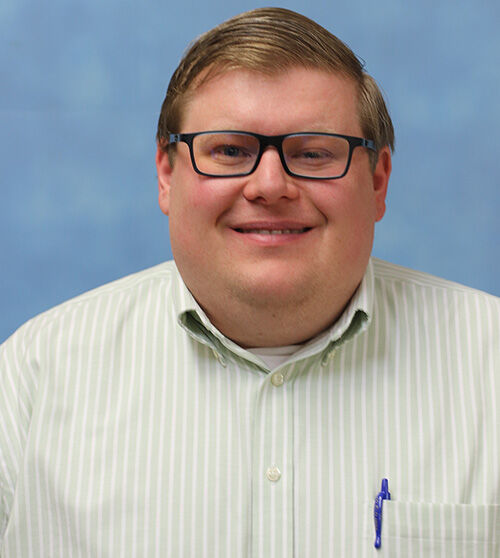 James Hicks is the Greenwood City/County reporter for the Index-Journal covering government, business, economic development and politics. James’s work has appeared in multiple newspapers across the country, and he was awarded – in his first year as a journalist -- the 2020 SC Press Association’s 1st place in enterprise reporting among small daily newspapers for his work chronicling the collapse of the Greenwood Partnership Alliance.

James is a ‘09 graduate of USC Upstate with a degree in communications and a minor in political science. He also obtained a Master of Science degree in Media Management from Arkansas State University in 2019. He resides in Greenwood, S.C. with his wife, Marie and their 83-pound St. Berdoodle, RiverSong.

Few opportunities allow others to make the split-second decisions that law enforcement are faced with daily. However, members of Greenwood City Council were able to put themselves in officers’ shoes last Monday through the police department’s simulator.

When news broke of concerns by independent auditors that Greenwood County First Steps had in kind and conflict of interest appearance issues, the nonprofit organization could have lost its annual grant funding.

Collaborative problem solving is the focus of the Greenwood Together Workforce Task Force as it seeks to solve the challenges of developing a workforce for Greenwood County’s many industries.

Ninety Six school officials are breathing a sigh of relief after a potential threat turned out to be a false alarm.

Status update: Bateman working behind the scenes on economic development

The work of an economic developer typically goes unnoticed until a major announcement is made but much of the work plays out behind the scenes. This is the case for Greenwood County Economic Development Director James Bateman.

Millions of dollars go unclaimed every year in South Carolina while millions annually get turned over to the state treasurer’s office.

Lack of computer chips to blame for shortage in new cars

Travelers along 72 Bypass and those interested in new cars have no doubt noticed the empty dealership lots that were once packed with new automobiles. No, the dealerships are not closing, they just don’t have inventory.

Rough road ahead: The process of road repair is complicated

When South Carolina motorists are traveling one of the state’s many roads, chances are they are dodging potholes on roads that are barely maintained and overused.