The Recreation Center building at Seaboard Ave. closed in 2009 and has seen little activity in the 12 years after. New Orleans Saints safety D.J. Swearinger purchased the building from previous owner Darlene Saxon on Jan. 11. 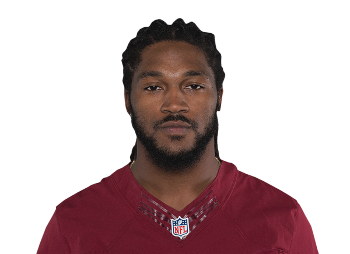 The decrepit building on Seaboard Avenue with the empty swimming pool to its side may once again become the community center it used to be.

New Orleans Saints safety and Greenwood native D.J. Swearinger announced via social media he is buying the building that was once known as the R.L. Stevens Center, or more popularly “Seaboard” or “The Rec.”

The Rev. Darlene Saxon, who sold the building to Swearinger, did not respond to a request for comment Wednesday.

Greenwood mayor Brandon Smith said Swearinger’s purchase had been talked about preliminarily between him and Swearinger.

“I am thrilled but not surprised to see D.J. giving back to the community,” Smith said. “He had mentioned this investment to me months ago, but I did not know how serious he was about this project specifically or that anything was imminent.

“I am excited to see the R.L. Stevens Center be reopened. It holds a special place in the hearts of several generations of Greenwoodians, who learned to swim and were tutored and mentored at The Rec.”

Swearinger’s high school teammate Josh Norman, who now plays cornerback for the Buffalo Bills in the NFL, is in the final stages of opening his Norman Teen Center. The Norman Teen Center will be staffed and operated by the Boys and Girls Clubs of America.

Norman invested $1 million into the Norman Center, which is being built on the site of Brewer Recreation Center.

The Seaboard Ave. recreation center was closed in 2009 after serving for many years as an after-school hangout for kids and a community recreation center, complete with a swimming pool and outdoor area with picnic tables.

The Stevens Center, however, closed in 2009 after the building fell into disrepair and fixing it would have required $500,000. The swimming pool was barred from opening in summer 2009 after a fire department inspection found several code violations.

Saxon acquired the property in summer 2010, with the County Council approving her plan to establish a center called Beyond the Walls Family Restoration Center.

The new center, however, saw little progress over the next 11 years. A story was published July 7, 2015, in the Index-Journal with the headline, “Seaboard community frustrated after the Rec is closed for 6th year.” Residents lamented in the story that little more than a new sign had been added to the building.

The Rec has commonly been referred as a safe haven for kids in a vulnerable area of Greenwood. The Norman Teen Center’s groundbreaking in 2019 brought hope to many that youth in Greenwood will be steered away from violence and illegal activity.

“It was a place that just felt like home,” County Councilwoman Edith Childs was quoted as saying in a July 7, 2015, Index-Journal story. “The Rec molded this community through the children who went there to learn how to swim.”

Since the closing of the Stevens Center, there has been no public swimming pool in Greenwood. Bishop Oliver McCray proposed in November 2020 building a swimming pool for the public in Magnolia Park.