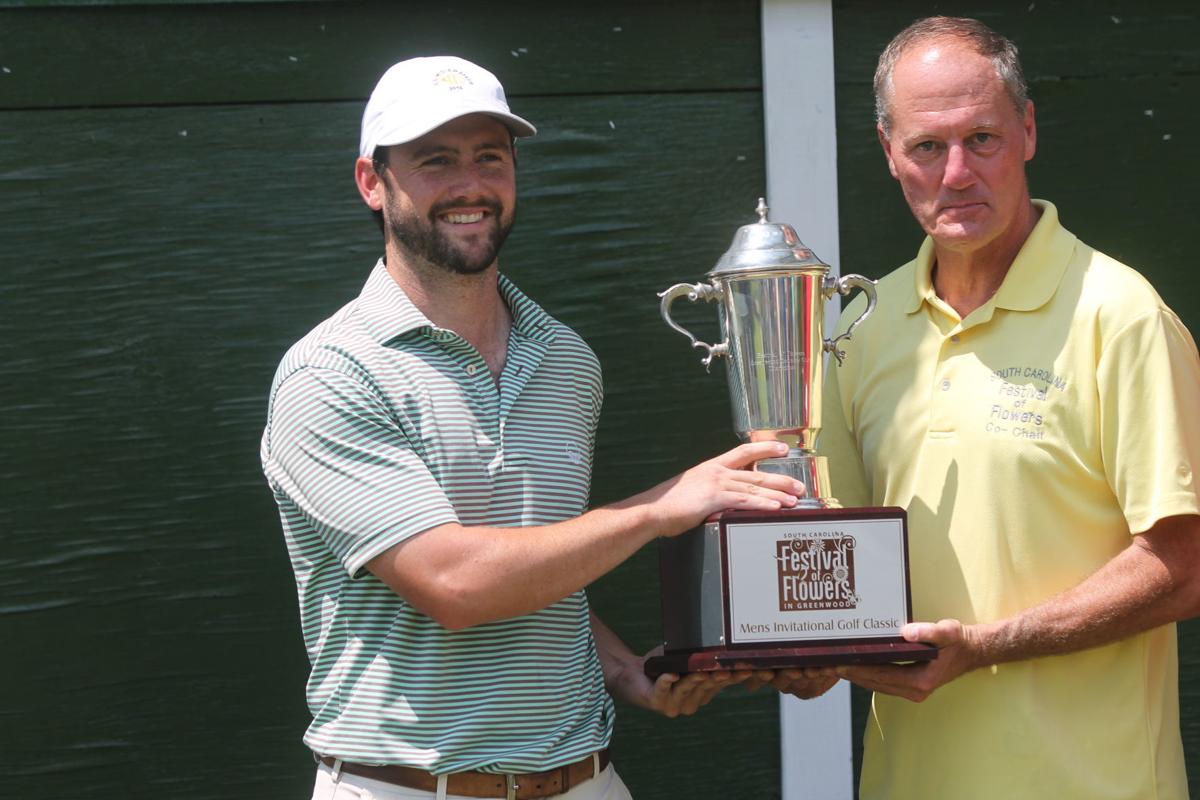 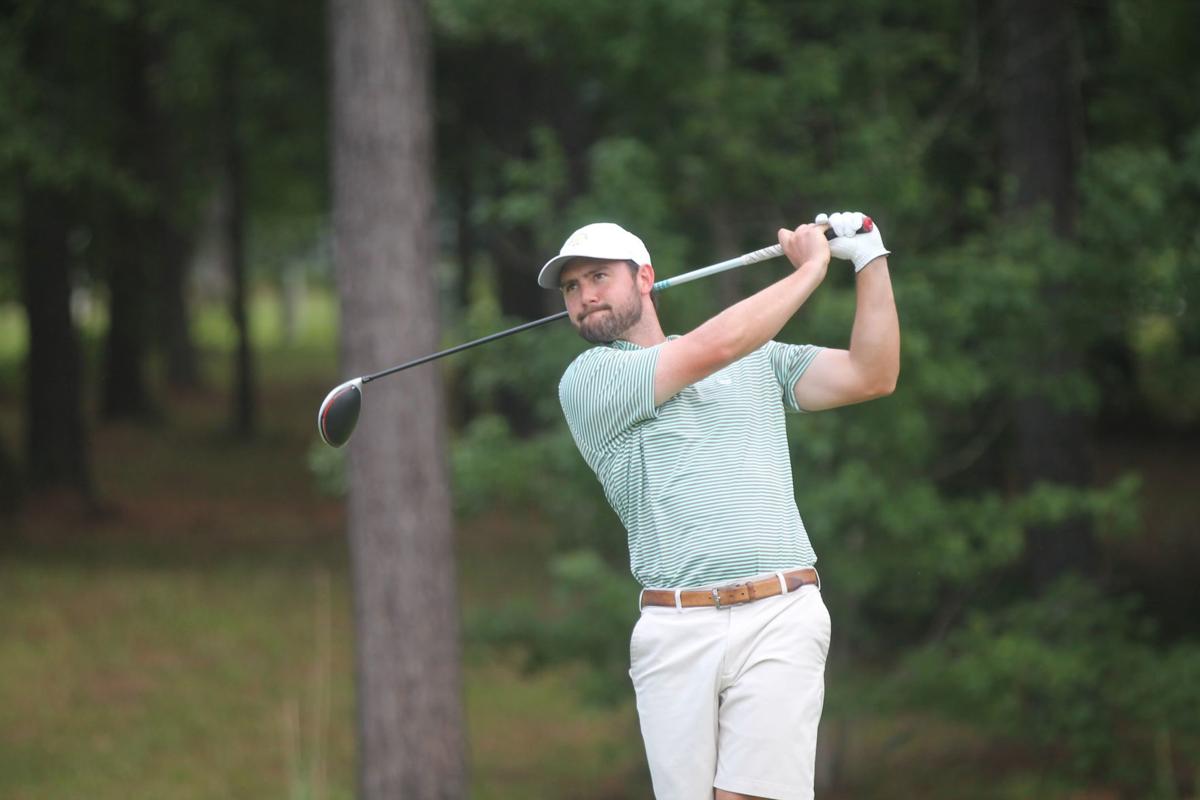 Jordan Sease hits a tee shot during the 2019 Festival of Flowers golf tournament. Sease won the tournament after a one-hole playoff. 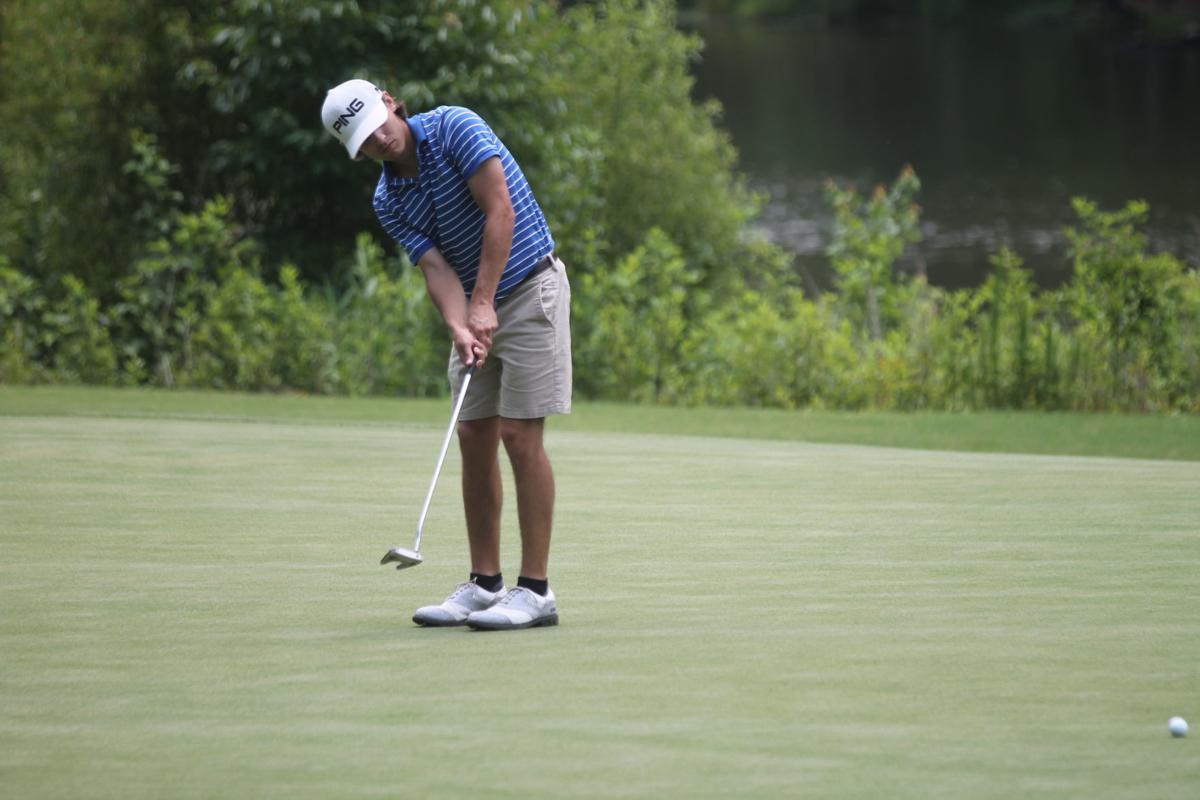 Gabe Kelly putts on No. 17 during the Festival of Flowers golf tournament. 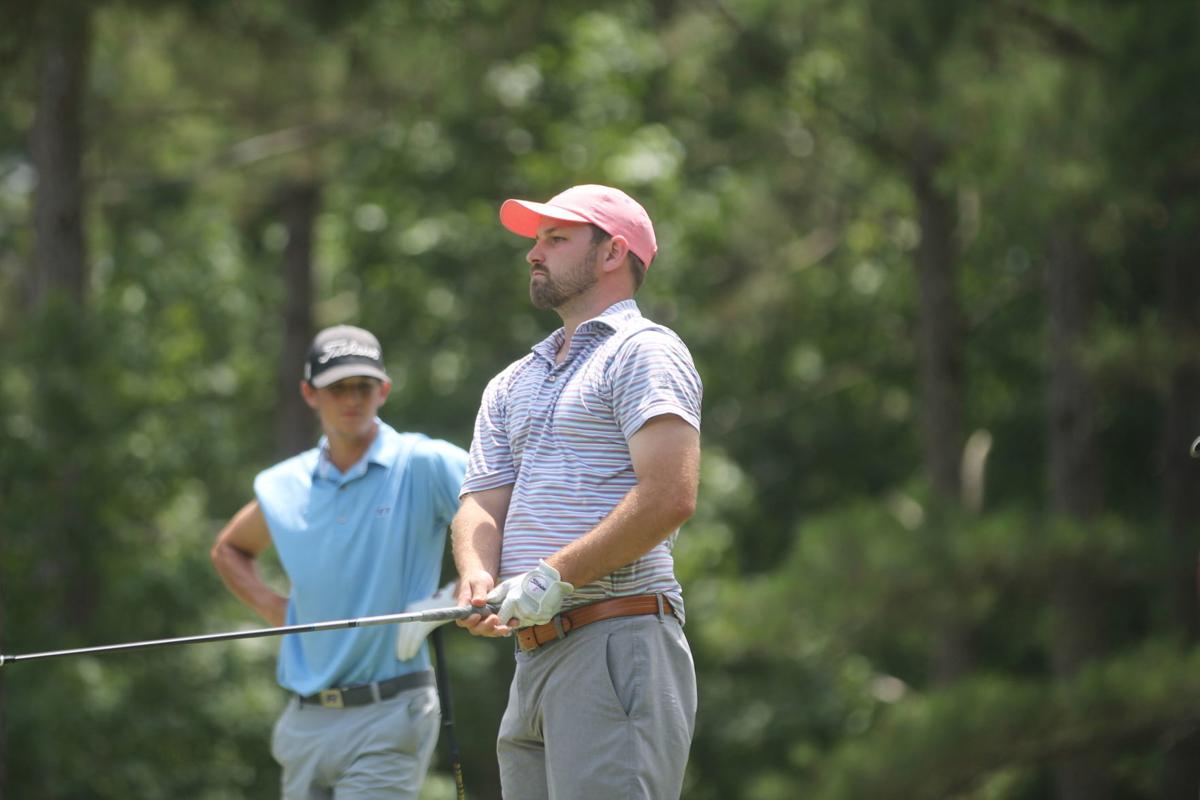 Kyle Bearden watches his tee shot during the Festival of Flowers golf tournament.

Jordan Sease hits a tee shot during the 2019 Festival of Flowers golf tournament. Sease won the tournament after a one-hole playoff.

Gabe Kelly putts on No. 17 during the Festival of Flowers golf tournament.

Kyle Bearden watches his tee shot during the Festival of Flowers golf tournament.

NINETY SIX — After a couple of players dropped out ahead of the tournament, Kyle Bearden called his former teammate, Jordan Sease, and asked if Sease could step in.

How could Bearden have known that call might cost him the tournament title by the end of the day on Sunday?

In Sunday’s final round, Sease finished his round two groups before Bearden, shooting a 2-under 68. Bearden, whose three-shot lead dissolved to one on No. 18, made it to the 18th green needing to two-putt to win the tournament.

Bearden’s putt for birdie rolled wide, and Sease made birdie on the first playoff hole to win the 2019 Festival of Flowers men’s championship division golf tournament at The Patriot at Grand Harbor.

“It feels great. I always enjoy playing in this,” Sease said. “I used to play in it when I was at Greenwood (Country Club). We used to play our conference championship out here in the Big South, so I was familiar with the course. It was good. I finally got a win under my belt.”

Sease, who is from Lexington, and Bearden, who is from Barnwell, both played golf for Winthrop and graduated in 2012. Sease shot 2-over par in the first round and won the tournament at even par.

In the playoff, Sease put his second shot on the par-4 No. 1 just a few feet away from the hole.

“We played a lot together over the years, so it was cool playing him in a playoff,” Sease said of facing Bearden in the playoff. “I hate that he three-putted.”

Casey Smith of Greenwood won the club division tournament with a 72 in the first round and a 75 in the second round.

Gus Sylvan won the super senior division. Walter Todd Sr. won the senior division, shooting a 64 in the second round. Todd shot the lowest round in the tournament across all divisions.

“Played better today,” Parker said. “Putts still weren’t going in, and I think a lot of people had trouble with that. But I played well today and I finished in a tie with Skyler McFaddin. It was pretty cool.”

McFaddin played alongside former PGA Tour player and former South Carolina golf coach Steve Liebler on Sunday. Liebler finished tied for eighth with a 2-over 74 in the second round.

Ninety Six alumnus Gabe Kelly, a rising sophomore on the golf team at Lander, shot a 3-over 75 on Sunday.

Another win falls into Keselowski's lap in final moments

The Latest: US sends Brazil malaria drug for COVID-19