Skip to main content
You are the owner of this article.
Edit Article Add New Article
You have permission to edit this article.
Edit
Home
News
Sports
Obituaries
Viewpoints
Lifestyles
Lakelands Connector
e-Edition
Subscriptions
Classifieds
SC Public Notices
About Us
1 of 28 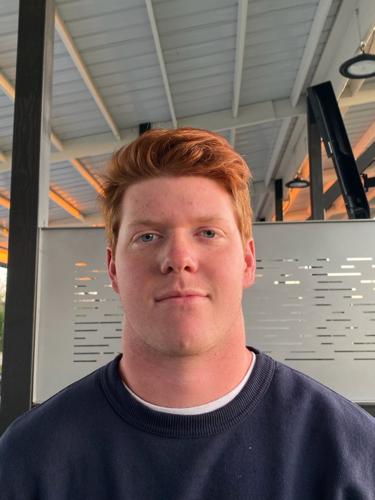 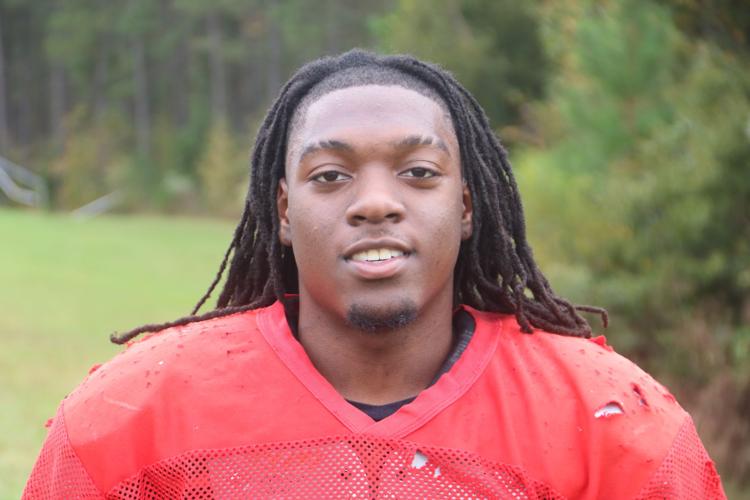 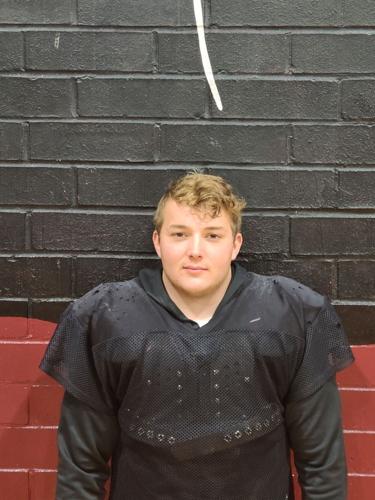 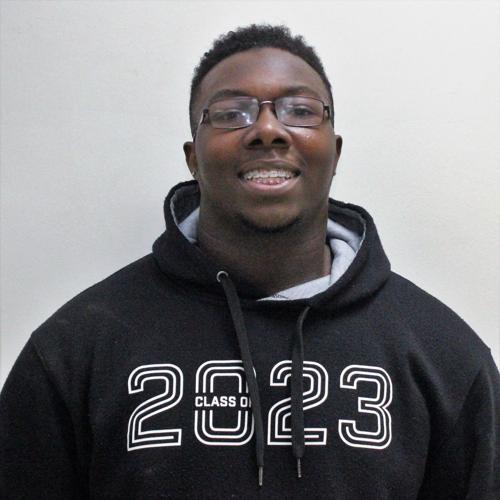 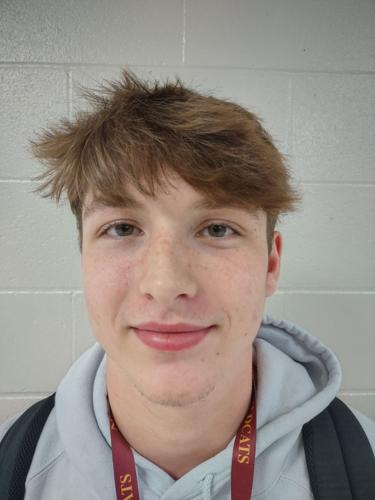 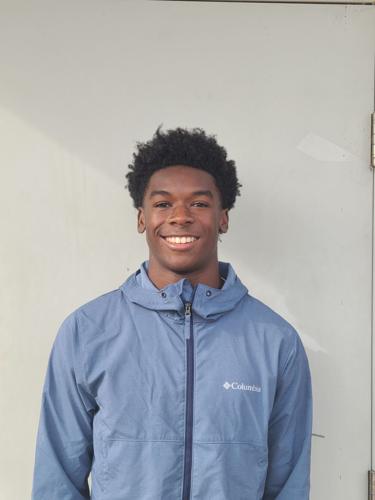 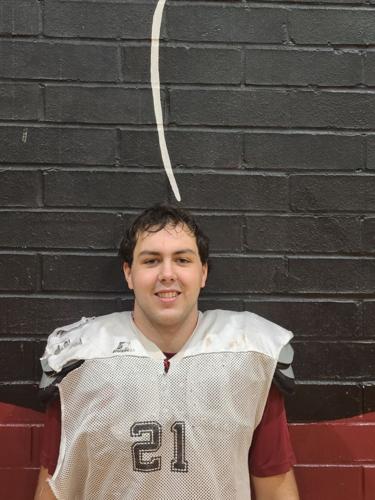 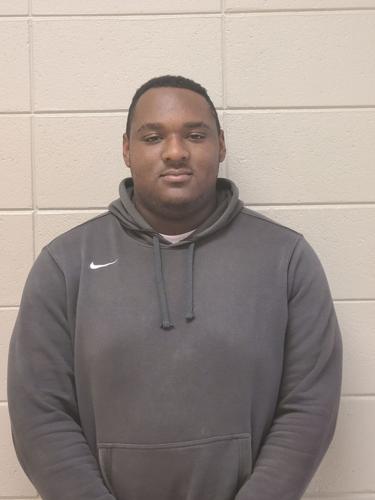 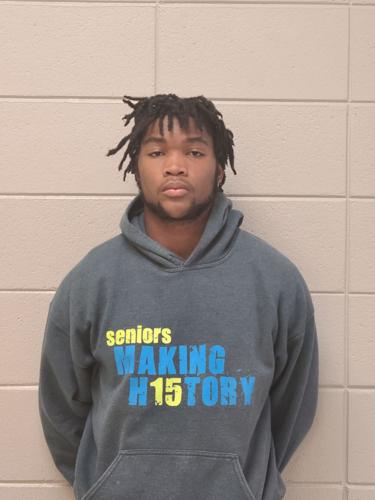 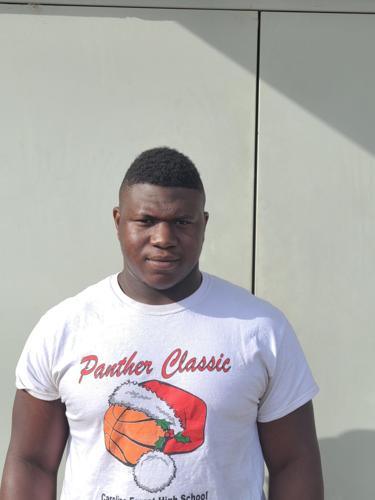 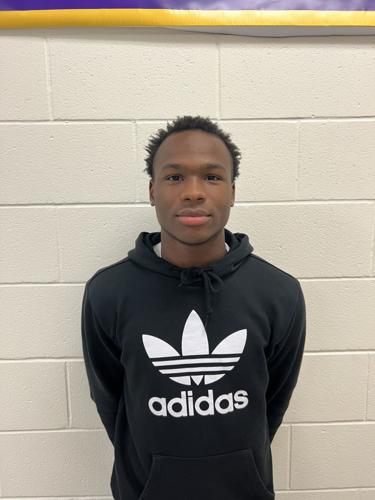 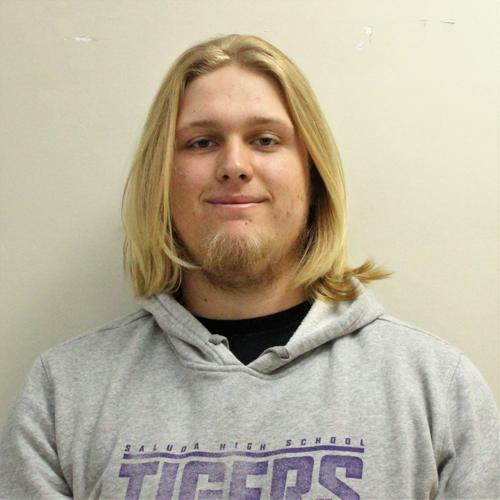 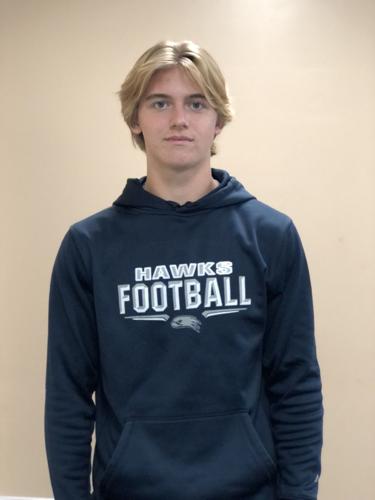 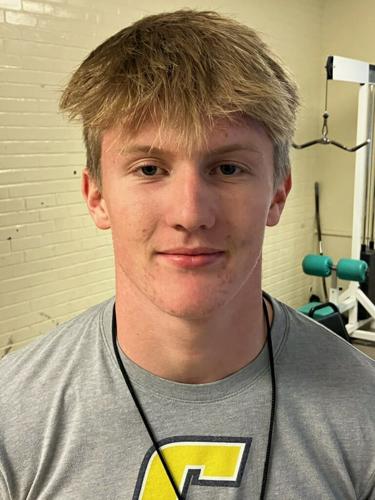 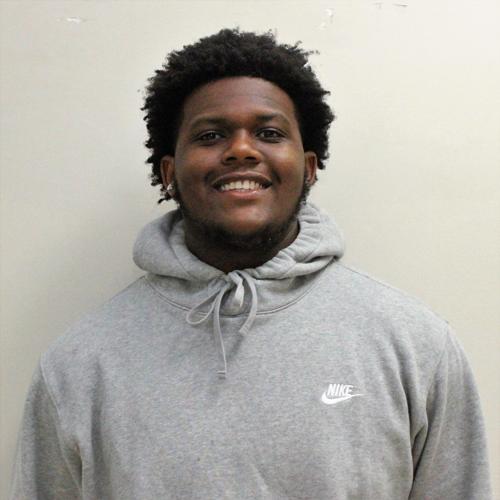 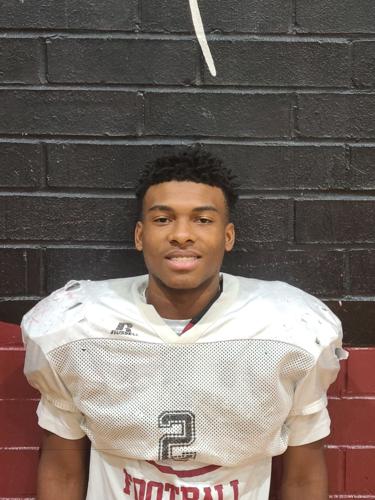 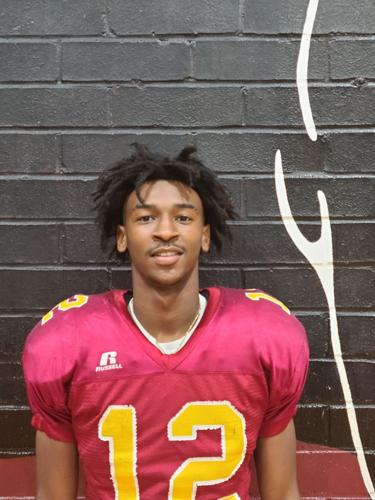 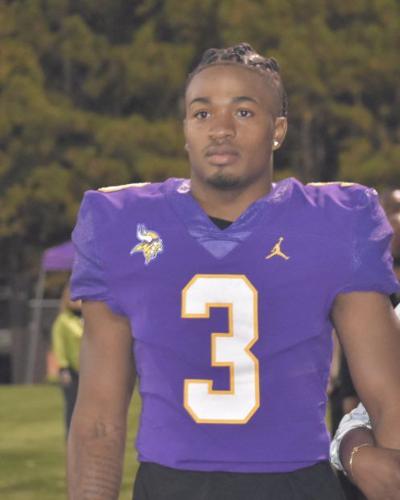 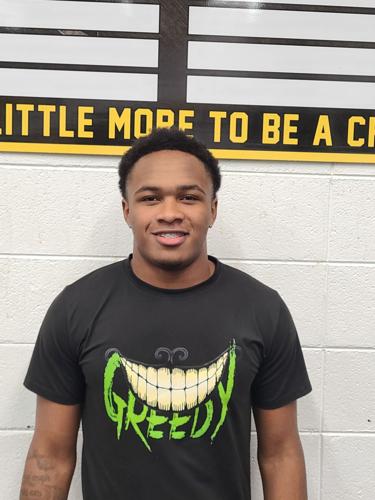 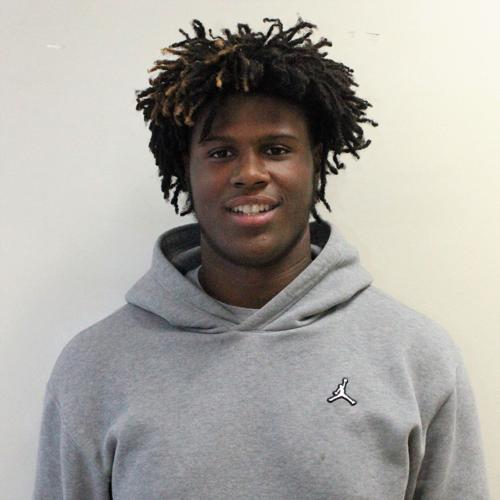 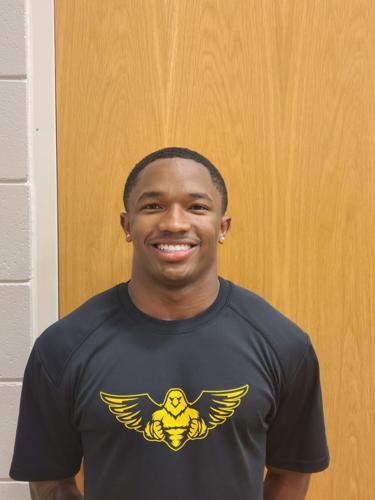 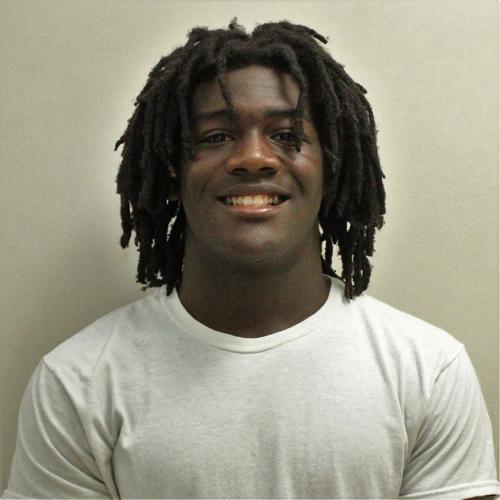 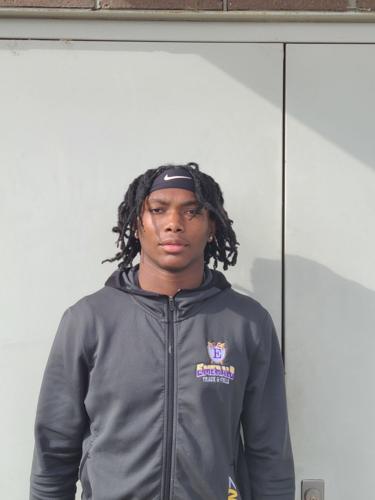 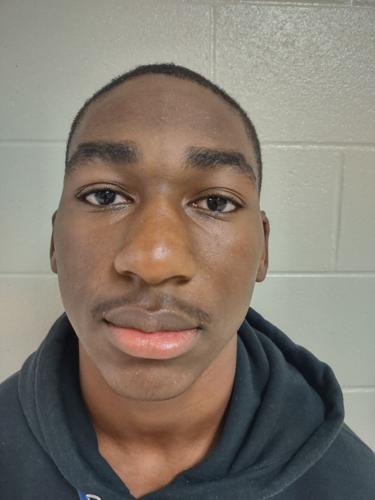 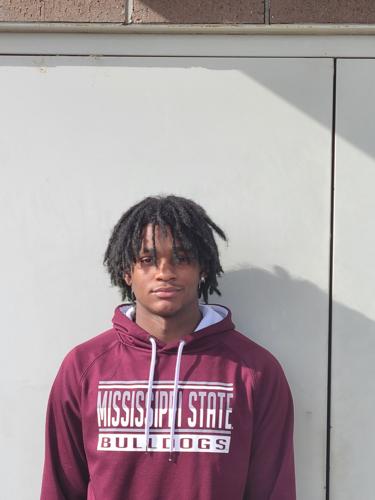 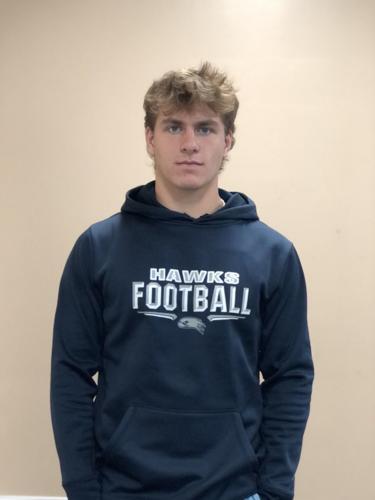 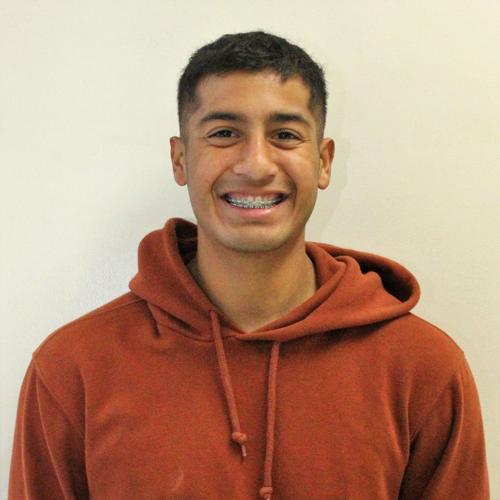 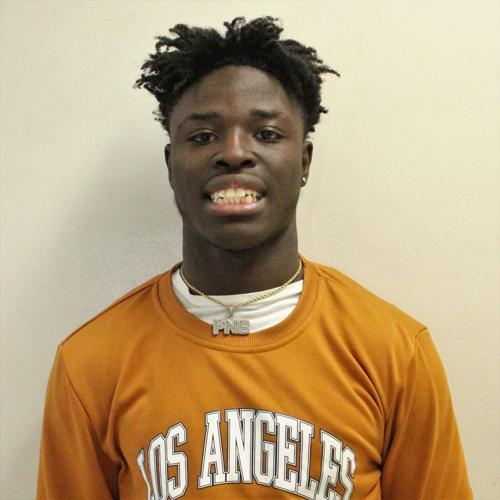 The Lakelands has a lot of pride in its football teams, and for good reason. After a tough 2022 season that had a lot of storms early in the year and some in the middle that pushed games to various points in the week, the Lakelands had another successful season.

Eight of the 10 teams reached the playoffs. Three teams, Abbeville, Saluda and Greenwood, reached the second round, while Abbeville and Saluda reached the third round.

The Tigers are a senior-laden team, and that group performed how they should have, dominating most of the regular season, including holding the No. 1 ranking in 2A for more than half the year.

The Tigers were led by Tyleke Mathis, who did everything for the Tigers. He lines up at wide receiver, running back and quarterback. He finished with more than 1,200 total yards, accruing 511 yards rushing, 460 receiving and 300 in special teams.

Alongside Mathis on offense, Bernard Werts and Gage Rinehart were selected off the Tigers’ offensive line. Werts led the Tigers experienced offensive line, grading at 93% this season. Right behind him was Rinehart, who graded at 92%.

On defense, the Tigers were led by Jabori Brown and JT Lott on their defensive line and Kenmane Brunson at middle and outside linebacker.

Brunson is a two-time Lakelands selection, who finished as Saluda’s leading tackler with 97 tackles. The junior added 13 tackles for a loss, a quarterback pressure, a forced fumble, a fumble recovery and an interception.

The final selection is also a senior, as Sam Espinoza continues his reign as the All-Lakelands punter. Espinoza finished the year with 31 punts for 1190 yards, for an average of 38.4 yards a punt. Eighteen of the 31 punts landed inside the opposing 20.

Emerald’s success this season started with its defense. In the middle of that success was the linebacker duo of KJ Morton and Leborris Warren.

On the defensive line was Don Travis Jackson. The junior was a force for the Vikings off the edge, finishing with nine tackles for a loss and 45 total tackles. In the secondary is Bradlee Jones. The senior finished with 65 total tackles with eight tackles for a loss, four interceptions and five pass breakups even though he missed three games with a broken finger.

On offense were the former wingbacks Jaylen Foster and Ean Ryans.

Ryans played receiver this year, finishing with a Lakelands-high 634 receiving yards on 68 catches.

Foster was the engine that made the Vikings go this year, accounting for 1,529 total yards and 19 touchdowns. He ran for 1,214 yards on 213 carries, finishing with a Lakelands-high 17 rushing touchdowns.

For the second year in a row, two Greenwood offensive linemen were selected to the All-Lakelands team as senior Noah Kastner and junior David Whitener were selected. Kastner was the lone returner to the Eagle line. He graded as the best Eagle lineman with 91%. Followed by Kastner was Whitener at 88%.

Alongside the two lineman, Greenwood quarterback Kaleb Burton was selected as an athlete. Burton, who was selected to the Touchstone Energy Bowl junior showcase as a defensive back, finished with 962 rushing yards from his spot as the Eagles quarterback, racking up 1,246 total yards and 12 touchdowns.

On defense, Greenwood’s leader was Josiah Jeffery. The senior was selected as an athlete because he played linebacker, outside linebacker, safety, quarterback and wide receiver for the Eagles this year. The senior finished with 70 total tackles this year and recorded nine tackles for a loss, a sack, forced fumble and a fumble recovery. The North-South selection also had 408 yards and eight touchdowns on offense.

Alongside Jeffery, senior defensive lineman Cord Morton was selected. Morton was a stop-gap in the middle of the Eagles defensive line, finishing with 39 total tackles and 11 tackles for a loss while facing some of the best offensive lines in the state.

Four Panthers were selected, two on offense, one on defense and a special teams player.

On offense, Abbeville rotated through several running backs, but Jamal Marshall was a standout. Marshall led the Panthers in total yards, accounting for 834 yards. He ran for 815 yards on just 71 carries to go alongside seven touchdowns.

Blocking for Marshall is senior Bryson Hershberger, who has been the best lineman for the Panthers this season.

On defense, is safety Javario Tinch. Tinch is the leader of the Panthers secondary, accounting for 35 tackles and three tackles for a loss. He also has four interceptions and four pass breakups.

Addison Nickles has one of the biggest legs in the Lakelands and is the kicker of the team. Nickles has drilled two field goals this year and has hit 29 extra points. He is also a North-South selection as a kicker.

Ninety Six junior Braden Mitchell took over the quarterback job during the summer, and produced all year for the Wildcats. Mitchell led the Lakelands in total yards with 2,006 this year, dicing teams in the passing game while being a bruising runner. He accounted for 28 total touchdowns, running for 18 of them. He ran for 529 yards and threw for another 1,477 yards.

His favorite receiver Ladarion Waldrop was selected as a defensive back. Waldrop, also a junior, finished with 31 tackles. His claim to fame on defense was disruption as he intercepted five passes and broke up another six, both of which were second in the Lakelands.

On defense was outside linebacker Nate Rooney. The senior recorded 72 total tackles while recording a school record 20.5 tackles for a loss. On offense, sophomore Hampton Davis was selected. The wide receiver finished with 1,313 yards and nine touchdowns. He finished with 418 rushing yards and four touchdowns, but he set the school record in receiving yards (556) and catches (39). He also had 339 yards on special teams.

Running back A’Chean Durant has been a staple on the All-Lakelands team, achieving the honor in all four of his high school seasons. Durant was a monster for the Chiefs, recording 70 tackles on defense with an interception returned for a touchdown on defense. But more importantly, the senior was a force on offense. He accounted for 1,946 total yards this year, recording 1,225 on the ground, 483 on special teams and 238 receiving. Overall he finished with 16 touchdowns.

Returning to the All-Lakelands team is senior Hunter Satterfield. Satterfield ran for roughly 600 yards in nine games this year, but really stared on defense for the Hornets. The senior finished with 43 tackles from his safety position, but led the Lakelands in interceptions with six, while adding three pass break ups.

This offer is currently unavailable.