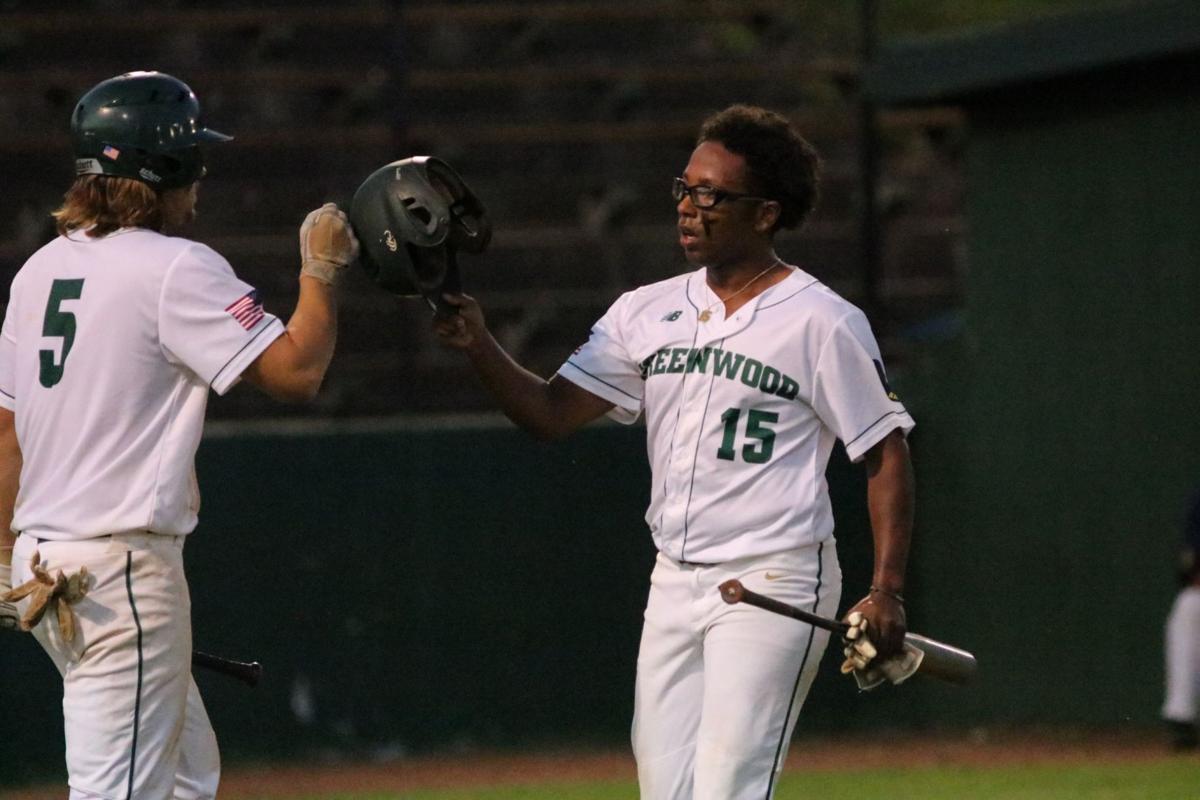 Post 20’s Braylon Barbour, right, celebrates with Zach Faulkner as Greenwood picks up its first home victory of the 2021 season on Thursday. 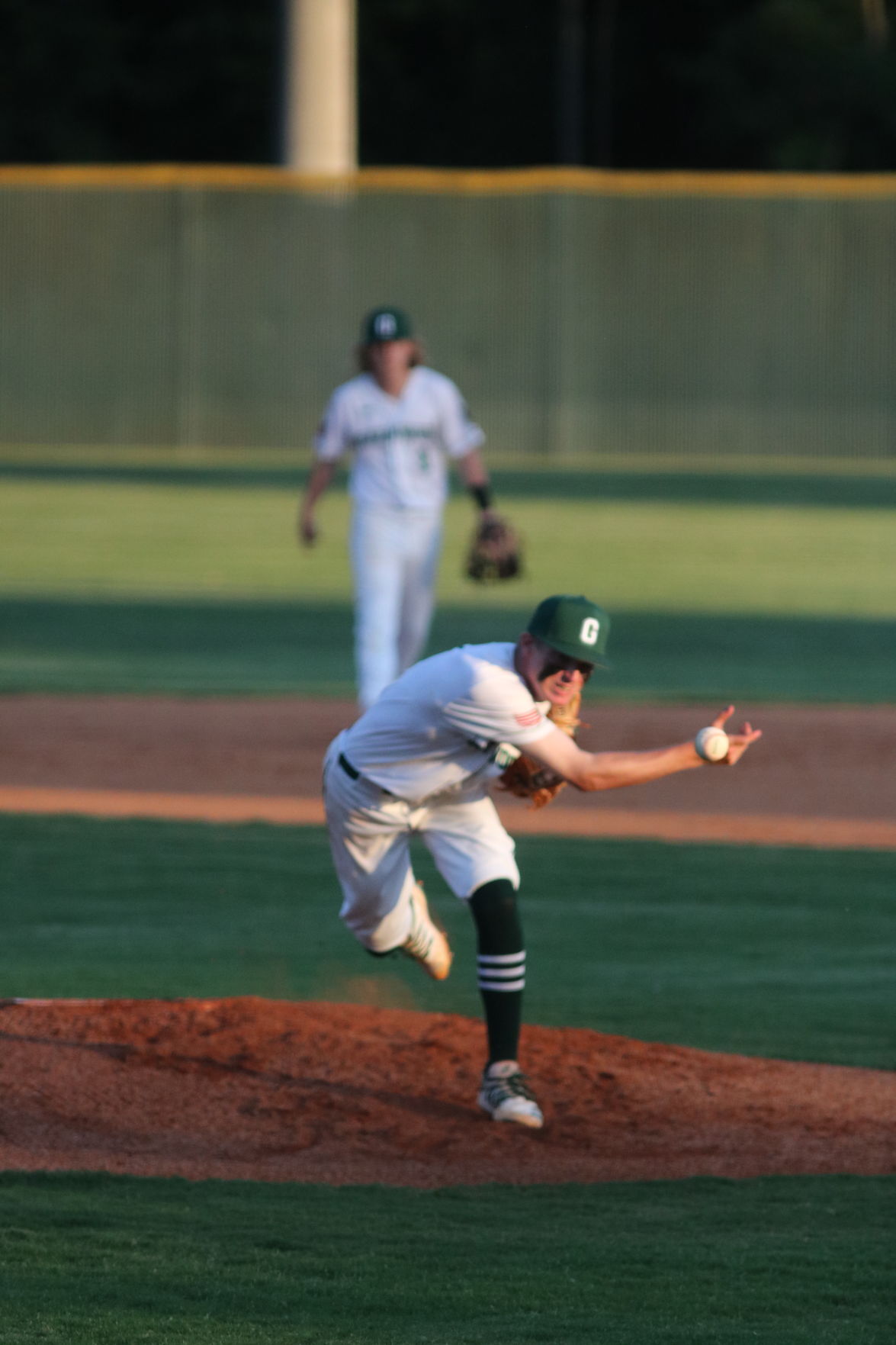 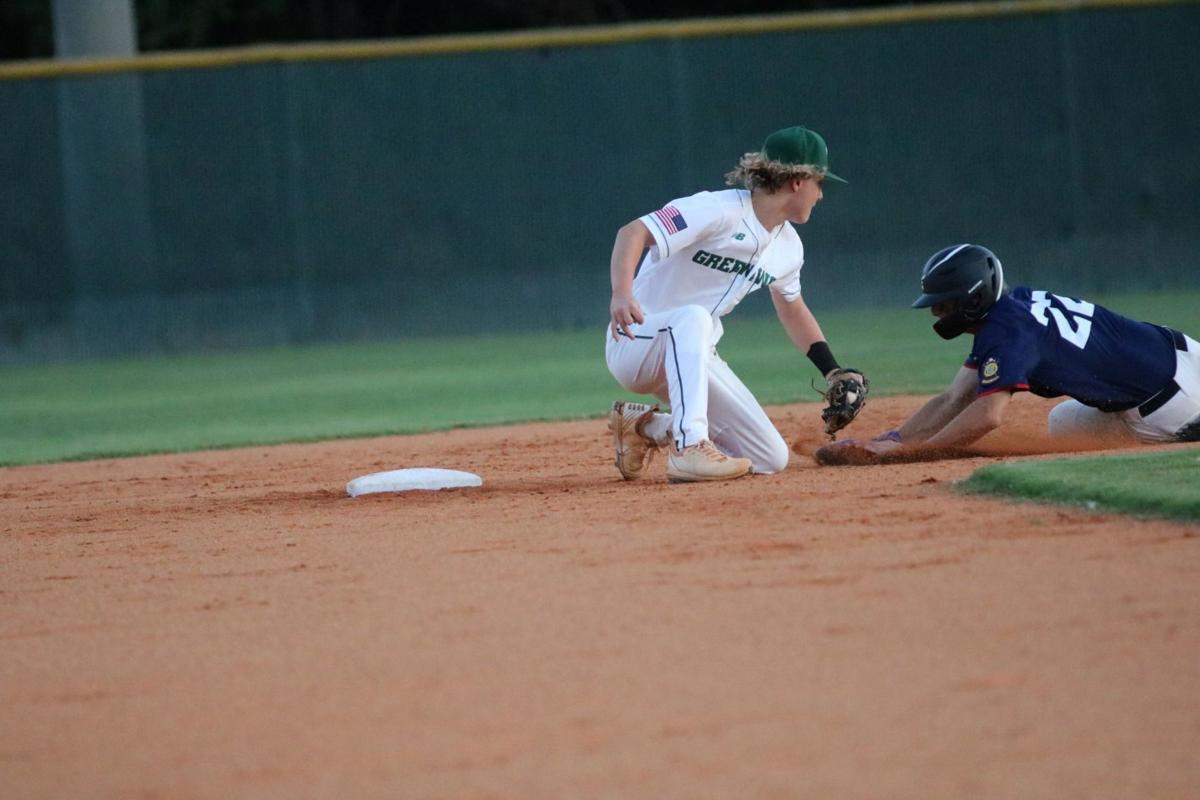 Post 20’s Braylon Barbour, right, celebrates with Zach Faulkner as Greenwood picks up its first home victory of the 2021 season on Thursday.

Greenwood Post 20 picked up its first win in its home debut this season after another solid hitting display. Greenwood cruised to a 5-3 victory against Post 79 West Columbia.

Post 20 has split all four of its games this season and, in both wins, the offense, moreover the consistency in the lineup, propelled the team to victory.

“On offense, we had a good approach,” Post 20 coach Nate Hamilton said. “We had one rally there with two outs and we were able to string together some hits and score a couple of runs. (We) didn’t give up on anything really.”

Coming into Thursday’s matchup, Hamilton admitted the offense’s production was not at the rate he wanted, so he decided to make a change, by flipping his lineup.

The hitters who were slotted closer to the top of the lineup, found a rhythm at the bottom of the lineup against West Columbia, accounting for three of the teams five runs.

One of the players who shined in the bottom half of the lineup was Braylon Barbour. The Greenwood High School alum went 2-for-3 with an RBI triple against West Columbia. The confidence at the plate bled through to his defensive play as his night was capped off in style because of a throw from left field that caught a Post 79 runner out at home plate.

“He’s played (well) in left field for us,” Hamilton said. “(Left field) is not his primary position and he is kind of playing out of position as a need right now. He made a good throw right there.”

That throw came at just the right time as West Columbia began to claw its way back after an RBI double by Reign Lybrand in the top of the sixth. Although Post 20 yielded two runs in that inning, Greenwood got consistent pitching from all four of its pitchers.

Post 20 starting pitcher Nolan Prince set the tone for Greenwood as he went three innings and allowed just two hits in the win.

“(Prince) is a short relief guy, someone you are looking for one or two innings from,” Hamilton said. “We were short on arms tonight and we knew it was going to be a team effort, but (he) really saved us tonight.”

Clemson picks up another 4-star prospect

Monday Musings: It takes a village to help cover all our teams

Monday Musings: Give the Olympics a chance

Monday Musings: The sanctity of sports