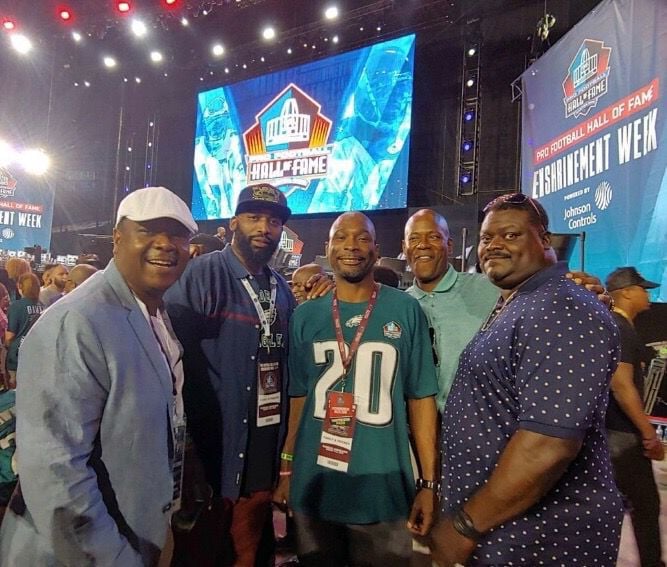 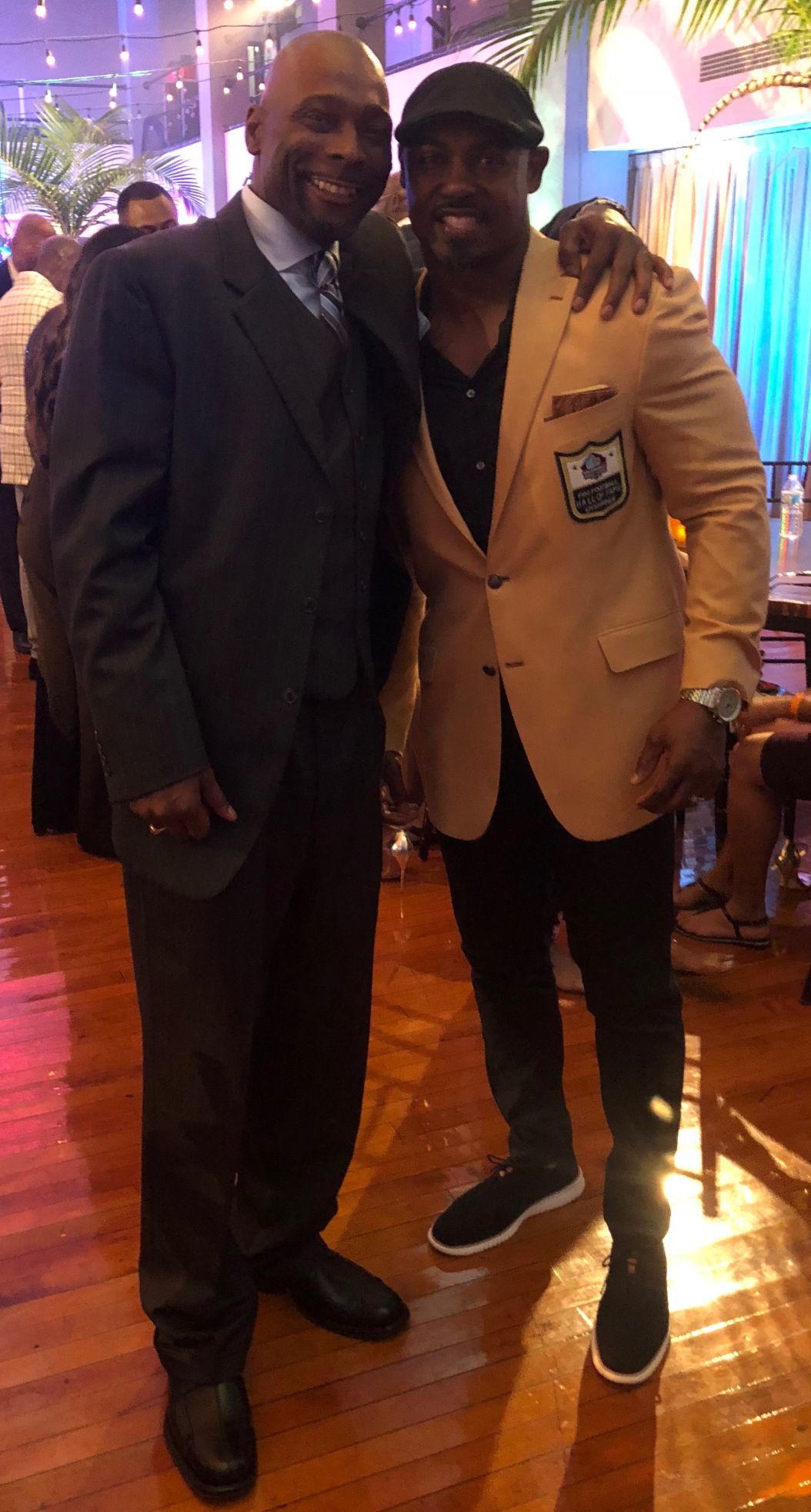 The former Clemson and Abbeville High safety accompanied college teammate Brian Dawkins when Dawkins was inducted into the NFL Hall of Fame on Aug. 4.

“It was a once-in-a-lifetime opportunity and it’s something I’ll always cherish.” Evans said. “It meant so much because I know the guy on a personal level and he’s like family.”

And it was cathartic, too.

Evans’ trip to the ceremony was the first time Evans returned to the site of a horrific career-ending neck injury 16 years ago.

“That made it even more special when he was going in. It was like a celebration in two or three ways for me,” Evans said.

“Last time I was carried out of there, but this time I was able to walk in and walk back out.”

During the first game in Houston Texans’ franchise history, the preseason Hall of Fame game at Fawcett Field in Canton, Evans suffered a bruised spinal cord when he rushed a New York Giants blocker. After Evans pushed his head into the opponent, he lay on the ground motionless.

Evans never returned to professional football after the injury. He played for the Washington Redskins from 1996 to 1999 and the Los Angeles Xtreme in the XFL before joining the Texans.

“It was a lot of justification with that trip for myself on a personal level,” Evans said.

Evans roomed with Dawkins for their senior year, and Evans saw firsthand the work rate Dawkins developed that led him to the Hall of Fame.

“I’ve never seen a player that had the wheels that Brian had,” Evans said. “We were roommates on the road and during gameday or game night, he would be in there doing push ups and sit ups and everything else. He led by example, especially when we did our workouts.”

Dawkins is the first Clemson player to be inducted into the Hall of Fame. He started 182 of 183 games and recorded 898 tackles, 34 interceptions, 32 forced fumbles, and 26 sacks with the Philadelphia Eagles.

“I was breathtaken by a lot of players, people that I’ve seen,” Evans said. “I had a great personal experience with that. I’m in that same fraternity, but I was in awe of such players when I saw them myself. It was a great moment.”

In Bolsonaro's Brazil, everyone else is to blame for virus