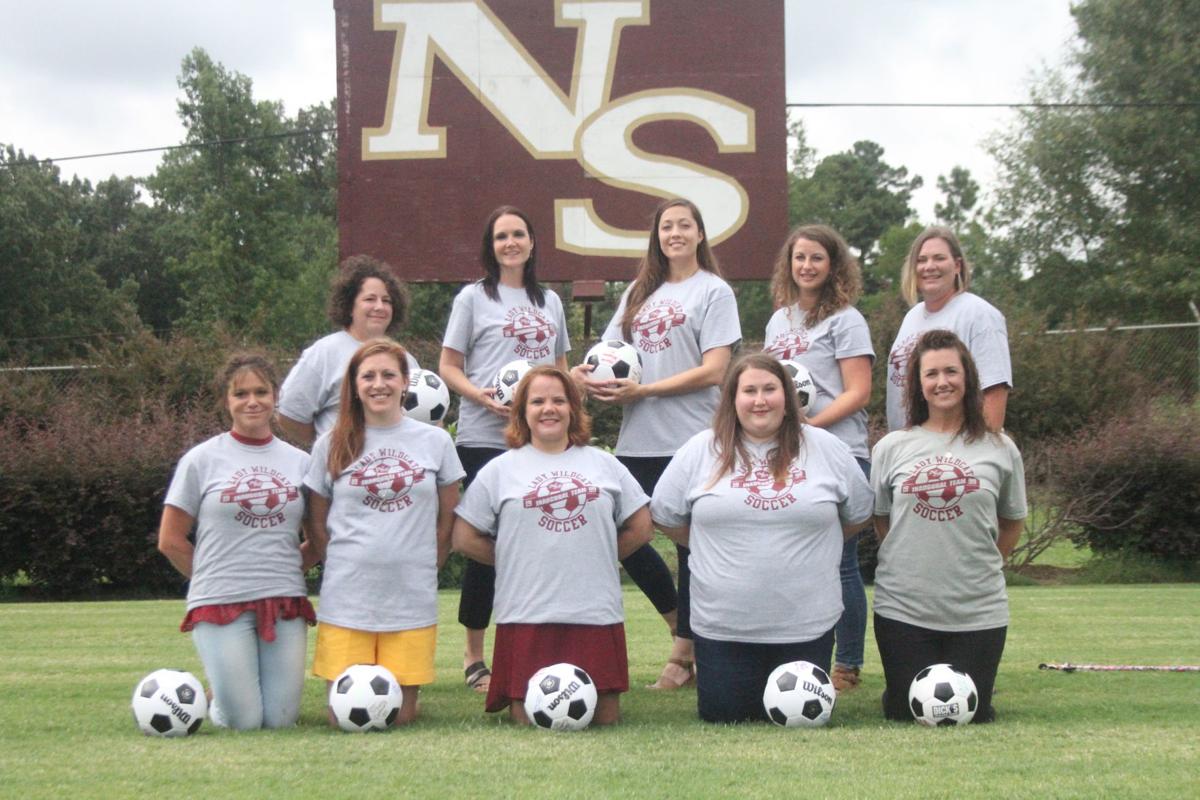 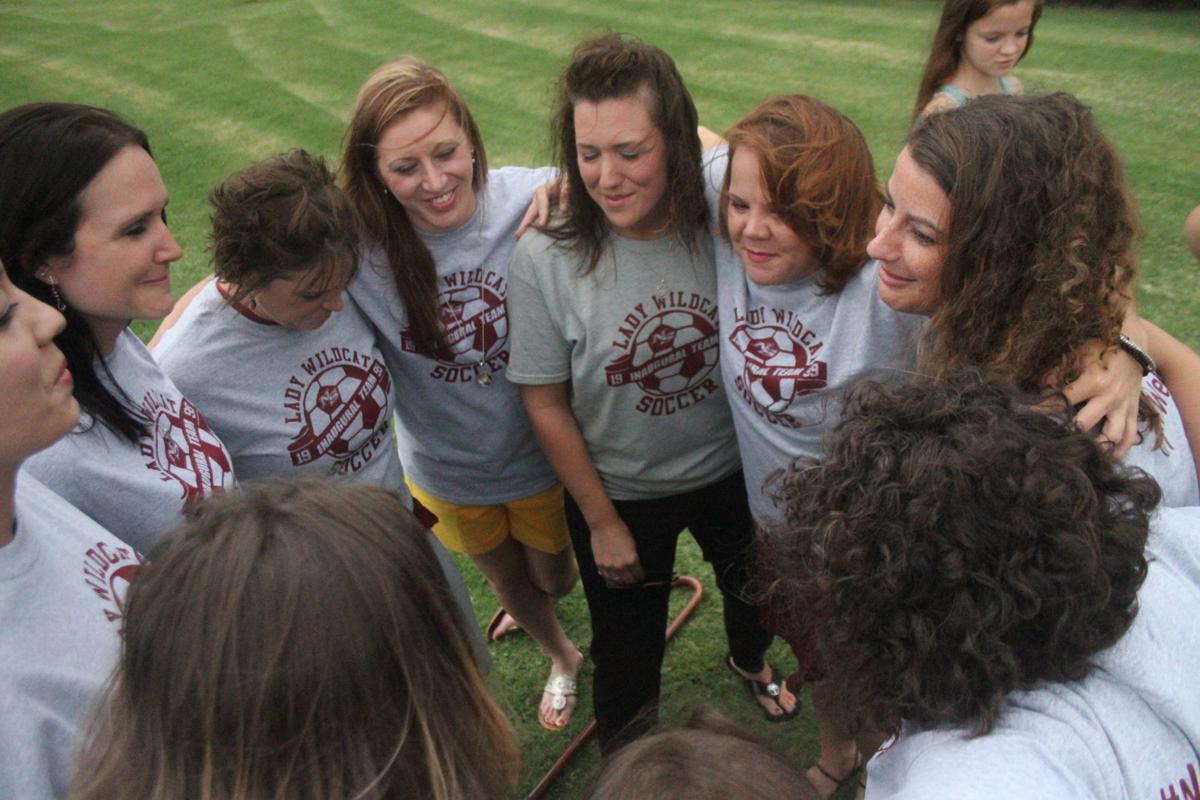 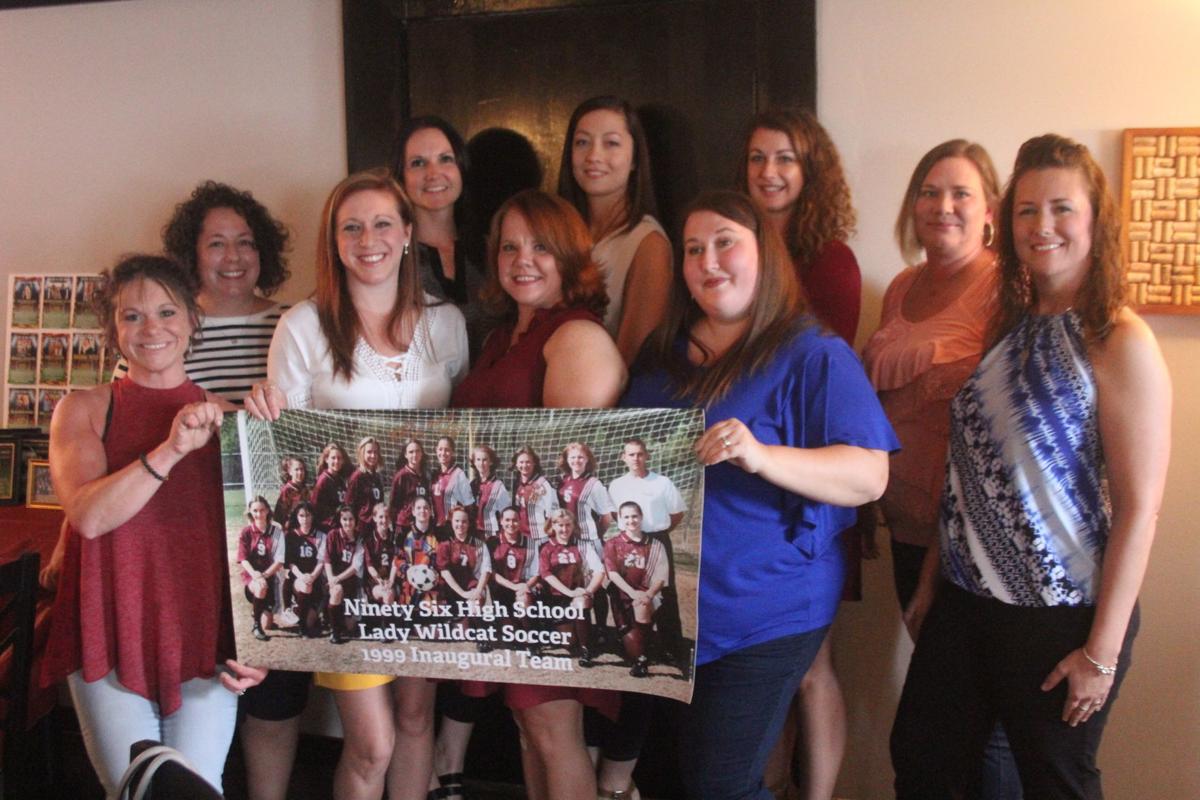 It’s been 19 years since the team was together.

It’s been 19 years, but together the group enters into Bill Withers’ 1972 song “Lean on Me,” just as they did on the way to and from soccer matches back in 1999.

The inaugural Ninety Six High School girls soccer team adopted the song shortly after forming in the spring of 1999. It was symbolic for the team. While it’s true the Wildcats failed to win a match that season, the team’s spirit was always high, and you could tell when they sang.

“Even if we lost, we couldn’t hide heart, and that’s what made this motley crew a unit,” Anderson said. “Everyone was accepting of each other, no matter the individual skill level. We didn’t just accept each other, we appreciated and made sure we encouraged each other, and that isn’t typical for competitive teenage girls.”

Jack deVroomen calls himself the Ninety Six girls soccer team’s No. 1 fan. His daughter, Miranda deVroomen Tarlton, was a freshman at Ninety Six High School in 1999 and played on the inaugural team.

Jack deVroomen grew up around soccer in the Netherlands and wanted his daughter to have the same opportunity.

“I had to go up to the school board and say, ‘You have to get with it. Soccer is the No. 1 sport in the world,’” he remembered.

The team got a late start to the season and didn’t win a match all season, constantly losing to schools with established soccer programs. And on top of being a newly formed team, the girls even had to share uniforms with the boys soccer team, which was also in its first season.

Arvie Bennett coached the girls team but had more baseball than soccer in his background. Bennett, who graduated from Lander in 1999, helped start the school’s baseball program at the club level as a student.

Bennett’s father played soccer at Lander and coached boys soccer at Barnwell High School at the time, so Bennett would gut out the three-hour trip to Barnwell to model his coaching strategy after his father’s.

“They were taking a crash course in a very complex sport that, tough simplistic on the surface, becomes increasingly difficult as the level of competition increases,” Bennett said. “If memory serves me correctly, we had approximately four weeks to prepare for our first game, and though these young ladies had more heart and charisma than any group I had ever seen, our knowledge of the game itself coming along slowly.”

Still, Rhianna Yates netted the first goal in Ninety Six girls soccer history when she scored against Class 4A Greenwood, a team many players considered far superior to their first-year program.

Ninety Six had six freshmen on the 1999 team, including Miranda deVroomen Tarlton and Missy Tellin Greenlee. By the time they were seniors, Ninety Six was no longer looking for its first victory. Instead, the Wildcats were looking for playoff wins.

The team made it to the playoffs during the 2002 season but lost in the first round. However, one of the Wildcats’ most impressive wins that year came in March 2002 when they knocked off Southside Christian, 4-3, in penalty kicks. The win moved Ninety Six to 6-2 at the time, a far cry from the inaugural team’s record.

“We didn’t even win one game, but we did pave a path. Not just future players, but for some of our children,” Natasha Dickson McCord said. “Playing that year is the one thing I can honestly say holds the best memories of high school for me.”

Anderson was one of two seniors on the 1999 team — Jennifer Kelly Cathcart was also a senior — yet she found herself spending more time with the team’s freshmen than with her friends who didn’t play soccer.

To Anderson, the relationships with her teammates are timeless.

“As awful as I believe I was at soccer, I received the Wildcat award that first season. This award was voted upon by my teammates,” Anderson said. “It’s just high school recognition to some, but because of what my teammates mean to me, and what we learned together about life and soccer, the award is one of my prized possessions.”