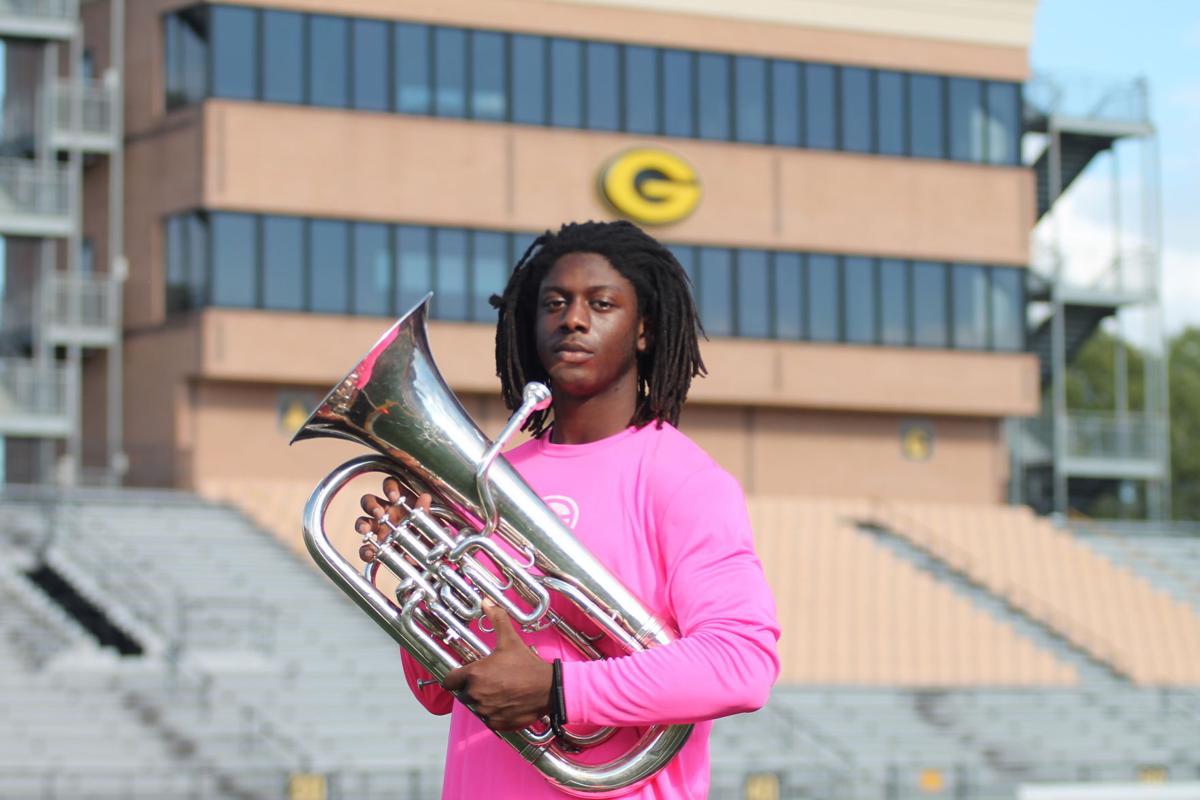 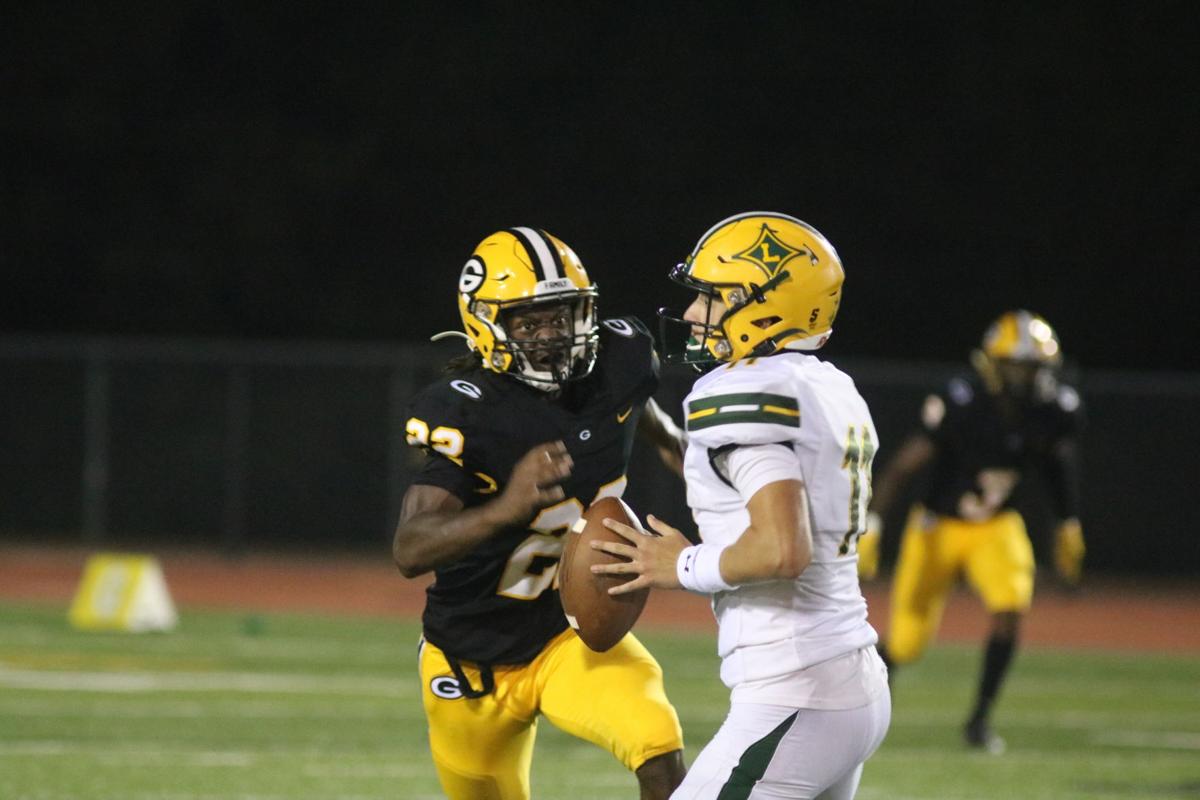 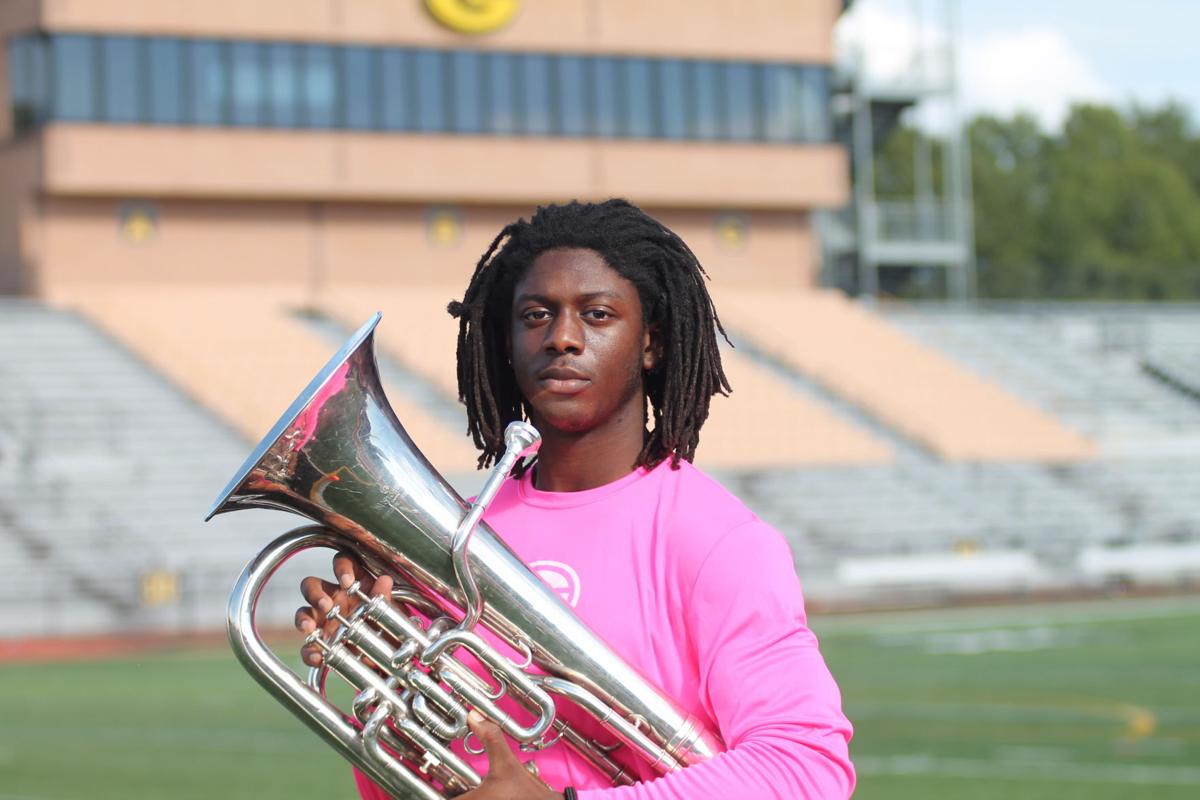 Greenwood senior Ethan Richardson is a reassuring presence on the football field.

The linebacker is never out of position and always reliable in coverage or coming off a block to make a tackle. He’s experienced and dependable, a steady leader on a lights-out defense.

“He’s a disciplined player,” Greenwood defensive coordinator Zach Norman said. “He’s always going to be in the place he needs to be. ... He’s a teammate on the field and off the field that everyone loves, and I’m excited to be coaching him.”

As locked-in as Richardson appears on the football field, the sport is just one activity he seems to excel at. He’s just as comfortable in front of a page of sheet music, playing songs and hymns.

Richardson plays the euphonium, which is a medium-size brass instrument. His talent with music has taken him places, but most importantly to Richardson, it’s an avenue to growth in his Christian faith.

“A lot of it has to do with my faith,” Richardson said. “When I started out, I started playing hymns. A lot of the music I play is based on hymns and it connects me in a certain way, because they’re all based off scripture. A lot of that is what keeps me moving.”

Richardson started playing music when he was 8 years old and met Samuel Mhasvi, who at the time worked as a counselor at Lander University and taught music with the Salvation Army.

Mhasvi was immediately drawn to Richardson. The two have maintained a close relationship over the years, and Mhasvi feels like a big brother to Richardson.

“I definitely do feel like a big brother,” Mhasvi said. “It’s an honor and a privilege just to be a part of the kid’s life. I feel like there needs to be more relationships like the relationship that I have with Ethan with these young boys.”

Richardson’s proficiency and interest in music bonded him and Mhasvi. Mhasvi took him to Camp Walter Johnson in Denton, North Carolina, where Mhasvi also teaches music.

Mhasvi led the Salvation Army’s Divisional Youth Band, which comprises the top tier of young brass musicians. Richardson quickly claimed first-chair euphonium. Mhasvi, Richardson and the rest of the band traveled to Italy to play in 2018.

“It’s like a breath of fresh air,” Richardson said. “You get to experience another culture, so everything is a little different over there. People speak multiple languages. It was just nice. It was another view of the world.”

On the football field, Richardson and the Greenwood defense are having a season to remember. The Eagles started the season allowing only 14 points in the first two games. The team clinched at least a share of the Region 2-4A title in a 50-27 win against Greenville, having forced four fumbles in the game.

Richardson also plays soccer for the Lakelands Toros. He said he finds himself in the same headspace while playing sports or music.

“Just like football, there’s specific things you have to do to focus on, like playing the right time, staying in time and reading the right dynamic,” Richardson said. “Same thing as out here, you got to make sure you’re reading the play right, reading your keys. Each of them have different aspects, but all of them are really the same when it comes to just focusing.”

“Obviously, he’s a ginormously high-character kid that does so many things well,” Liner said. “I don’t know that there’s a more well-liked human being at Greenwood High School. He’s just a guy that’s got a magnetic personality and he’s so respectful.

“Ethan could probably go play water polo tomorrow and be really good at it. I think anything he chooses to do, he’s going to be good at it.”

Richardson’s teammates call him “Beethoven” as a nickname, but Mhasvi and Richardson are more in tune with another seminal composer — Johann Sebastian Bach.

Mhasvi often introduces to his bands the term “Soli Deo Gloria,” which translates from Latin to “Glory to God alone.” The term was used by Bach and other notable composers to signify that their work is meant for God’s glory and not their own.

“That’s the message I always push with them, that everything we want to do, we want to glorify God,” Mhasvi said. “Ethan is one of those that grasped onto that idea and no matter how good he’s gotten, he’s never prideful at all. It’s just amazing to see. He’s not prideful, he doesn’t act like he’s better than anyone at any point. That just makes me super proud.”

Mets' deGrom gets clean MRI on shoulder, no plans for IL