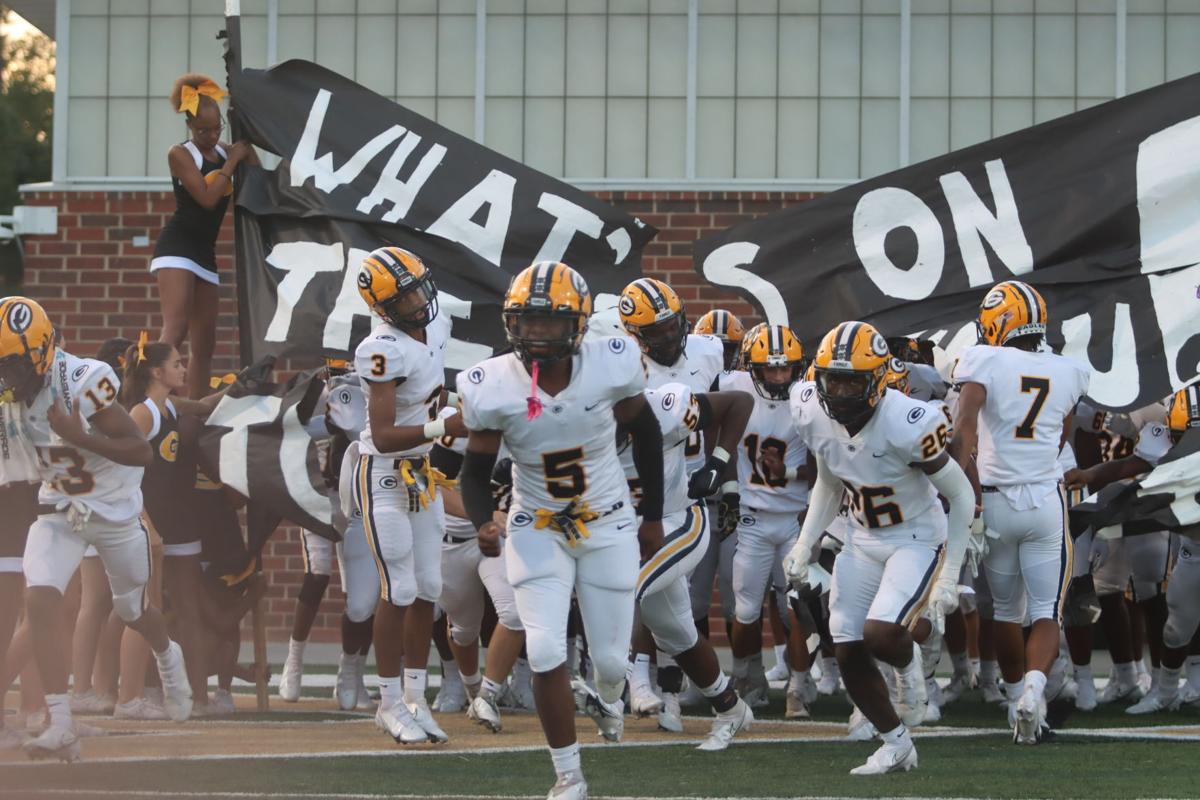 Greenwood’s Ve Morton leads the Eagles out onto the field Sept. 3 against Catawba Ridge. 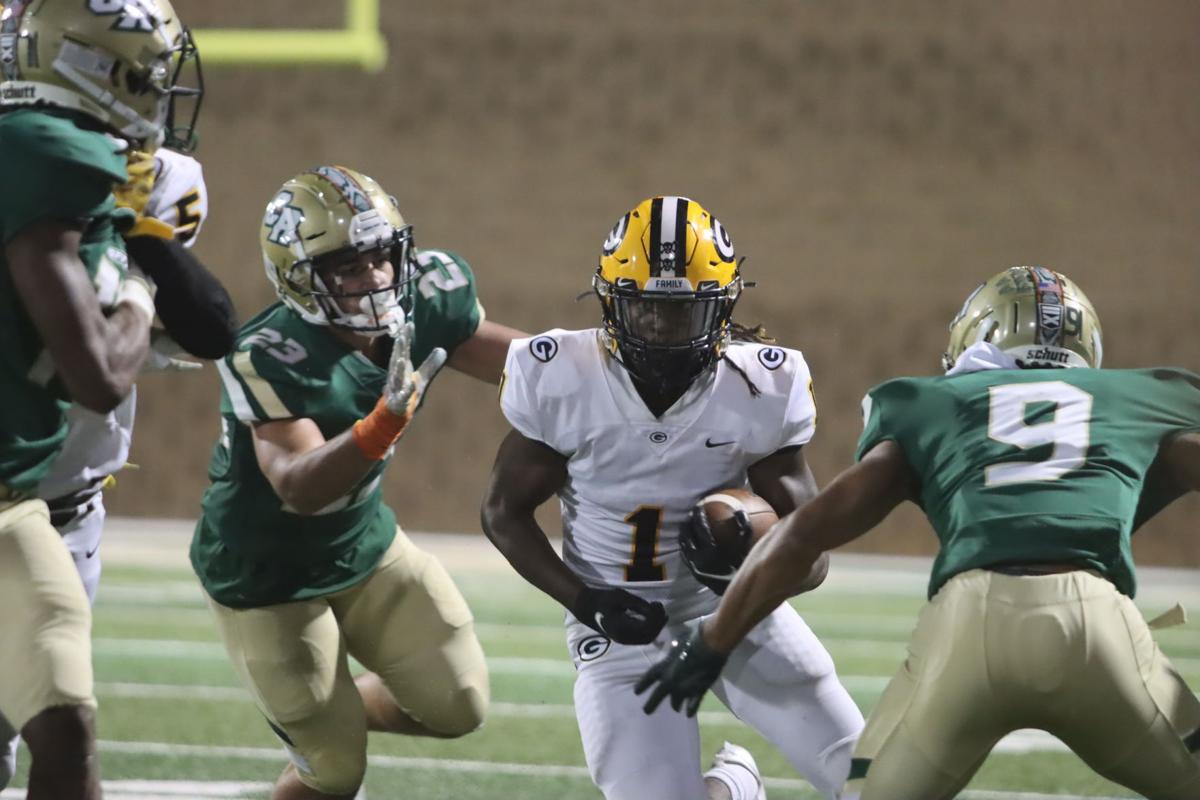 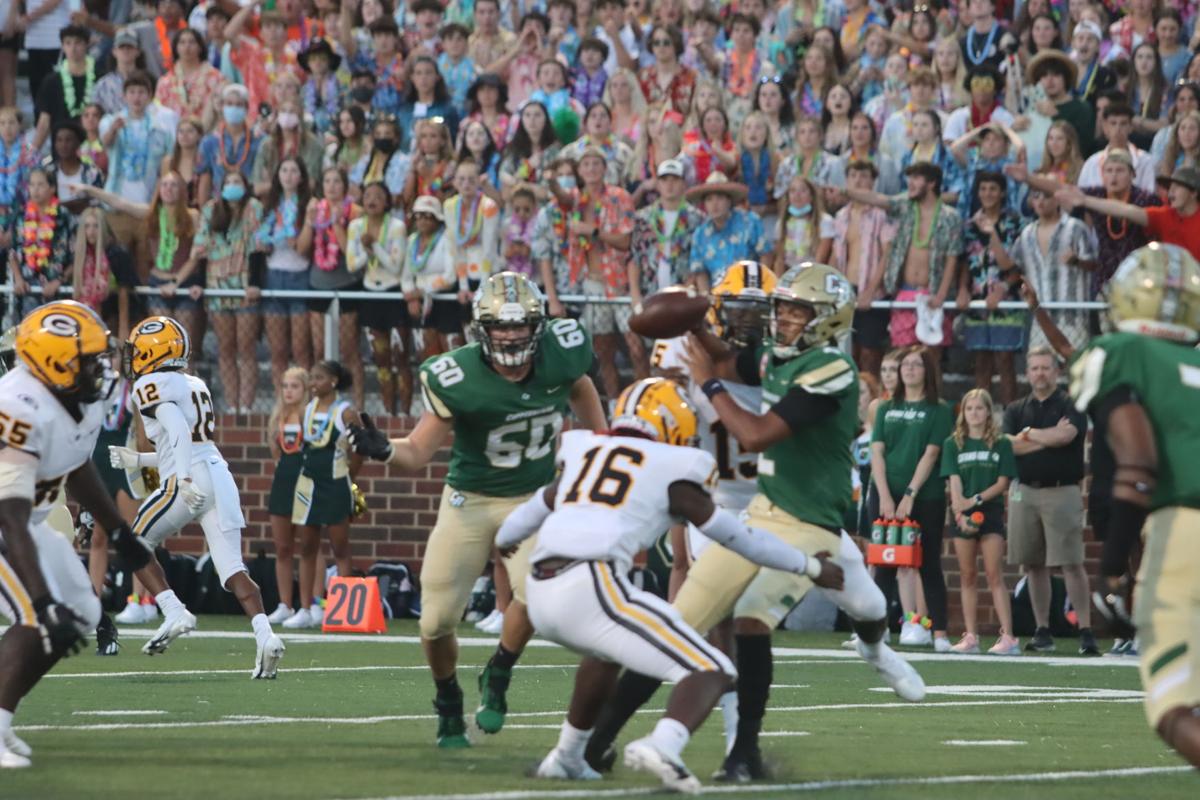 Greenwood’s Ve Morton leads the Eagles out onto the field Sept. 3 against Catawba Ridge.

His mantra of “every game is a big game,” he admitted, is one of the many cliché phrases that coaches use to inspire their players. However for Greenwood, the prior three games have been key games for the team as it played Hillcrest, Emerald and Catawba Ridge to start the season. Liner used that same phrase again as the Eagles prepare for their next “big” matchup of the season — North Augusta.

“We all know what looms ahead,” Liner said. “That was the first message we talked about on Monday is you can allow teams to beat you twice if you don’t focus on the task at hand. That’s the big thing, let’s focus on who we are playing this week. Every game is a big game.”

North Augusta comes into Friday night’s game sporting a 2-1 record, with the lone blemish of a 29-14 loss to Class 5A Ridge View. The matchup with Greenwood will also be the Yellowjackets’ home opener as they began the season with three consecutive road games.

The Yellowjackets are led by junior quarterback Colson Brown who has averaged 114 passing yards per game. Brown completed 13 of his 20 passes for 201 yards and two touchdowns in the team’s 28-19 win over Grovetown High School. Seven of those passes went to their other offensive weapon Jaccri Gamble who racked up 93 yards and the go-ahead touchdown in the win.

“They’re certainly a challenge,” Liner said. “On offense, they run a lot of what you see on Saturdays with a lot of RPOs, which we haven’t seen much of that. Hillcrest did some of that, Emerald didn’t, and Catawba Ridge may have ran some RPO, but it was more traditional spread.”

With an offense designed to get the ball to a team’s playmakers, Liner said on defense the key is to “zero in on” the Yellowjackets’ skill players such as Gamble, Xavier Davis and DJ Curry. One way to limit the offensive capabilities of the RPO is to get pressure on the quarterback, a message that Liner stressed to his defense this week.

“Getting pressure on quarterback is huge at any level or against anyone you play and that was something we did do a really good job of last week as our coaches put our kids in positions to be successful and they were,” Liner said. “I think that really was a big determining factor in that game and I think it’ll be the same thing Friday night. We’ve got to put pressure on the quarterback and force him to make quicker decisions.”

On offense, the Eagles will look to clean up the turnovers they committed against Catawba Ridge.

Greenwood had three turnovers in its win, with two coming inside its own 20-yard line. Although the Copperheads converted on one of those miscues, Liner said it is something the team needs to clean up going forward.

“I think it hurt us because we were moving the football fairly successfully,” Liner said. “I mean if you look at the number of times we punted this year it’s probably less than five. That’s an indicator of two things: either you’re not getting it on fourth down and going for it a lot on fourth down or you’re turning it over. I think we certainly have an opportunity to be a 35+ point team offensively and I think once we clean some things up we will be.”

About the game: For the second-straight week, Greenwood will face an offense that likes to go to the air. The Eagles will need another dominant performance out of their secondary to slow down the likes of Jaccari Gamble, Xavier Davis and DJ Curry. As for Greenwood's offense it will need to continue to win battles along the line of scrimmage against a Yellowjackets defense that has allowed 48 points so far this season.