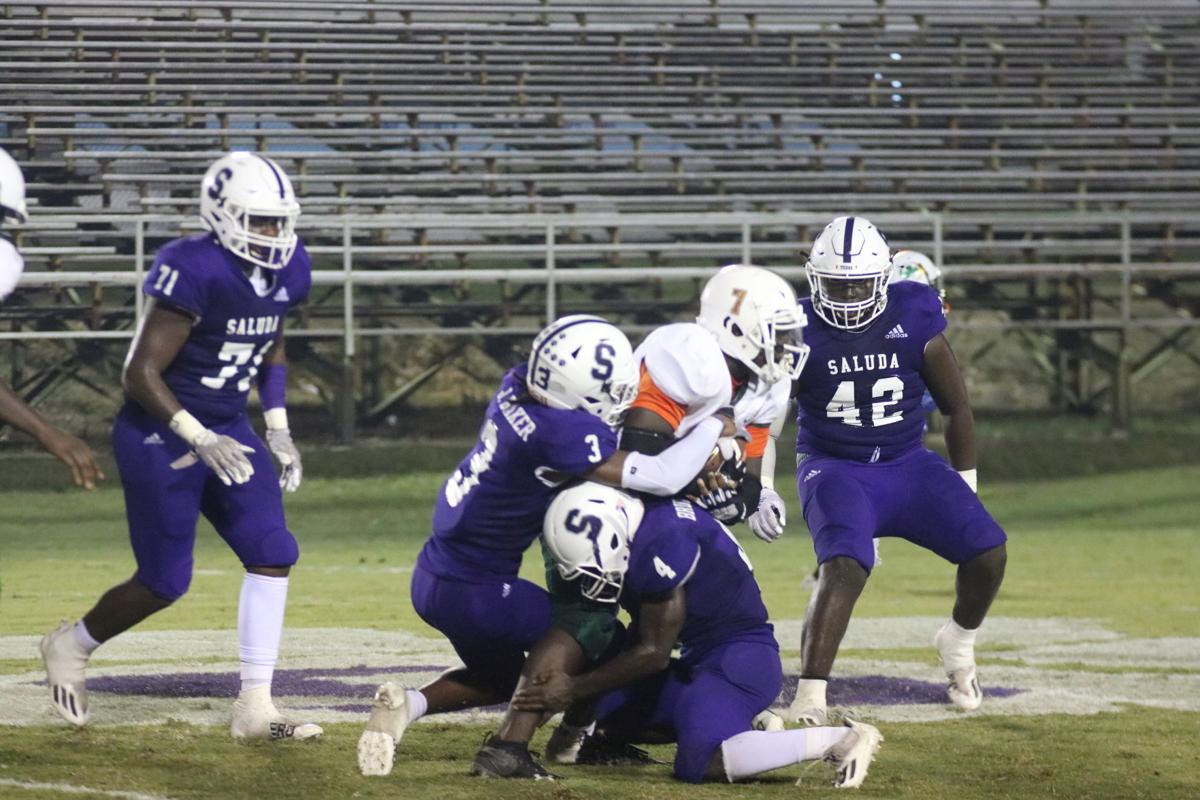 Saluda’s Jabari Baker, left, and Kenmane Brunson combine for a tackle around midfield. 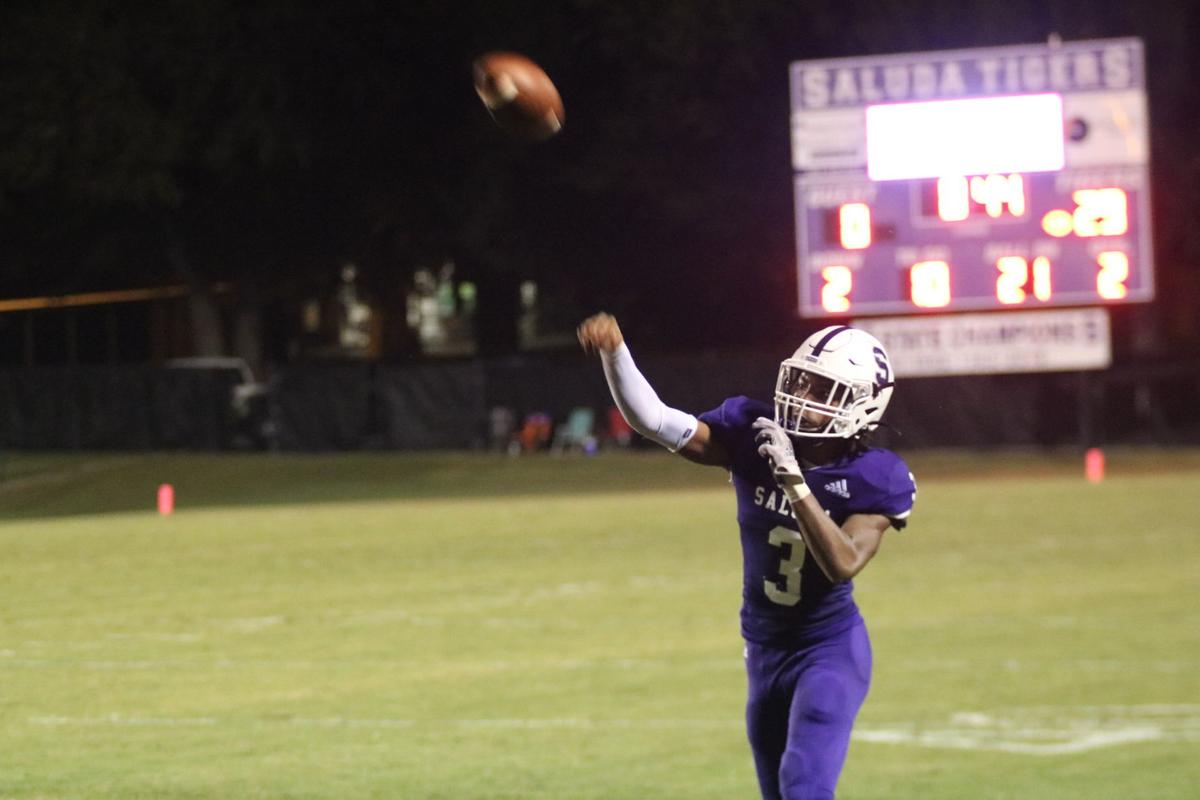 Saluda wide receiver Jabari Baker throws a pass to the end zone. The play went for a touchdown. 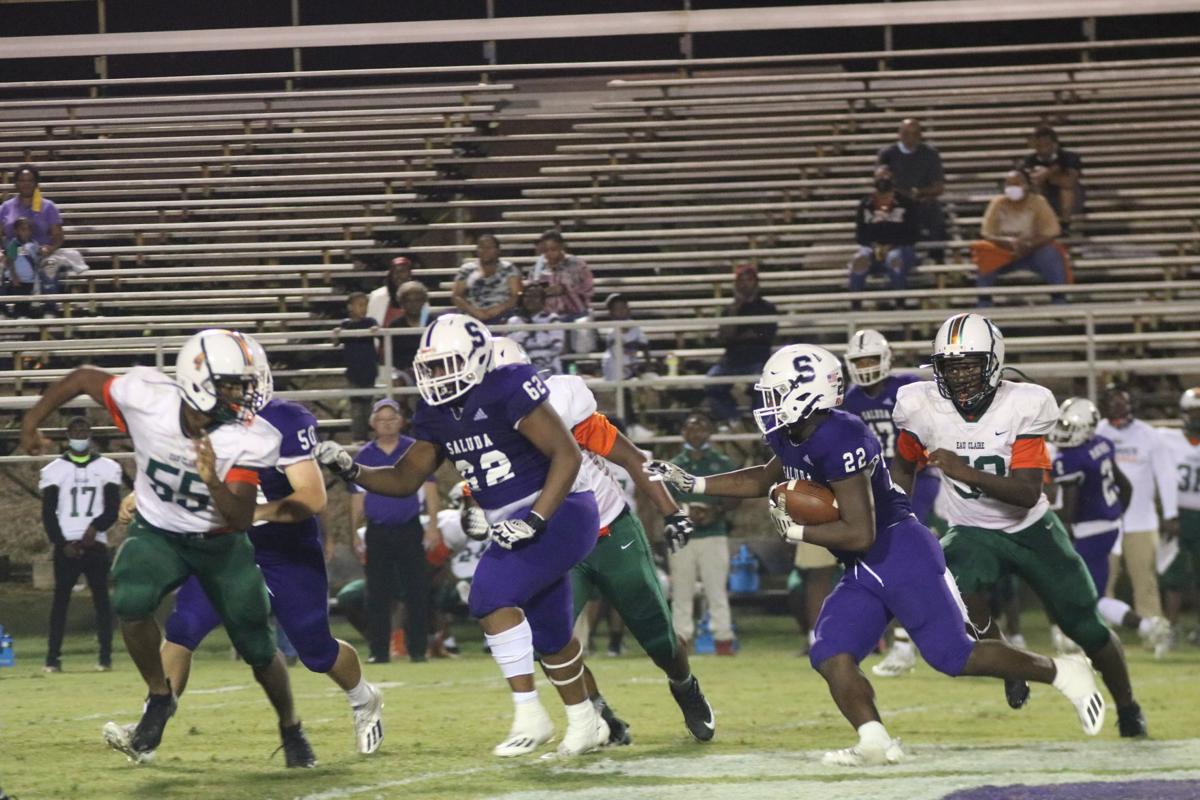 Saluda’s Jabari Baker, left, and Kenmane Brunson combine for a tackle around midfield.

Saluda wide receiver Jabari Baker throws a pass to the end zone. The play went for a touchdown.

It all comes down to Friday.

Through the first two weeks, two 2A Region 3 teams are undefeated, and they square off Friday, as Saluda makes the hour drive to Gray Collegiate for the region championship.

Saluda is coming off one of its biggest wins of the season, a 46-26 win at Newberry on Saturday. It was the first time the Tigers had the chance to play their starters all four quarters in a game this season.

The Tigers forced a safety on the first drive of the game and scored a touchdown on the ensuing drive to take a 10-point lead in the first quarter.

“That changes the complexion of any ball game, and we were fortunate enough to be on the good side of that,” Saluda coach Stewart Young said. “Our quarterback and receivers were flawless in the first half and Montrevious Baker ran the best he’s run probably in his entire career. We culminated all at the same time.”

For the remainder of the first half, the Tigers dominated before taking their foot off the gas in the second half.

Baker finished with 150 yards and a pair of touchdowns in the win, while quarterback Jonah McCary threw for 196 yards and three touchdowns, missing just six passes.

The Tigers now turn their attention to Gray Collegiate, the No. 2-ranked team in 2A this season. The War Eagles have scored 256 points in seven games this season, winning all but one game. The lone loss was a three-point loss at 5A Gaffney.

“The proof is in the pudding. They’ve won six games, most of them by a decisive margin,” Young said. “They have a great team. We know what type of challenge it is. We just hope we can repeat that preparation (that the Tigers had before Newberry) and be ready to go. We have to be prepared and be sharp early.”

“They’ve got a world class running back and they have two really good quarterbacks,” Young said. “They’ve got some really good receivers. They have a really good line. ... They seem to have some different players every year. They find some guys and they fill in spots. They’re loaded. We’ll have our hands full for sure.”

Friday will be the Tigers’ second consecutive road region game. While playing at home has its perks, Young believes playing on the road gives his team more time to focus, as all the players are getting locked in on the bus ride.

About the game: Saluda and Gray Collegiate play for the 2A Region 3 championship on Friday. Both teams are ranked in the top-10 this season. Gray Collegiate defeated Saluda 34-24 in 2020, so this will be a chance for the Tigers to avenge that region loss from a year ago.