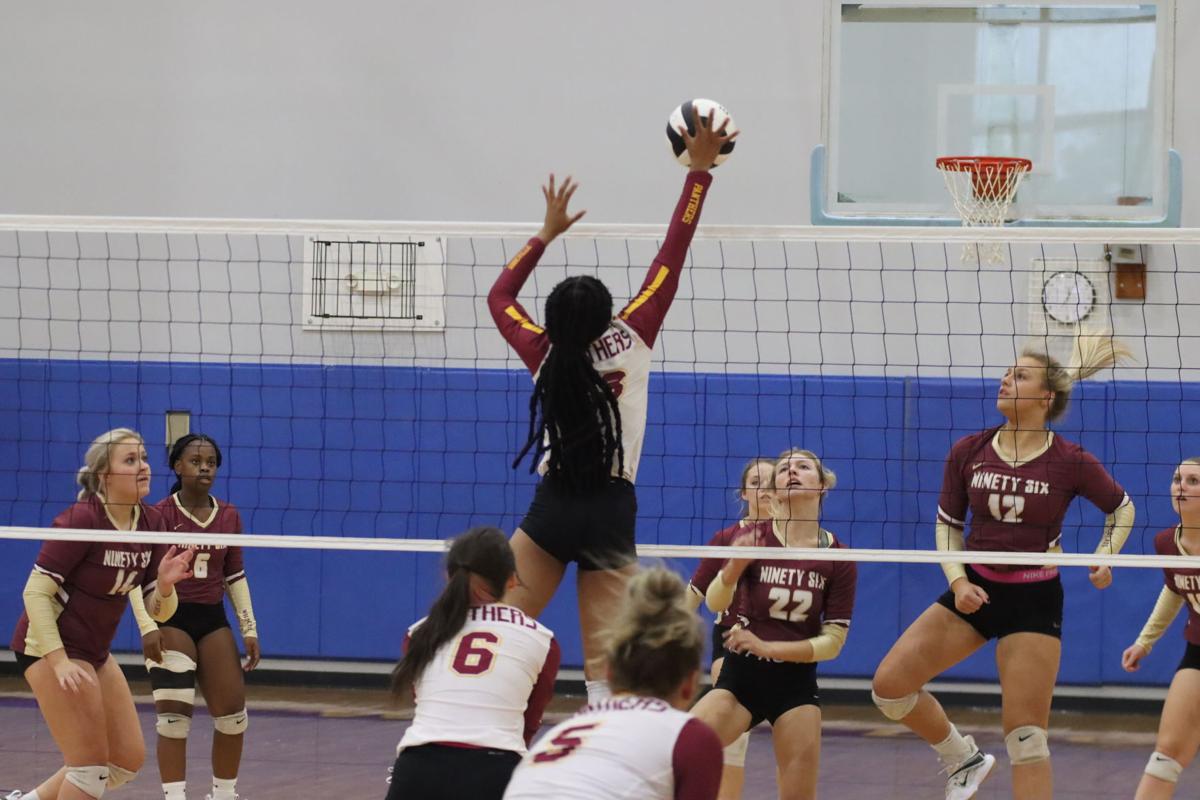 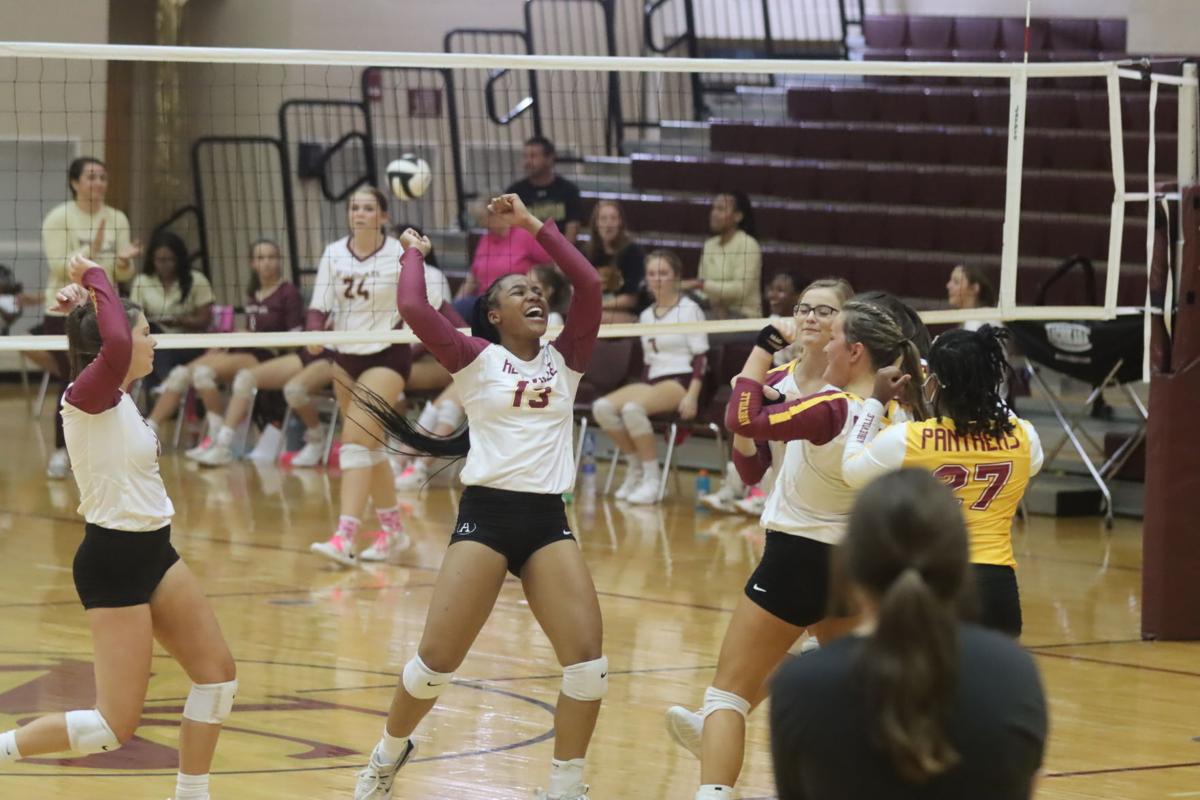 Garianna Burton celebrates with her teammates after finishing a spike in region play. 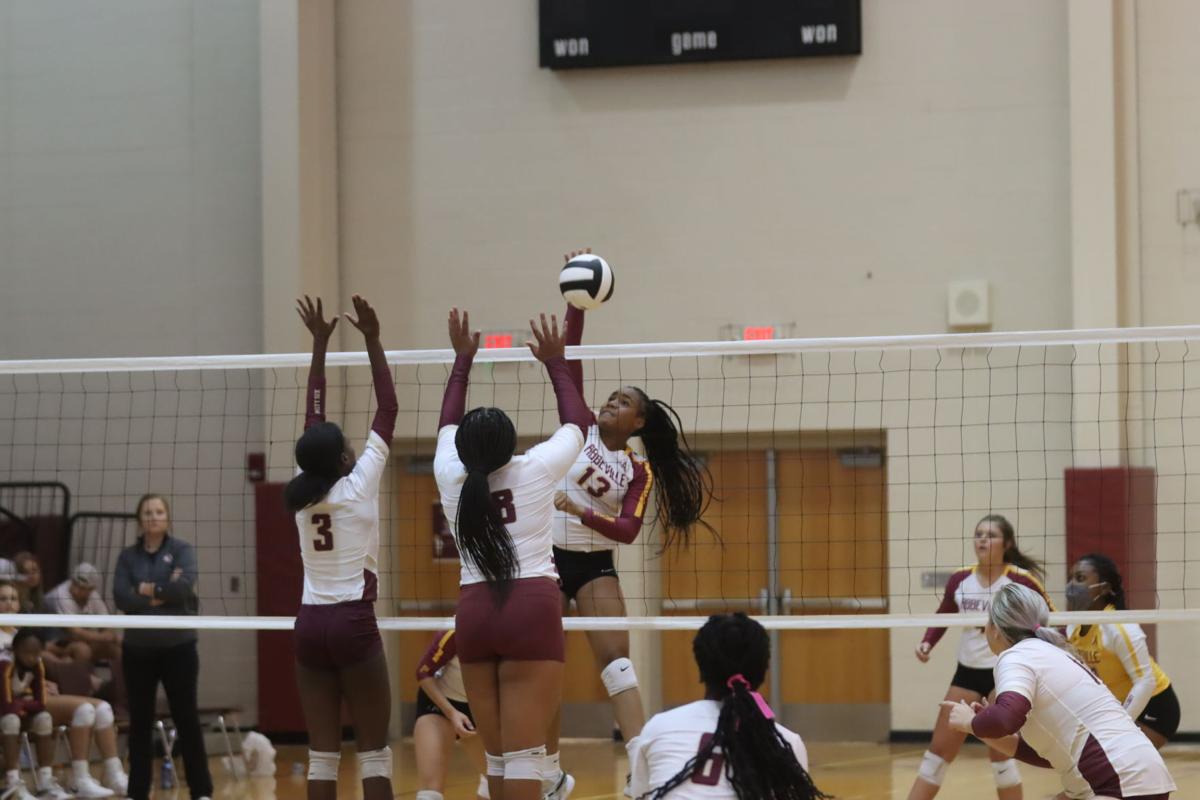 Garianna Burton finds an opening against a pair of Ninety Six blockers. 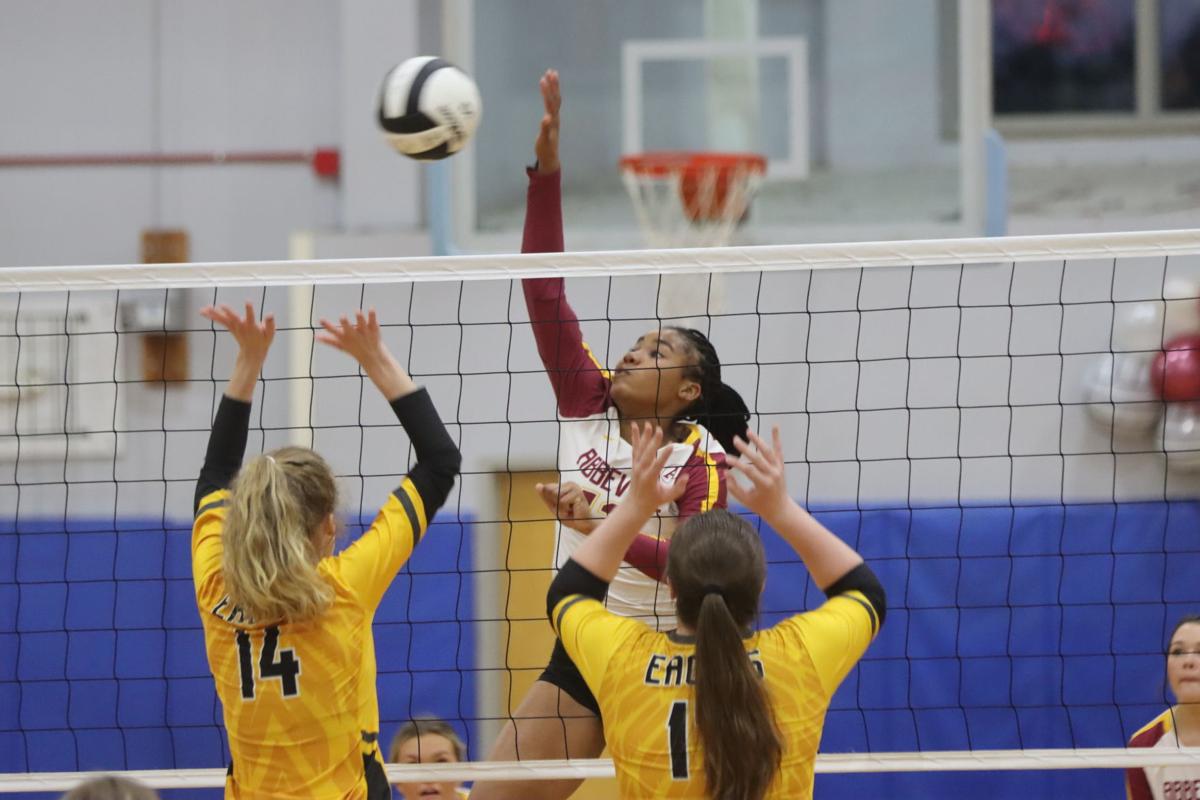 Garianna Burton rises up for a kill attempt against Greenwood.

Garianna Burton celebrates with her teammates after finishing a spike in region play.

Garianna Burton finds an opening against a pair of Ninety Six blockers.

Garianna Burton rises up for a kill attempt against Greenwood.

Every time Abbeville head coach Ann Maire New’s team stepped onto the court, she knew it had a chance to win every set and every match.

This is in large part to middle blocker Garianna Burton, who has been the Panthers only All-Region player the past two years.

As a sophomore, Burton stepped into the role of the Panthers’ offensive, defensive and emotional leader and was a big reason the Panthers made the playoffs in 2021.

Because of her outstanding play and leadership as a sophomore, Burton was named the 2021 Index-Journal Volleyball Player of the Year.

“It’s not fair that we have to ask her (to be a leader) because she is a sophomore, but we do rely on her a lot,” New said. “I’ve gotten to see Garianna the past two years. She was our only All-Region player last year; she was our only All-Region player this year. It shows the one that our team relies on. When she’s got it, we got it. She’s our thermometer. When she’s hot, we’re hot.”

Burton was hot virtually all year for the Panthers. She led the Panthers in kills, finishing with 324, had 182 of the team’s 309 blocks this season and served at an efficient 85 percent.

“You have to see it. When you jump up and see where their arm is going, you have to get on their arm,” Burton said. “Being able to jump as high as I can, it also helps too. I guess it’s natural and technique at the same time.”

Her play largely stems from the mindset she enters every game with: prove that you’re the best player on the court.

“My mindset whenever I’m on the court is dominate and take over,” Burton said. “Being raised in my house, my dad has always told me and my siblings, ‘When you leave the court, everyone should know you were the best one on the court.’ When I step on the court, that’s just the mindset I have, especially with coach New.

“She’s always telling me ‘Hey, be a leader.’ That’s another mindset I have is leadership, because when I have my coach telling me to be a leader and I have my teammates looking at me like ‘Hey G, you have this. You got the next play.’ That’s just letting me know that I have to put this ball down for my teammates because they’re counting on me.”

As a freshman, Burton was strictly a middle blocker. Instead of rotating to the back row, she would take a breath on the bench and resubstitute to the front row shortly after.

During the offseason, Burton worked to be a more complete player, learning the outside hitter position and the back row. This year she finished with 43 digs.

“Last year, Garianna knew that she wasn’t going on the back row. Her job was to focus on the front row, but she really grew in that aspect (being able to play the back row),” New said. “Freshman year, she only played middle. This year she dabbled a little bit at the outside too. Being able to have her at different places across the net is super valuable and being able to throw her in on the backrow is priceless.”

John Rosemond: Don't become a enabler to your child