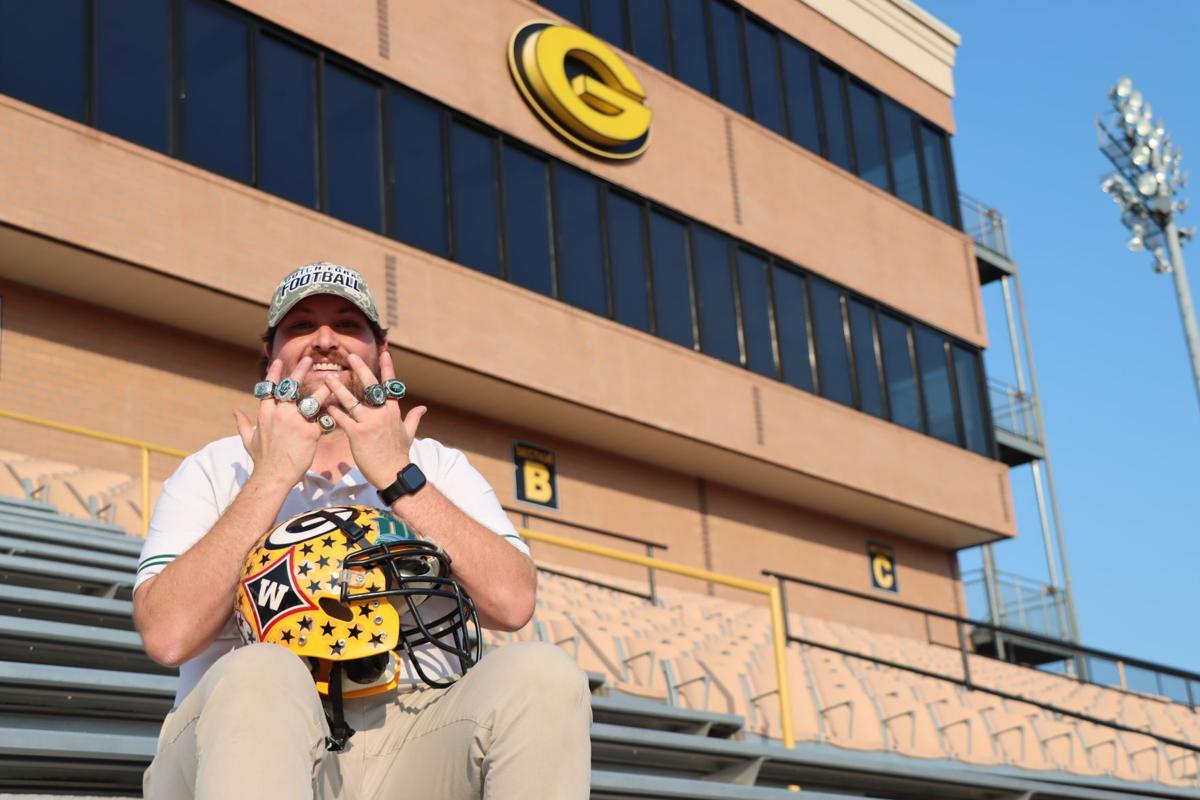 On Friday, Win French retuned to the sidelines at J.W. Babb Stadium for the first time since 2006, albeit as a visitor. French, the special teams coach at Dutch Fork, was a part of Greenwood’s 2006 state championship team. 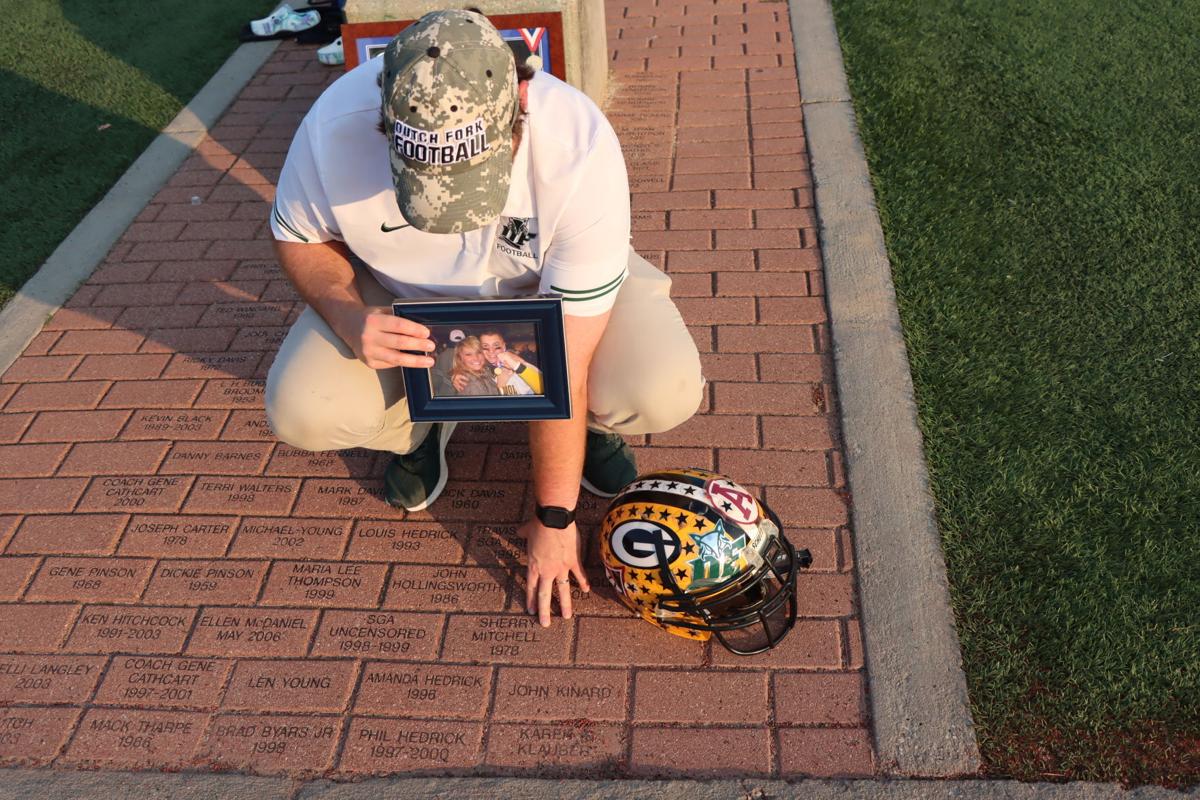 Win French touches his mother’s brick along the walkway at J.W. Babb Stadium and holds a picture of him and his sister, who passed away this year. 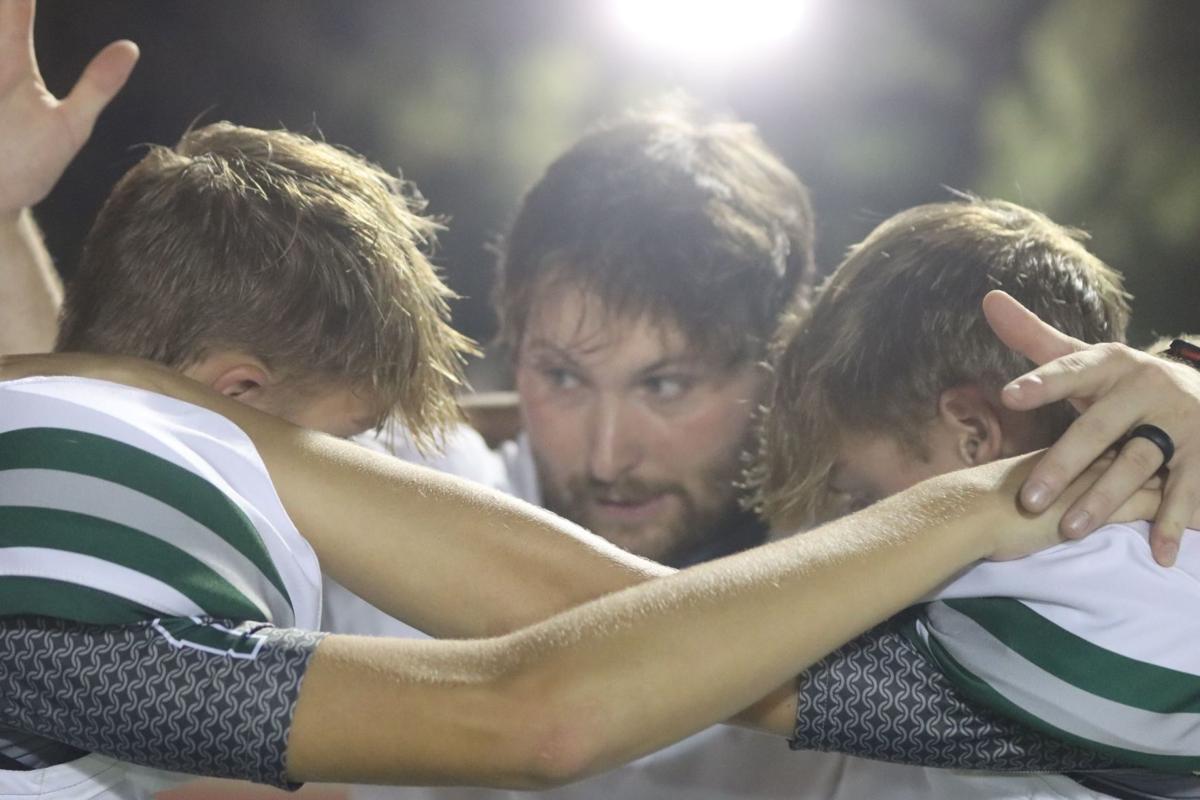 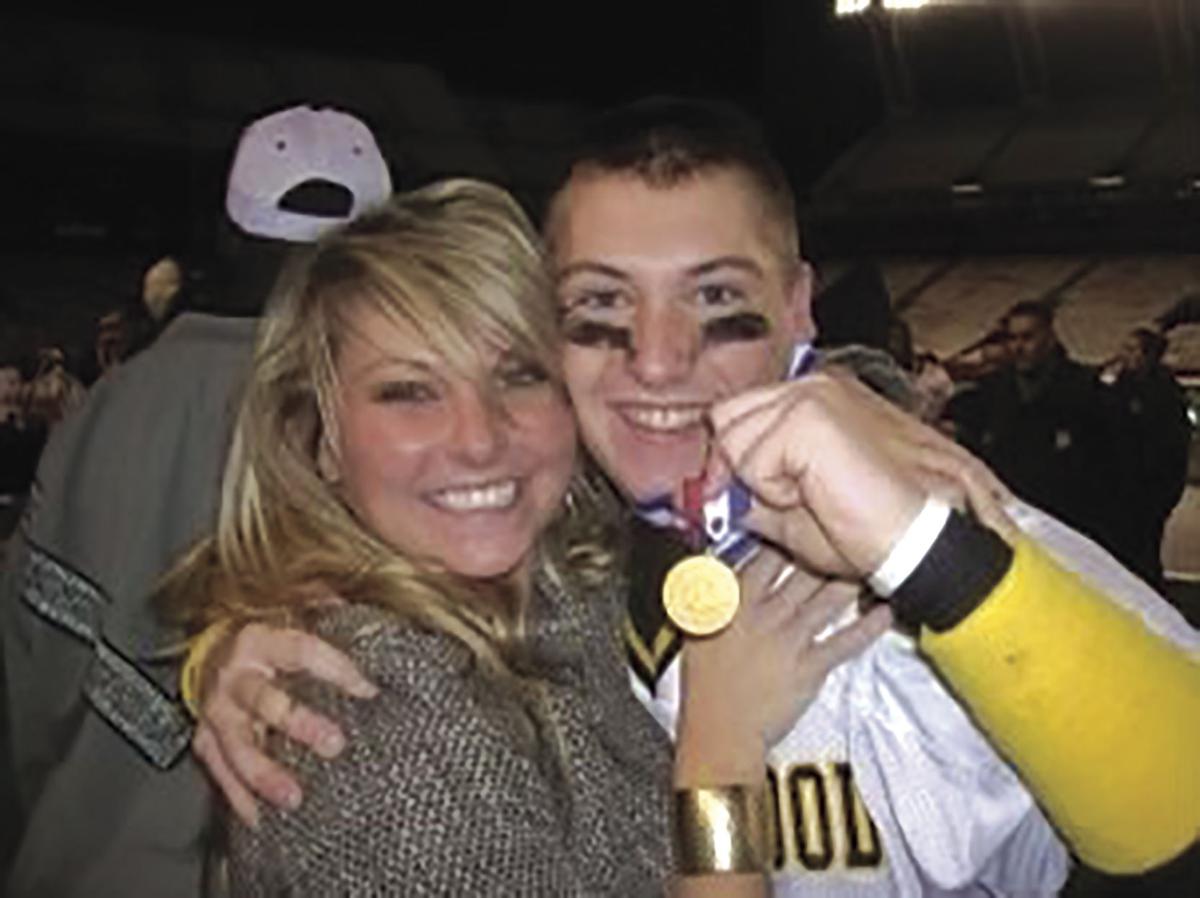 Win French and his sister Meredith celebrate the 2006 Class 4A state championship at Williams Bryce Stadium.

On Friday, Win French retuned to the sidelines at J.W. Babb Stadium for the first time since 2006, albeit as a visitor. French, the special teams coach at Dutch Fork, was a part of Greenwood’s 2006 state championship team.

Win French touches his mother’s brick along the walkway at J.W. Babb Stadium and holds a picture of him and his sister, who passed away this year.

Win French and his sister Meredith celebrate the 2006 Class 4A state championship at Williams Bryce Stadium.

Dutch Fork’s Week 4 game with Greenwood was circled on Win French’s calendar. Sure it was a highly anticipated matchup against a top 5 team in Class 4A.

For French it was much more than that. It was something that every athlete dreams of experiencing when they get older, a chance to return home.

“That was my heart being a part of Greenwood Football,” French said. “I put my heart and soul into Greenwood athletics and it (was) a dream in the making. Win or lose, that doesn’t matter. What matters is I get to live to see another day and I am surrounded by my boys and my city. That’s all I could ever ask for.”

French, who is now the special teams coach for Dutch Fork, graduated from Greenwood High School in 2007 and was on the Eagles 2006 state championship team that featured many of Greenwood’s current coaching staff, like head coach Chris Liner and Tom Butler.

But like many athletes who move away from the team that gave them a chance, a piece of French never left J.W. Babb Stadium.

Even as a visitor, French is very familiar with the Eagles tradition of walking on the brick walkway en route to the field. Fifteen years later, he knows the exact location of where his mother’s brick is along that walkway. It takes him back to his senior year where he would kiss the brick at every home game, before running on the field.

“I always used to come down through the crowd, kiss my mom’s brick, touch the plaque and then run through the paper with the Greenwood crowd right in front of me,” French said. “(On Friday) I was on the other side hyping up my players.”

French said that when he is on the field, he can still hear the roar of the crowd and can envision his family sitting up in section B as he jogs out on the field in black and yellow. The field is also a place of healing for the six-time state champion.

French admitted that 2021 has been a difficult year for himself and for his family as he lost his sister and his grandmother, two of his biggest supporters throughout his playing and now coaching career. He also endured the tragic loss of Jack Alkhatib, a Dutch Fork offensive lineman who passed away in August. He said that the football field is his place where he can come to heal and although this year has been so difficult, French continues to be there for his players.

“This is where I come to reflect on life,” French said. “I know they are all watching down on (us) and I just want to make them proud.”

The love and bond that he has for his players has allowed French to become an integral part of the Dutch Fork program. During his tenure with the Silver Foxes, he has been a part of their run of five-straight state titles and the team’s now 53-game unbeaten streak.

“He brings a lot of energy to our program,” Dutch Fork coach Tom Knotts said. “He does all the behind the scenes things and he’s always positive with the kids. I might rip them a new one and then Win’s over there talking to them saying, ‘You’ve got to understand what he says and not how he’s saying it.’ He’s been a real asset to our program.”

No matter where French’s coaching career goes, he will always have a part of him that is invested where it all began.

“We love Win, everybody on our staff either played with him or have known him forever,” Liner said. “I love that kid and it’s always good to see him. It’s super cool to see Greenwood kids out there doing great things.”

S. Carolina woman rides off to retirement on her motorcycle

S. Carolina woman rides off to retirement on her motorcycle