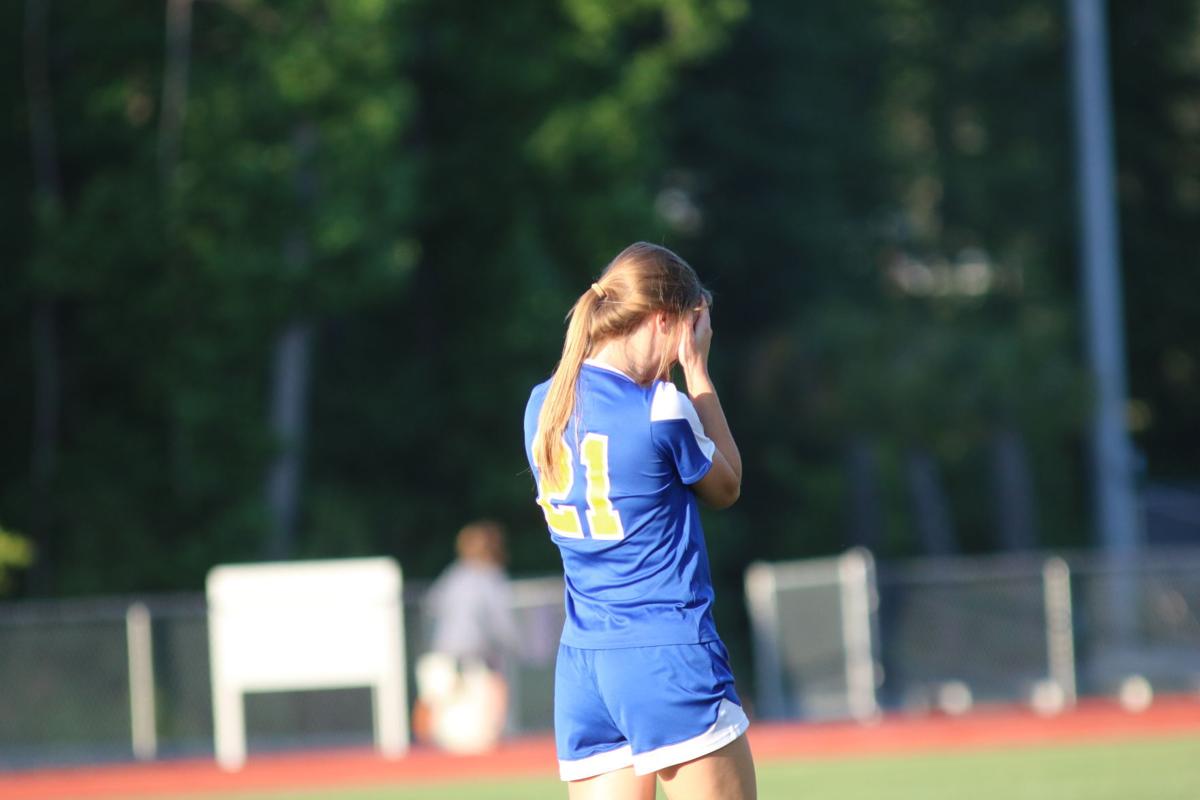 Senior Jordan Mapes buries her head in her hands when the final whistle blew, signifying the end of her season and time playing at Cambridge Academy. 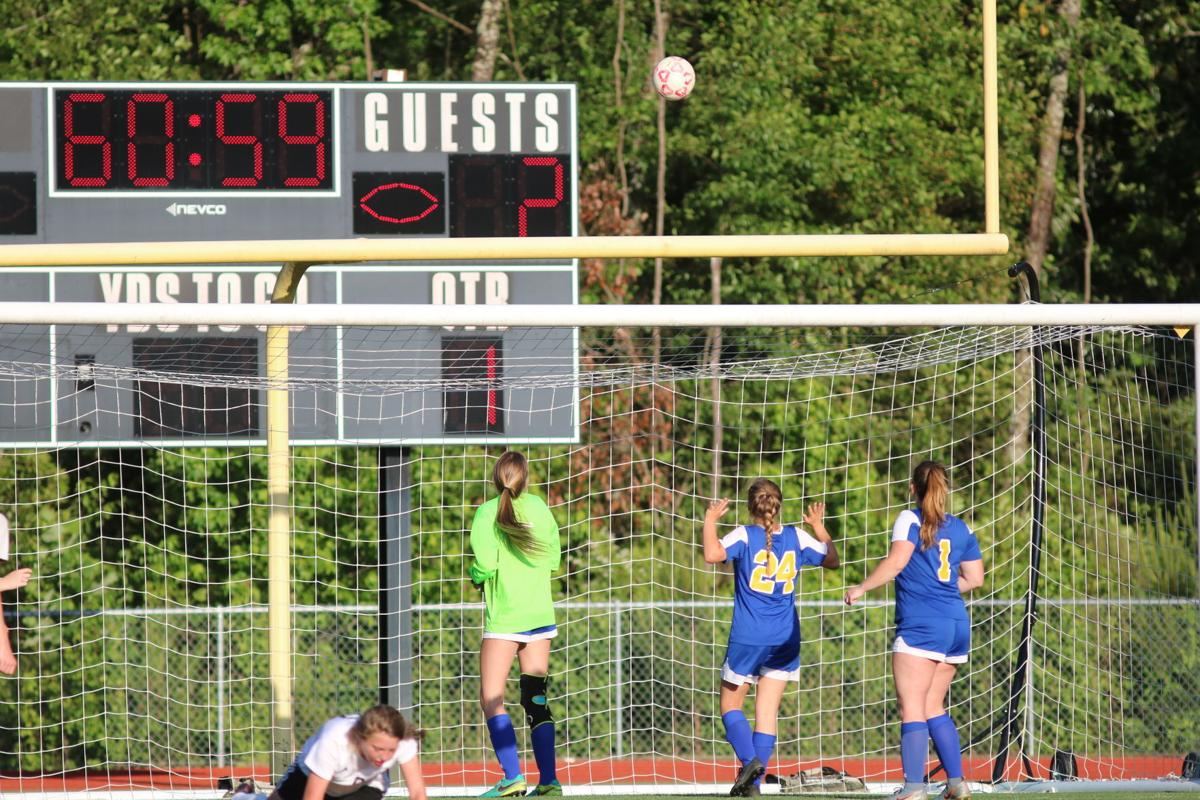 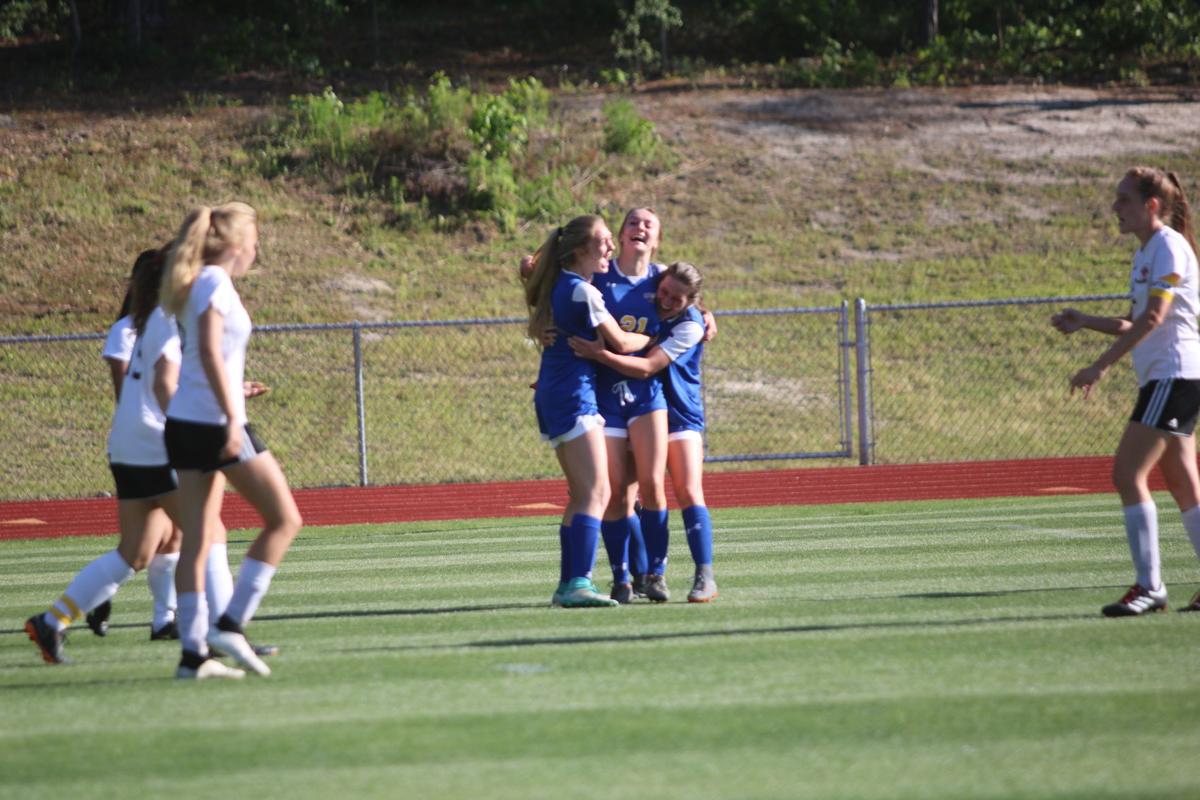 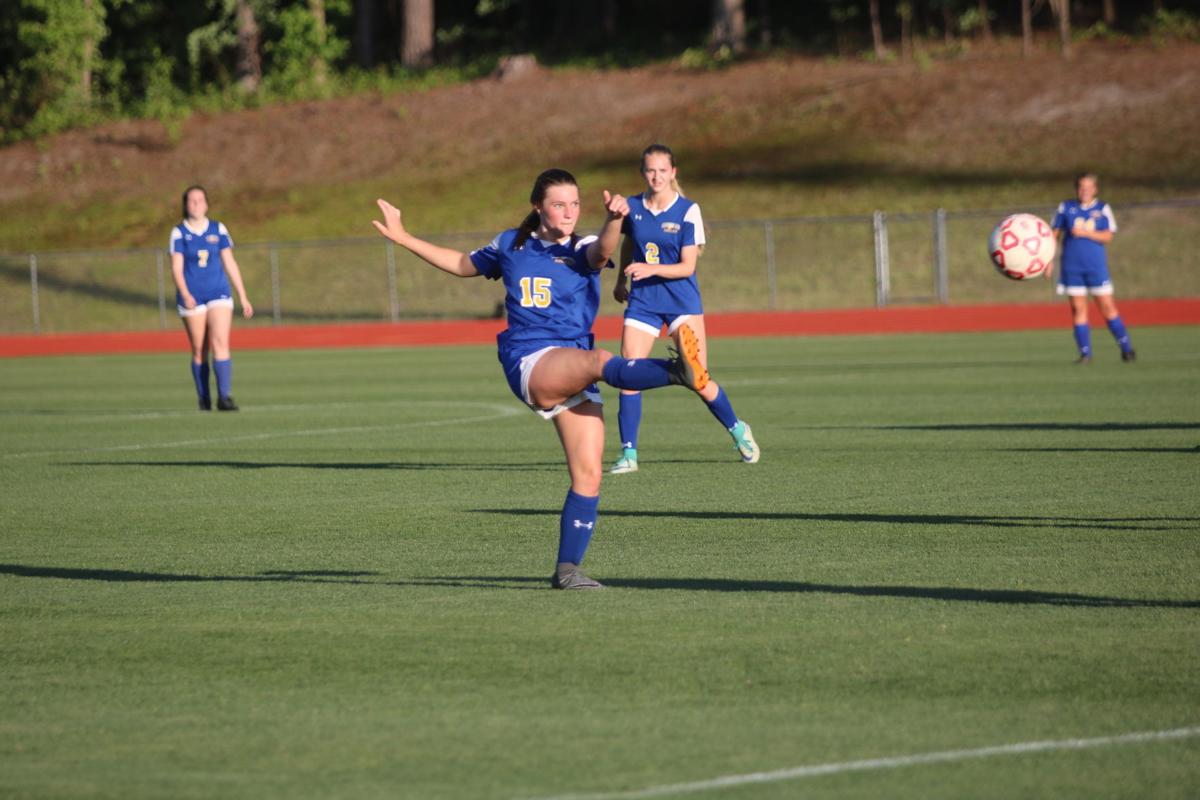 Alex Cockrell volleys a ball out of the air during Friday’s state championship game.

Senior Jordan Mapes buries her head in her hands when the final whistle blew, signifying the end of her season and time playing at Cambridge Academy.

Alex Cockrell volleys a ball out of the air during Friday’s state championship game.

The SCISA Class 1A state championship game had an inevitable feeling to it. The Cambridge Academy Cougars were going to defend and defend they did.

However, the impenetrable wall that has stood all season long for Cambridge faltered against Holy Trinity Classical as it lost 3-2 on Friday. The Cougars carried a one goal lead into halftime but as the second 40 minutes began, Cambridge head coach Robert Rooney knew his squad would have to manage the onslaught of pressure they were going to face.

In the first half, the teams traded chances back-and-forth, with Mapes finding the back of the net twice, including one off of a free kick inside the 18-yard box.

However, the Lady Lions would tighten up defensively and begin to push for more opportunities. As the second half began Holy Trinity continued to apply pressure and would tie the game in the 65th minute. Just a mere seven minutes later, the Lady Lions took their first lead of the game.

“They finally cracked us,” Rooney said. “We maybe had one more chance there at the end and couldn’t get it in. They are a very good team, that’s the best team we have played all year, so congratulations to them.”

For the seniors, Erin Massey, Lindsey Lee, Nora Jones and Mapes, it’s not only the end of their time in the blue and gold but it also ends run of three-straight trips to the state championship for the quartet.

“They’ve played this team three times and obviously some of the players have changed but in 2018 they got to win it, in 2019 we lost and last year was cut short due to COVID,” Rooney said. “Just to make the trip three times and experience everything that comes with this, that’s pretty cool. All four of those girls worked themselves into pretty good soccer players.”

Despite the loss, the state championship game also had a special meaning for Rooney and his daughter, Lydia.

Lydia Rooney was a senior for the Cougars last season, but because of the COVID-19 pandemic, her season was cut short. This season, she joined her father as assistant coach, and when Cambridge advanced to the state championship game, he told her she was “making the trip this time.”

“We all wish it would have ended differently but for her to get to be apart of this, that made it special,” Rooney said. “She’s been a good help, she has good opinions and she has been great with our girls so that has been really cool.”

Clippers' Leonard listed as out for Friday's Game 6 vs. Utah