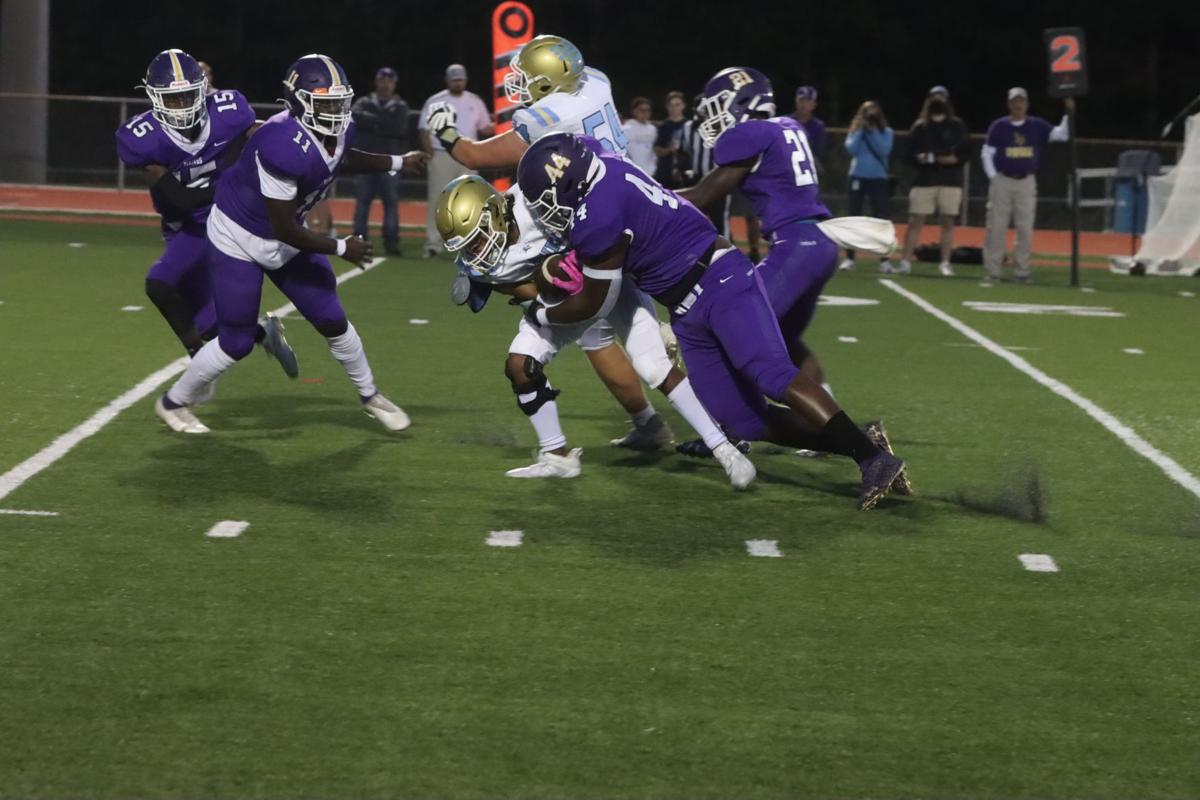 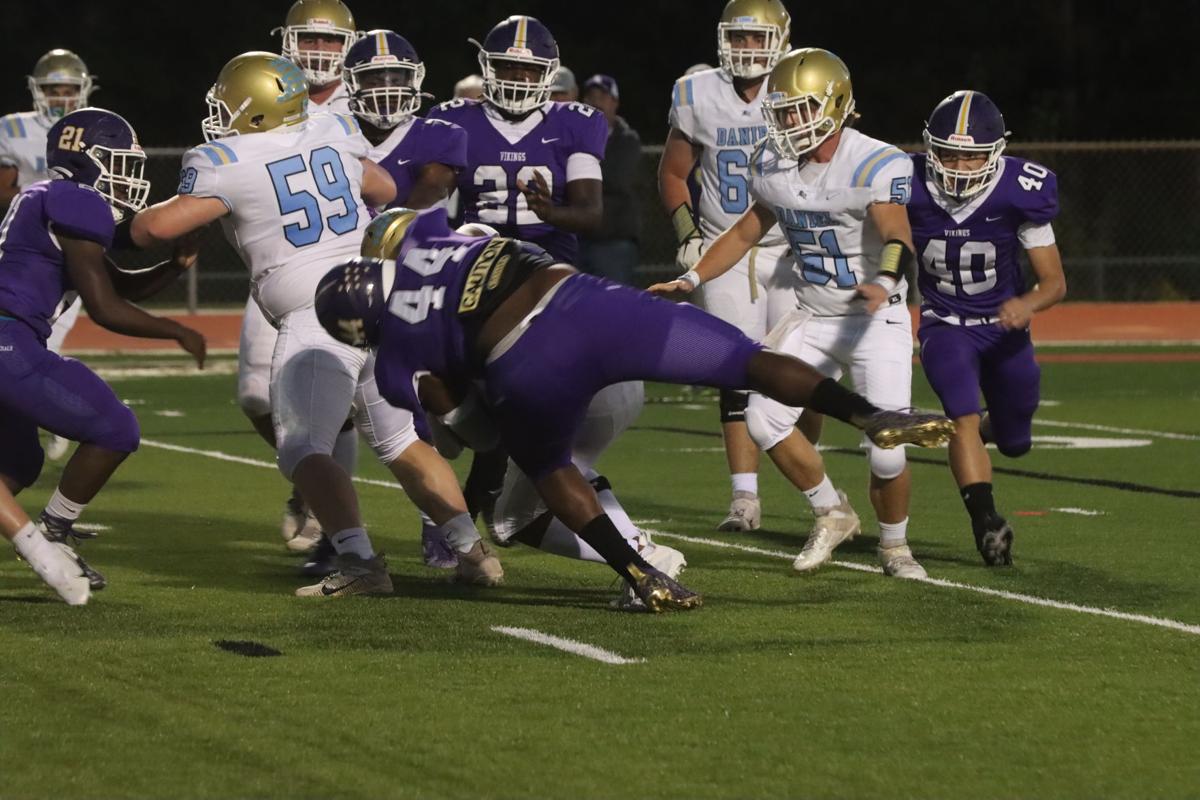 Emerald defensive lineman Robby Harrison gets in the Daniel backfield and sacks the Lions’ quarterback. 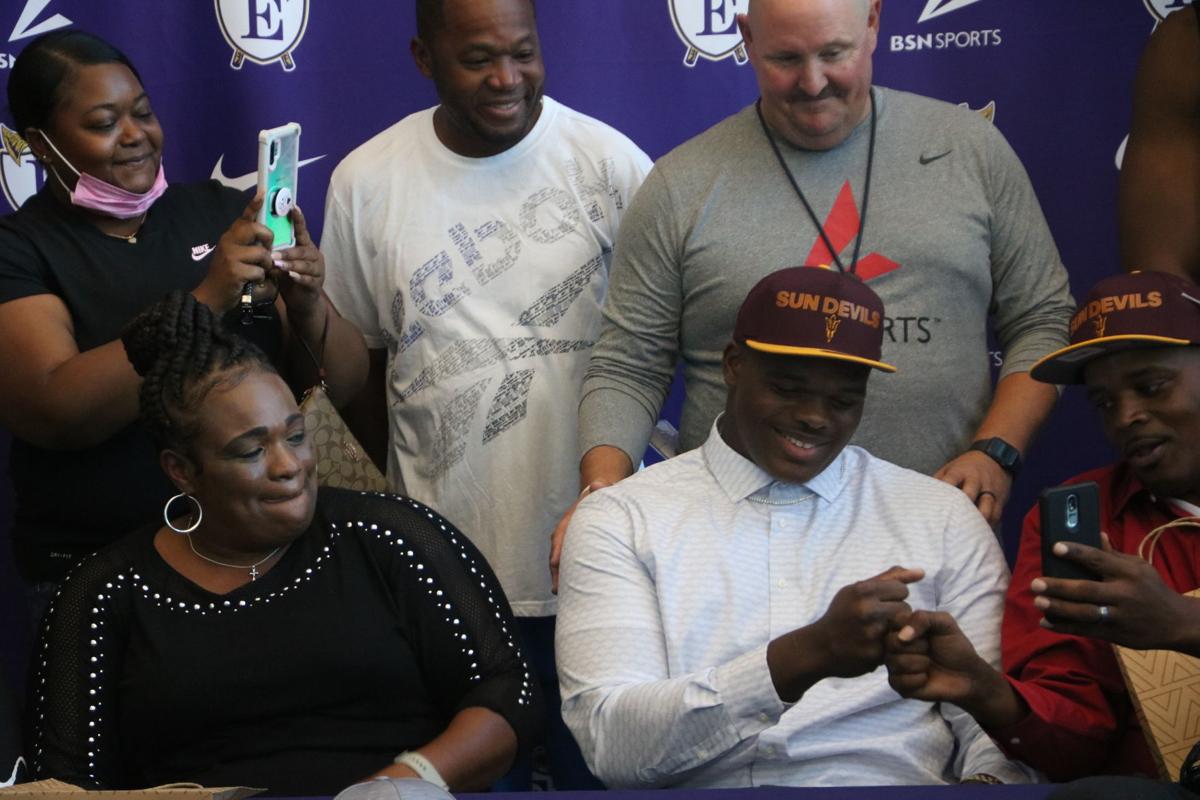 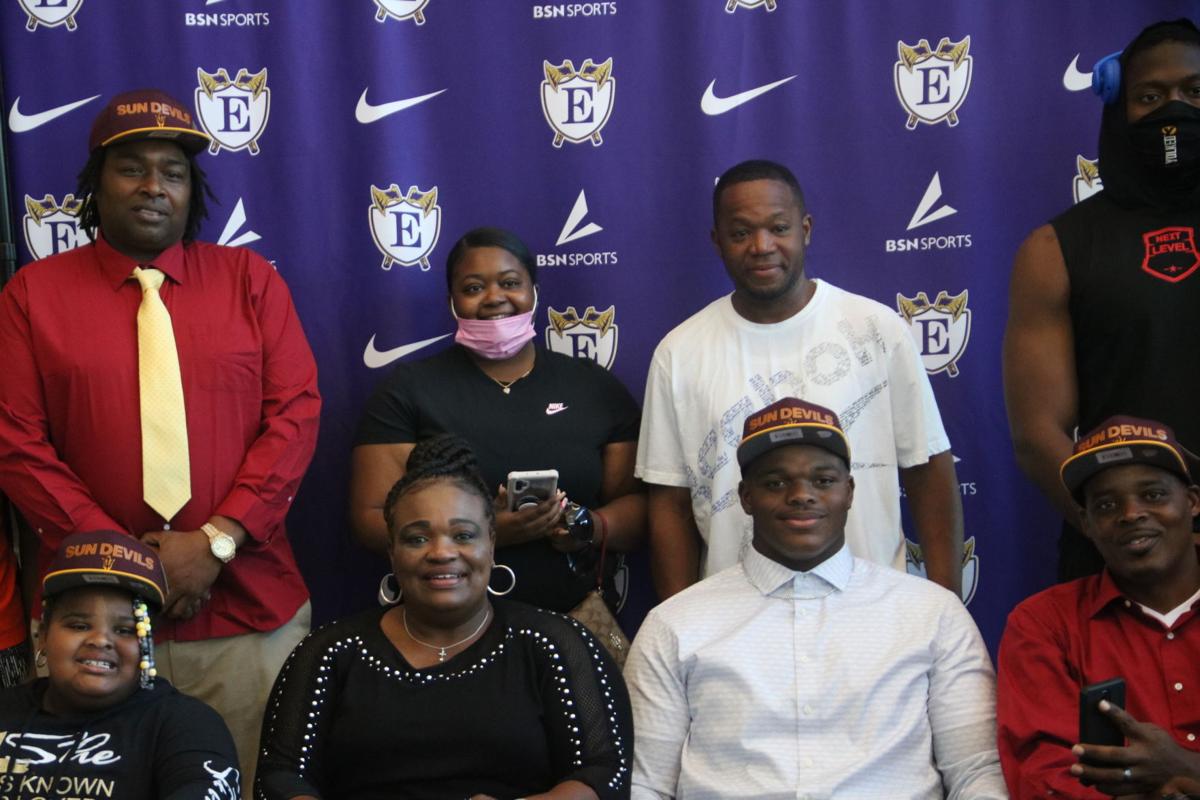 Emerald defensive lineman Robby Harrison gets in the Daniel backfield and sacks the Lions’ quarterback.

When he took a seat at a table in the Emerald High School gym lobby, three hats, Georgia, Toledo and Michigan, sat in front of Robby Harrison. After thanking his family, teammates and coaches, Harrison picked up the Georgia hat and flicked it to the ground, while his mother opened a small tote bag.

Inside the bag, an Arizona State hat, which Harrison quickly flipped onto his head, announcing his commitment to the West Coast school.

“For me, it’s somewhere different to go. It’s on the West Coast, so I’ll get a chance to see how life feels for four years or more,” Harrison said. “I love the coaches and I love the atmosphere. I feel like it’s a good fit for me, and I’m just ready to go out there and play.”

Harrison is rated by both 247Sports and Rivals as a three-star prospect. The senior has been the team’s most consistent defensive player the past two seasons, dominating on the defensive line while also making plays downfield, because he is quick enough to track down running backs and wide receivers who were on the other side of the field from his original alignment.

Through six games this season, Harrison has had 55 total tackles (35 solo and 20 assisted), six tackles for a loss, a forced fumble and a sack.

“I think Robby would excel anywhere he decided to go to,” defensive line coach Cody Cockrel said. “I’ve been with him since he was an eighth-grader, just being here as a ball boy. Robby is just a special individual. He’s great in the classroom and he’s a good person. He’s going to do anything to help you out. He could have chosen any one of his offers and he’s going to excel because he’s going to keep his head down and he’s going to grind.

“I treat Robby like my own kid. Me and him are close. He’s been with me for five years now. I just want him to do what’s best for him. The fact that he’s going to a big school, they got a good one.”

Along with Monday being his commitment day, Harrison also turned 18 on Monday making the day more special for him and his family.

“It’s been wonderful,” Harrison said. “Everything worked out like it was planned. I prayed about it first before I made my commitment. I felt like it was the right move. I got the blessing from my mom that it is a good place.”

Harrison had more than 20 total offers to chose from, but throughout his recruiting process, he built up a strong relationship with the Arizona State coaching staff, which was a key reason he decided to head to Tempe, Arizona.

US warns Russia as Kremlin talks about war threat in Ukraine

Justices' abortion remarks: Is it time to overturn Roe?

Dortmund's Haaland back and Bayern beatable in 'Klassiker'

UK court backs Meghan in dispute over privacy with publisher