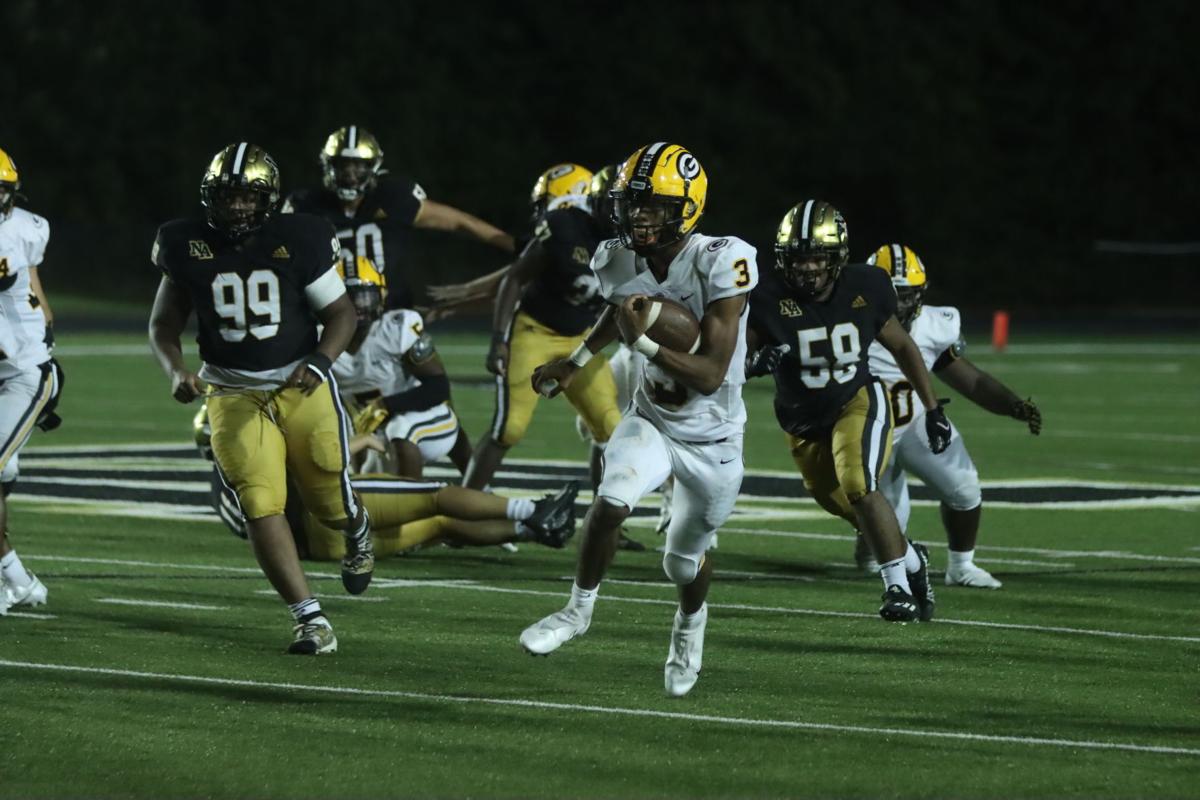 Greenwood’s Daylan Rappley finds some running room against in the team’s 31-7 victory over North Augusta. 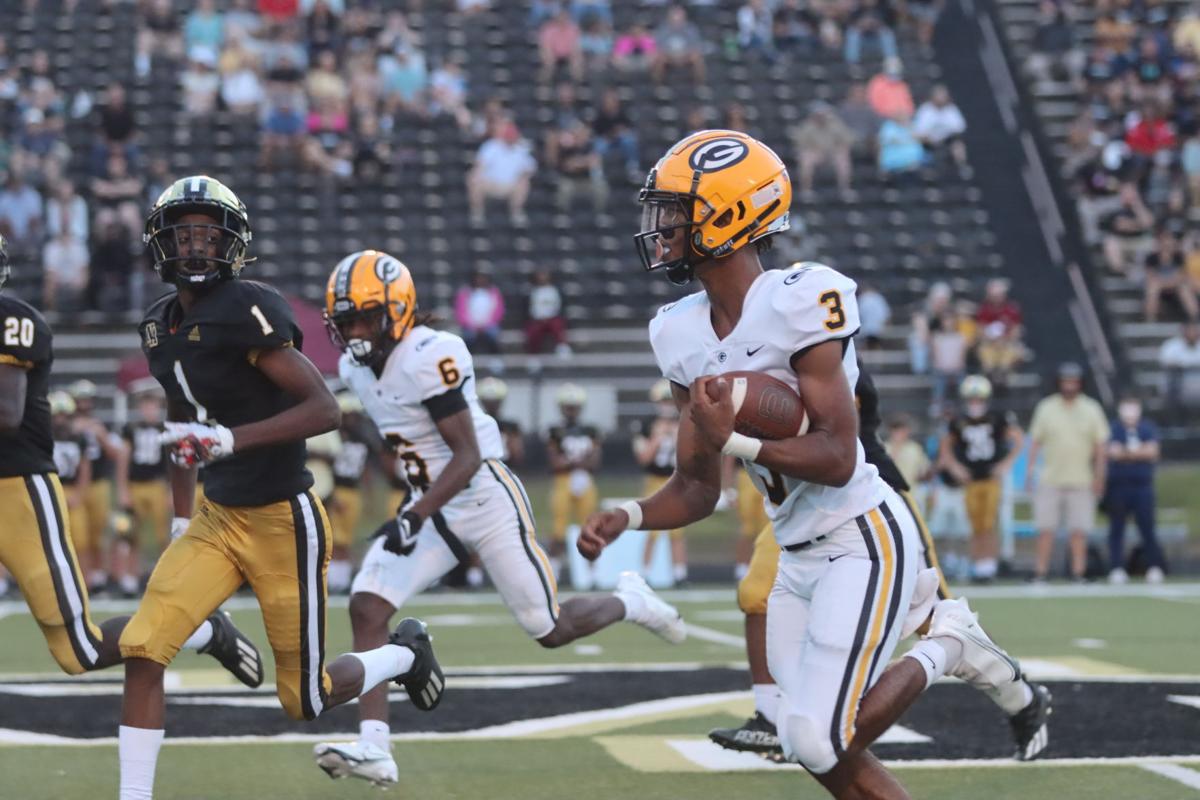 Eagles quarterback Daylan Rappley ran for 66 yards and a touchdown in Greenwood’s 31-7 win on Friday night. Along with his rushing yards, Rappley tallied 122 yards in the air.

Greenwood’s Daylan Rappley finds some running room against in the team’s 31-7 victory over North Augusta.

Eagles quarterback Daylan Rappley ran for 66 yards and a touchdown in Greenwood’s 31-7 win on Friday night. Along with his rushing yards, Rappley tallied 122 yards in the air.

In a world where football players are inclined to transfer schools rather than bide their time, Greenwood quarterback Daylan Rappley used his time as the Eagles 2020 backup quarterback to fine tune his skills.

Now in his second stint as the starter, Rappley has taken full advantage of the opportunity. The senior tallied more than 200 yards of total offense in the Eagles 31-7 victory over North Augusta on Friday. As a result, he was named the I-J Player of the Week on Monday.

“I’ve just been trusting what the coaches have been telling me to do,” Rappley said. “I had the opportunity to learn under Jaylin Tolbert. I’m just trusting what I am seeing. The more plays that I play in, the more I get to learn as I go. You’ll never be perfect but as long as you practice, you can try to get there.”

Even with the season behind Georgia State wide receiver Jaylin Tolbert, the starting job was not guaranteed for Rappley. He would still have to beat out fellow quarterbacks Josiah Jeffery and Kaleb Burton. According to Greenwood offensive coordinator Adams Dean, Rappley rose to the occasion during training camp.

“He didn’t complain at all last year, he just worked and if his number would have been called last season, he would have been ready,” Dean said. “He knows every single position on the field. If I ask him what the tackle does, he knows exactly what he does. He knows what the wide receivers do and he just continues to be a student of the game and he had continued to work.”

The continuous devotion to understanding the offense has paid off this season as he ranks second on the team in rushing yards (310) and rushing touchdowns (3). Rappley has also continued to develop as a passer, tallying 328 yards through the air, completing more than 60% of his passes, while adding two touchdowns. His lone mistake of the season was an interception against Catawba Ridge.

“When we had Lowndes (Still) and Carlos (Norman) go down, we had some young guys playing ‘A,’” Dean said. “I came to Daylan and said ‘let’s meet I want to make sure in the huddle when the “A’s” don’t know what they are supposed to do, you can help them.’ He said ‘Coach, I’m fine. I know what they “A’s” do, we don’t need to meet.’ He’s jumped in the playbook, not for himself, but for every position.”

Rappley’s knowledge had bred confidence in his game, so much so that he is not afraid to make any throw or call any play. Case and point, Rappley’s 93-yard bomb to Karlnyious Norman was the same exact play where he was picked off by Catawba Ridge’s Jacobie Henderson earlier this season.

“Daylan deserves every bit of it,” Greenwood head coach Chris Liner said. “Good things happen to good people, and it’s really fun to see him having his time in the spotlight.”