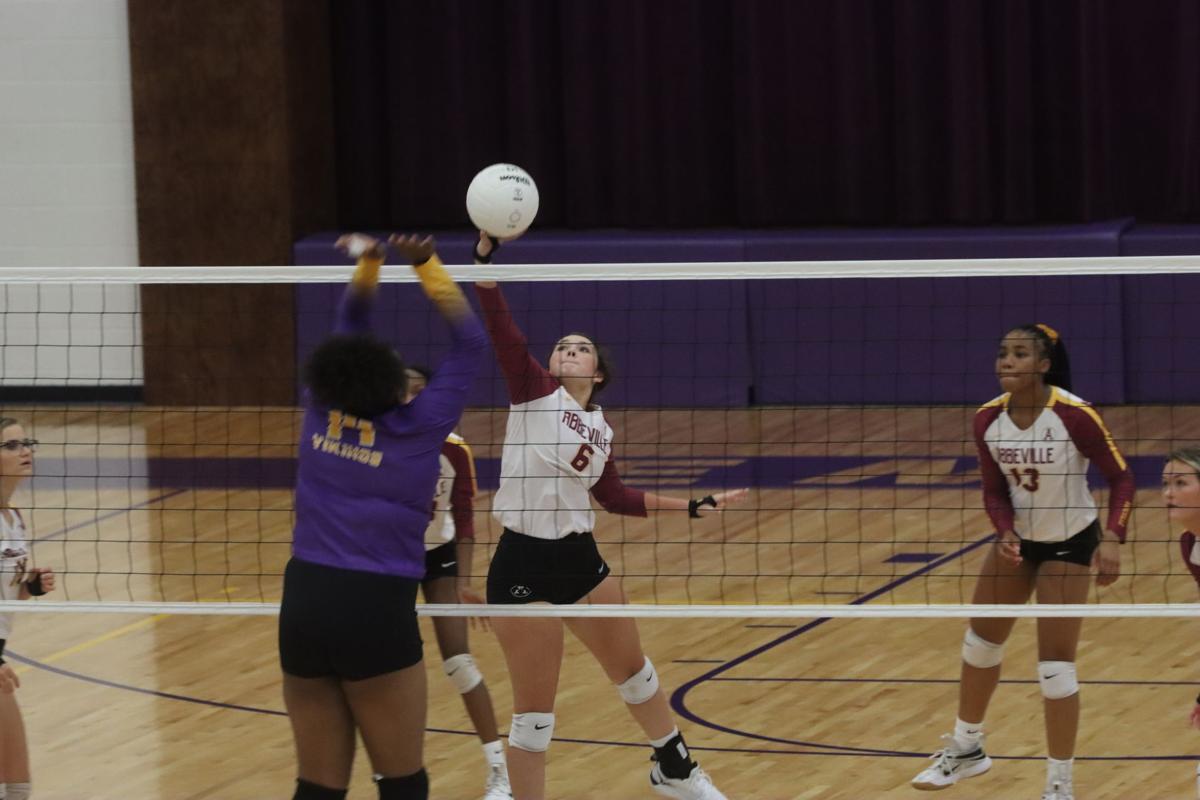 Abbeville's Naveah Leach pushes a ball over the net for a kill in Abbeville's win against Emerald on Tuesday. 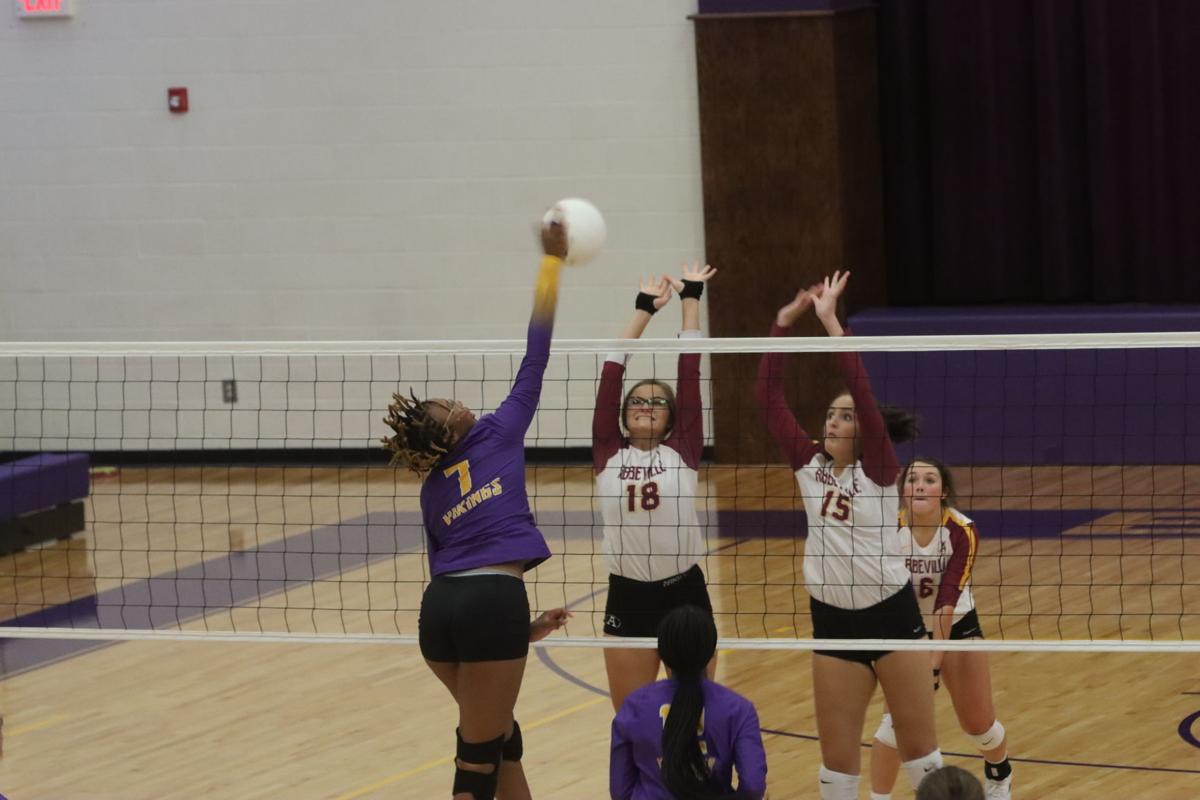 Emerald's Demetria Jordan finishes one of her 19 kills on Tuesday. 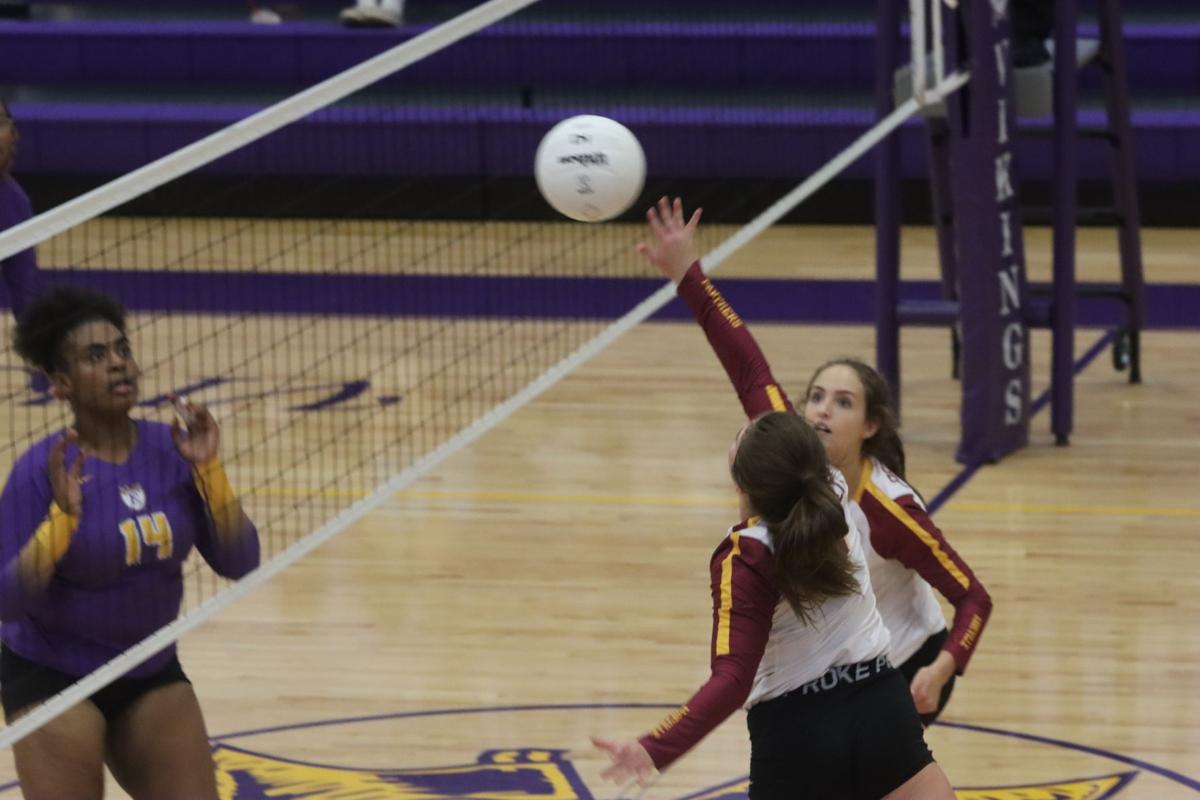 Abbeville’s Drew Beauford tips a shot over the net in the five-set match against Emerald on Tuesday.

Abbeville's Naveah Leach pushes a ball over the net for a kill in Abbeville's win against Emerald on Tuesday.

Emerald's Demetria Jordan finishes one of her 19 kills on Tuesday.

Abbeville’s Drew Beauford tips a shot over the net in the five-set match against Emerald on Tuesday.

From the first serve in the first set, it looked like Abbeville volleyball was going to make quick work out of Emerald, but the Vikings had different plans. The Vikings won second and third set, forcing Abbeville to extend the match to five sets before the Panthers won 15-13 in the final set.

“It was a major confidence boost. We have another region game tomorrow, so hopefully we’ll take the momentum with us,” Abbeville coach Anne Marie New said of coming from behind to win. “I think just being at the end of the season, keeping the focus on what it is supposed to be is a struggle right now.”

After winning the first set 25-9, the Panthers made a lineup change to prepare some of the younger players to the speed and level of varsity. The change in the lineup and Emerald executing better led to an Emerald lead halfway through the second set.

Abbeville didn’t take the lead again until the score was 18-17. Its lead grew to five before Emerald took over the set and won 26-24.

The Vikings carried that momentum into the third set, winning 25-21. The Vikings scoring nine of the final 14 points to ice the win.

“Some of them just need a reminder that they are here to play volleyball and light that fire under their behinds and get them going,” Emerald coach Ann Cavalier said. “Sometimes we have a slow start but I think they get more frustrated with themselves because they know they can play better.

“They come out fighting in that second and third set. I’m really proud of them for digging deep and pushing through.”

The two teams split the first 18 points of the fourth set, before Emerald called a timeout. During the timeout, New gave her team a spark.

“I told them if they didn’t win this game, they were going to run sprints,” New said. “It’s the motivation for them. Just trying to keep these girls focused. We didn’t make the playoffs this year, but we’re trying to stay focused on winning and being the best you can be no matter what. I’m trying to instill the life lessons instead of the volleyball lessons at this point.”

New’s speech worked, as Abbeville scored 15 of the final 21 points to win the set. In the fifth, Abbeville took control late in the set and held on to a two-point win.

The Vikings celebrated their three seniors on Tuesday, having a pregame ceremony for seniors Brooklyn Riddle, Cheyenne Craig and Kylie Mars.

“Brooklyn Riddle was our captain as a junior last year. Cheyenne and Kylie have been playing for a couple of years,” Cavalier said. “Cheyenne has been killing it with kills, she had 14 kills and five aces tonight. She’s our little killing queen.”