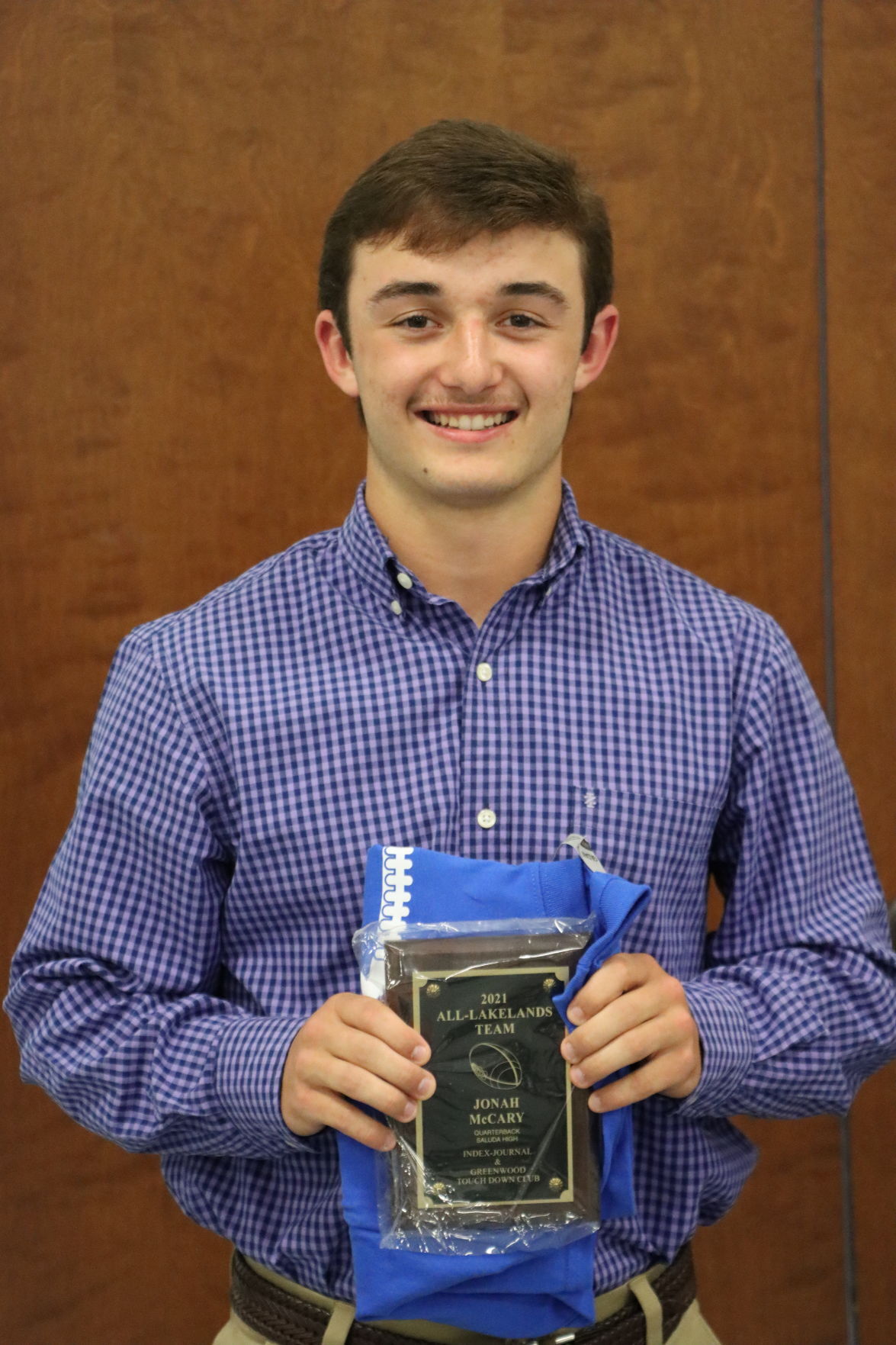 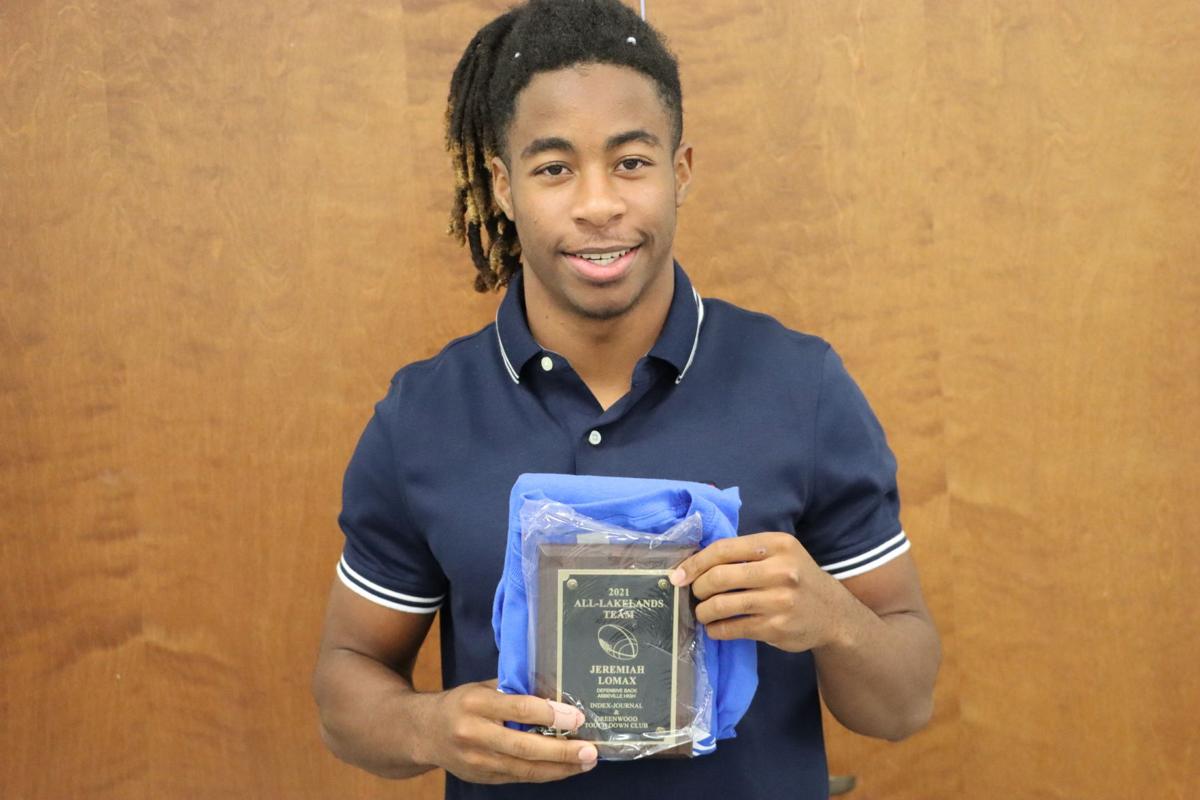 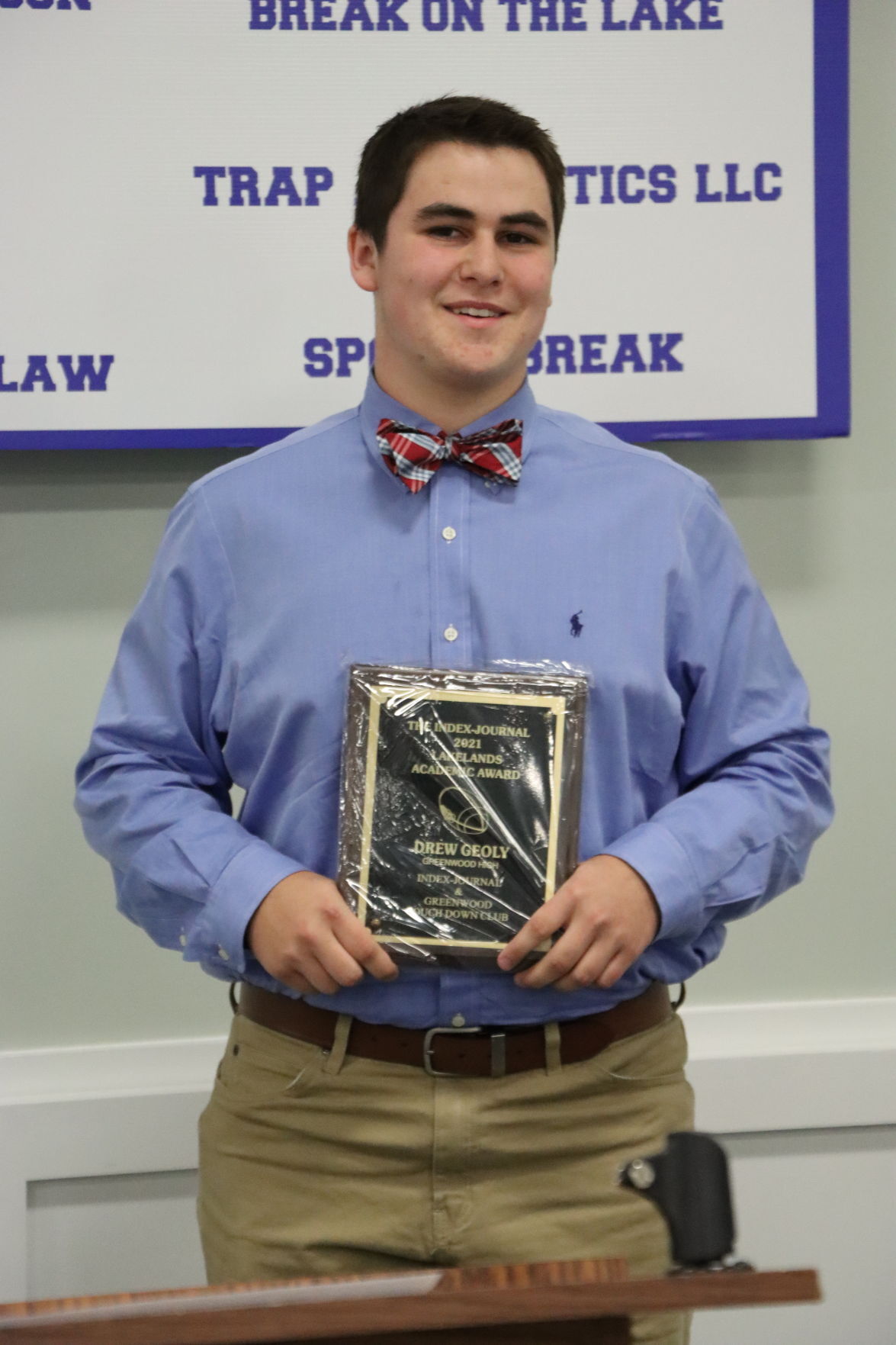 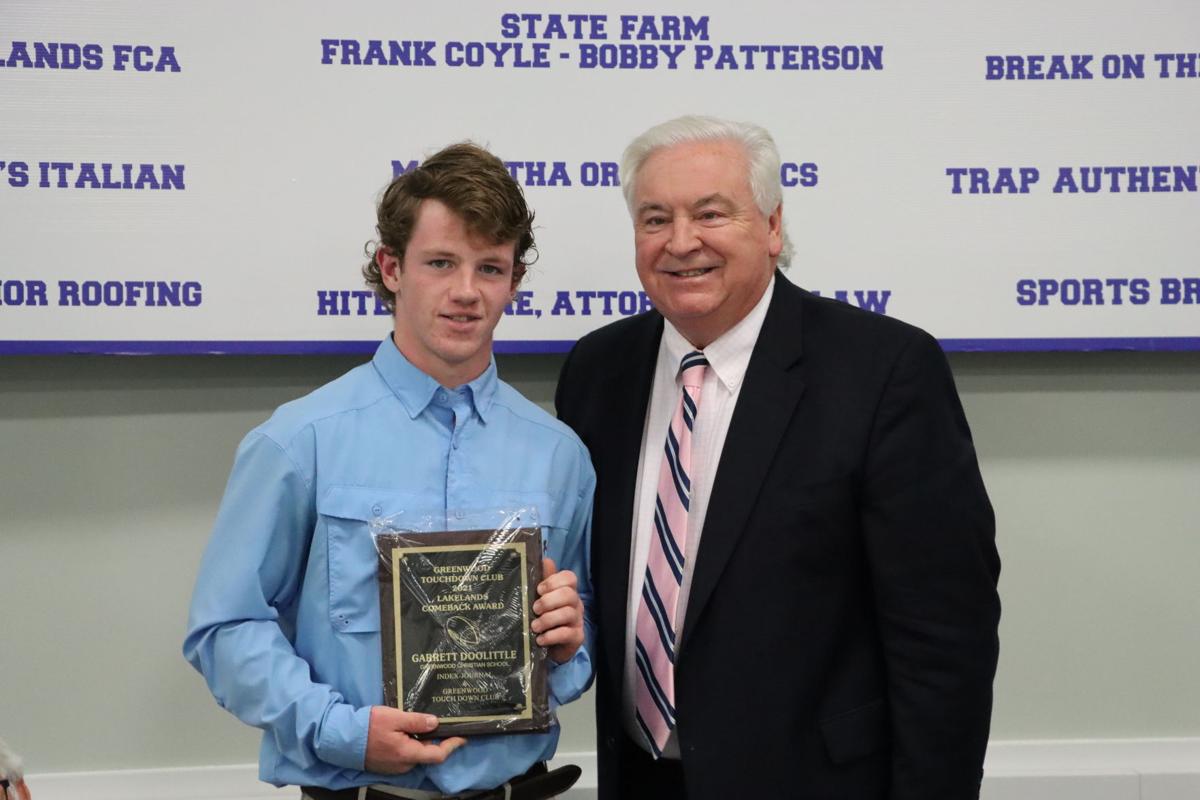 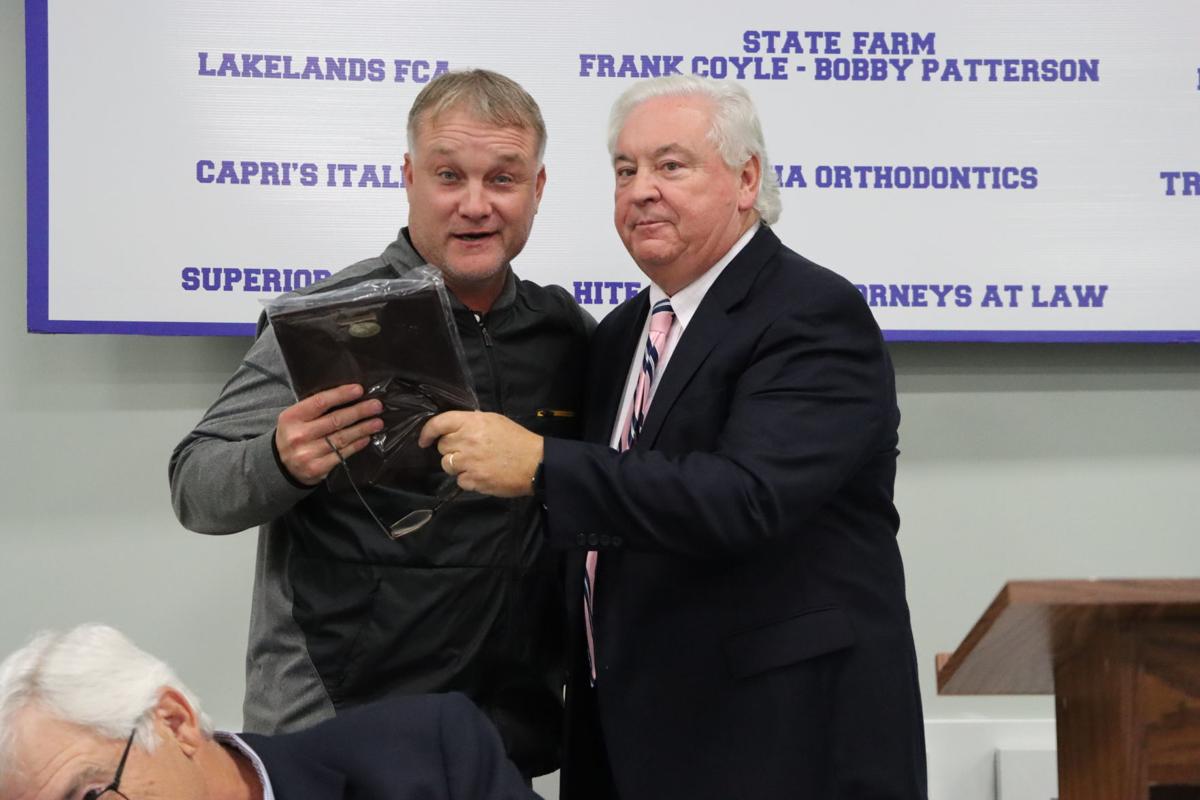 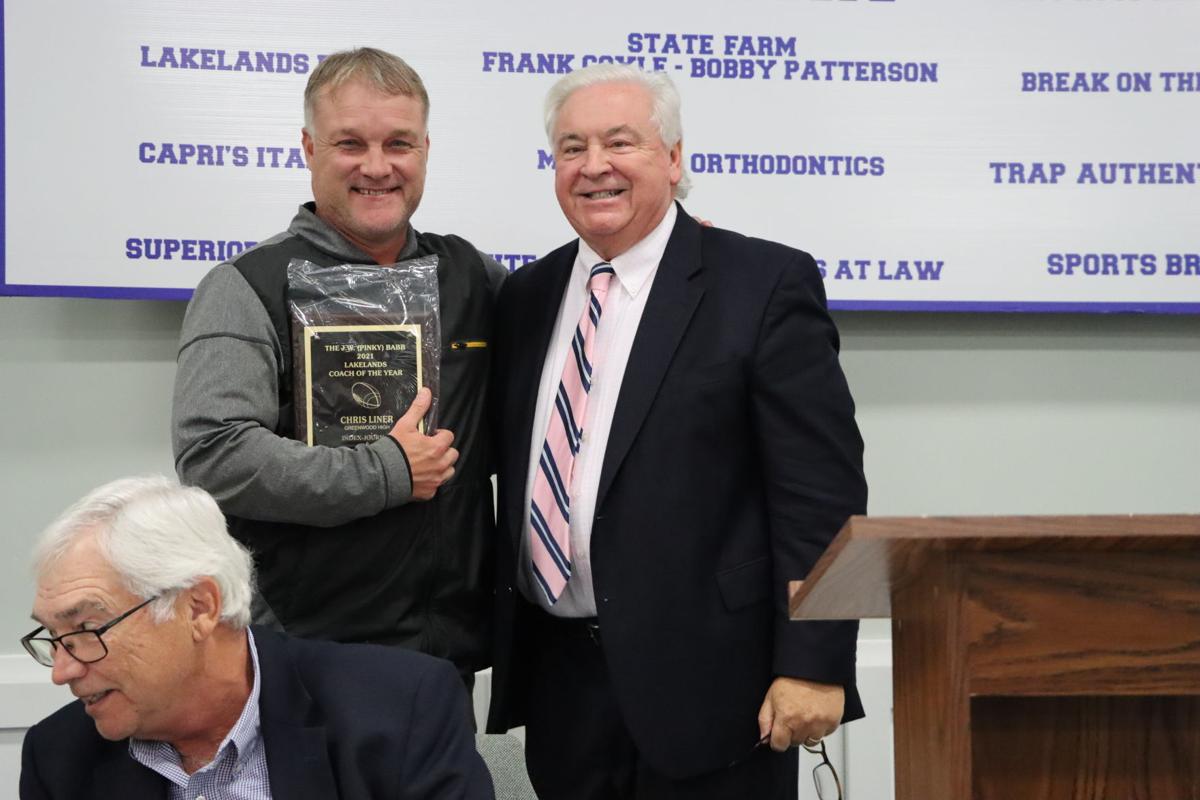 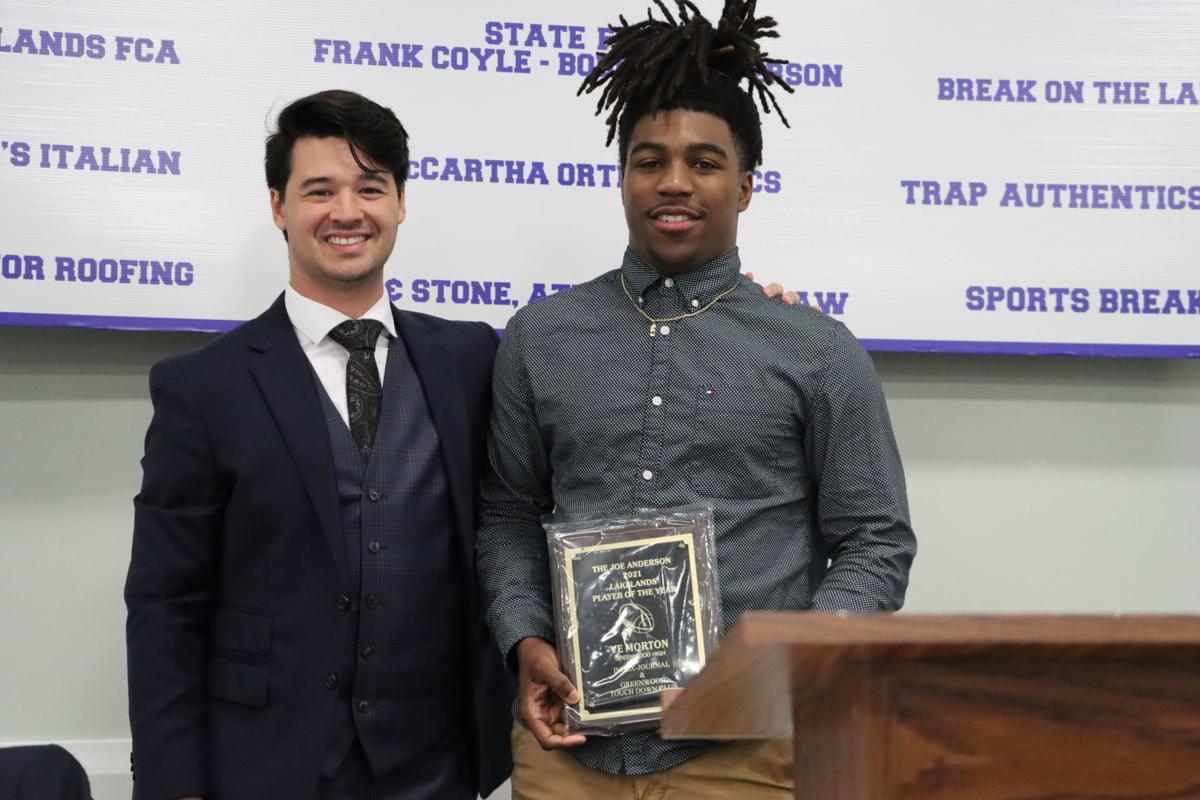 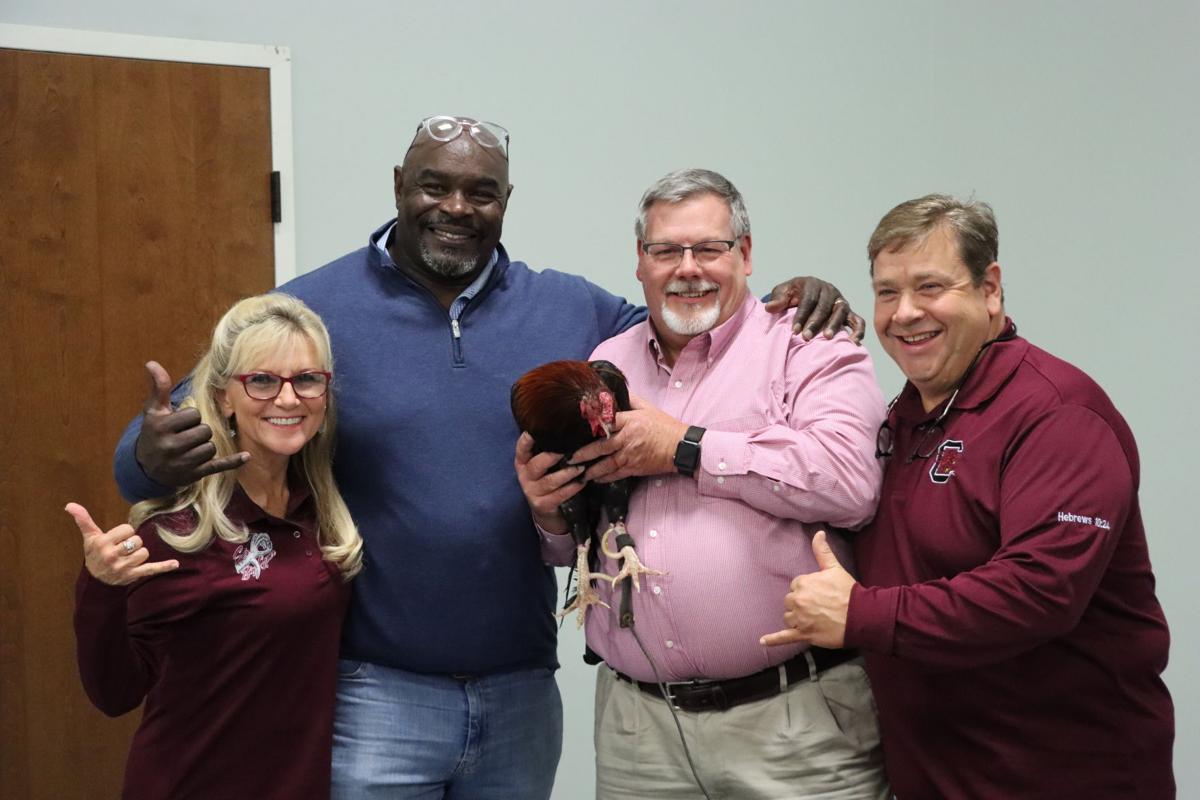 With another football season come and gone, the Greenwood Touchdown Club hosted its final meeting of the season to honor the 2021 All-Lakelands team on Monday.

Academic AwardThis year’s Index-Journal Academic Award went to Greenwood senior Drew Geoly. Geoly, the Eagles’ center in 2021, is also the school’s student body president and is the No. 4 student in his class with a 5.434 GPA.

He was also named team captain for an Eagles team that went 10-2 this season, falling in the third round of the playoffs to South Pointe.

“Being a leader on the team meant a whole lot to me this season,” Geoly said. “I was so honored to be captain of the team and I really took pride in putting our team in the best position to do well.”

Geoly said he came in with the mindset to “leave his mark” on Greenwood just like many of his family members did before him as he captures the award that he said “encapsulates this season.”

“It’s very hard for people to understand if they didn’t see it,” Geoly said. “As the players and coaches we were really lucky that we got to experience the magic that we are bringing back to Greenwood.”

of the YearTwo years ago, Garrett Doolittle was hospitalized for Pseudotumor Cerebri, a disorder that mimics the symptoms of a brain tumor. Even faced with the unknown, Doolittle was focused on getting back on the field for Greenwood Christian.

Because of his determination, Doolittle was named the Comeback Player of the Year during Monday’s banquet.

The past two years, Doolittle has played injury-free and, as a senior, led the Hawks in tackles from middle linebacker and played on the offensive line.

Throughout his football career, Doolittle missed time with injuries, but the past two years, he stayed healthy and on the field.

“I always had at least one injury every year. Last year and this year were the only two years I didn’t have an injury,” Doolittle said. “I was happy to finish the season without an injury.”

“It was great to be recognized for something even though we didn’t have such a great year,” Shirley said. “I just appreciate all my teammates that helped me get there. It’s good to be recognized, but it all goes to them for helping me get the award.”

Shirley played quarterback and safety for the Hawks this year, totaling more than 1,300 yards and was a key leader on the defense.

Coach of the YearFor the second year in a row, the award named after legendary Greenwood High School head coach J.W. Babb, was awarded to Eagles head coach Chris Liner.

In his second season as head coach of his alma mater, Liner led the Eagles to their first 10-win season since 2012. Along the way, he commanded the best rushing offense in the state tallying more than 3,100 yards this season.

“I think the biggest credit goes to Greenwood Superintendent Dr. Steve Glenn,” Liner said. “He allowed me to come here and put the staff together that we were able to put together. I’d love to take the credit, but I really can’t.”

Along with crediting Principal Kathryn Benjamin and Athletic Director Sparky Hudson for his success, Liner said that winning the award with Babb’s name on it “meant the world to him.”

This year’s recipient was fullback Ve Morton. Morton tallied 1,781 rushing yards the second-highest season total in school history. The junior also set a school record for most rushing yards in a single game as he tallied 335 yards against Greer.

“It’s great knowing that I put the work in and to get awarded with this award, it’s great,” Morton said.

Morton was a catalyst in one of Greenwood’s most explosive offenses in history especially on the ground. The Eagles led the state in rushing yards with Morton at the helm becoming the third member to tally 20 or more rushing touchdowns in a season.

“He really deserved it,” Liner said. “He’s the guy you want on your team that is doing everything humanly possibly can to help his team win. To have an opportunity to have him part of our team is an absolute blessing.”