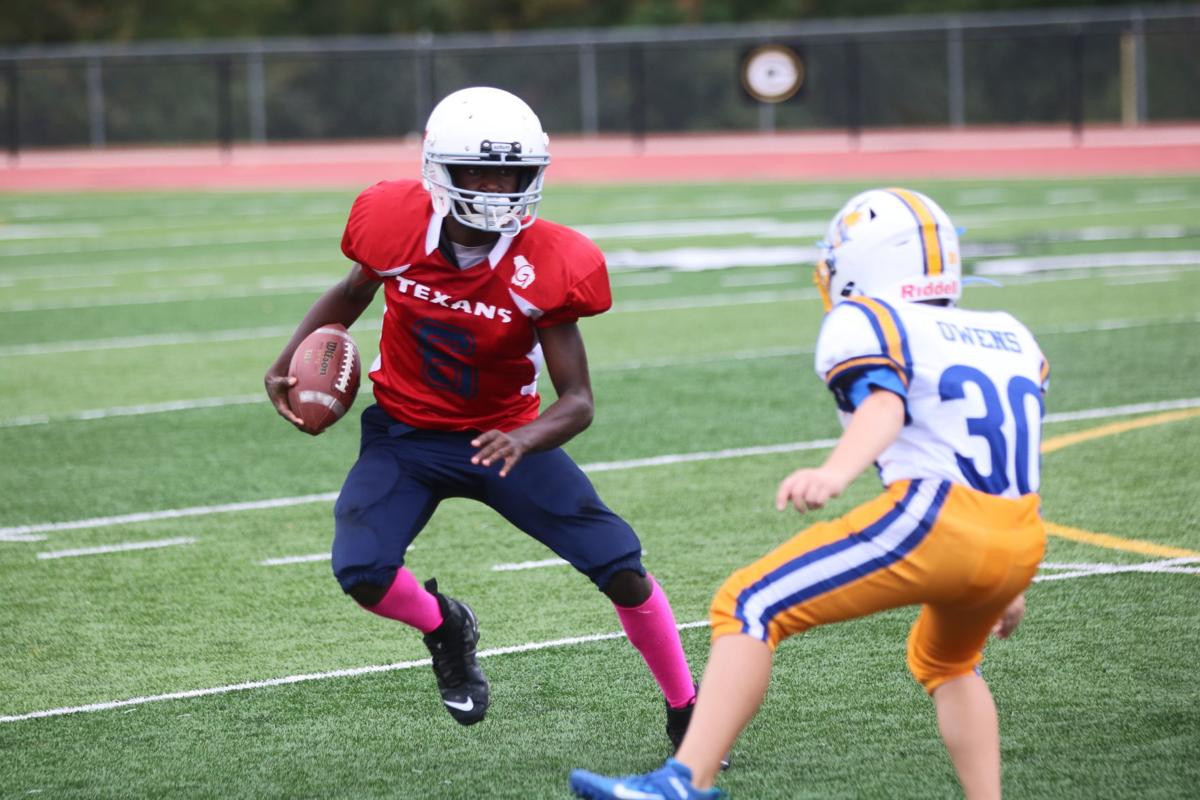 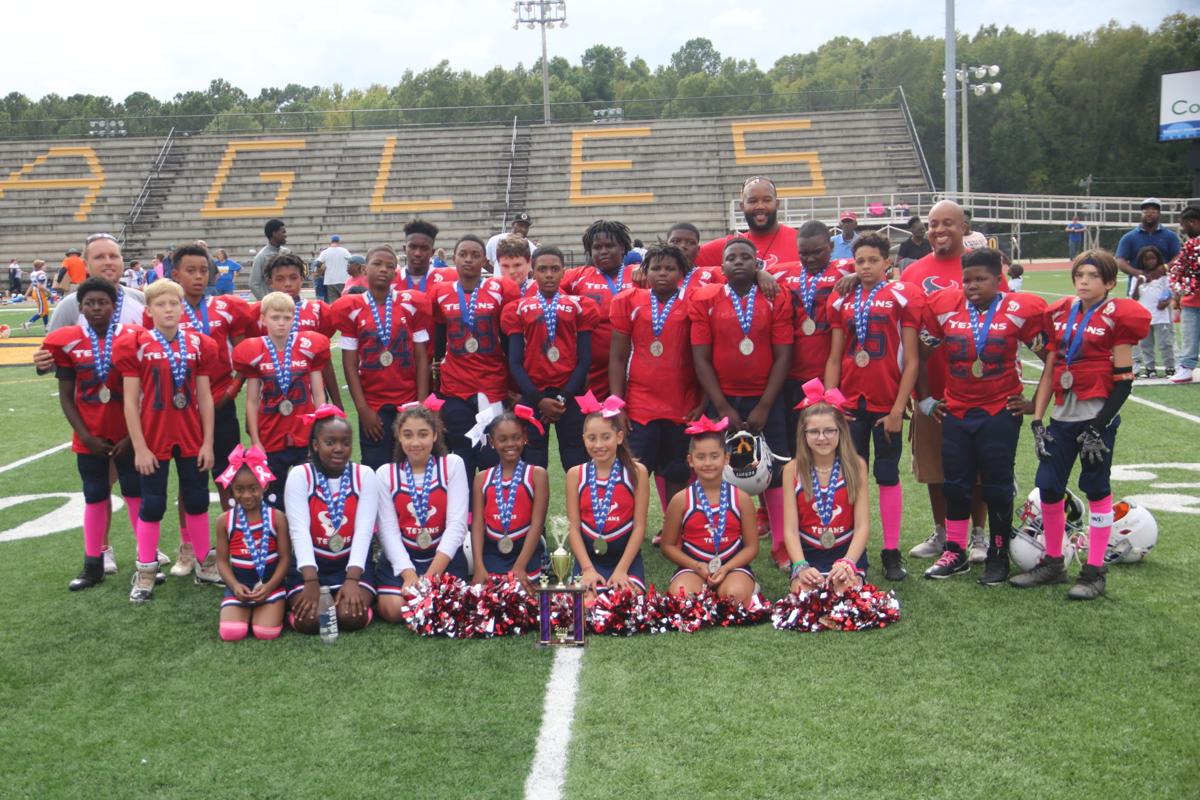 The Greenwood Texans football team poses for a photo after Saturday’s state title game against Wren. 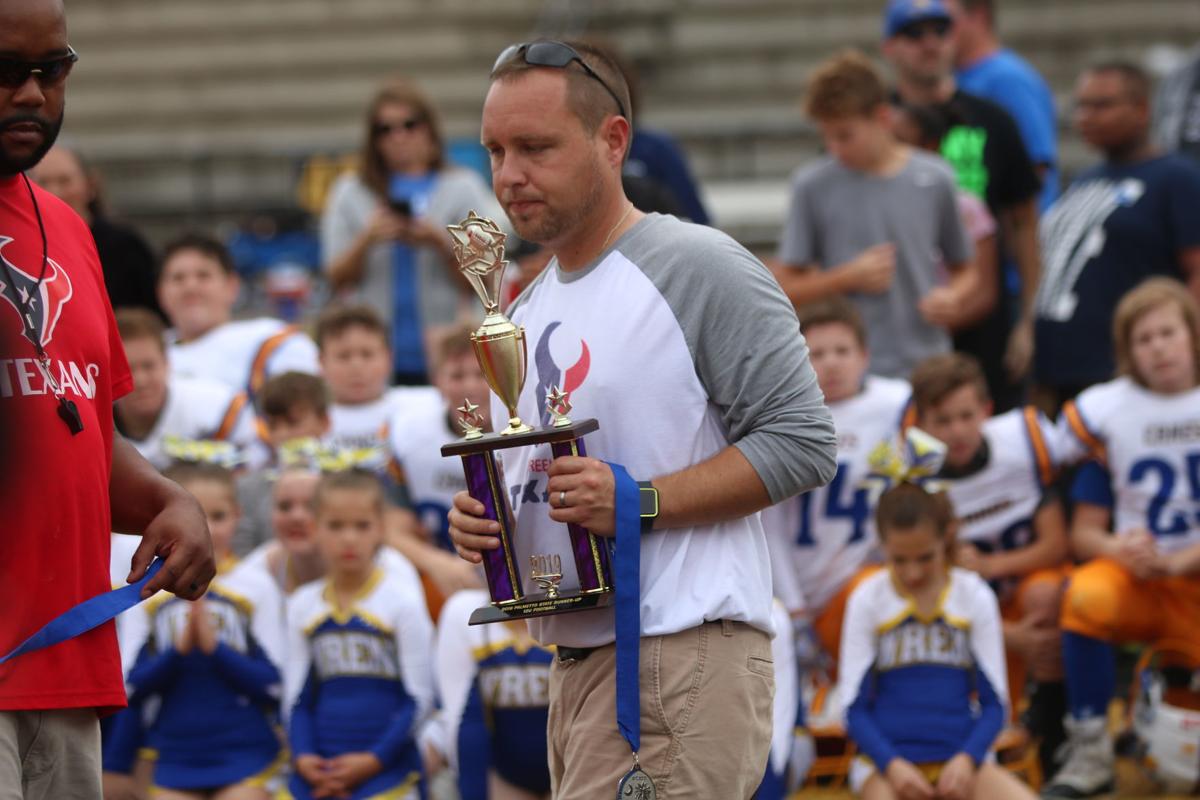 The Greenwood Texans football team poses for a photo after Saturday’s state title game against Wren.

Greenwood Texans football coach Chris Johnson gathered his team and reminded his players of the feat they accomplished Saturday in the 12 and under Palmetto State Championship at Greenwood High School.

The Greenwood parks and recreation team played in the championship game against Wren after going undefeated in the regular season, but the Texans couldn’t get much going offensively in a 22-6 loss.

Greenwood trailed Wren by just eight points at halftime, but Wren put the game out of reach with two rushing touchdowns in the fourth quarter.

“This is a great group of kids that were 11-0 heading into this game,” Johnson said. “They’ve always played as a family and always played as a group. You have a bad game sometimes, and this just happened to not be our day, but our kids will overcome it.”

Saturday’s game was the Texans’ first time they ever truly faced adversity this season. When Wren took an insurmountable 22-0 lead late in the fourth quarter, the disappointment was evident on the Greenwood sideline.

The Texans, however, continued to fight until the final whistle, and it paid off.

On the game’s final play, Greenwood quarterback Isaiah Goodwin took the snap and ran in for a 45-yard score as time expired to avoid a shutout loss.

“You just never give up, Johnson said. “That’s the one thing, especially at this age group, that we as coaches try to teach the kids so they can take it with them for the rest of their lives. They’re going to have plenty of adversity as they go through with their football careers, and that’s what we’re here to teach them.”

After spending six years with the program, Johnson said he won’t be returning to the team next season. He’s seen many of his players come up from the 8U age group and is excited to see them continue their football careers at the middle and high school levels.

The chance to see his team play for the final time in a state title game at J.W. Babb Stadium is a memory he won’t forget, Johnson said.

'Who is she?' - US Treasury chief takes swipe at Thunberg

Lawmakers assured review of nuclear weapons work to be open