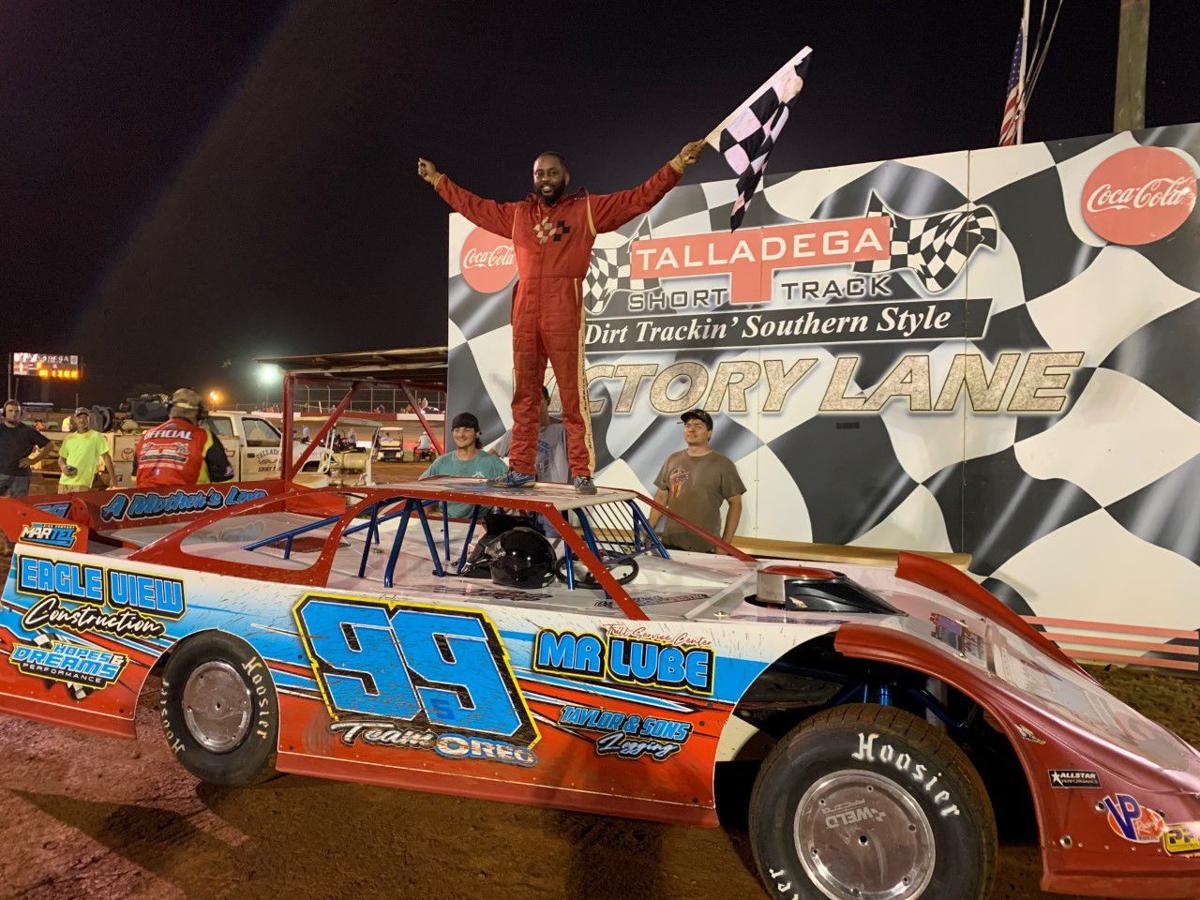 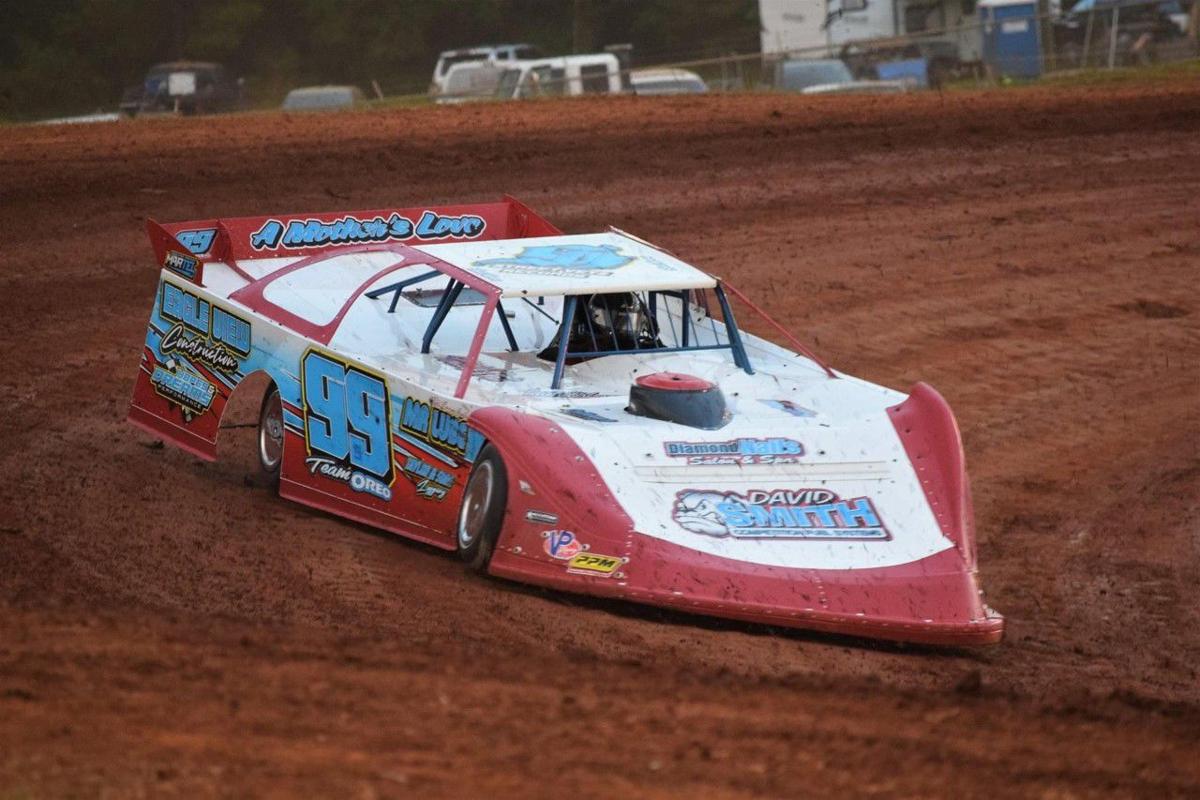 Shun Thomas races at Talladega Short Track, where he became the first black driver to win at the track in late June.

Shun Thomas races at Talladega Short Track, where he became the first black driver to win at the track in late June.

Information in this story has been changed to correct information about a claim Shun Thomas made about not receiving pay in Toccoa, Georgia. Thomas said in a story published by the Index-Journal in 2018 that the incident happened after a race in 2010, not in 2018.

Talladega, Alabama, is a venerated place for stock car racing, and it has become a special place for Greenwood native dirt-track race car driver Shun Thomas.

Thomas became the first Black driver to win a race at Talladega Short Track, continuing the upward trajectory of his career.

“I’m just blessed to be where I am in the sport,” Thomas said. “Black, brown person driving in dirt that’s leading the way, just trying to set a path for any race, not just mine, but any race.

“That means a lot to me, to be able to conquer that, especially with what’s going on in the world these days. That was something big for me and my sponsors to be able to accomplish that.”

Last summer, Thomas also traveled to Talladega and participated in the filming of “Trading Paint,” a movie starring John Travolta that came out in February 2019.

Thomas, who recently moved back to Greenwood from Westminster, was also the first Black driver to win at Hartwell Speedway in 2018.

A lot has changed since 2018, though. Thomas gained loads of new sponsors from Greenwood and made some improvements in racing.

“I’m a better driver now than I was two years ago,” Thomas said. “I’m more of a calm guy. And I love the sport. I have a passion for it. I know I have a passion for the sport. The thing that’s most changed since I started is putting God before man and that’s when the whole thing came together. I don’t worry about the world, what they’ve got going on, I just worry about my job as a race car driver.”

Thomas said his relationship with his mother and brother have been positive forces in his life.

Thomas said the significance of being the first Black driver at Talladega is important to him. He’s experienced racism in the predominantly white sport a few times, but he’s also been respected by most of his peers.

“You still have some racism, but overall I got a lot of respect in my sport,” Thomas said. “I got some that like me, some that don’t, but that’s how it is in anything. The sport has brought a lot of success for me anyway. I’m blessed with my team that’s around me.”

Thomas said in a story published in 2018 by the Index-Journal that he won a race in Toccoa, Georgia, in 2010 and was refused his payout. Thomas said in the 2018 story that he thought it was because he was Black.

Thomas won the Talladega Short Track race the day before NASCAR found a pull rope tied in the fashion of a noose on Bubba Wallace’s garage stall door.

The FBI later found the noose had hung on that door stall since 2019, and had not been deliberately left for Wallace. Wallace, NASCAR’s only active Black driver, had drawn national attention by leading the push to ban the Confederate flag from NASCAR venues.

Thomas said he sees Confederate flags all over the venues he regularly races at. He said he doesn’t get bothered by the sight and thinks NASCAR’s ban was “stupid.”

“It never bothered me, because I knew that the sport I’m in is a redneck sport,” Thomas said. “I knew the rebel flag, I knew this when I started 20 years ago.”

Thomas later continued: “That stuff doesn’t bother me. When they see they can’t bother you by a flag, then you’re winning.”

How Biden chose Harris: Inside his search for a running mate