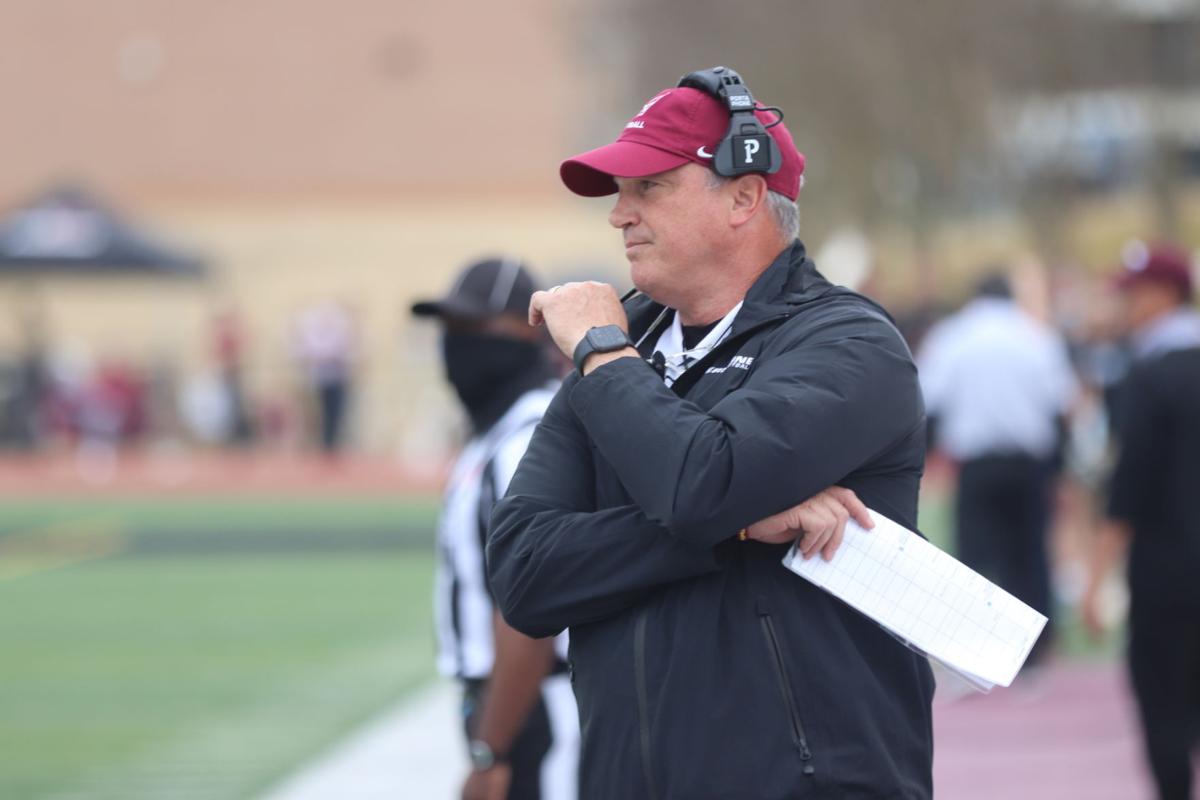 Erskine coach Shap Boyd watches from the sidelines during a game against Shorter. 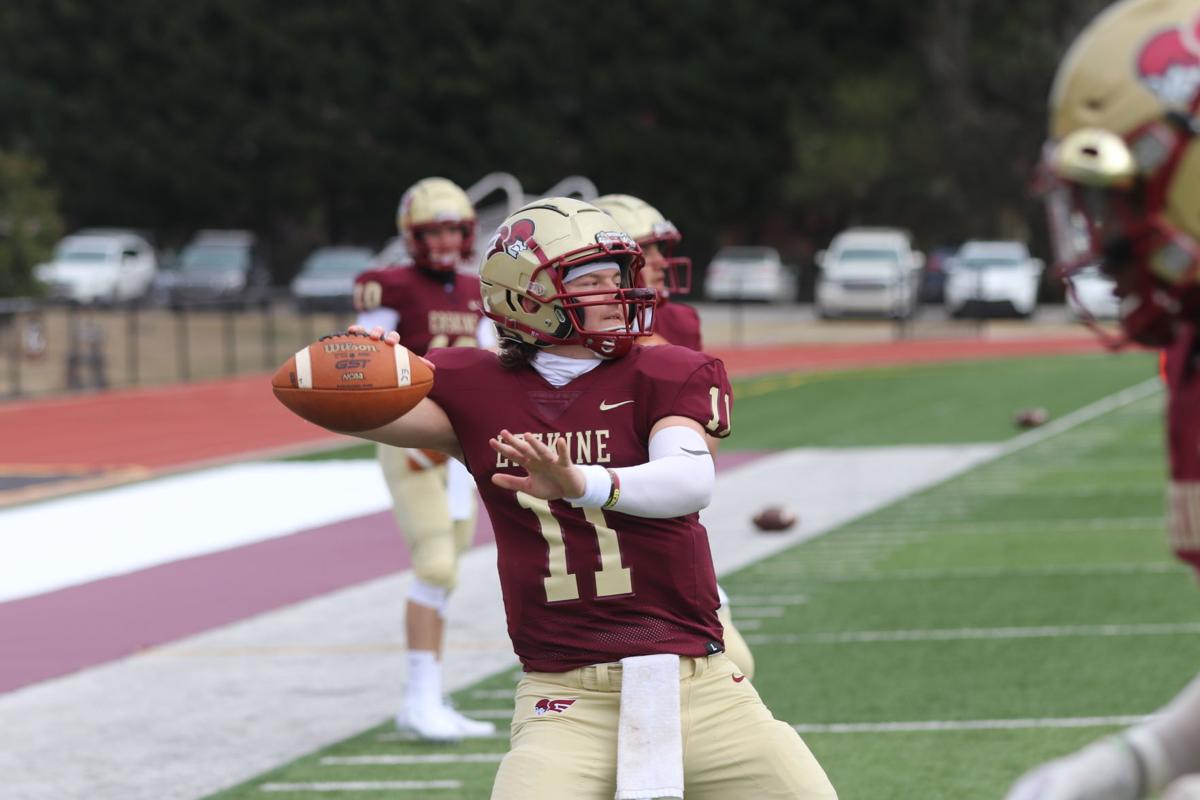 Erskine freshman quarterback Craig Pender throws a pass before a game against Shorter. 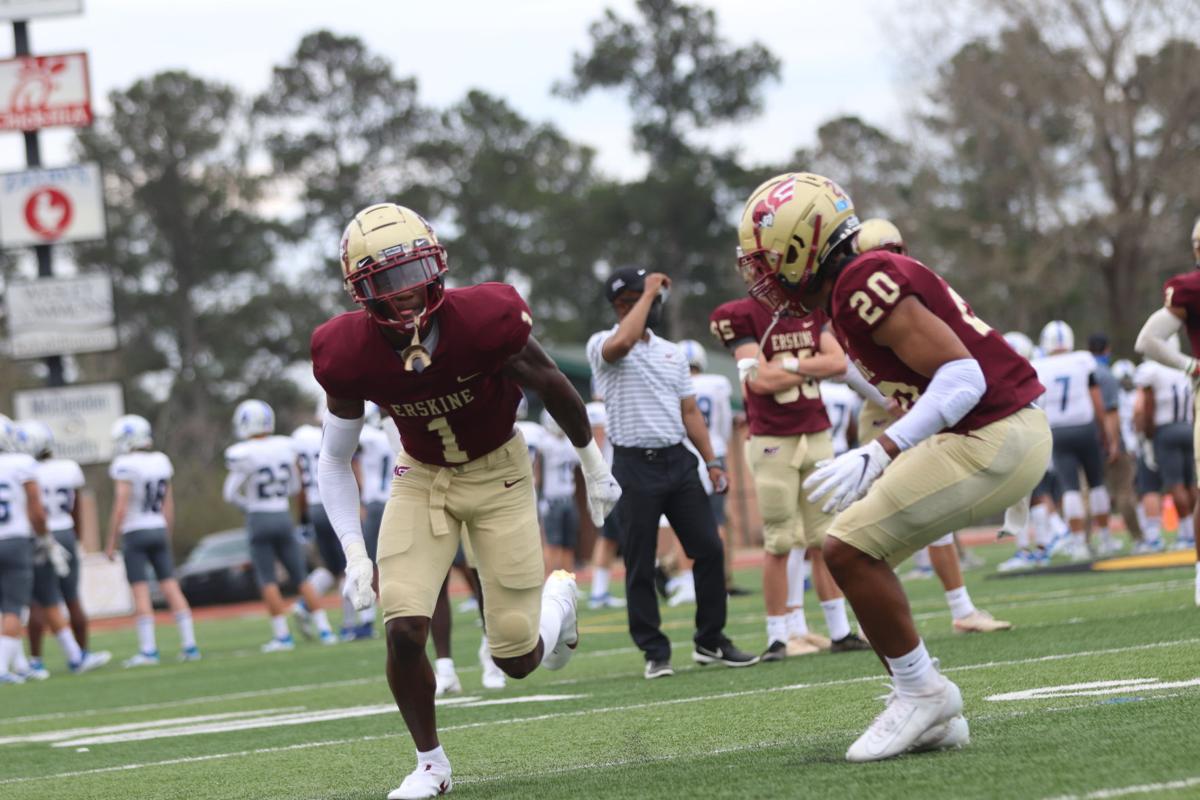 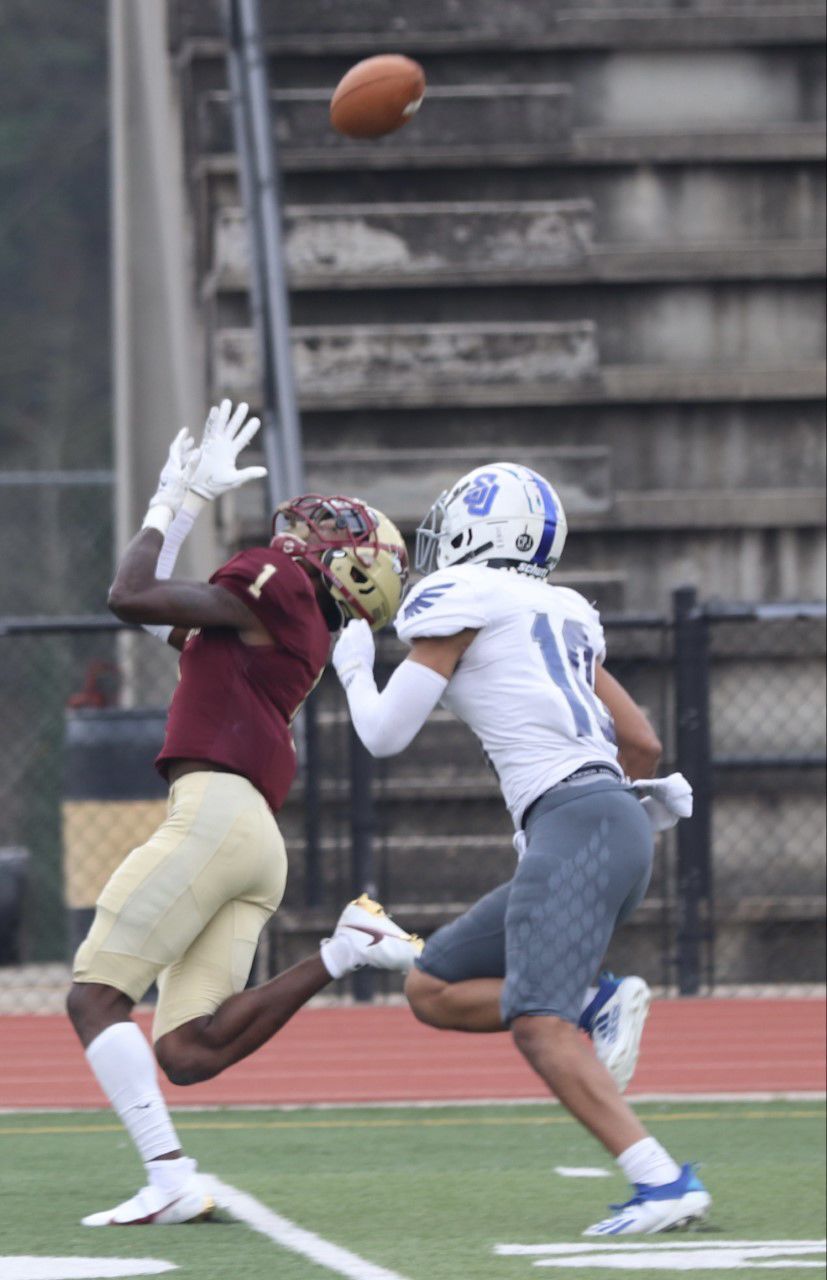 Erskine’s Senika McKie, left, lays out to make a catch against Shorter.

Erskine coach Shap Boyd watches from the sidelines during a game against Shorter.

Erskine freshman quarterback Craig Pender throws a pass before a game against Shorter.

Erskine’s Senika McKie, left, lays out to make a catch against Shorter.

Erskine’s first football season in more than 70 years has been cut short.

The Fleet’s season finale against Limestone has been canceled because of injury issues within both programs. Erskine was set to host Limestone at noon on Saturday at Greenwood High’s J.W. Babb Stadium.

After the cancellation, Erskine had a positive COVID-19 test from a player on the defensive line, according to Erskine football coach Shap Boyd.

The Fleet were already dealing with a bevy of injuries and would have been thin on the defensive line against Limestone because of the players that would have been lost for contract tracing.

“It’s anticlimactic in some ways to end our first season this way,” Erskine coach Shap Boyd said. “On the other hand, we were really beat up. We were tired. This is a group of freshmen, and ultimately, when it’s all said and done, it’s probably the best thing that could have happened.”

Boyd said Limestone is dealing with several injuries, especially on its offensive line, which led to the teams’ decision to cancel the game.

“(Limestone) has had a lot of players out and they ended up having to move tight ends to offensive tackle and stuff like that,” Boyd said. “They didn’t feel like it was going to be safe for their players to play, and I certainly understood that. We’re kind of at that same point. We’re pretty beat up, too.”

After a season-opening win on the road against Barton, Erskine ends the season on a five-game losing streak. The Fleet couldn’t overcome slow starts and were outscored 90-14 in the first half of the last three games.

In the Fleet’s first season back, the team dealt with five schedule changes during its eight-game schedule, including a COVID-cancellation of its homecoming game against Edward-Waters.

As Erskine begins to prepare for the fall, Boyd said he’s hopeful his young players will bounce back from an ever-changing spring schedule and show improvement after an inconsistent return to the field for the restored program.

“They needed some time, and will still need some time, but I think what they needed to figure out was how to acclimate to college football,” Boyd said. “They’re used to lining up in high school and not missing any games. In college, it’s rare when you don’t have kids miss games because of getting nicked up or banged up.

“After these freshmen went up against juniors and seniors, hopefully they’ve learned from this spring that the weight room needs to be your ally. This young group needs to attack that room just like they attack practice, or an exam. It’ll just take time.”

No. 4 Oklahoma, West Virginia will meet to open Big 12 play

49ers look to avoid home letdown when they host Packers

Schools get the brunt of latest COVID wave in South Carolina