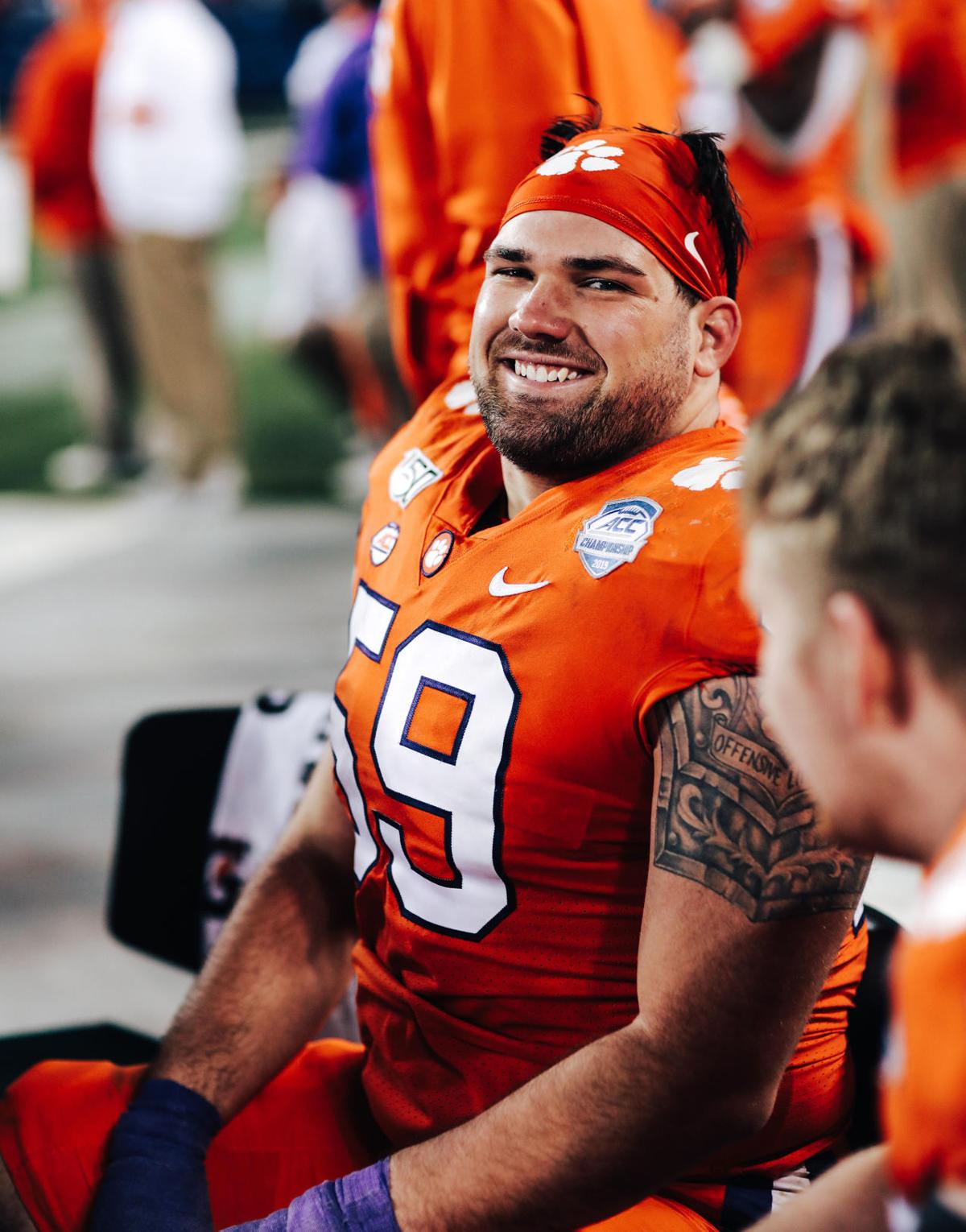 Clemson senior offensive lineman Gage Cervenka smiles on the sideline during a game this season. 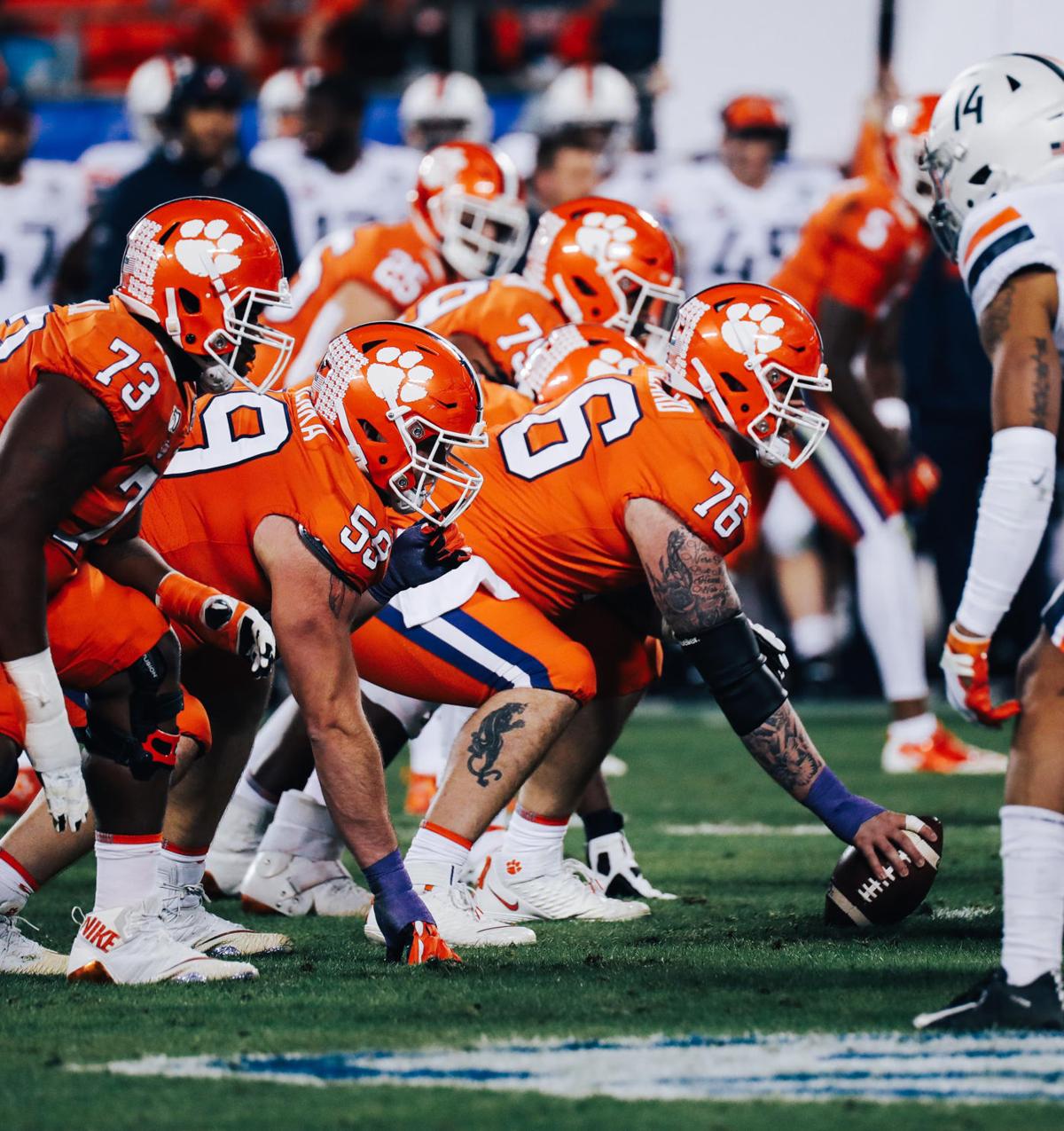 Clemson offensive lineman and Emerald alum Gage Cervenka, second from left, lines up for a snap during a game this season.

Clemson senior offensive lineman Gage Cervenka smiles on the sideline during a game this season.

Clemson offensive lineman and Emerald alum Gage Cervenka, second from left, lines up for a snap during a game this season.

Clemson redshirt senior Gage Cervenka, a 2015 alum of Emerald High School, will try to cap his college career with a third national championship victory when the No. 3 Tigers take on LSU at the Mercedes-Benz Superdome in New Orleans.

“This has been five-and-a-half years in the making, and it is sad, bittersweet to know that it’s his last college game,” Scott said. “He’s focused and knows he’s going against a very good team. It’s awesome to watch him at this stage and play for his favorite team. He’s making his dreams come true.”

Gage emerged as a starter at right guard in the 2018 season after playing 10 games at center in 2017.

This season, Gage was named a second-team All-ACC selection.

Scott and his wife, Dottie Cervenka, will make the trip to New Orleans to watch Gage play in his final college game. They haven’t missed any games since Gage entered the lineup in 2016.

The game kicks off 8 p.m. Monday and pits the two undefeated teams together for the fifth time in the College Football Playoff era.

Clemson was the No. 2 seed when it defeated No. 1 Alabama in last season’s national championship. The defending champions will face yet another top-seeded team in LSU.

“It’s the same rhetoric they were up against last year, that they have to go through the best team in the nation,” Scott said. “I told Gage to just focus. They got the job done last year. They can do it again this year.”

Two-sport legacy at EmeraldGage has grown accustomed to success at Clemson, but it all started at Emerald, where he went 199-1 as a heavyweight wrestler.

In football, Gage was initially recruited out of Emerald as a three-star defensive lineman, but his role changed as soon as he began to break into the lineup at Clemson.

Former Emerald football coach and current athletic director Tim McMahon wasn’t surprised by the adjustment Gage made at Clemson because of the impact he saw him make across two sports at Emerald.

“Gage is one of a kind,” McMahon said. “Whenever he attempts something, he expects to be at the top of the heap. He’s made his mark in a lot of different areas. He’s one of the best athletes we’ve had come through the school, and he’s just a really good person.

“He’s arguably the strongest kid to ever walk the halls, and you can’t go down those halls without somebody knowing just how important he was to this school.”

Gage’s strength was consistently on display when he competed on the mat. He is the only wrestler in state history to win four heavyweight state championships.

Gage’s impact on the football program is still felt.

Standout junior Cameron Gordon, Emerald’s burly, top defensive lineman, marvels at what Gage accomplished in football and wrestling during his time at the school.

“I’d say he’s influenced me because my coaches have always talked to me about him,” Gordon said. “My coaches have said, ‘You might be able to be the next Gage Cervenka if you put in the work.’”

Gordon said Gage’s relentless work ethic in the weight room inspired him to elevate his own workout routine. Along with his in-season workouts at Emerald, Gordon trains with Jamar “Hoot” Crawford at Greenwood’s Next Level Fitness six days a week during the summer.

“(Cervenka) was in love with the weight room, so I pride myself on being in the weight room and getting to where he’s at now,” Gordon said. “I think he did leave a huge legacy at Emerald, especially in wrestling. He walked the same halls as us at Emerald and put on that same helmet.”

The next levelWhen Gage takes the field against LSU, Scott doesn’t expect it to be the last time he sees his son play football.

Gage’s Clemson career started off a little slow as he made the transition to the offensive line, but he became a key piece for the Tigers’ high-powered offense.

“It wasn’t like he was a three-year starter, either,” Scott said. “He had to work at it and earn his right to play, and he did it on a top-tier team. He earned his spot, and I think it’s fair to say he’s doing pretty well. Hopefully, it’ll pay off for him and we’ll see him at the next level in the NFL.”

Scott said Gage will begin preparing for the NFL draft process after the national championship game. Gage will fly straight from New Orleans to St. Petersburg, Florida, to play in the East-West Shrine Bowl on Jan. 18. From there, Scott said he expects Gage to hire an agent.

“Hopefully, with Clemson being a national contender, he can get an invite to the NFL combine,” Scott said.

Scott and Dottie have made plenty of road trips over the years to watch Gage. In this final trip, Scott said they’ll be “driving a big old triangle” across the country, as they’ll travel from Greenwood to New Orleans to St. Petersburg to Clemson in a span of two weeks.

“It’ll be easier and cheaper for us to drive,” Scott said. “So we’ll make another mini vacation out of that one, too.”

For now, Gage’s attention will be solely focused on his final game with the Tigers.

Gage will be aiming to keep an impressive feat intact. Clemson hasn’t lost a game with him in the starting lineup over the last two years.

“Whenever I talk to him, I just call him ‘champ,’ because that’s what he is,” McMahon said. “Whatever definition of a champion you have, he’ll fit that. Any other night, I might just be in bed, but with him playing in the championship again, I’ll be watching every play with my breath held. We’re all just very proud of him here at Emerald.”