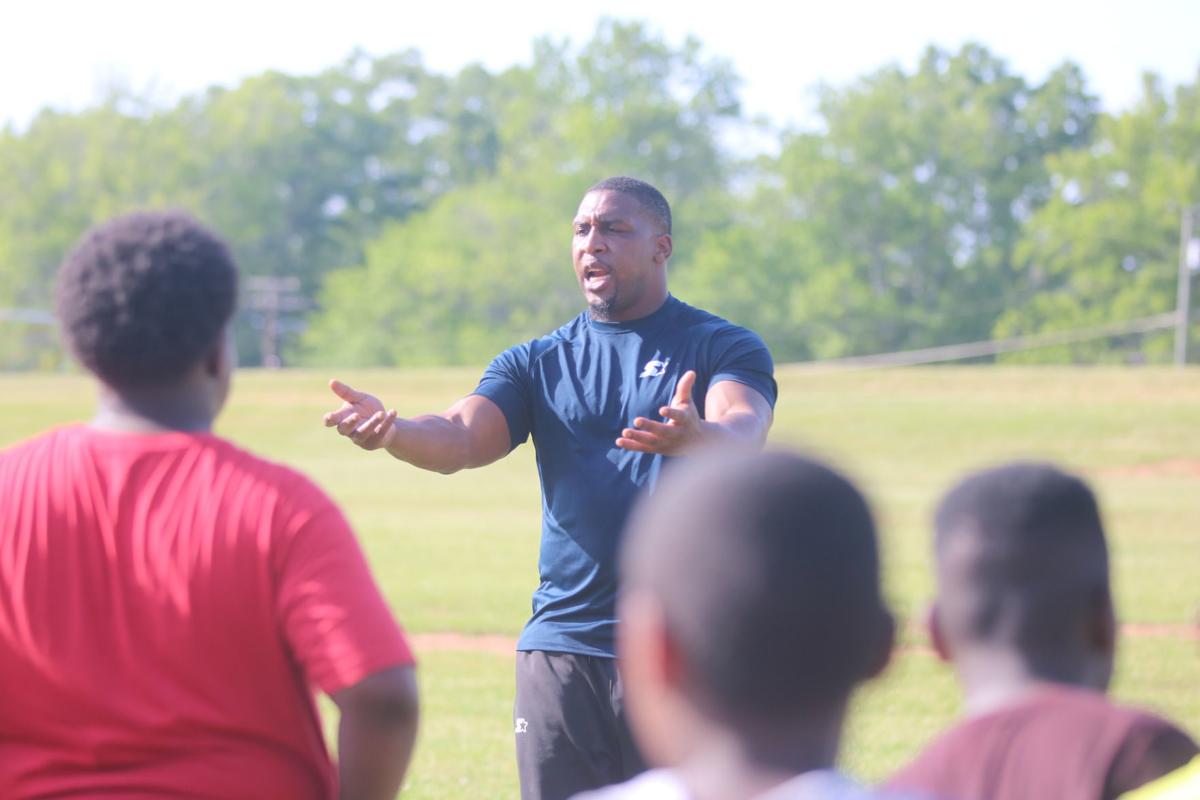 Greenwood native Sam Montgomery, who has played in the NFL, CFL, AAF and XFL, instructs kids during a camp at Brewer Recreation Center on his visit to Greenwood in July 2019. 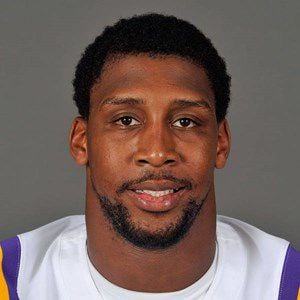 “Play every game like it’s your last,” is a common adage in sports, but the phrase has added meaning for Sam Montgomery.

Montgomery didn’t know he was playing his last game of the season for each of his past two stops in professional football.

With the Memphis Express in the Alliance of American Football, Montgomery played eight games before the league suddenly folded when its investors panicked.

It was deja vu in the Vince McMahon-run XFL, which lasted five games this spring. Montgomery played defensive end for the D.C. Defenders. The XFL abruptly ceased operations when the coronavirus pandemic started, then a declared bankruptcy with no intent on playing another season next spring.

“That’s why you got to play every play like it’s your last,” Montgomery said. “First impressions, last impressions, you make them every day. When I left from Maryland, I really had no sad face or disappointment because everything that I went through or experience or showed, it was done at the highest velocity as I could and that’s why I kept my job.”

Since the nearly out-of-nowhere end to the season, Montgomery has focused on tying up a few loose ends.

Montgomery said he has enrolled again at LSU, where he played football from 2010 to 2012 before being drafted in the third round of the 2013 NFL draft. Montgomery has also gotten to work getting nutrition certified and arranging some nonprofit work in Greenwood.

“It’s something that I’ve been working on for a very long time and I think it’s something that everybody will be very impressed with,” Montgomery said of his charitable work, which he is hoping to unveil soon.

In D.C., Montgomery was one of the more veteran players on a roster full of NFL hopefuls, which included former Ohio State quarterback Cardale Jones.

“My experience playing in the XFL was a great experience, being around different people from all over the world that do the same thing as you at the same skill level,” Montgomery said. “And being around, being able to relate to the younger crowd, being called Uncle Sam, but still being just as fast as one of the young guys, it was a great opportunity to just branch, learn and grow and it was really good football.”

The pandemic has forced athletes to train from home. For Montgomery to be ready at a moment’s notice for his next contract, he’s got to find a way to stay in shape.

“I made sure that regardless of whatever happens, I can get my body in shape,” Montgomery said. “And it’s not that much. It’s not what the workout is. There’s not a drill that makes you get super fast. It’s how you execute it.”

The pandemic has made life difficult for many people in Greenwood and beyond. While the virus found Montgomery out of a job for the second time, he’s using the free time to focus on helping himself and his hometown.

“Right now, I think that during this time the best thing I can do for myself is continue to evolve my mind and keep my body in tip top shape,” Montgomery said. “When this thing rolls over and things start opening up at an appropriate, safer time for me, I’ll do that. But (for now I will) continue to train. A healthy lifestyle is just a part of being a natural human being, athlete or not.”

Jada and Will Smith reveal marriage trouble on Facebook show