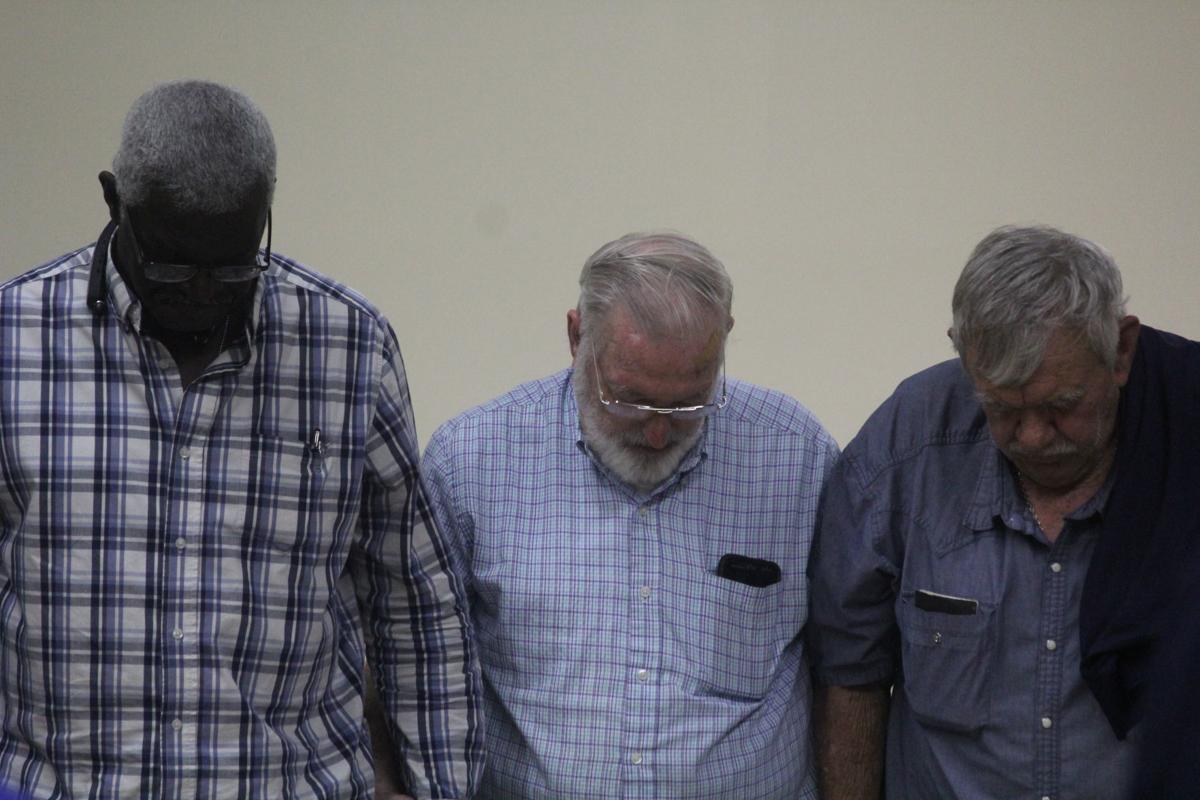 Veterans pray at a recent meeting of Vets Helping Vets, whose membership has surged to more than 80 in the two years since its founding. 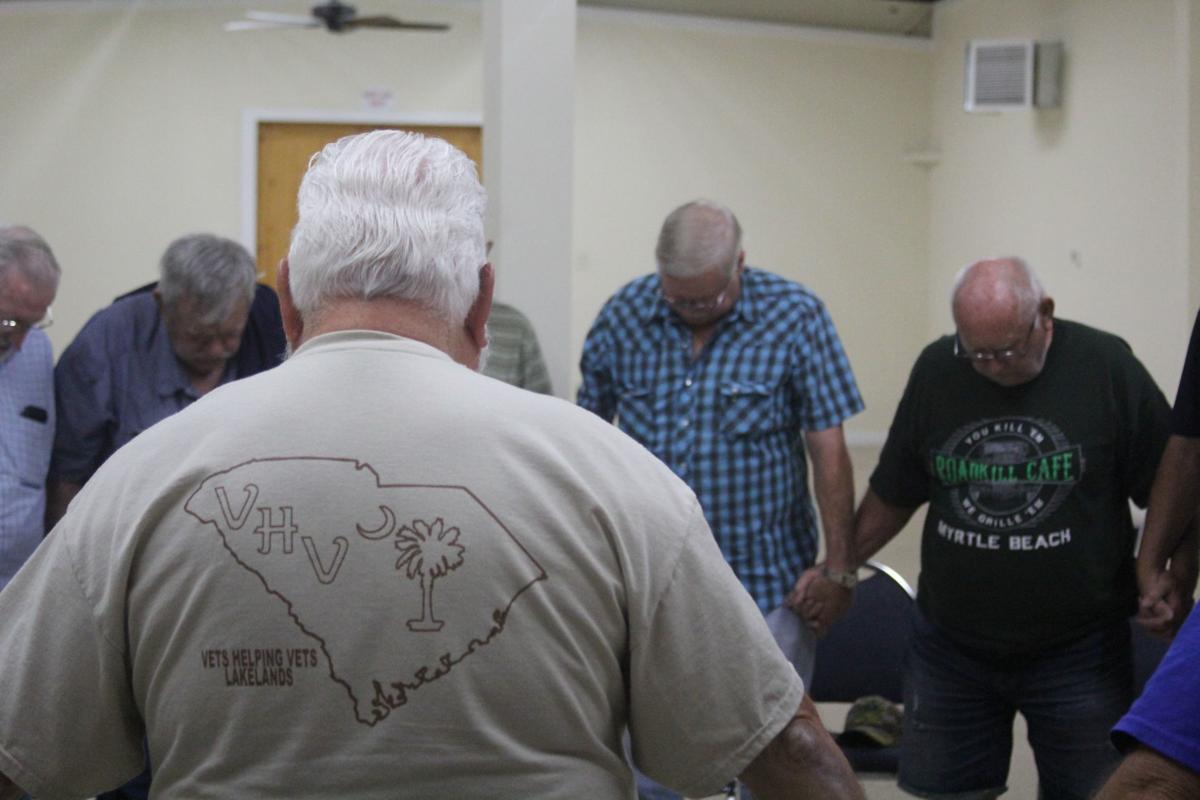 “Some days I feel like it’s my reason for living," Vets Helping Vets co-founder Bob Strickland said of the group. 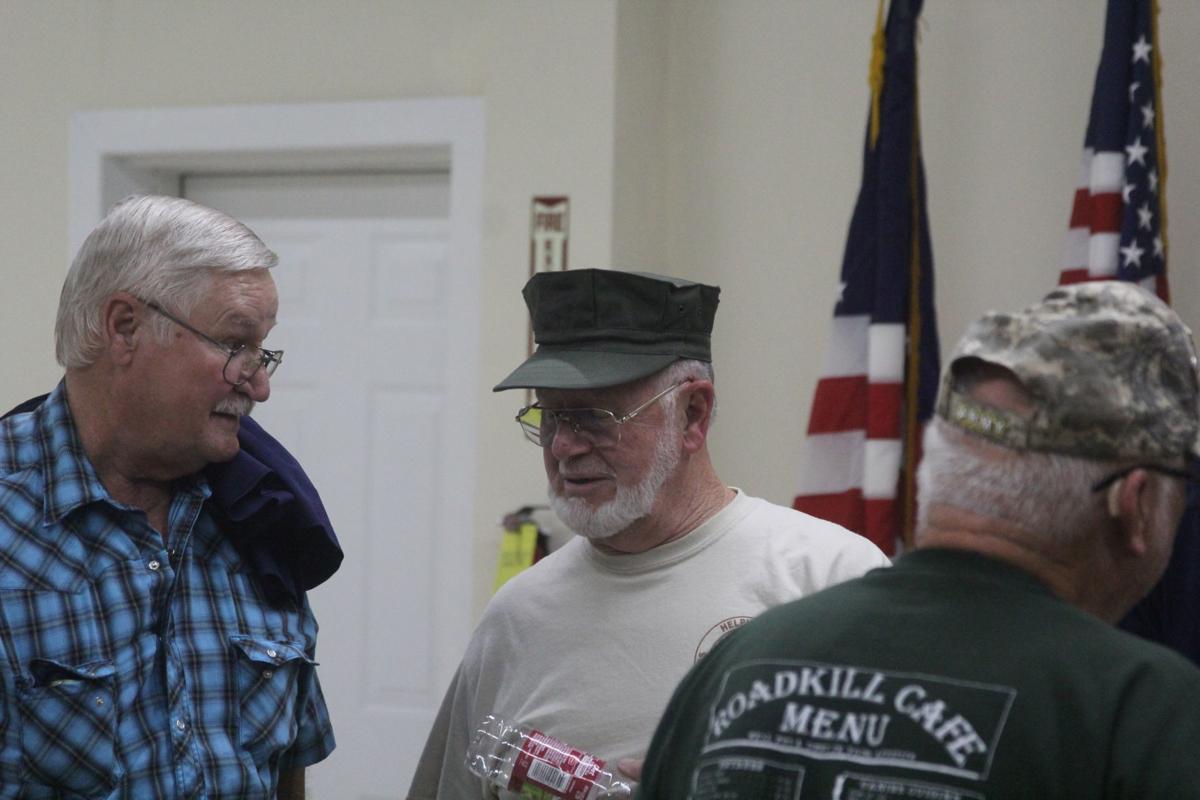 Members of Vets Helping Vets pool their collective experience navigating the United States Department of Veterans Affairs, offering each other tips on how to access their benefits. 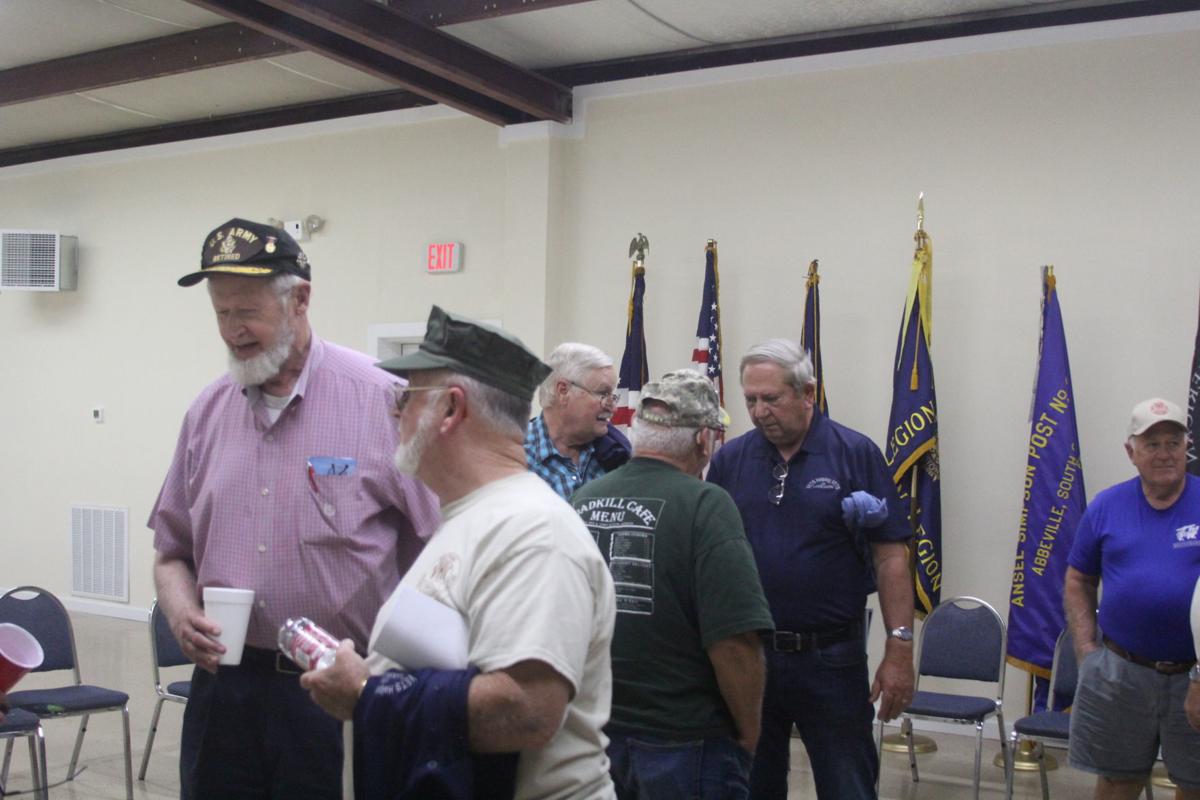 Veterans pray at a recent meeting of Vets Helping Vets, whose membership has surged to more than 80 in the two years since its founding.

“Some days I feel like it’s my reason for living," Vets Helping Vets co-founder Bob Strickland said of the group.

Members of Vets Helping Vets pool their collective experience navigating the United States Department of Veterans Affairs, offering each other tips on how to access their benefits.

During the Vietnam War, he served as an airplane mechanic and was told he wouldn’t see combat.

“When you were in Vietnam, the action was everywhere,” Bobby said. “You didn’t realize that until you got there.

“I’ve been out 51 years now,” he continued. “And I can still just look out the yard and see what’s happening over there. ... It all comes back to you.”

Bobby asked that the Index-Journal not publish his last name, concerned that curious readers might ask about events that haunt him to this day. Even his family, he said, doesn’t understand.

But Gerald Pitts does. And Dale Murray. And John Russell.

They are among the 80-plus veterans of Abbeville’s Vets Helping Vets of the Lakelands. The organization’s second anniversary came and went on Thursday with little internal fanfare. And yet it has been a lifeline for those who have risked everything for their country, perhaps none as much as co-founder Bob Strickland.

“Everything,” Strickland said when asked what has changed in his life since the group came together on the first Thursday of June 2017.

Dissatisfied with a new counselor heading their veterans’ support group in Greenwood, Strickland and retired Air Force air transportation manager John Russell — inspired by a group in Anderson — asked the group’s 18 members whether they would like to strike out and form one of their own.

Fourteen said they would.

Members pool their collective experience navigating the U.S. Department of Veterans Affairs, offering each other tips on how to access their benefits.

Thursday, Teresa Mahaffey, VA representative of Abbeville County, dropped in to share some good news. That very day, the 75th anniversary of the Allied invasion of Normandy, veterans could begin seeking treatment at local healthcare providers, the cost of which would be paid for by the VA; no longer would they have to go to the nearest VA Hospital, which, for many in Greenwood and Abbeville counties, is in Columbia or Augusta, Georgia.

“But you need to let them know at the window, ‘I am here under the VA healthcare,’” she said before running through some of the provisions in the new law and specialists they could now see locally, all the while parrying the veterans’ playful banter.

Vets Helping Vets offers its members much more than logistical support, however.

Many of its members suffer from post-traumatic stress disorder, Strickland said. One of them wakes up in the middle of the night, takes his pistol and walks the perimeter of his house until the sun comes up, on guard. Bobby still makes a point to check the doors, and look out the window of his bedroom for threats before going to sleep.

“A lot of people might laugh about it,” he said. At Vets Helping Vets meetings, they talk about the ways in which they struggle to process the trauma of what they had seen and done.

“We just get to talking, and they brought a lot of stuff out of me from what happened to me in Vietnam,” he continued. “And it helps a lot, it’s been a big benefit to me.”

“A lot of times, these veterans do not really feel comfortable talking to folks from the outside,” Russell said. “They will talk with other veterans (however). They will mention things there that they will not share with anyone else.”

Pitts never saw combat during his service, but years as a first responder in Dayton County, Florida, have been no less traumatic.

Pitts listed the symptoms that stay with him to this day: “Occasional nightmares, hyper-vigilant, sensitive to sudden loud noise. ... The usual symptoms,” he said. “All of us have different experiences but the symptoms are always the same.”

“Twenty-two vets a day take their own lives — 22,” Strickland said. “And if our group can get someone in there, if we just save one from taking their own life, we’ve done our job.”

Strickland had spent most of his life around those who have served, whether in the Air Force, from which he retired in 1985, or as a civilian employed alongside other retired veterans. All the while, he struggled with PTSD, but being in the company of those who understood what he was going through kept him level.

In 2010, however, he found himself without any such coworkers or close friends and began to spiral downward. He sought help at his wife’s urging and eventually joined the veterans’ support group in Greenwood. When he and Russell struck out on their own, she was worried.

And yet, “it’s almost, like, given me new meaning. It really has,” he continued. “Some days I feel like it’s my reason for living.”

Russell, wearing a navy blue Vets Helping Vets shirt, opened Thursday’s meeting with some news: the U.S. Department of Justice would not appeal a court ruling that extended eligibility for VA benefits to Blue Water Navy veterans exposed to Agent Orange during the Vietnam War.

Another member, who hadn’t been to the past several meetings, told the group that he was, after months of treatment, cancer free.

“Now the important question is,” Strickland said, “how long before you can start fishing (again)?”

The 22 men who had come to that week’s meeting laughed, and congratulated their friend for beating cancer.

“This group right here, they really care about each other, they love each other, and they’re always there to help each other,” Murray said. “We’re just one big family.”

“They picked the right name for it,” he said of Vets Helping Vets.

'Confused and angry': Brexit unsettles EU citizens in the UK