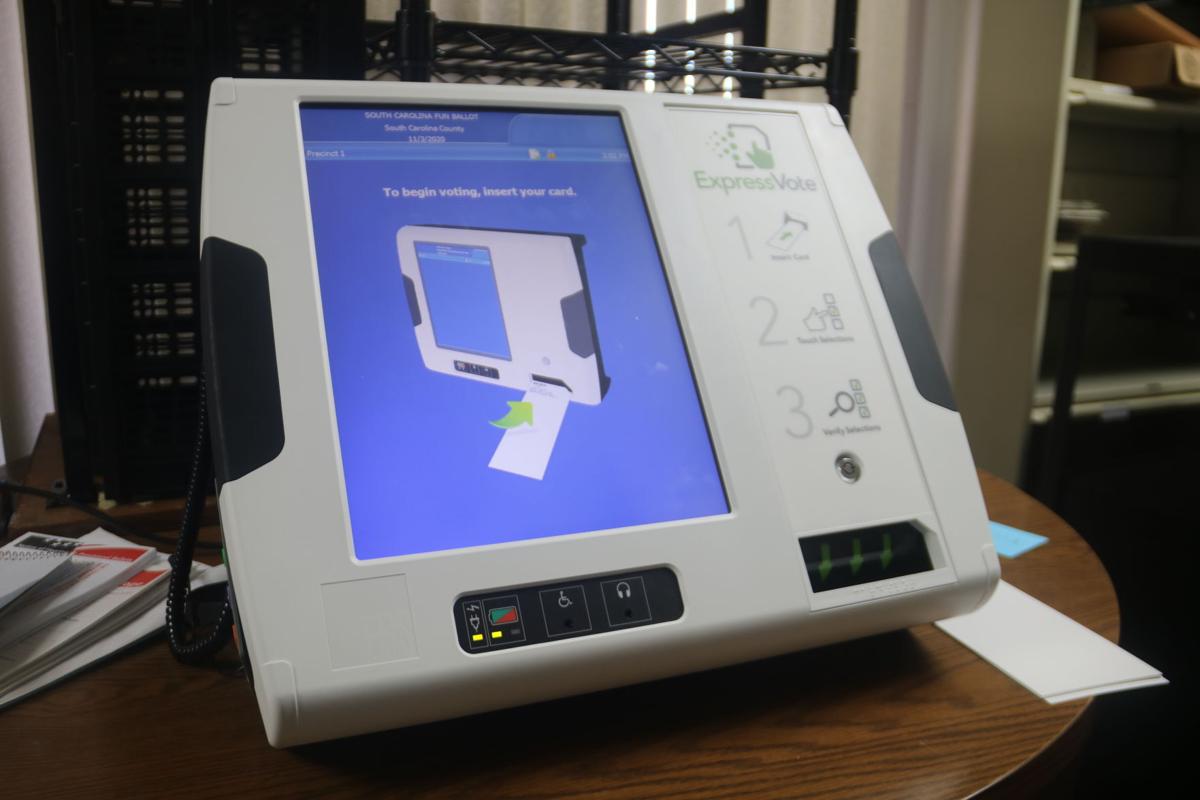 These new voting devices will be in use during the July 14 elections that were postponed because of the coronavirus. 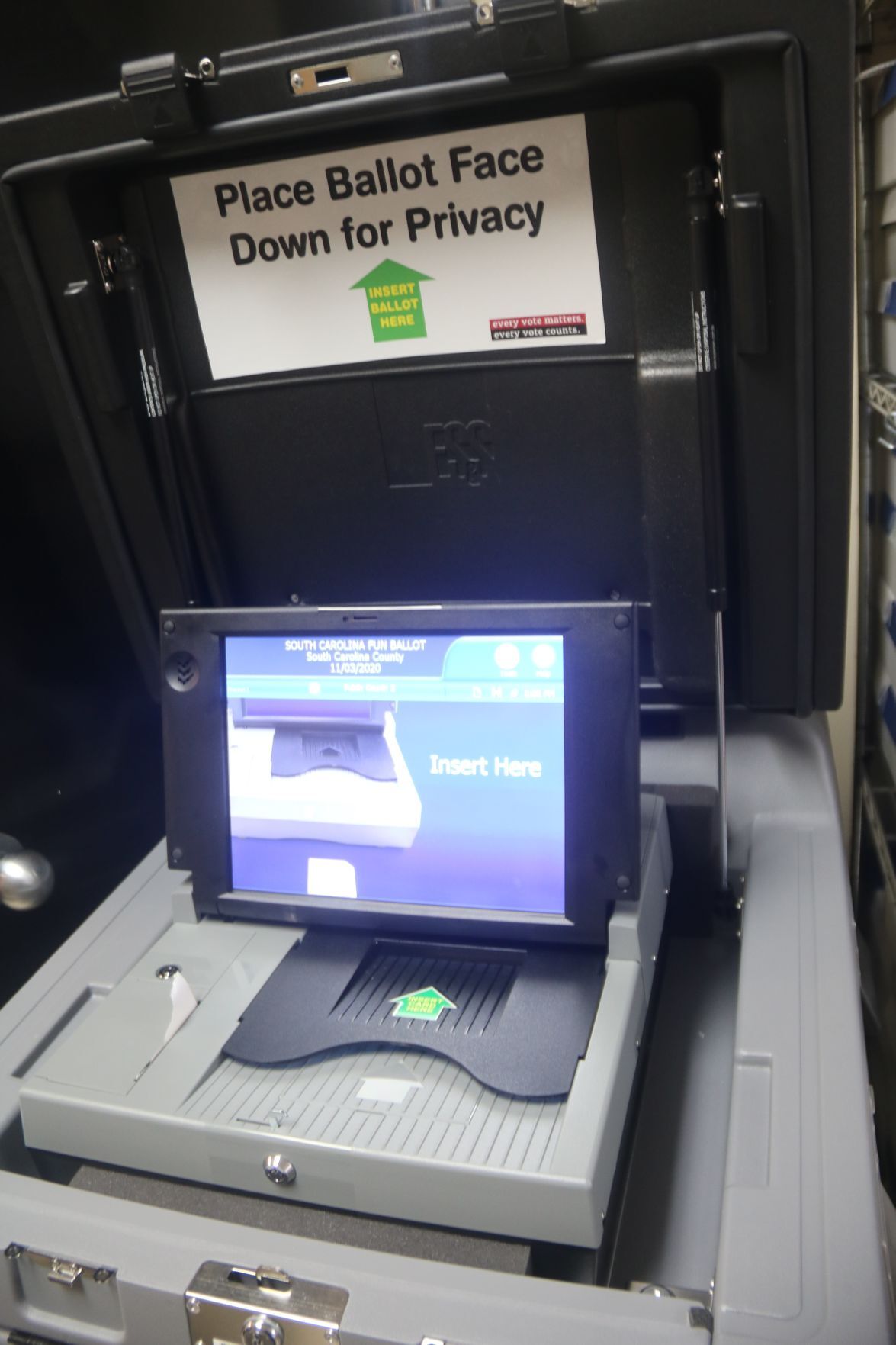 After casting their ballots, voters retrieve a paper sheet they then feed into a scanner that counts their votes and keeps a copy as a backup. 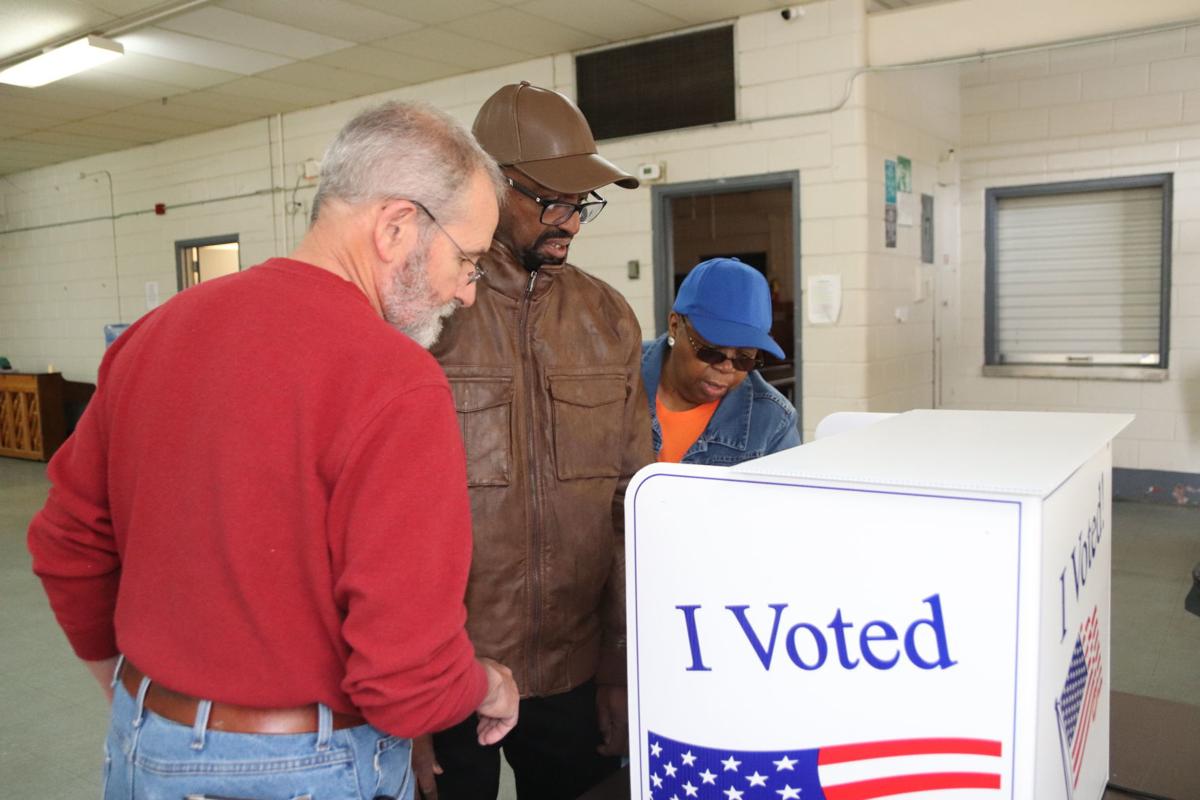 These new voting devices will be in use during the July 14 elections that were postponed because of the coronavirus.

After casting their ballots, voters retrieve a paper sheet they then feed into a scanner that counts their votes and keeps a copy as a backup.

Across the state on Saturday, most voters will be having their first experience with the newest voting equipment.

But Greenwood County Voter Registration and Elections Director Connie Moody said it’s not her staff’s first foray with them. She said while the new devices uses a digital input to record votes on a paper ballot, the actual process of voting isn’t all that different.

“We ran an election with these devices in Ninety Six, and I think most people didn’t know it was any different,” she said.

The state Election Commission announced in June that this new statewide voting system would be the Election Systems and Software ExpressVote. Voters are given a blank paper ballot, which they insert into the marking device. Then, using a touch screen display, they cast their ballots. After reviewing their votes and confirming their entry, the device prints the chosen votes onto the ballot, and dispenses the paper back to the voter.

After that, the voter takes their printed ballot and inserts it into a reader that makes a record of the votes and keeps a copy of the printed ballot as a backup. While this adds security and an added redundancy to help check that all votes are properly counted, the paper ballots have to be handled cautiously.

“We have to be careful with the paper itself to make sure it’s not crimped or bent,” Moody said, “because the scanner could count that as a vote.”

On Thursday afternoon, voters were filing into the Voter Registration and Election office to cast their absentee ballots in the 2020 Democratic Presidential Preference Primary. For most, the process took less than a minute, and staff were there to guide them through each step.

Kim London, Abbeville County’s voter registration and elections director, said poll workers have been trained and are ready to provide that same guidance on Saturday.

Each precinct will be open from 7 a.m. to 7 p.m., and registered voters can only vote at their assigned precincts. Greenwood County residents can find where their precinct is either by calling the voter registration office at 864-942-8585 or visiting the state Election Commission website at bit.ly/2T5bghr.

In Abbeville, London said voters who usually cast their ballots at the courthouse, civic center, the fire station on Old Calhoun Falls Road and the Sharon Volunteer Fire Department will all be voting at the voter registration office instead. In Calhoun Falls, voters assigned to that precinct have their polling place moved from the civic center to Calhoun Falls Charter School for this election only, as it conflicted with a scheduled event.

In Greenwood, the Fairhope Ferry precinct has moved from the Lander University Annex to First Presbyterian Church, at 108 Cambridge Ave. E., while Sparrow’s Grace moved from Grace Community Church to Greenwood Christian School.

When arriving at the precinct to vote, voters will need some form of photo ID. This can be a voter registration card with a photo, a state driver’s license, ID card, military ID, passport or concealed weapons permit. A voter with a reasonable impediment who doesn’t have a photo ID can still vote a challenged paper ballot, but will have to present their old paper voter registration card in order to vote.

For voters with disabilities, curbside voting is offered at every precinct in Greenwood County — just notify the a manager upon arrival if you have a curbside voter with you.

No one can wear anything that endorses a political candidate, and if someone does they will be asked to remove the item or leave. Likewise, no political discussion is allowed inside polling locations.