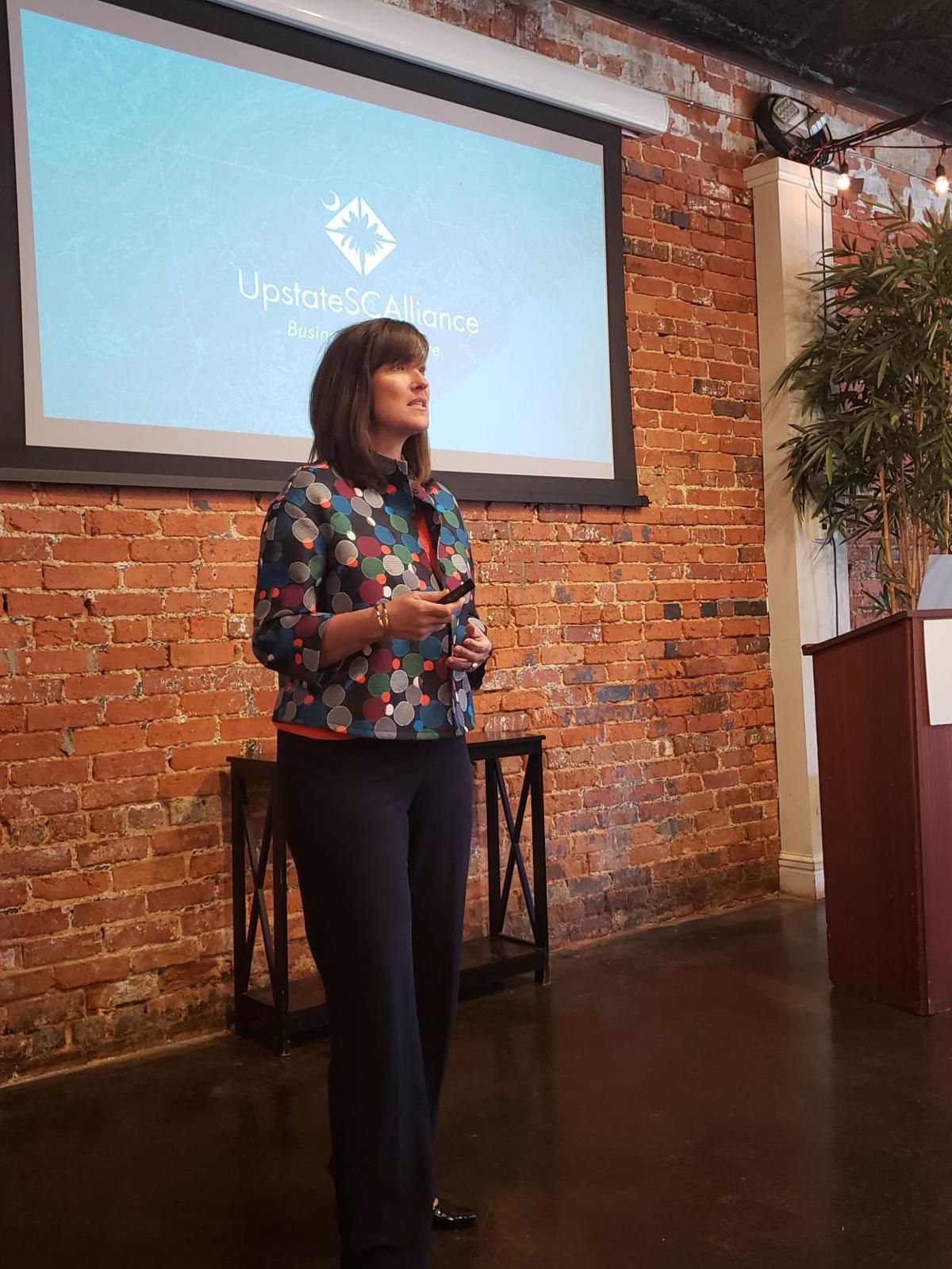 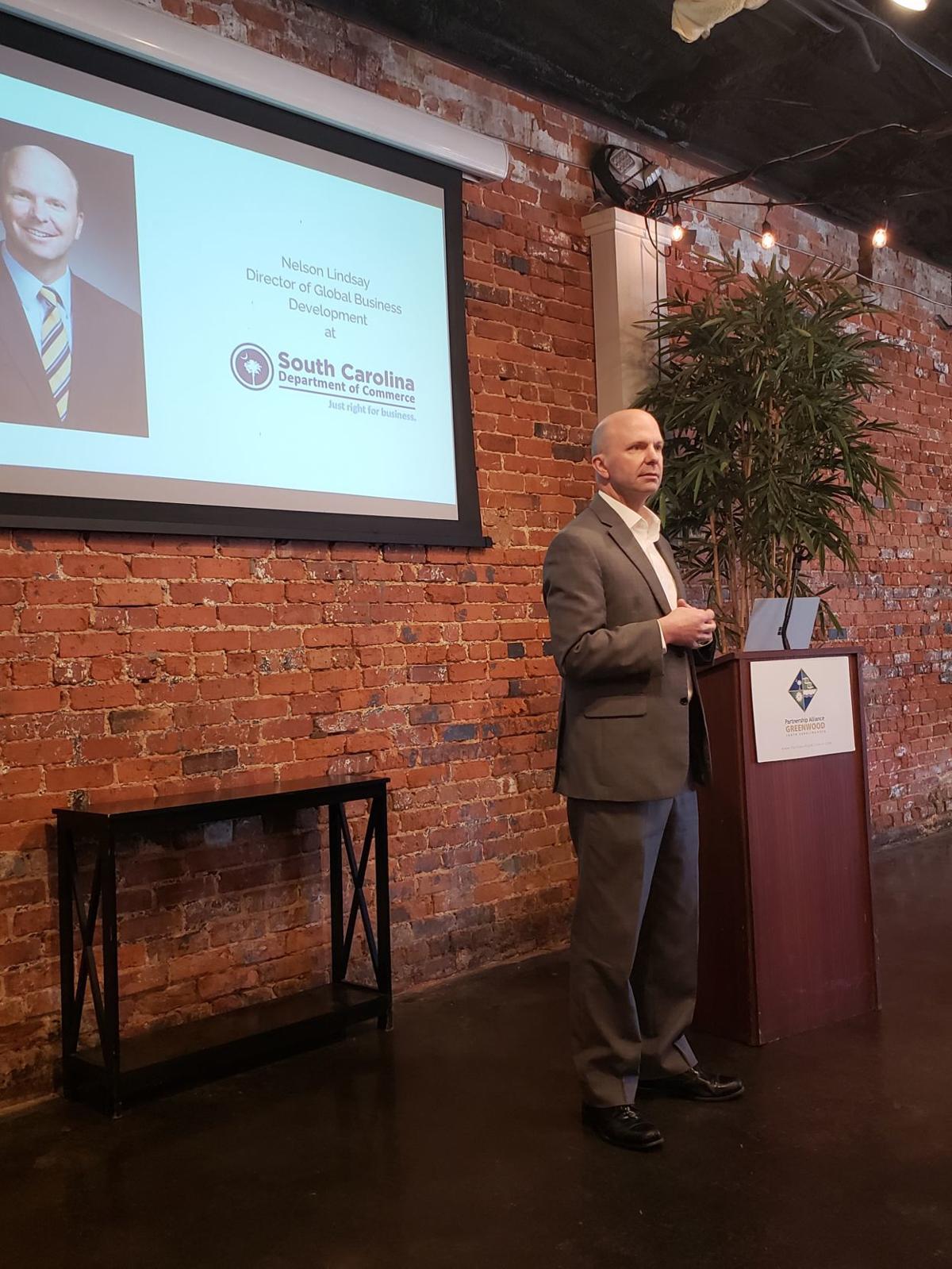 In October 2017, the Upstate SC Alliance — a 10-county consortium that promotes economic development in the region — cast its bid for the now-defunct Amazon HQ2 project.

It was a far-fetched notion to some.

But it also wasn’t, as it allowed the organization to aggressively market its “Center of Charlanta” concept to one of the world’s largest companies that specializes in a rapidly growing economic sector for the state.

“How many of you have bought something online in the last month? How many expect it to be delivered in two days? What that means is, those companies have to build more distribution center in order to deliver that product, within your expected timeframe,” Nelson Lindsay, director of global business development at the state Department of Commerce said in Greenwood on Wednesday.

“Again, the impact here isn’t as great because they’re generally going to be looking at interstate access for logistical purposes, but it’s driving a lot of growth in the I-85 and 26 corridors,” Lindsay told Greenwood Partnership Alliance investors.

Lindsay and Aimee Redick, the Upstate Alliance’s global engagement director, gave an inside look at the complicated, yearslong and highly competitive process that goes into landing new business partners and coaxing existing ones to expand within the state.

Beyond the automotive and aerospace industries, Lindsay said South Carolina is seeing growing e-commerce and agribusiness projects — such as the $350 million being spent by Keurig to build a roasting and packaging facility in Spartanburg.

The state’s 46 counties are grouped into eight regional alliances, and all work together to help a potential project find its ideal home.

“What we don’t want is throwing everybody in the mix, even if they don’t have a legitimate location for the company to consider,” Lindsay said.

In Greenwood County, seven projects totaling $81.7 million worth of investment were announced, bringing 266 jobs to the region. And last June, Teijin Limited turned dirt on its planned $600 million carbon fiber production facility along Highway 246, across from Fujifilm.

The current year is also off to a strong start, with Duke Energy announcing plans to develop a $100 million utility-scale solar array on more than 1,200 acres in Hodges.

“At some point in time, those are going to come in and play a role. Usually, it’s on the back end of the process. The incentives should be a tiebreaker at the end,” he said. “The way we view it is, we view incentives to make up for a competitive disadvantage that we may have, whether it’s property taxes, whether it’s road access or infrastructure.”

Redick said the collaboration between Upstate Alliance members, state officials and local leaders sets the region apart from other parts of South Carolina. With more than $20 billion announced and 63,000 jobs created over the past 13 years, Redick said the Upstate has proven to be an economic powerhouse.

“Team. It is absolutely about team,” Redick said. “It’s the state Department of Commerce, you have regional alliances and you have counties. It takes everybody working together and in the Upstate region, that is an asset that differentiates us from other states and other regions.”

Redick said the Alliance’s strategy is not to pursue every lead that comes into the state, but to chase ones that fit into the region’s existing cultural, educational and economic assets.

“When we’re communicating to the external world, we are trying to focus on companies that are growing and we’re also focusing on centers of influence,” she said. “At the Alliance, we work with companies that are maybe further up in the sales funnel. A lot of projects land where there is a community that is helping them find out, ‘Is this the right place to locate?’”

Father of Ahmaud Arbery calls death of his son a 'lynching'