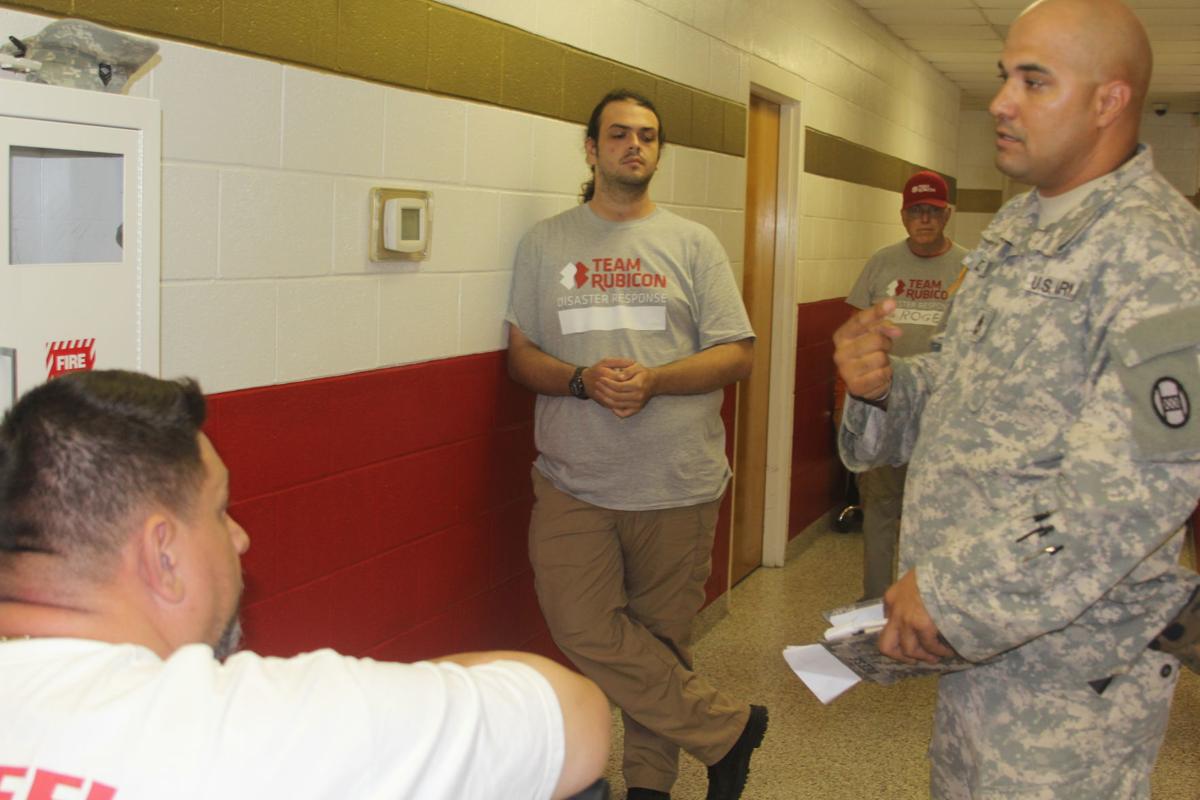 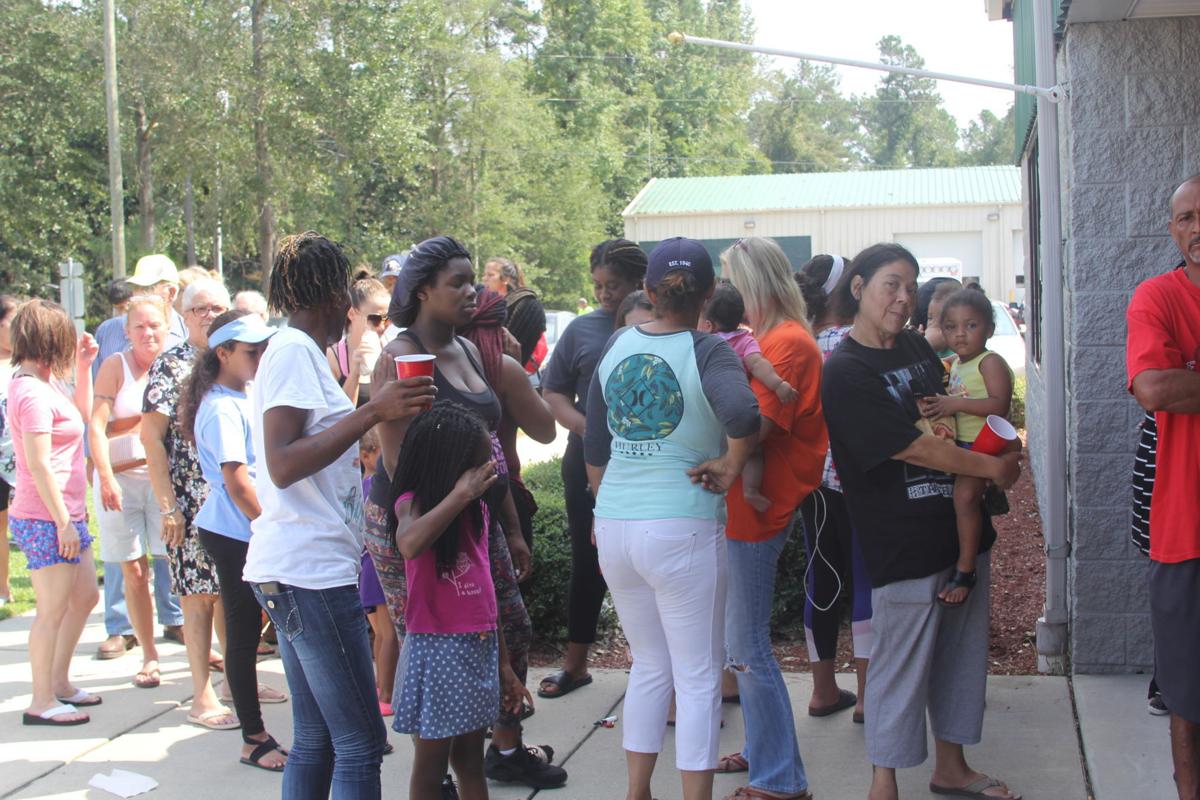 Residents of Maxton and surrounding communities line up at the Queheel Fire Station 15 on Friday afternoon to receive aid in the aftermath of Hurricane Florence. 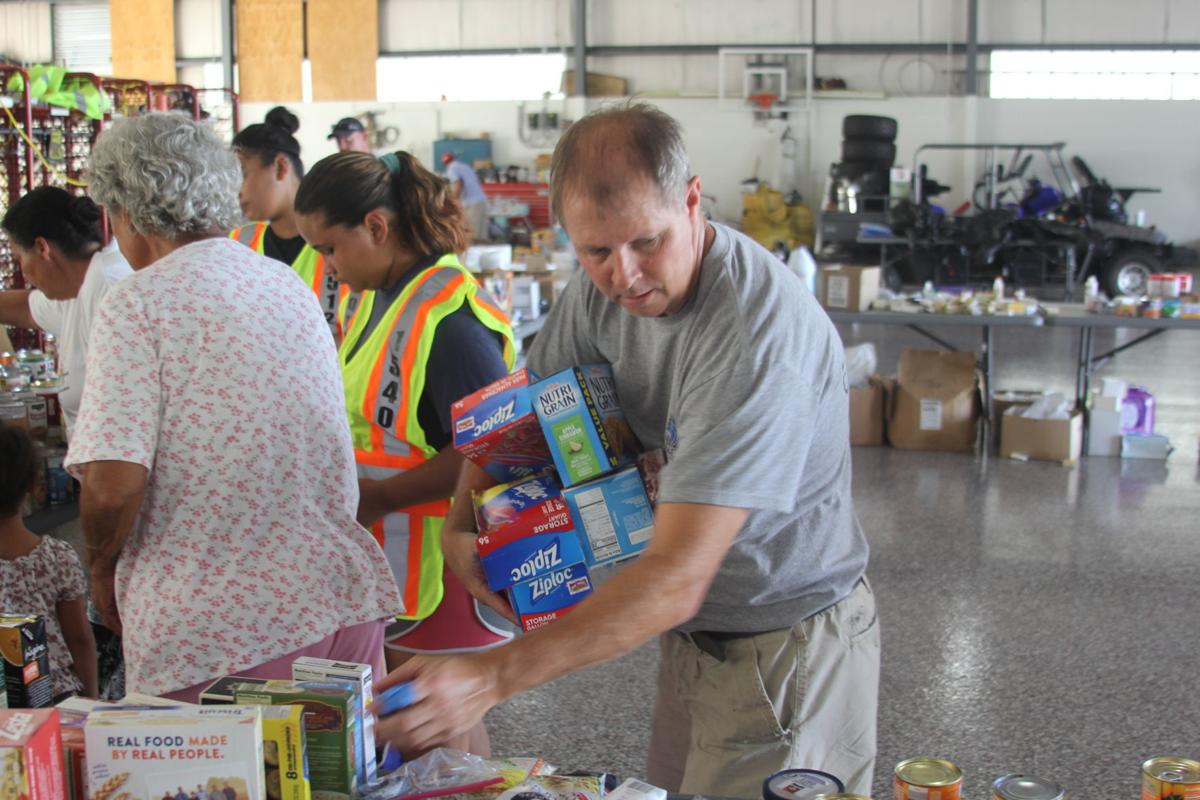 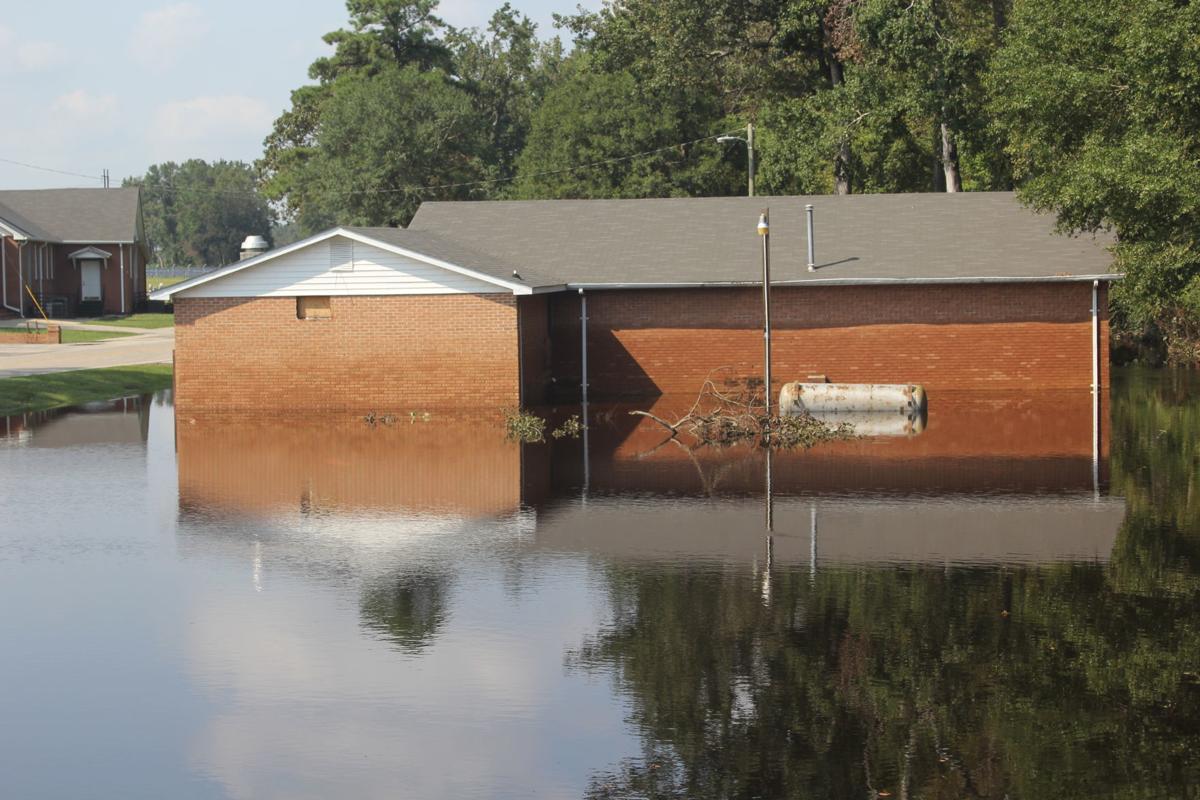 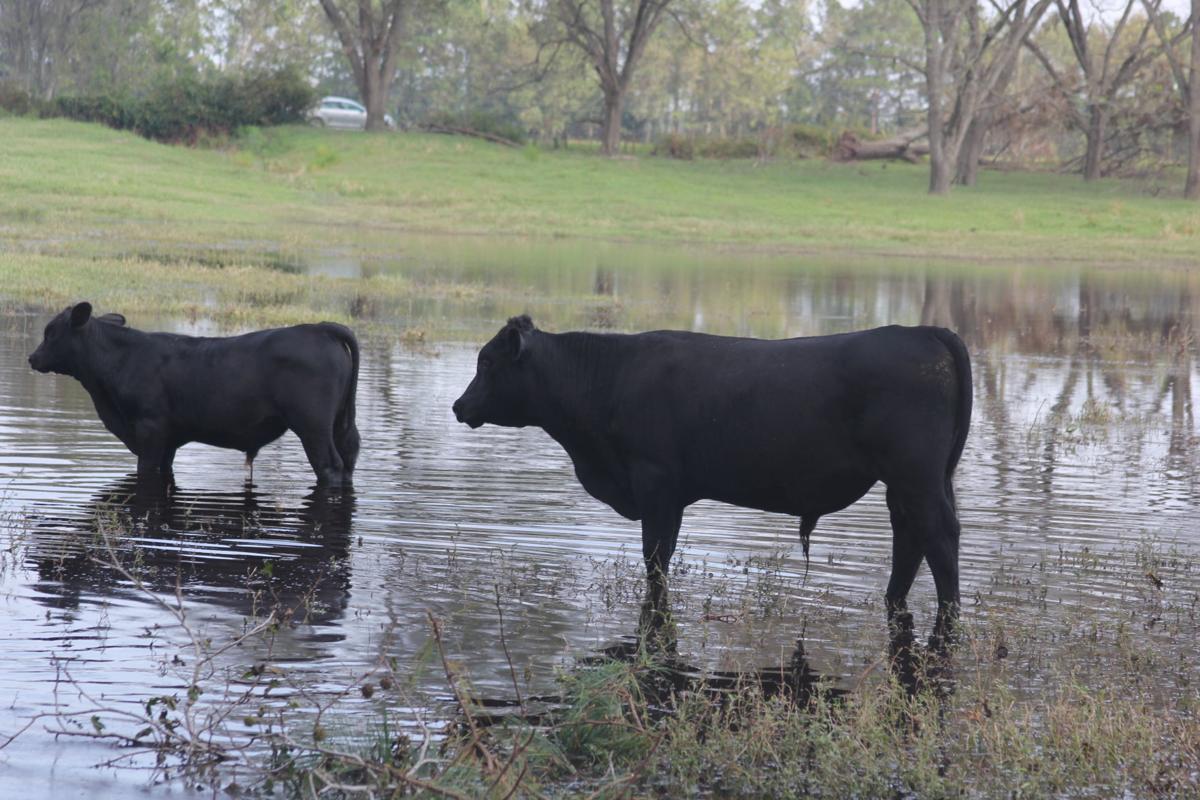 Livestock walk through murky waters in their field off Lemonds Farm Road in Maxton, N.C. 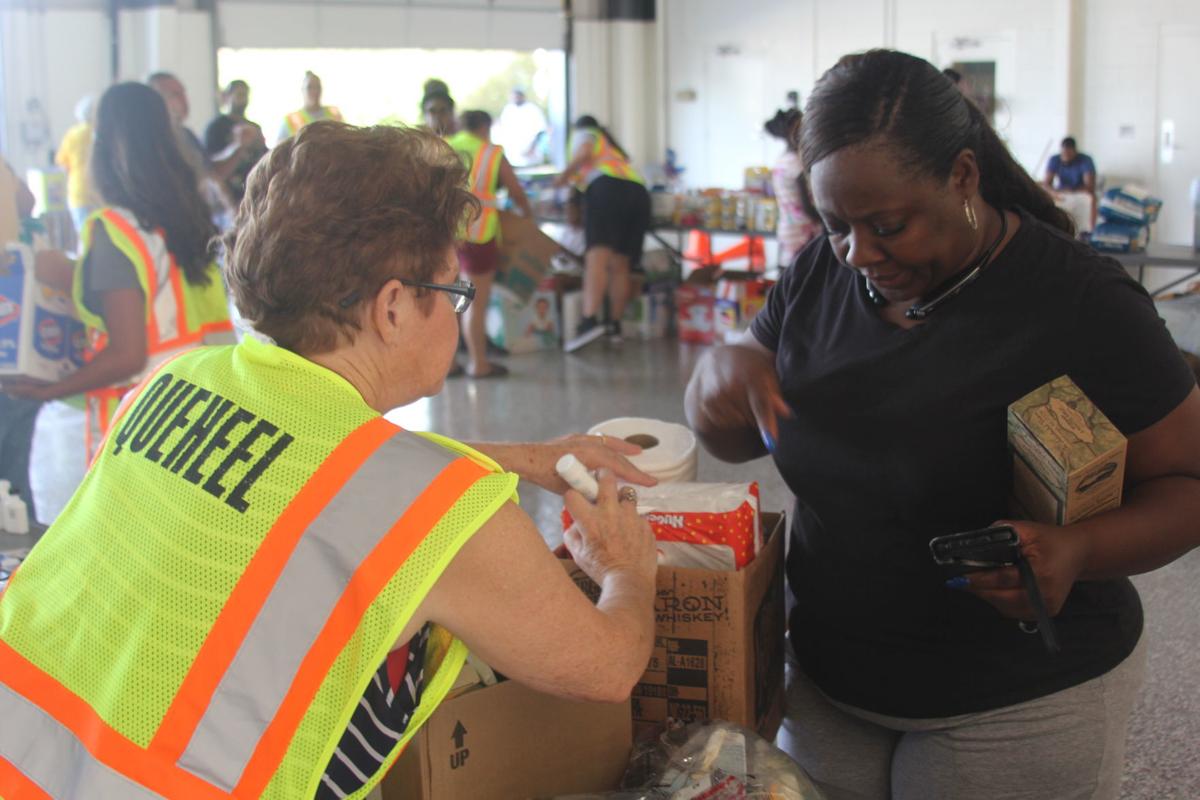 Residents of Maxton and surrounding communities line up at the Queheel Fire Station 15 on Friday afternoon to receive aid in the aftermath of Hurricane Florence.

Livestock walk through murky waters in their field off Lemonds Farm Road in Maxton, N.C.

Every year, Queheel Fire Station No. 15 in this poverty-stricken Eastern North Carolina town of 2,400 responds to roughly 400 service calls.

So it would seem that helping more than 3,000 people over three days would be an overwhelming task for the 32-person department.

IJ photos: The Aftermath of Florence

But — determined that its residents are not overlooked by state and federal agencies strewn across the state following the destructive path of Hurricane Florence — the Maxton site shook off any constraints and transformed itself into a regional hub for relief operations.

Chief Robert Phillips, a 30-year Queheel veteran and its leader for the past 14, has run logistics with his wife, Angelina at a level neither has ever experienced before.

“Matthew was a learning experience for us to kind of organize the chaos,” Phillips said, referring to the powerful hurricane that cut through the Carolinas in 2016. “But as far as the support, we’re getting a lot of out of state support, and it’s been a real benefit.”

From 11 a.m. to 8 p.m., volunteers guide the needy around a horseshoe-shaped series of tables stacked with canned goods, toiletries, non-perishable food, clothing and other essentials. Overnight, more items are brought in to restock.

Phillips, hobbled by surgery from a recent fall, coordinates many of the activities with his cellphone and through his staff. He spent time on Friday working with Sgt. 1st Class Darren Deese, a member of the North Carolina National Guard attached to the 30th Armored Brigade Combat Team, based in Clinton, North Carolina.

“We’ve got a lot of roads washed out. We can’t assess the north side of our district,” Phillips said.

Caring for more people than the entire town of Maxton holds is a daunting task in thought, but as first responders, Phillips and his firefighters simply leaped into action.

With its location just about a mile from the entrance to Interstate 74, the Queheel department has become a nexus point for others departments and churches to collect supplies from.

Though some of North Carolina’s hardest hit areas are in nearby Lumberton, evidence of Florence’s strength is visible just over the Robeson-Scotland county line.

Crews from the state Department of Highways were creating a buffer zone along North Carolina Route 71 to protect the road from a still-rising Lumber River. Across the street, the fellowship hall of Sycamore Hill Church was nearly submerged — just a few feet lower than the faint high water mark left behind by Hurricane Matthew.

A large solar farm nearby was inundated, with water filling the walkways between panels.

Though many people who have received aid from the Queheel effort haven’t lost their homes, they were forced to discard food because of prolonged power outages, and are coping with damages to roofs and siding because of fallen trees.

“The debris, people come by to help with, but it’s not enough. I had to throw away all my food. It smelled like a mess up in there,” said Cheryl Webber, of Maxton.

Standing in line on Friday afternoon, a grateful Herman Brown said the largesse would assist many people like him to get back on their feet. His power recently went out for a second time after already leaving him in the dark for six days.

“It’s a blessing they’re doing this for us. We really need it. Right now, a lot of us are without, so it’s good,” he said. “We’re just happy to be here and not drowned out.”

“I go on missions, so doing this is just really awesome. I needed to get out of the house,” she said. “It’s part of who I am, and I love helping people.”