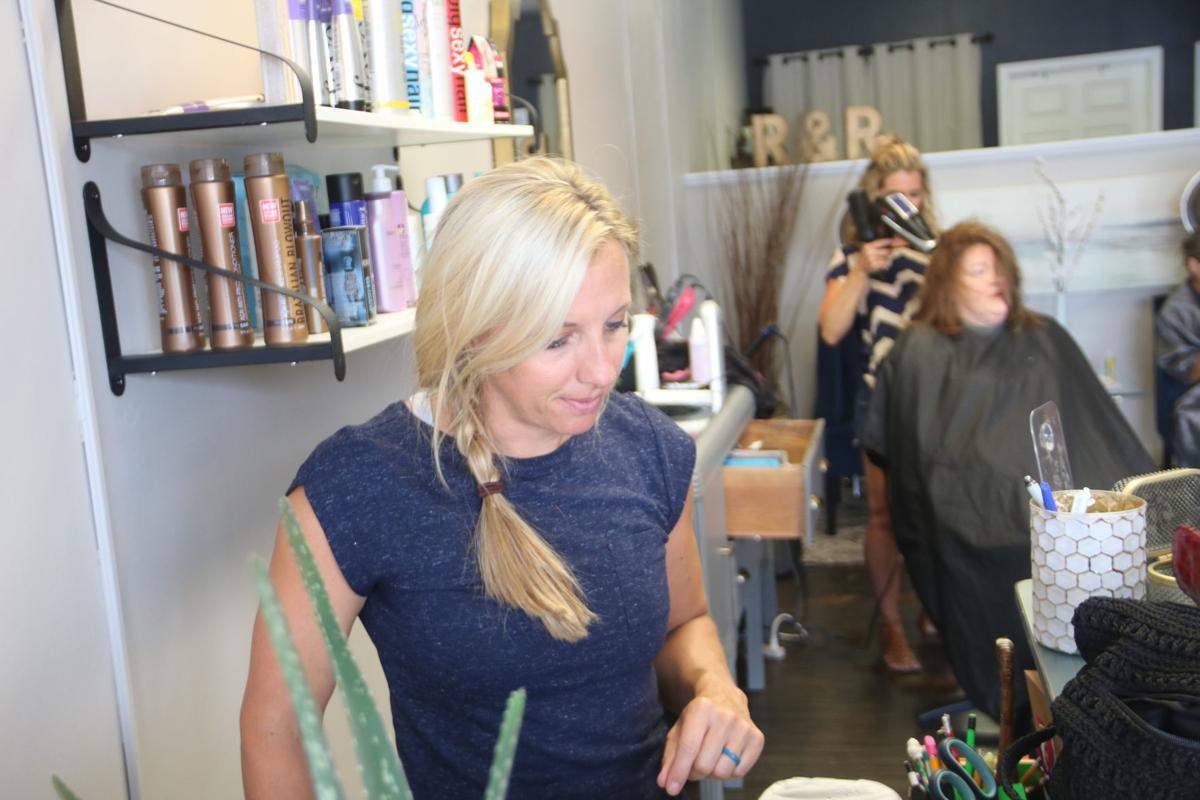 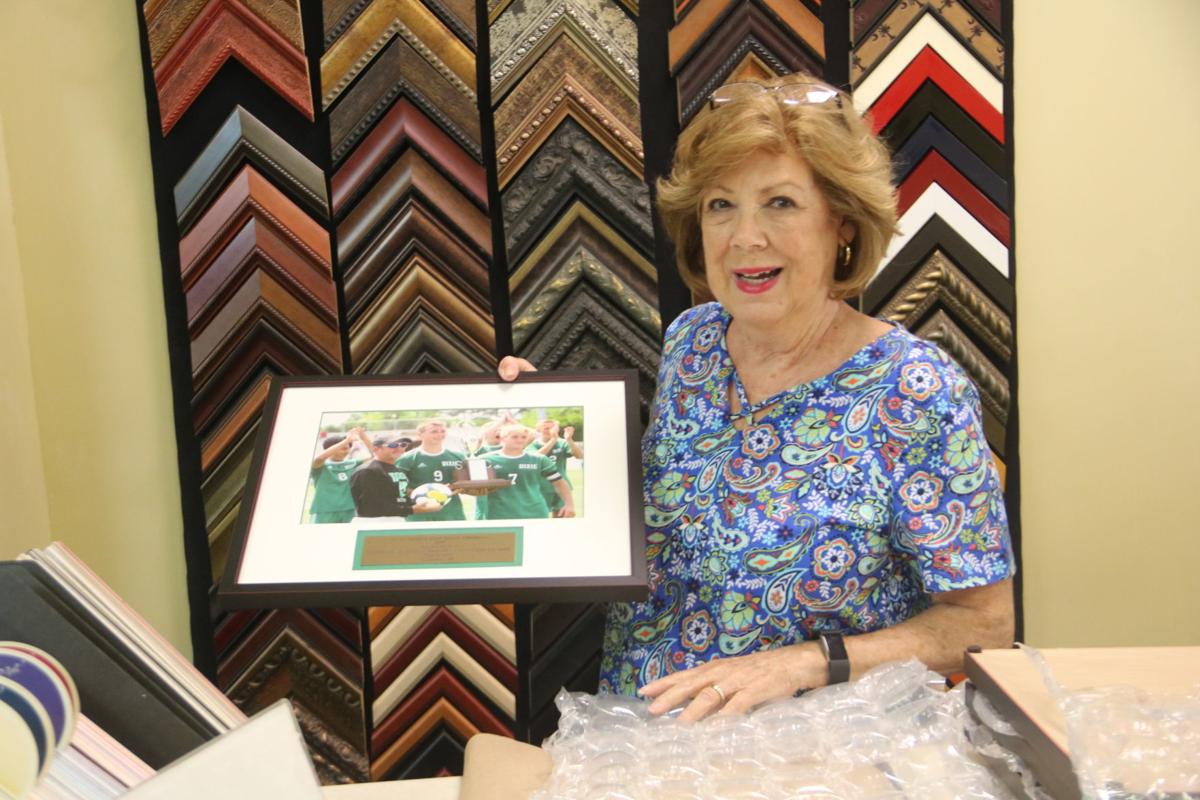 Carol Clements is one of Uptown Greenwood's most respected business owners, running her camera, frame and video shop in the Uptown district since 1978. 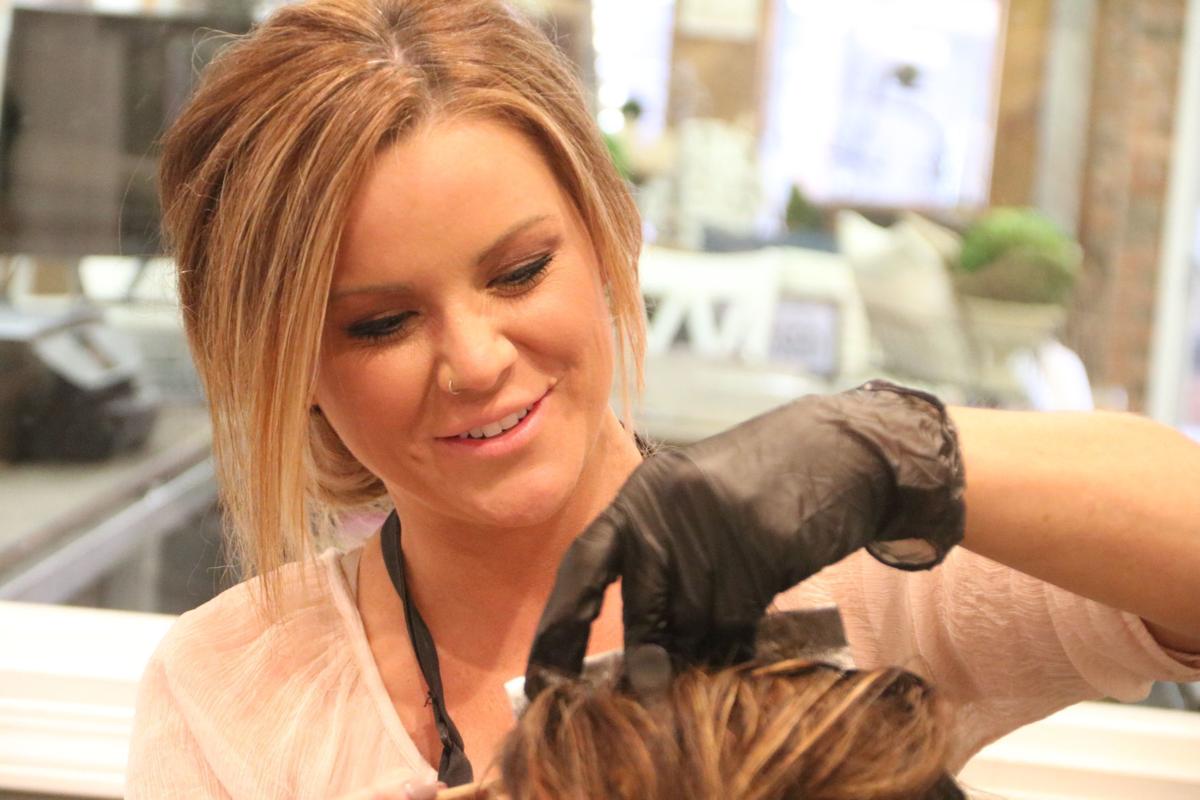 Carol Clements is one of Uptown Greenwood's most respected business owners, running her camera, frame and video shop in the Uptown district since 1978.

When Carol Clements opened her camera and framing store in Uptown Greenwood 41 years ago, the merchant district had a completely different dynamic than it does today.

Landmark shops such as Belk and J.C. Penney were located near her store, Rudd’s Camera and Video. There was no mall to speak of, no stretch of brand name retailers along the bypass.

Of all the trends that have come and gone since Clements opened her doors, it’s a relatively new one that has her excited: The concentration of female entrepreneurs and business owners that now surround her.

“You’re seeing this, not just in Greenwood either, but a lot more female-owned businesses across the country, really, and it’s fabulous,” Clements said.

From salons such as Allure and bridal shops like Voila! to business incubators, stationery suppliers and customized clothiers, those within the sorority of Uptown Greenwood’s female-run commerce centers say it’s as unique as it is gratifying.

“When I came here six years ago I was one of the only ones up here. It’s been since I’ve came here that so many beauty shops and other stores have opened,” said Allure owner Alice Polatty. “You work harder for yourself than you do for anybody else, because you don’t just walk out the door with it.”

Greenwood’s women are part of a nationwide group with immense economic power. According to the National Association of Women Business Owners, more than 11.6 million firms are female-owned, generating $1.7 trillion in sales and employing 9 million, as of January 2017.

And a 2018 survey by SCORE, a resource partner of the federal Small Business Administration, 62% of female entrepreneurs said their businesses were primary income sources.

“This challenges old assumptions that women entrepreneurs are more likely to run lifestyle businesses that provide supplemental income, as opposed to serving as a primary source of income,” said Greenwood Partnership Alliance CEO Heather Simmons Jones. “Women-owned businesses are much more than casual hobbies or side businesses. This is well demonstrated in Uptown, where female entrepreneurs can be seen in mortgage lending, retail, health care, food and beverage, as well as key leadership roles within local government.”

Lesley Lane, who manages The Greenwood Building, has seen firsthand the emergence of women looking to enter business for themselves – including many housed inside her own facility.

She’s also the founder of “Girl Boss Greenwood,” an initiative launched in 2016 for female executives and business leaders.

“Our monthly meetings feature member-curated content on topics from women’s health and travel to investment and financial planning. Whether female business owners, stay-at-home moms or women making their mark in the corporate arena, Girl Boss has created an open and welcoming community for all women. We value that we are all growing and evolving as individuals and appreciate the advice and education that other women can offer us in our life journeys and in our careers,” Lane said.

As she went about developing a business plan and setting the state for dream, Polatty said she had the same concerns that many would-be entrepreneurs do. But then, her faith intervened.

“I thought I was ready to open my own business, and things wouldn’t seem to be coming together as they should, like location, finances, etcetera,” she said.

“But when I had assurance that it was in His perfect timing, everything fell together perfectly. Not any roadblocks or hesitation.”

Women business leaders helping one another was the genesis behind an April trunk show hosted by Hanna Dover, who runs Uptown’s Think Tank. She opened the firm’s vacant Main Street retail space for a few hours ahead of the season’s first Uptown Live concert, giving 17 female entrepreneurs an opportunity to market themselves and their products, while also building professional connections.

“When women support each other, incredible things can happen,” Dover said of her show, which might become a year-round event.

“I think that it is very common in many downtown districts to see a large number of female-owned businesses. I think in Greenwood, we have a very strong and diverse group of women who are passionate about their business and the customers they serve. I also think we have a very large population of women who are providing professional services in our Uptown. All of these women are truly making a difference in our community and are the very heart of our Uptown Family.”

The district’s newest female-run business is Elam Jayne, a clothing boutique that opened May 1. Owner Kristi McElrath – who’s renting space from Clements – said her desire to open the store stemmed from her time working for others.

“I just decided, ‘why not work myself,’ and all my hard work and effort will go to me, instead of making minimum wage in sales,” she said.

Another example is Brianna Cason-Owings, 32, who runs The Vintage Vault Marketplace and Salon at 331 Main St.

After fully renovating the site, Cason-Owings imagined a combination salon and home furnishings store – and opening was the fulfillment of a lifelong dream. During a career day in high school, Cason-Owings brought in a homemade salon constructed by her father – which she’s kept.

The Vintage Vault opened in March 2018.

“I wanted something really different,” she said, not shying away from calling herself an entrepreneur. “I have thought about how many of these businesses are owned by women, and it’s just really cool.”

Like Polatty, Cason-Owings – who opened her store with her husband – ran into some challenges early on.

“When we started the renovations, there were plenty of unexpected plans and expenses that comes with gutting and renovating an old building like this. And since it was pretty much just my husband, myself, my dad and my two brothers helping do the work. It was very stressful at times,” she said. “But we made it, and we couldn’t be more proud of what we’ve created within these walls.”

Lane said the rise in female entrepreneurship at The Greenwood Building is somewhat by design.

“I credit The Greenwood Building’s pricing structure that allows owners to sustain minimal operating expenses, and to make revenue generation the nucleus of their business,” she said. “The faster our owners realize returns, the more likely they are to stay in Uptown.”

Polatty said being her own boss has also shown her daughter that there are restrictions on what women can accomplish.

“It’s so empowering, and it’s about time that women control their own fate,” Polatty said. “I love to go home, and my daughter knows that momma owns a business, and this is mine.”

Cason-Owings said she has a similar sense of pride when she unlocks the door to her business every day.

“It was also stressful juggling my full-time job as a hairdresser, my husband’s job and making time for our kids and family life because of the long days, nights, months and hours that we had to dedicate to renovating the building,” she said. “We have actually had overnight stays up here working on the building.”

But, Cason-Owings said, they were able to turn those labor-intensive evenings into family time.

“We would bring our kids, make them a pallet and hook up the PlayStation or a movie and let them camp out while we worked,” she said. “We literally watched the sun rise several times.”

“We rule a lot of things but eventually, we will rule the world. We’ll start with Uptown Greenwood and then we’ll move from there,” she said.

Ugly brawl breaks out at end of Kansas State-Kansas game

The Latest: Kvitova moves into 3rd round at Melbourne Park