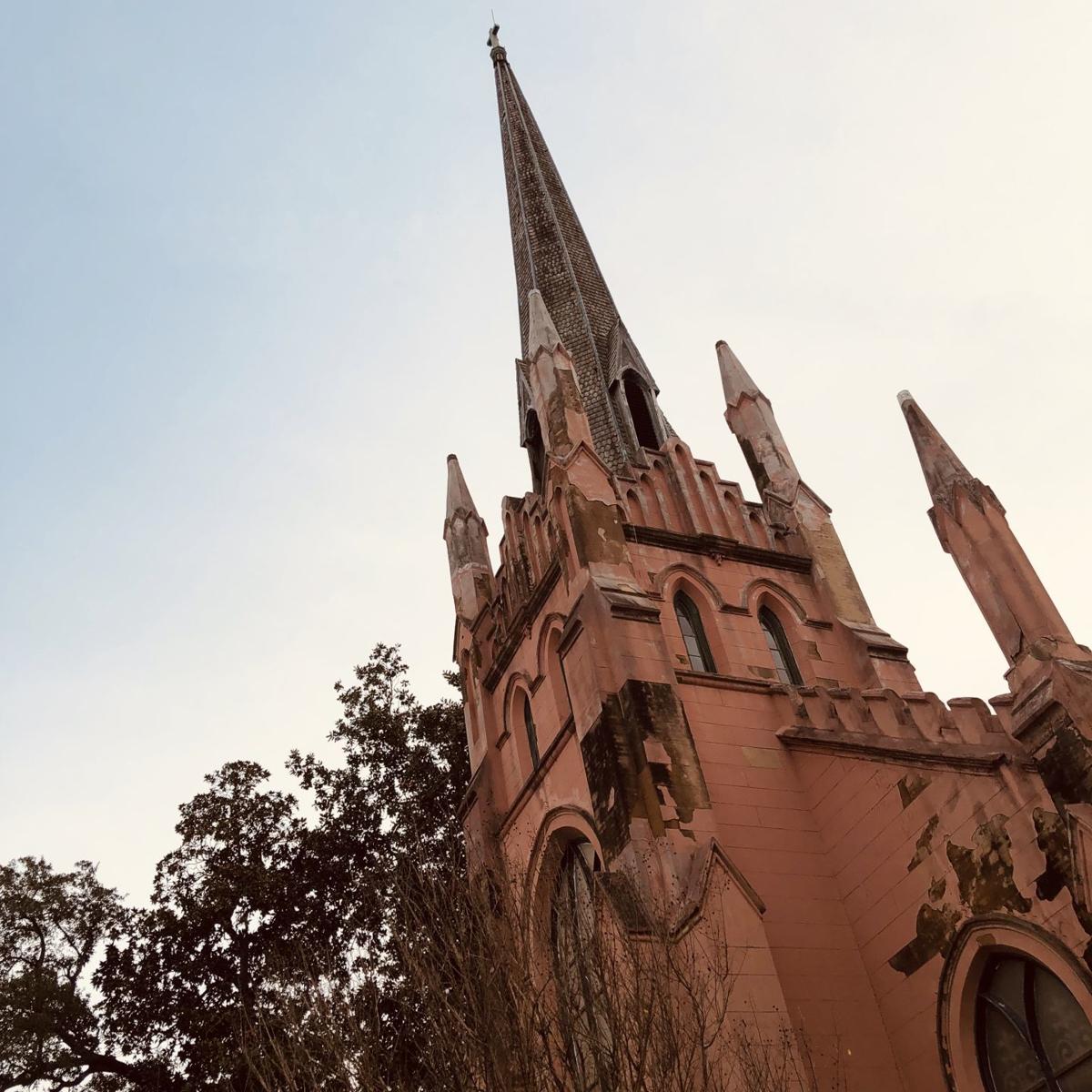 Stabilizing the steeple is priority one for being able to reopen Abbeville’s historic Trinity Episcopal Church. 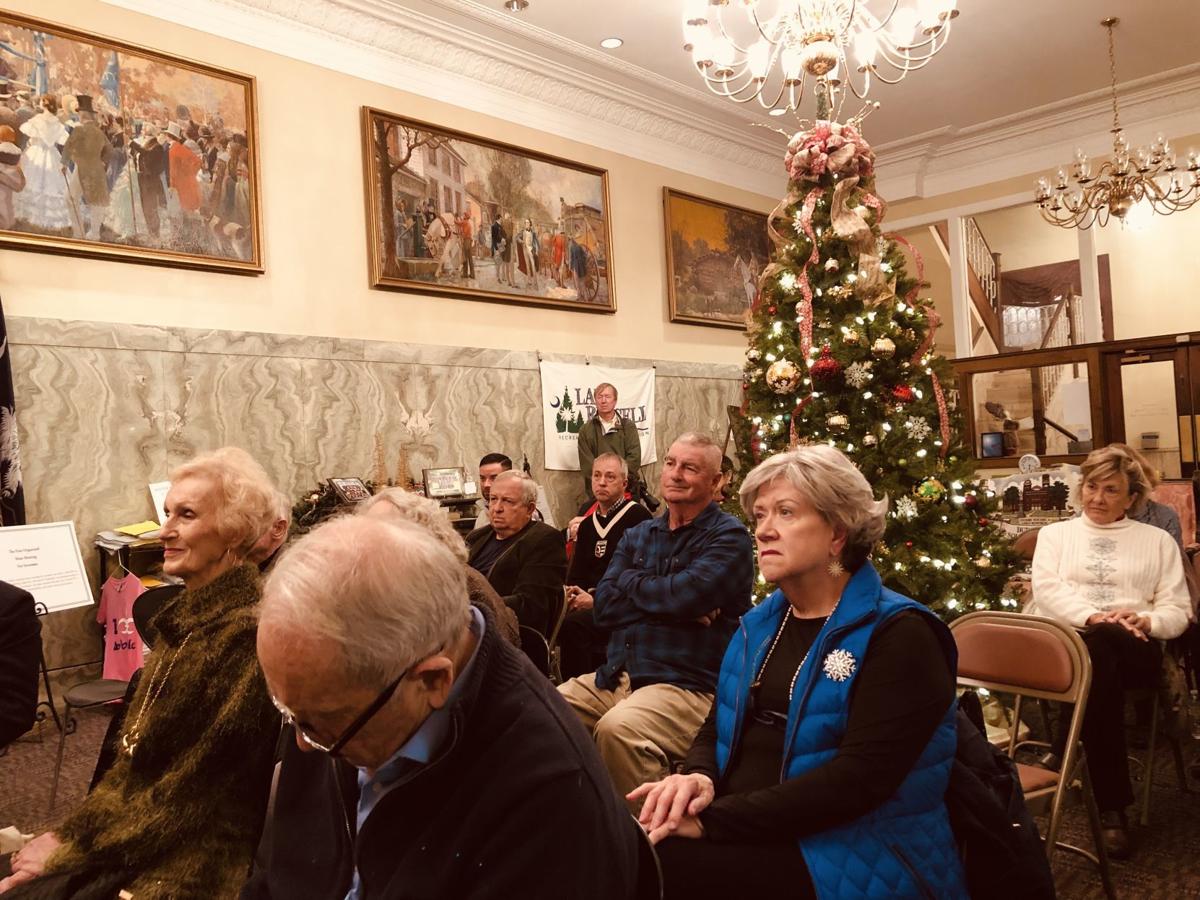 Gathered in the Abbeville Chamber of Commerce Thursday night were members and friends of Trinity Episcopal Church to hear about stabilization, restoration and preservation efforts to reopen the church. 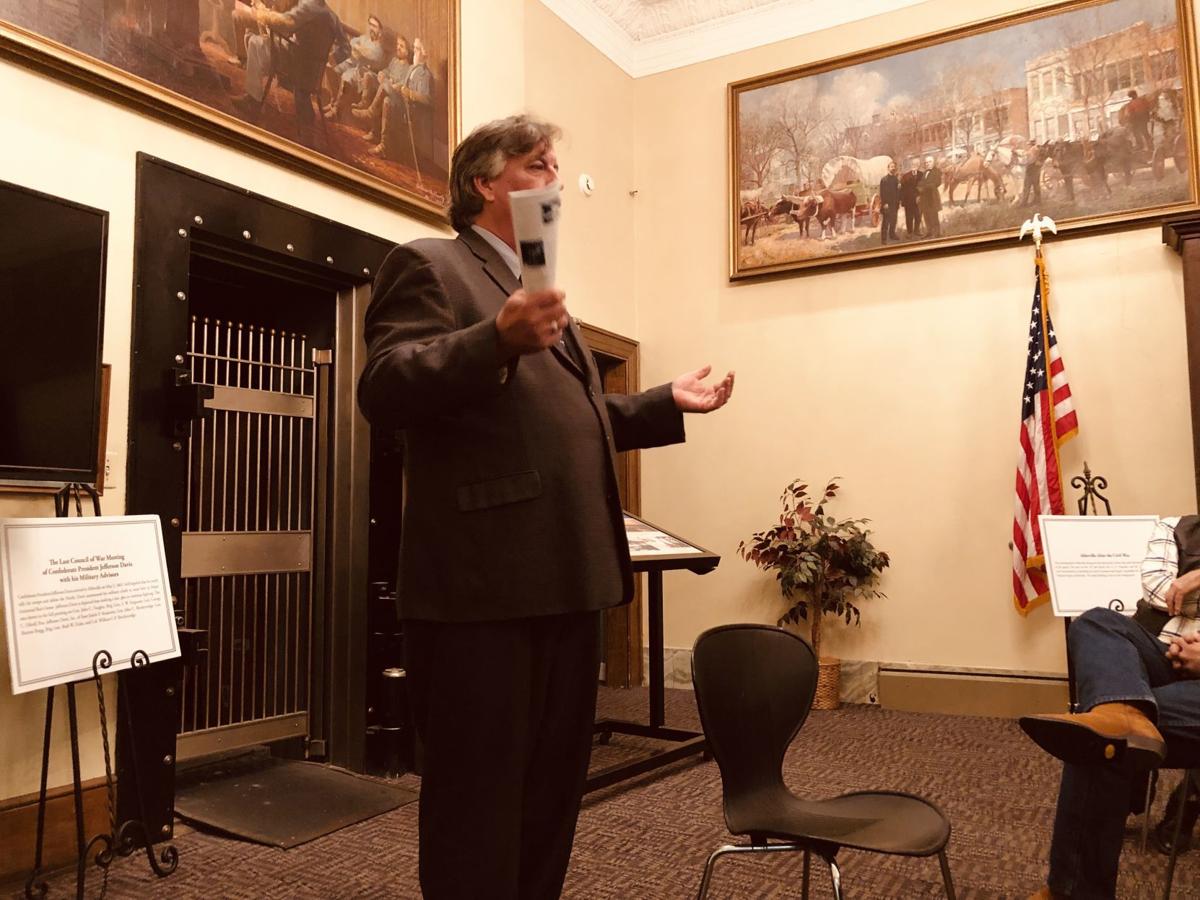 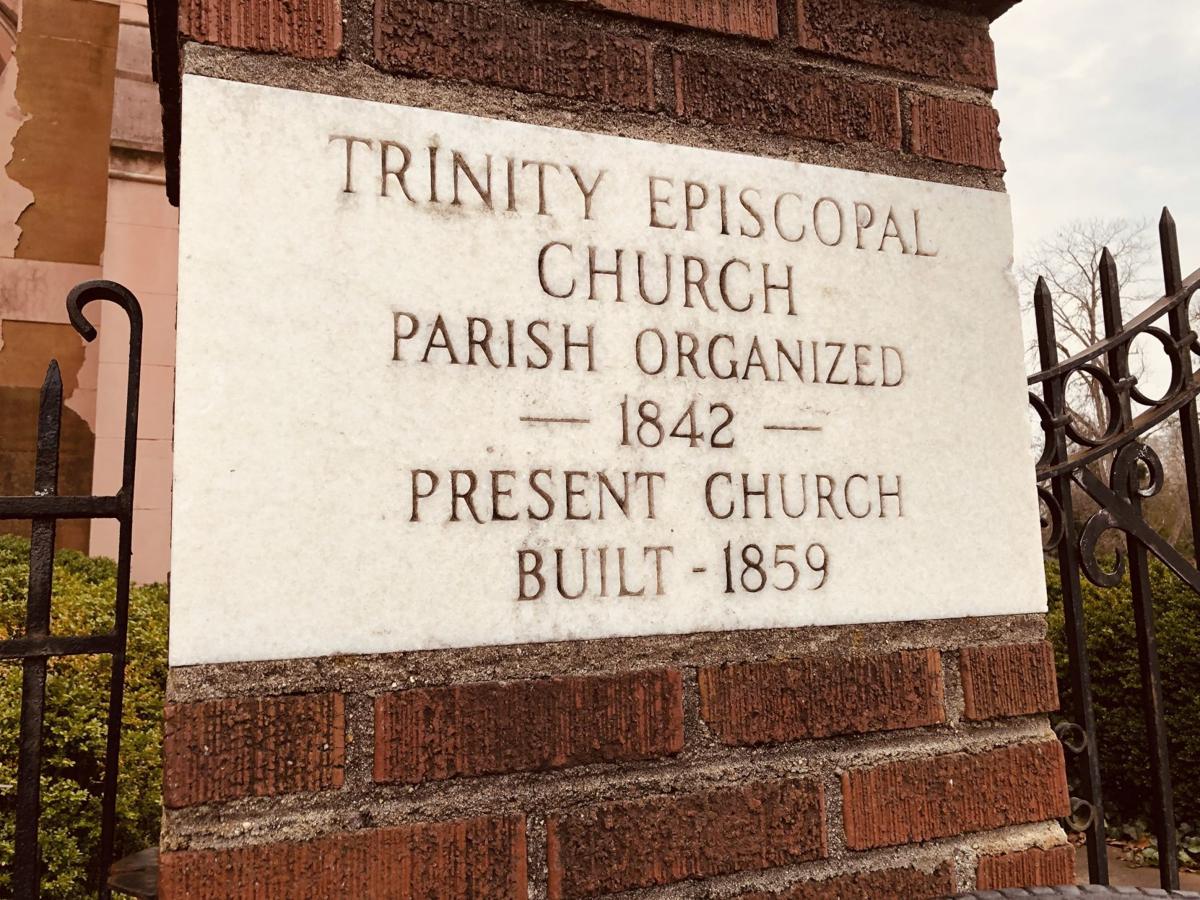 Trinity Episcopal has been closed for two years about concerns that the steeple is unstable. Pursuit of grants and community matching funds are part of restoration efforts being coordinated through Preservation SC.

Stabilizing the steeple is priority one for being able to reopen Abbeville’s historic Trinity Episcopal Church.

Gathered in the Abbeville Chamber of Commerce Thursday night were members and friends of Trinity Episcopal Church to hear about stabilization, restoration and preservation efforts to reopen the church.

Trinity Episcopal has been closed for two years about concerns that the steeple is unstable. Pursuit of grants and community matching funds are part of restoration efforts being coordinated through Preservation SC.

ABBEVILLE — Restoration is a go for the historic Trinity Episcopal Church, thanks to groups joining forces and more than $700,000 to begin the project.

To jump start things, the independent nonprofit, Friends of Trinity, is granting $43,000 of money it has raised to Preservation South Carolina, according to Ann Waigand of Camden, Maine, whose mother has been a longtime historian for the church.

That announcement was made at a community meeting at the Abbeville Chamber of Commerce Thursday night, along with other details of the collaboration to restore the house of worship.

Waigand, who was baptized at the church, along with her children, said Friends of Trinity started in 1995.

"The plan is not just to restore Trinity, but to set up a mechanism where it will be supported and maintained for generations, way past any of our lifetimes," Waigand said. "When Preservation South Carolina steps out, Friends of Trinity will be sitting in a wonderful place, to be able to help maintain this."

Thursday, it was announced that the Episcopal Diocese of Upper South Carolina, Trinity Episcopal Church and Preservation South Carolina will work together to restore the 158-year-old worship space and make it last.

The parties signed a five-year lease agreement to begin the work of rehabilitating, stabilizing, securing and restoring the church structure.

The Rev. Deacon D'Rue Hazel, on the Episcopal Upper South Carolina diocesan staff, said the Episcopal Church owns the Trinity property, but the lease agreement allows its partners to come in and share their expertise.

In the lease, Hazel said South Carolina Preservation is considered the tenant and the diocese is the landlord.

Mike E. Bedenbaugh, executive director of Preservation South Carolina, told the group gathered, "This is literally the leap of faith. I'm confident the church structure will be a worshipful place for people to enter into and worship there again."

To bolster community support, Bedenbaugh said they are working to create branding and marketing and still solicit donations toward full restoration.

"People will know what they are giving to and what the goals will be," Bedenbaugh said.

Trinity's founding dates to 1842. The building itself was built in 1859 and consecrated in 1860, not long before the start of the American Civil War.

For the past two years, the church has been closed for safety reasons, over concerns the 125-foot-tall steeple might collapse.

Lewis Ashley, a longtime Trinity Episcopal vestry member who is currently the church's treasurer, said Thursday's announcement brings with it the potential "to bring Trinity back to its original beauty."

Cynthia Jefferies, the church's senior warden, said the process has been long already but now, work can begin in earnest.

"I don't think we'd be where we are right now if we had not started with that architectural assessment, but we are headed in the right direction," Jefferies said.

Bedenbaugh said the first step is to correct the current instability of the steeple, so that the church can be opened again.

Another piece of the puzzle is to address moisture seeping into the church's bricks, causing plaster to come off and stucco, Bedenbaugh said.

"Our last service was Christmas Eve two years ago — the midnight Mass," Lewis said. "That service is a big deal in the Episcopal Church. ... It is full of people for midnight Mass, maybe 200 people — including Baptists, Methodists and Presbyterians, which is wonderful. They come back every year. It's always a well attended service and much of the Rite I order of service dates to the 16th century, complete with Elizabethan English."

In the two-year interim the church has been closed, Lewis said Trinity's friends at Abbeville's Sacred Heart Roman Catholic Church invited the congregation to have services there for more than a year.

"Now, we are meeting in our parish house, which is working out pretty well," Lewis said. "We have the Holy Eucharist on Sunday and Evening Prayer on Wednesday."

Through donations to the church's rehabilitation fund, established by the independent nonprofit Friends of Trinity Abbeville, as well as Trinity Episcopal Church and the diocese, the more than $700,000 to begin the project has been provided.

However, estimated total project costs are in the neighborhood of $2.3 million, to fully restore the pink-colored church's steeple, building and grounds.

"The brick has a lot of lime and sand," Lewis said. "When Portland cement was put over that brick (in the 1970s for stabilization efforts then), the brick could no longer breathe and that has contributed to some moisture problems. There are modern paints now that will allow the brick to breathe properly."

Preservation South Carolina is a statewide nonprofit that works to preserve, protect and advocate for the state's historic places.

Bedenbaugh  said Trinity's plight is representative of rural churches that have dwindling and aging congregations. Bedenbaugh said he gets calls almost weekly from people concerned about churches in need of care and repair.

An architectural assessment in 2014 found the church's steeple was unsound and needed to be stabilized.

"There are 61 churches in the diocese," Lewis said. "Trinity is the most visited church in the diocese, at least until these last two years, with possible exception of the cathedral in downtown Columbia. We would routinely get bus tours and we always had more people on Saturday afternoons than we do for worship on Sunday. It's been painful for us not to be able to open our doors."

Lewis said there are about 30 active members of Trinity Episcopal, but no youths or young families in the mix.

"It will seat 300 people," Lewis said. "This church is almost 200 years old, but we sadly have no kids and no teenagers. That's the type of young blood you need to make a church work."

To be a part of restoration efforts, contact Preservation SC at info@PreserveSC.org or call 803-944-9425. Donations may also be made through Friends of Trinity.

The Latest: Pakistan to allow all international flights