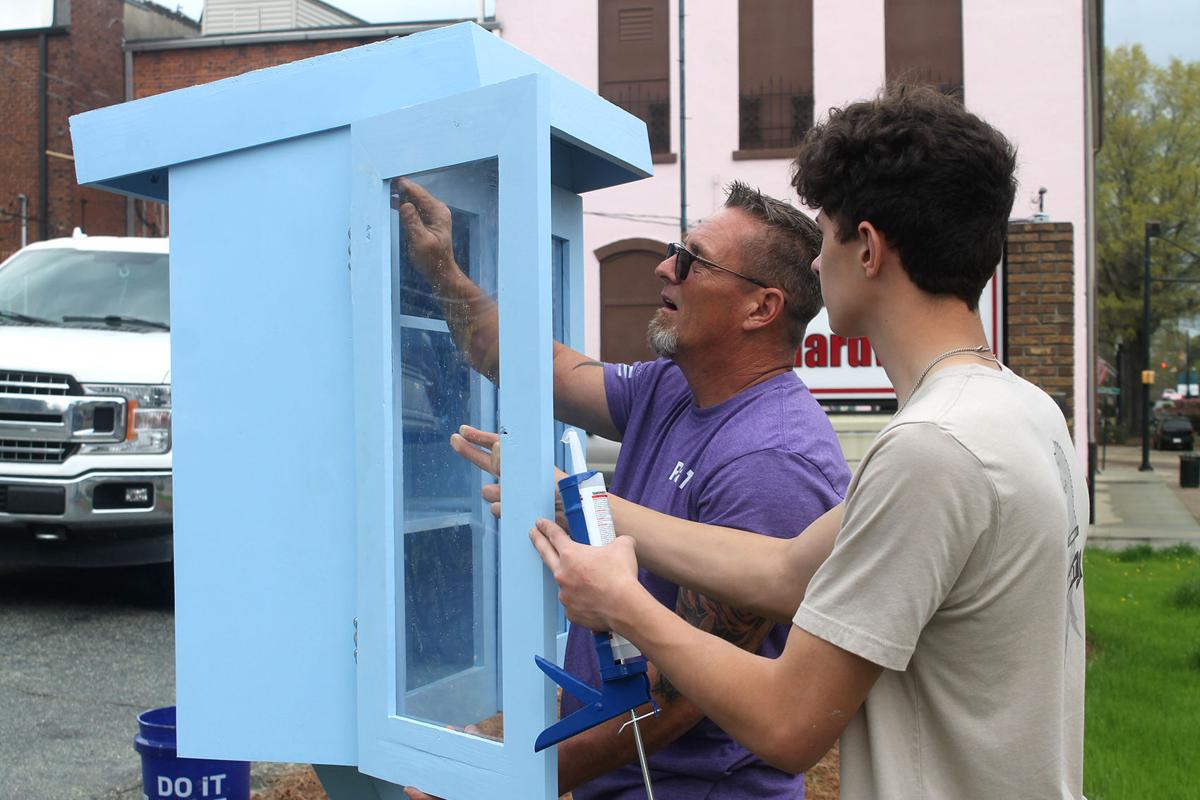 Trey Edwards and his stepson, Eason Martin, seal the windows of the Blessing Box located in front of Abbeville Hardware Store. 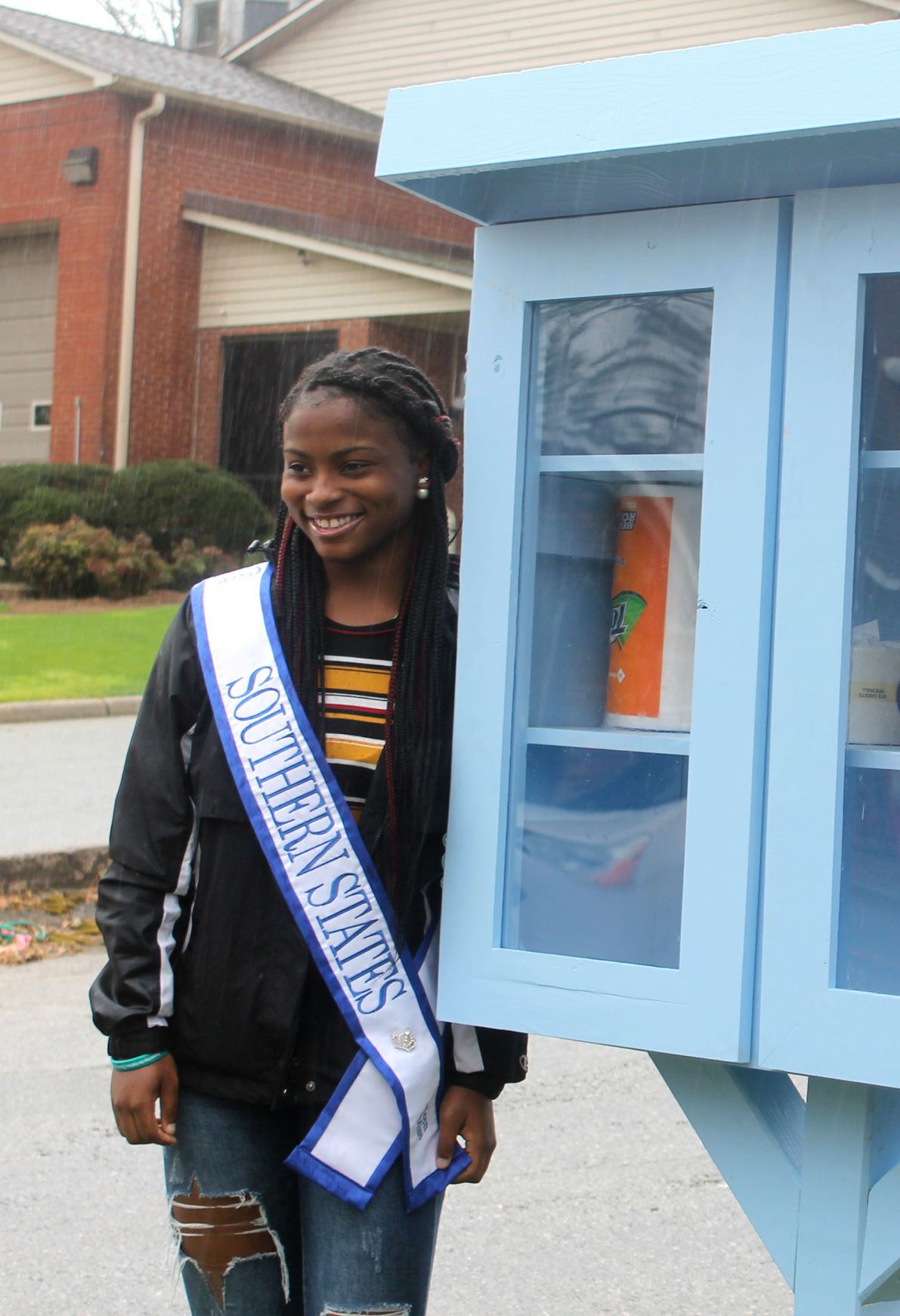 Tyla Johnson is the force behind Abbeville’s first blessing box, which is designed to hold nonperishable food items for the needy. She said it won’t be the city’s last box.

Trey Edwards and his stepson, Eason Martin, seal the windows of the Blessing Box located in front of Abbeville Hardware Store.

Tyla Johnson is the force behind Abbeville’s first blessing box, which is designed to hold nonperishable food items for the needy. She said it won’t be the city’s last box.

ABBEVILLE — People are often told to “count your blessings.” In Abbeville, they can count their blessing boxes.

Blessing boxes are small cabinets that hold nonperishable food items and other goods for people to use. Tyla Johnson was on hand to witness the locating of the city’s first box in front of Abbeville Hardware Store.

Establishing blessing boxes started for her last June when Johnson, a freshman at Abbeville High School, put food items in boxes in Greenwood. Others followed. Then she put her sights on Abbeville.

“One day put I in a lot of food and the next day I came back and it was all gone. It made me feel like I was a great person,” Tyla said. “It’s something that can bring us together.”

It is her own project. Johnson said no groups she works with promotes the building of blessing boxes.

She and her mother, Tara, approached Mayor Trey Edwards about the idea. He not only approved the idea but also built the city’s first box, with help from Zack Bailey, who made the doors and painted the box bright sky blue, at Johnson’s suggestion.

When the idea was announced on Facebook, many people starting asking about it, Edwards said. “I said ‘Wait, we haven’t even built it yet.’ It’ll get plenty of use,” he said.

The city has UCMAC (United Christian Ministries of Abbeville County), which distributes boxes of food each Friday, but every little bit helps, he said.

Edwards, along, with his stepson, Eason Martin, put the finishing touches on the cabinet Wednesday afternoon, finishing just before rain started falling. By the time Tyla arrived with her mother, Tara, the box was already partly full of canned goods and paper products. On Monday, the box was nearly full.

This box will be the first of many, Tyla said. Edwards backed her up, saying several businesses are expressed interest in having a blessing box near their properties. In addition, dunking booths will be set up during the city’s spring festival in late April to raise funds to build more boxes. Edwards will be one of the dunkees.

The number of boxes isn’t the goal, according to Tyla; her goal will be keeping them full of items.

People think of the homeless when hearing about blessing boxes, but that is not accurate, Tara said.

“People might not be homeless,” she said. “They may be living from paycheck to paycheck, or the fact that they be trying to decide to pay a bill or get food for their families.”

She added, “This is a way to help. It’s all about giving back and sharing and building your community.”

News of the blessing box was posted on Tyla’s Facebook page and on the Abbeville County web page, Tara said. Tyla’s page has been shared 67 times and people have said they are willing to help on the next box.

“We had a great community response,” Tara said. “It showed the love of Abbeville.”