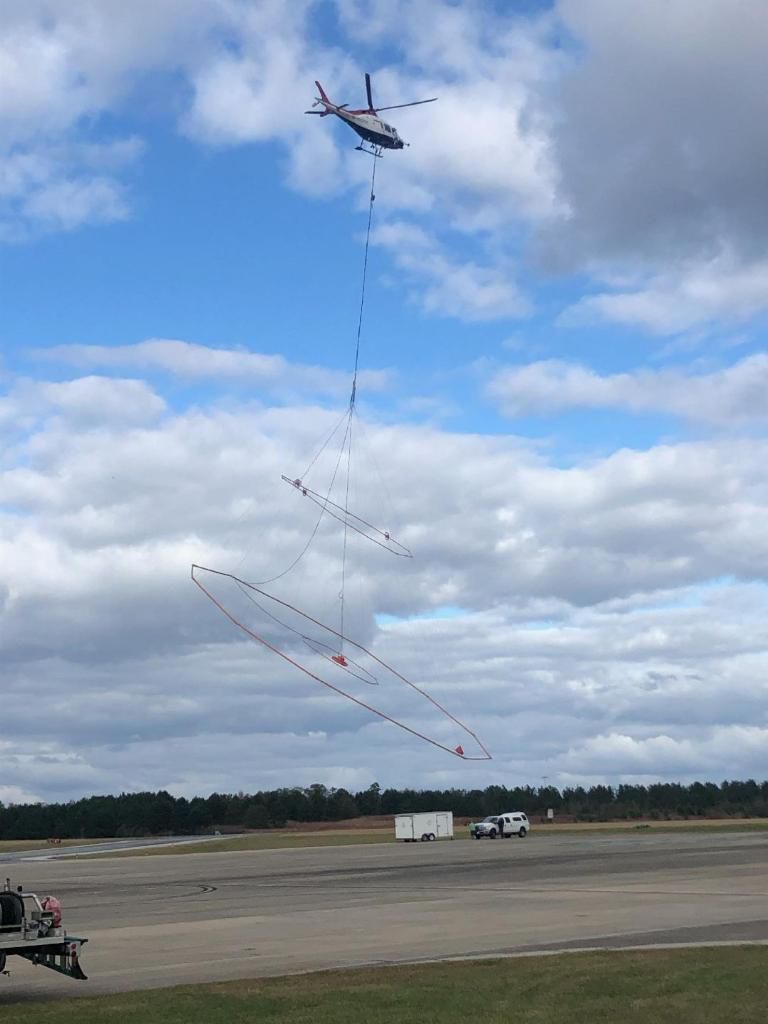 A Geotech helicopter with surveying attachments flew out of the Greenwood County Airport a few weeks ago. 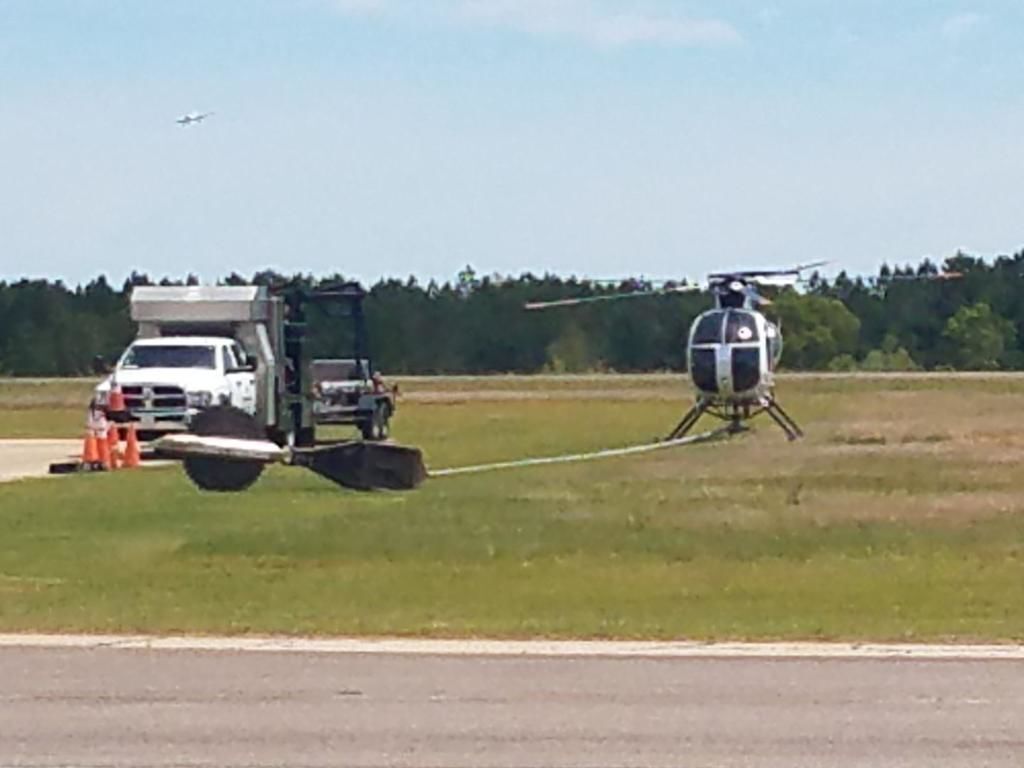 A helicopter with a saw blade attachment to cut tree limbs off near power lines flew out of the airport a week ago.

A Geotech helicopter with surveying attachments flew out of the Greenwood County Airport a few weeks ago.

A helicopter with a saw blade attachment to cut tree limbs off near power lines flew out of the airport a week ago.

Careful observers of the sky might have noticed aerial activity coming from the Greenwood County Airport.

“There was a helicopter working out of the airport performing some survey work a few weeks back,” Rett Templeton, interim Greenwood County Engineer, said. “The helicopter had some surveying equipment hanging from it.”

A helicopter operated by Geotech, a private company located in Canada, flew out of the airport with several attachments hanging below the aircraft. Geotech specializes in airborne geophysical survey mapping data processing and data interpretation.

“They got fuel three times, paid their bill and left,” Rick Trammell, fixed-base operator at the Greenwood County Airport, said.

The company scans for minerals and various types of electromagnetism, according to its website. Based on pictures and descriptions of the attachment the helicopter was carrying, Geotech was using its VTEM, Versatile Time Domain Electromagnetic, system.

“VTEM generates currents that diffuse into the earth and, similar to water, always take the path of least resistance,” the Geotech website said.

A long pulse energizes the ground for a longer period of time which allows conductors to absorb more signal, the website said.

“This enables VTEM to accurately assess the true conductance of the material,” the website said.

Other aircraft activity may have also been noticed.

Trammell said more recently a helicopter with saw blade attachments was cutting tree limbs near power lines in the rural parts of the county.

Attempts to reach a spokesman for Geotech were unsuccessful.