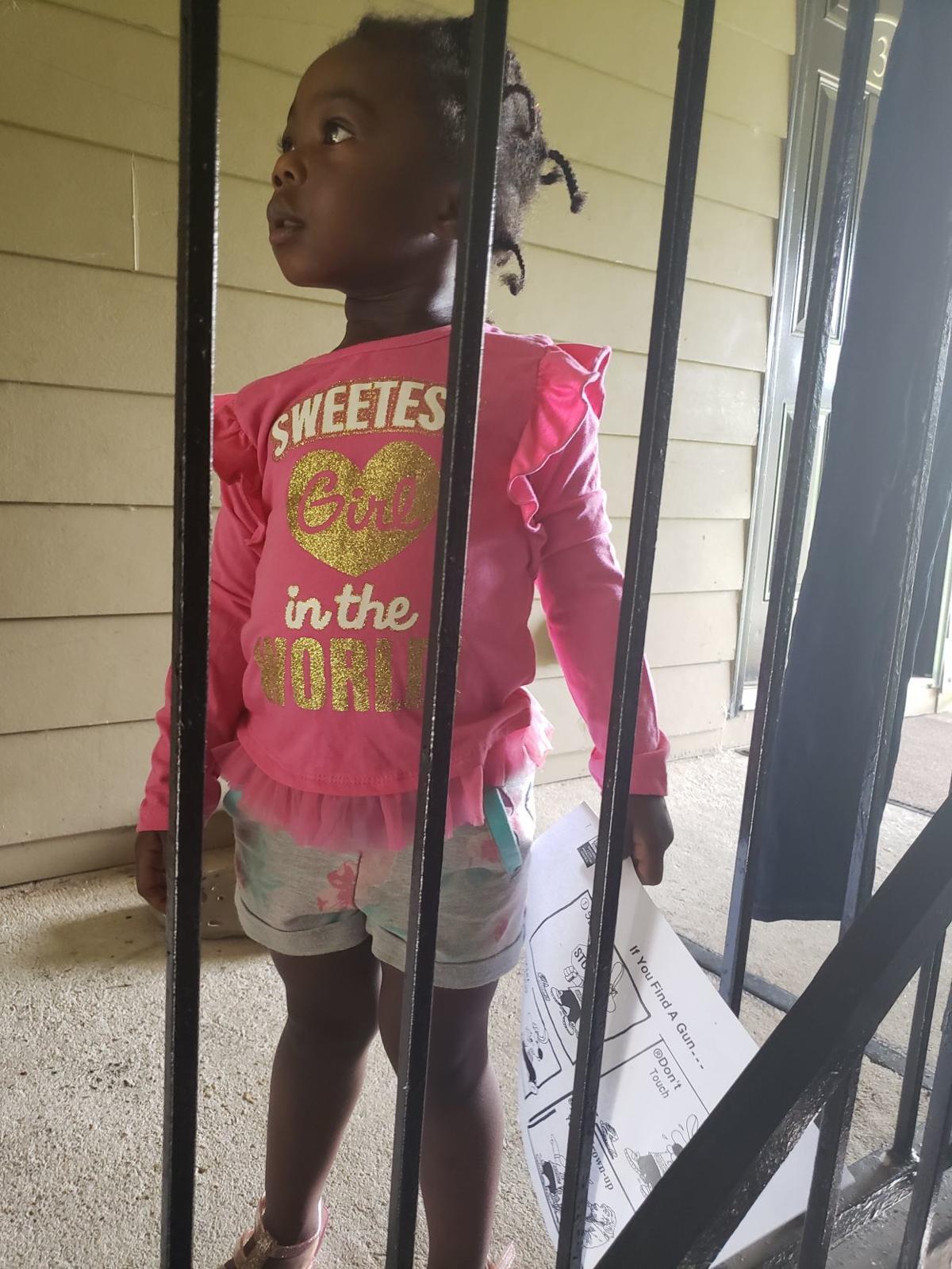 Nevaeh Williams, 4, clutches a gun safety coloring sheet given to her Wednesday by Jack Logan in Greenwood. 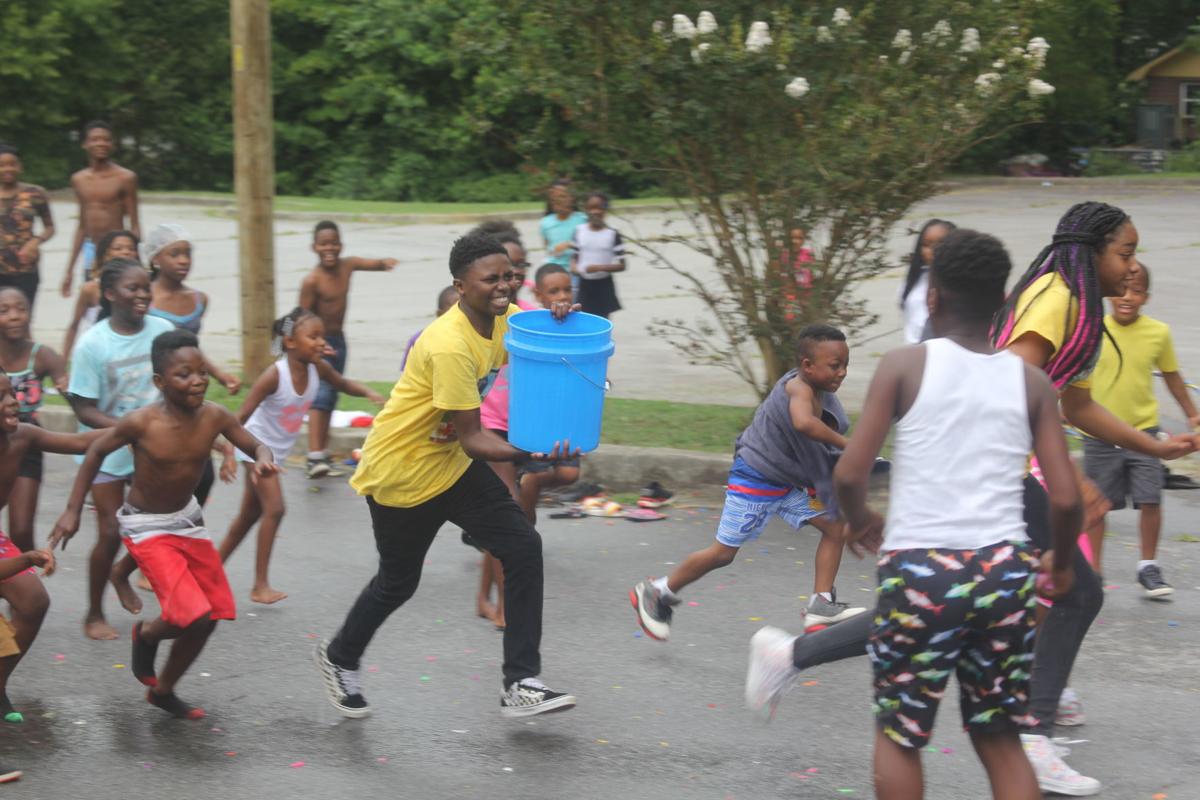 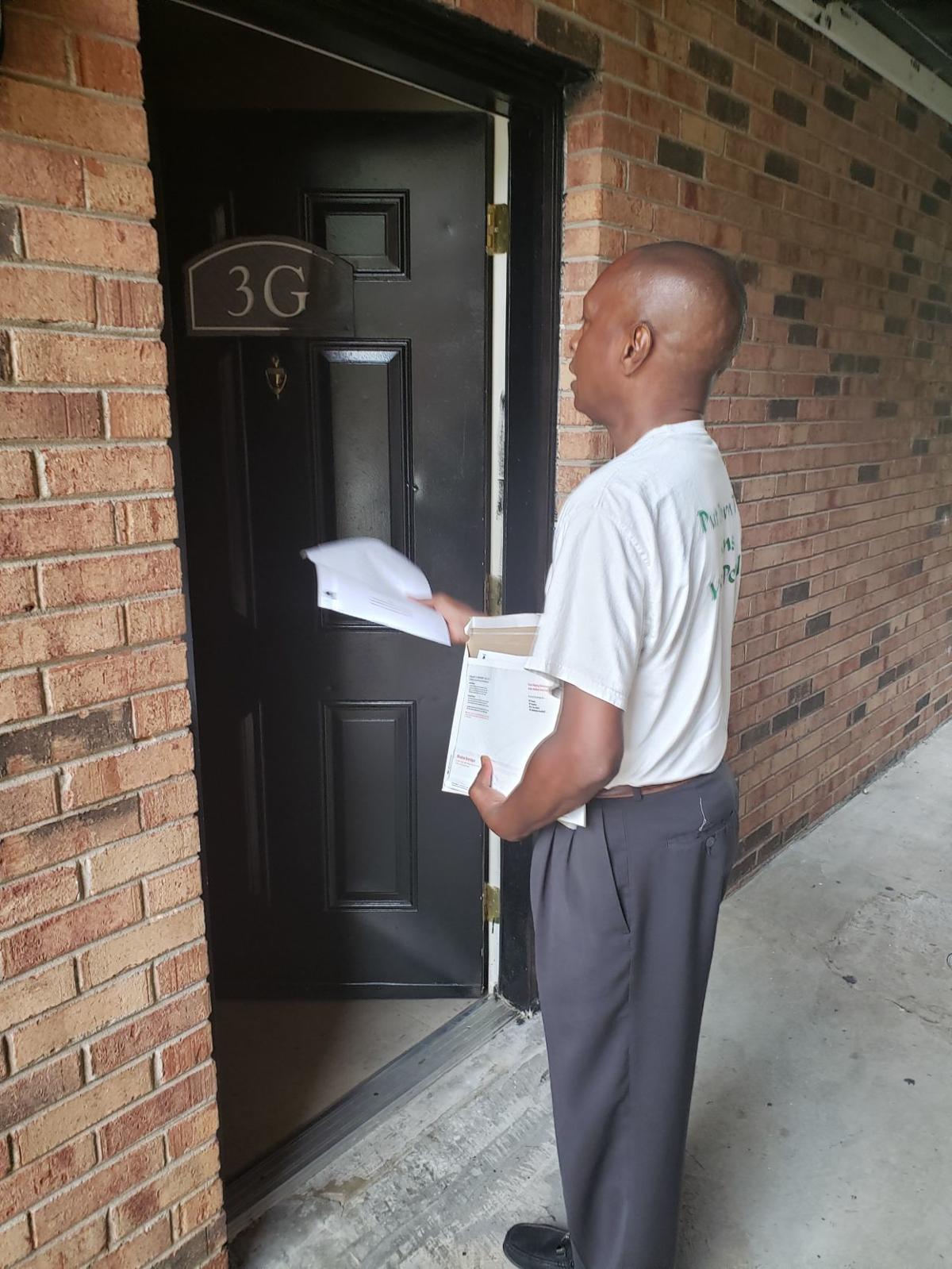 Jack Logan, founder of Put Down The Guns Now Young People, was in Greenwood Wednesday morning handing out literature to residents. 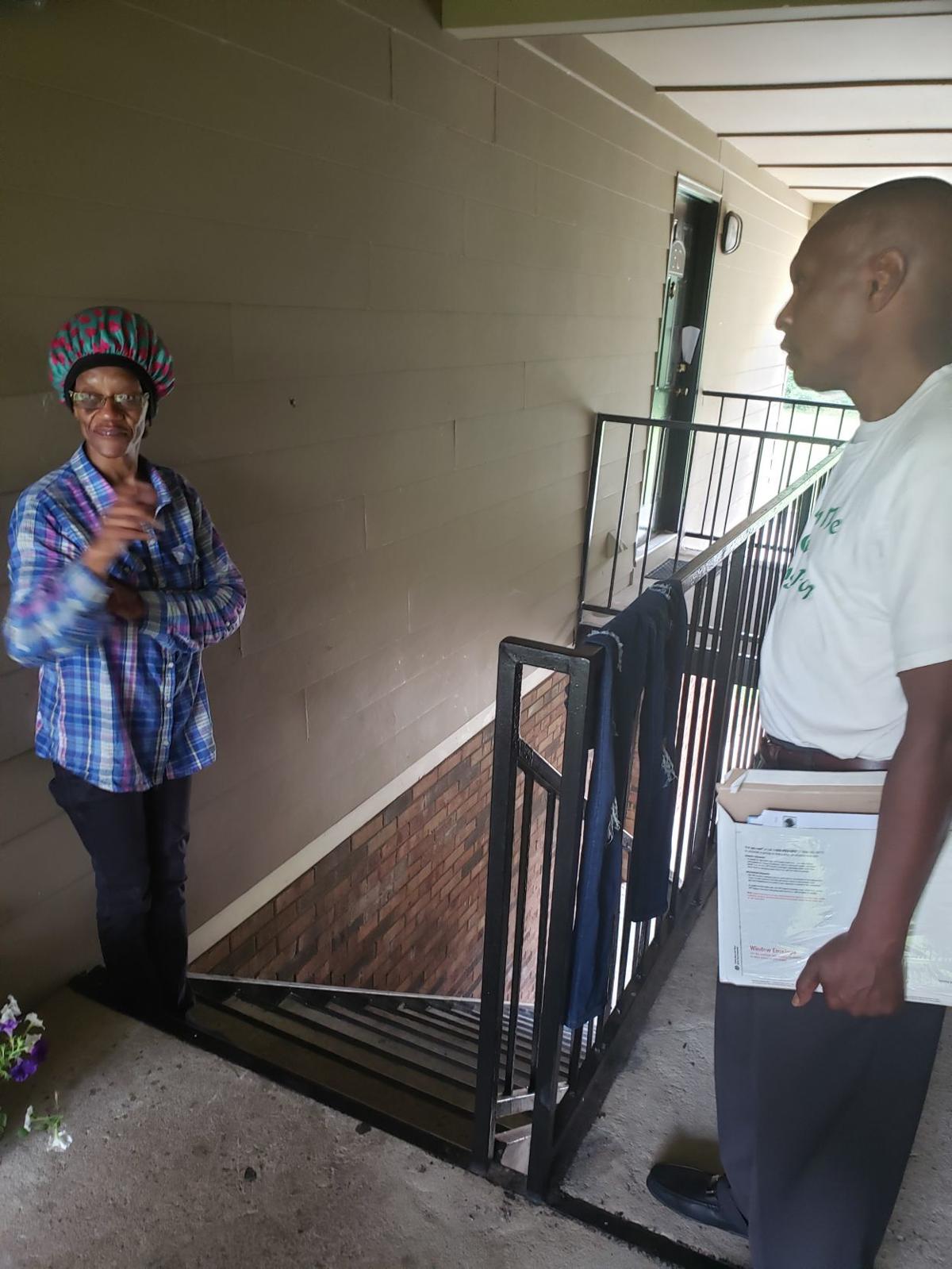 Nevaeh Williams, 4, clutches a gun safety coloring sheet given to her Wednesday by Jack Logan in Greenwood.

Jack Logan, founder of Put Down The Guns Now Young People, was in Greenwood Wednesday morning handing out literature to residents.

Nevaeh Williams — her name backwards is “heaven” — wore a pink shirt that called her the “sweetest girl in the world.”

In the 4-year-old’s hand was a paper telling her what to do if she finds a gun, given to her Wednesday by an anti-violence activist at Phoenix Place Apartments.

As Jack Logan, founder of Greenville-based Put Down the Guns Now Young People was carrying out what he says is God’s command for him to keep kids safe, about a mile away, a city gym was bursting with enthusiasm.

Those 70 children later dashed through the doors of the Morris Chapel Baptist Church into a large parking lot, where they immediately launched into a fierce water balloon fight — all smiles and joyful determination.

Last year, on that same asphalt, the scene was much different, as community members gathered, pleading for an end to the violence that took two young lives in July 2018, including one snuffed out by a bullet just feet from the place where those grievers — and children — assembled.

Bishop Oliver McCray Jr., who presides over Morris Chapel, noticed the juxtaposition too and says that’s one reason why his church’s rapidly growing summer camp is so needed.

At $20 a week per child, McCray said the venture isn’t about creating money for the church. He views it as an informal ministry.

“It’s partnering with the community because these kids don’t come to Morris Chapel. These kids are from everywhere. And they do structured stuff. They do art, they do math, they do science,” McCray said.

McCray’s church has witnessed the consequences of Greenwood’s plight, hosting a May 24 funeral for 24-year-old Cody Alex Hawkins, who was shot the week before.

With elected officials, faith leaders and community activities seeking ways to avoid future tragedy, McCray said in the days following Hawkins’ service, he got a message from God to go another direction.

“What I’m trying to do is change the narrative. I’m trying to focus on the positive instead of the violence, the gangs, the negative stuff. I was in prayer about this whole situation, because I was just really, really bitter and angry about how that guy died,” McCray said.

Since Hawkins’ death, four more people have been killed in shootings: 22-year-old Zykevious Ramsey on June 4 in Greenwood and then on June 23, Johntavier Moss, 24, Steven Tinch, 26, and 62-year-old Shirley Jones in Abbeville.

And on Tuesday night, city police and the Greenwood County Sheriff’s Office responded to shootings at the H2O Ultra Lounge at 1601 Highway 72/221 E. and to an Oakhill Street residence that was struck.

The camp’s origins lie with Kamela Simmons, who runs a foundation that sponsors youth basketball for girls. Simmons asked McCray if her group could use the gym, and that blossomed into the concept of sponsoring a summer program.

“It’s amazing to have somewhere safe and fun. They can just be kids. It’s nice,” Simmons said.

Such is not the case for a 14-year-old boy who lives across town at the Phoenix Place Apartments. Although he wants to be outside playing football with friends, both he and his mother — who spoke to the Index-Journal Wednesday on the condition of anonymity — are too fearful to take that risk.

“I keep my son in the house. I don’t want to lose in in the streets,” she said. “It’s just a shame we have to live like this in our own home.”

She said she and her son sleep on the floor at least twice a week. And during the school year, he’ll often call home daily to make sure his mother is safe.

“I tell him, ‘You don’t worry about me here. Get yourself an education,’” she said.

Logan spent the day canvassing many of the same city streets where shots have rang out.

“We stay busy so a mother doesn’t have to go to a mortuary,” he told a Phoenix Place resident.

Shellie Kallek has lived at Phoenix Place for 10 years — and she insists that people not only know who she is, but also her phone number.

“It’s 911,” Kallek said. “People will run to the landlord and tell her stuff, but don’t tell the police. They don’t want to come this way because I tell everything I see. I don’t play games. I don’t run in and go to bed.”

Queen become first band ever to be honored on UK coin

Winners of the 2020 HotelTechAwards Announced