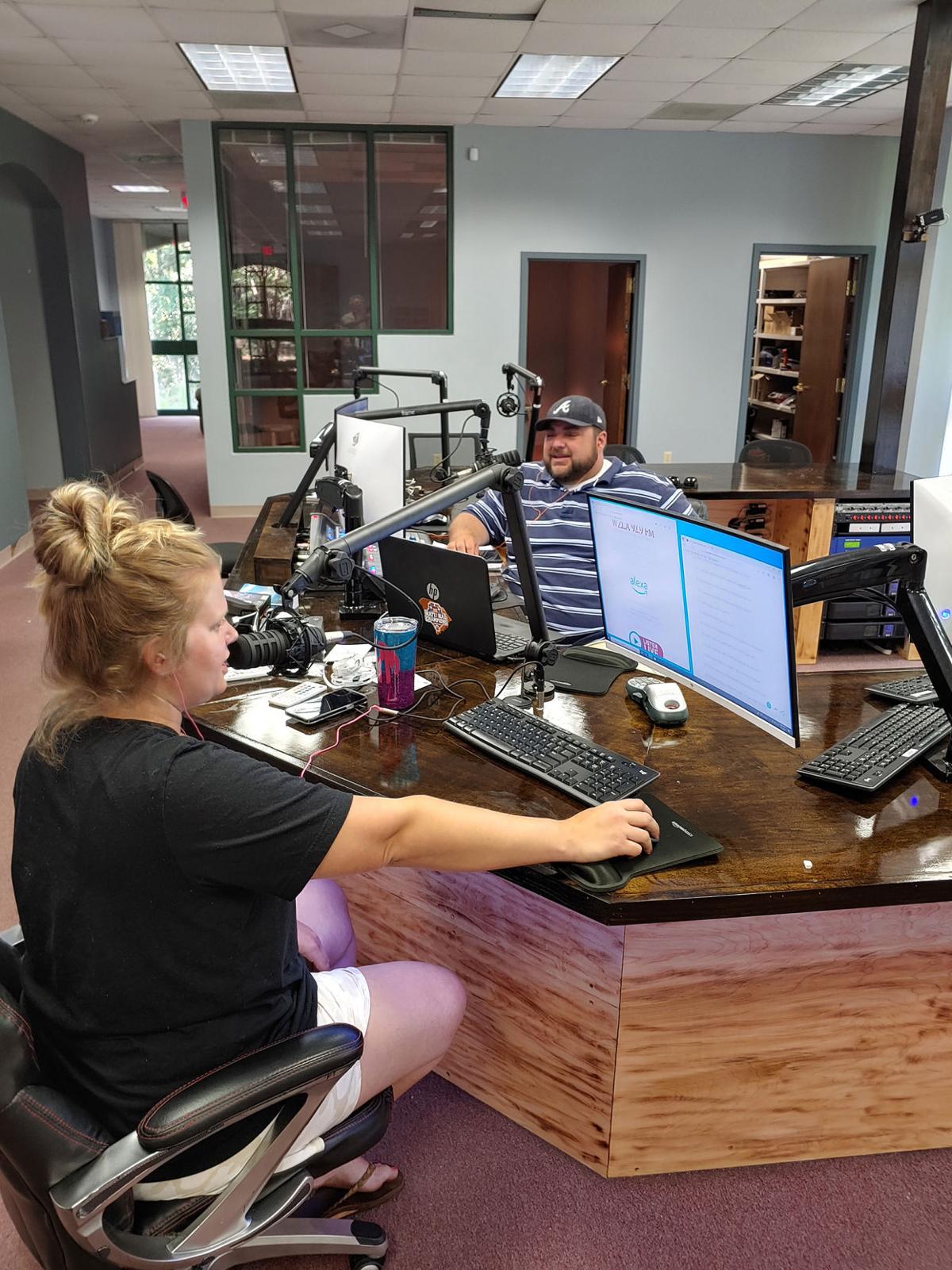 Lacey Yates and Ben Greeson work on the Southern Fried Morning Show. Behind them is a space Greeson hopes to turn into a green room for guests. 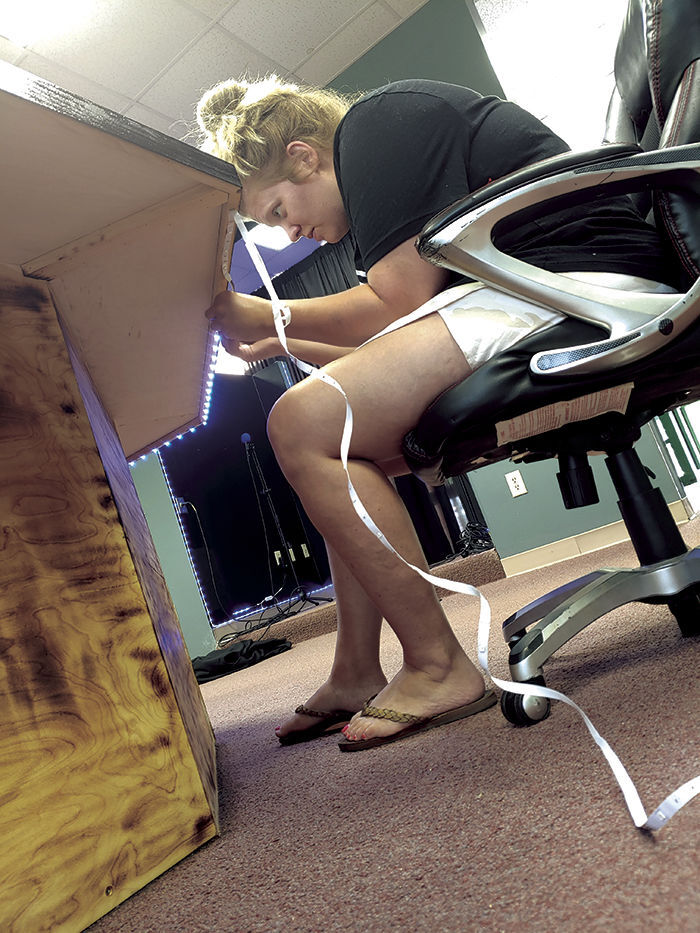 Running a radio station takes a bit of multitasking as Lacey Yates demonstrates by stringing lights on the desk in the main broadcasting room. 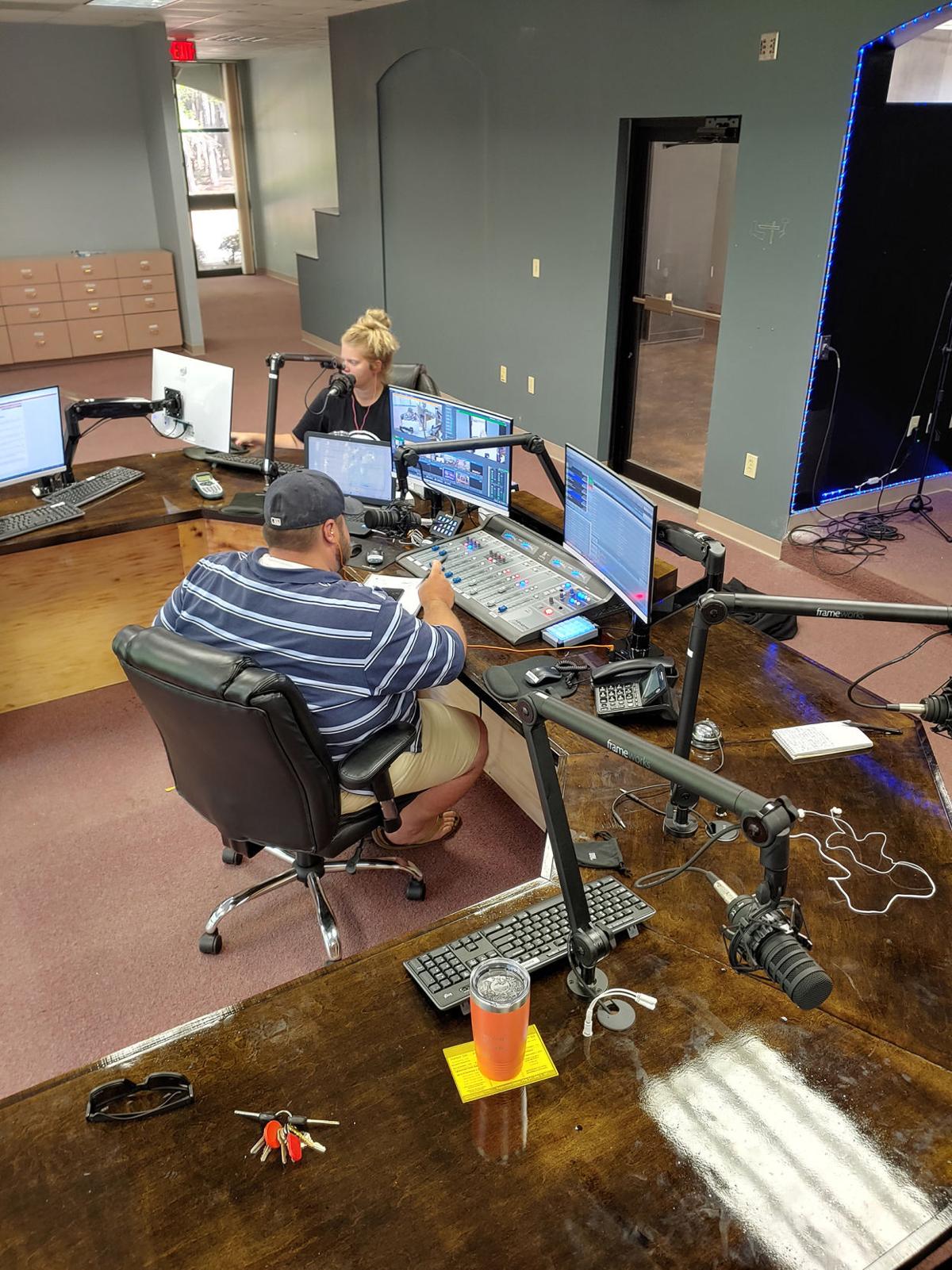 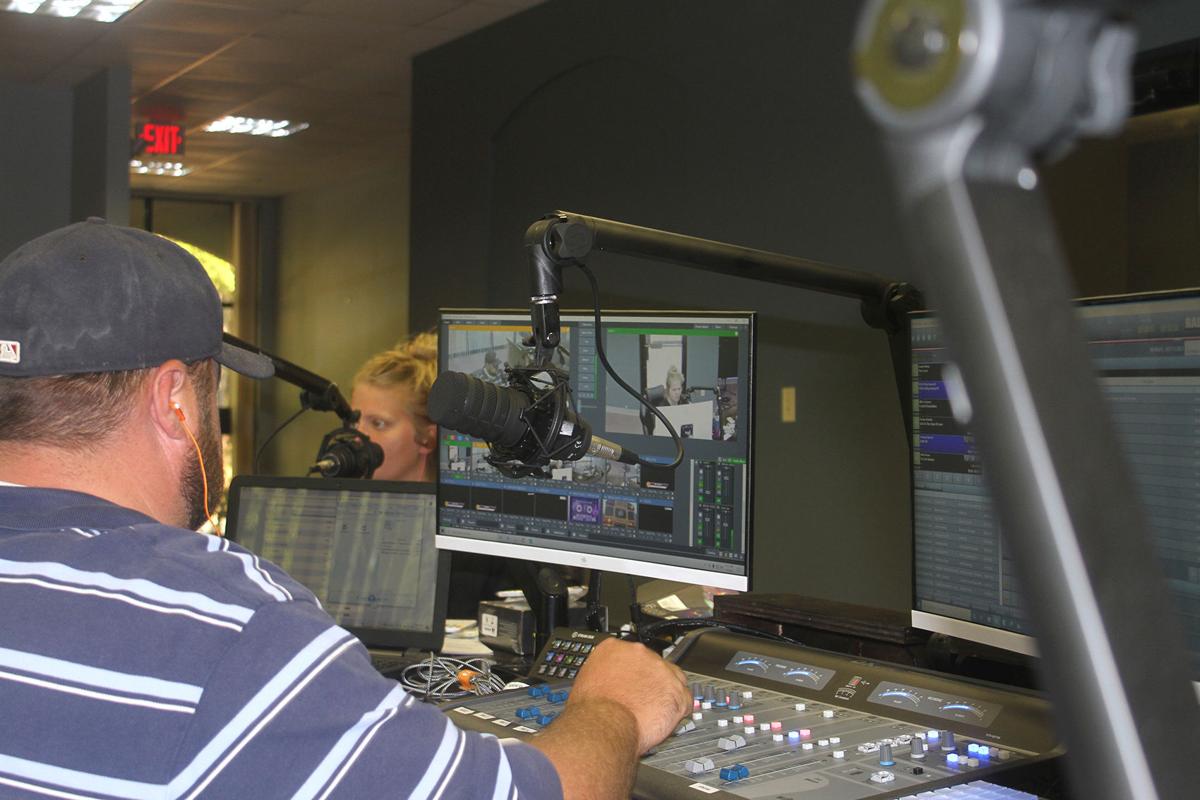 Lacey Yates and Ben Greeson work on the Southern Fried Morning Show. Behind them is a space Greeson hopes to turn into a green room for guests.

Running a radio station takes a bit of multitasking as Lacey Yates demonstrates by stringing lights on the desk in the main broadcasting room.

After taking a deep breath, Ben Greeson launches into a monologue during a segment on WZLA’s Southern Fried Morning Show.

Now, he has plenty of room to take that breath.

The classic country music radio station’s new home has more than 5,000 square feet for people to breath deep. The station, which has aired music and news since 1990, moved to 353 Highway 28 Bypass at the end of June, into a building nestled among pine trees which formerly served as a state unemployment office.

Greeson started working at WZLA on the morning show in 2014. The station was housed in a downtown Abbeville building that was more than 100 years old. His career in radio started when he worked as an intern at an AM station while in high school.

In 2020, the owners of WZLA were ready to sell and Greeson was ready to buy.

“I knew the time was right,” he said. “Once radio is in your blood, it’s hard to shake it off.”

Owning a business is a jump, apparently. They had to learn the secret handshake and everything, said Lacey Yates, who co-hosts the Southern Fried Morning Show with her brother and serves as the station’s chief financial officer.

“I tell people, ‘we bring in the money and I handle it,’” she said.

Less than a year after buying the station, the chance to own their own building arose. The former unemployment office had been vacant for around seven years. They negotiated with the state and by April had closed on the building.

“This new building is more than 5,000 square feet, at least 10 times the space of the previous building,” Greeson said. During a tour, he stopped in a room where his daughters were playing. It was about the size of a walk-in closet where a person could extend their arms and touch the opposing walls. That was pretty much the space the station had in the previous building, he indicated.

Now, the on-air talent has a large room devoted to programming. Facing the main desk is a small alcove where guests can speak or perform. To the side is a space Greeson hopes to devote to seating for a small audience to view on-air personalities at work.

The building also has space for a green room for guests to relax and prepare to get on the air, rooms for podcast and video productions. Three acres of pine forest can provide space for what Greeson hopes could be a venue for a concert series that could be broadcast. A small corner of the front room is devoted to a vintage Pac-Man game cabinet.

Greeson and Yates have space for their own offices. Yates’ space is a typical room for a financial officer and working mother, while Greeson’s room is as much a shrine to Clemson University sports as it is his office.

Live interviews with coaches are planned, along with livestreaming events such as games and providing room for merchandise from sports departments of local schools.

Only a few issues arose with the building, Greeson said. “It was a ‘move-in ready’ building which is hard to find these days.”

It is a work in progress. Yates spent some free time on the morning news show securing a string of lights to the underside of the main broadcast desk, even splicing a section of the electrical cord. After 10 a.m., Yates said she goes into business mode.

The room designated for podcasts only has a computer and wiring in it, some sections of floor still have dust on them and the walls are largely bare.

In one way, that’s a good thing. Operations are internet-based, with more than 5,000 songs available. There are no records or CDs. Pointing to a wall in the main broadcast room, Greeson asked if someone could imagine 5,000 8-track tapes lined up there?

WZLA can put out just as much music as any national radio, he said. Music ranges from the 1970s to the 2000s, although Yates said she sneaks in contemporary music as well.

A lot of being in radio involves the people you meet and the relationships you make, Greeson said.

Yates said they do get feedback. The station gets a lot of input on the Saturday outdoors show. There have been occasions when a word wasn’t pronounced correctly and people would call in with the correct pronunciation. They also call in over questions about movie titles.

“People will call in real fast. They’re usually faster than Google,” she said.

People even talk to her about the shows when she is shopping. “It’s our goal to make people laugh, keep it light. People don’t get popular by talking about depressing issues,” Yates said.

Running a radio station takes a lot of confidence. TV didn’t kill radio, Greeson said. It evolved; everything is digital; sports shows are archived. People can listen to games from Abbeville, Ninety Six and Erskine anytime they want to WZLAradio.com. They can listen on radios or they can go 21st century with Alexa and any Apple Radio app.

You have to be able to reach anybody. That means going far beyond the station’s four-county coverage area. Greeson and Yates mentioned getting a text from a listener from South Africa. WZLA even has fans among Border Patrol agents serving in Texas.

“It’s a lot of work, but it’s doing what you love, Greeson said.

Ross Chastain to drive No. 1 for NASCAR'S Trackhouse Racing

Suspect in fatal S. Carolina shooting of 3 found in Florida

'Not a freak accident': Beirut marks a year since devastating blast