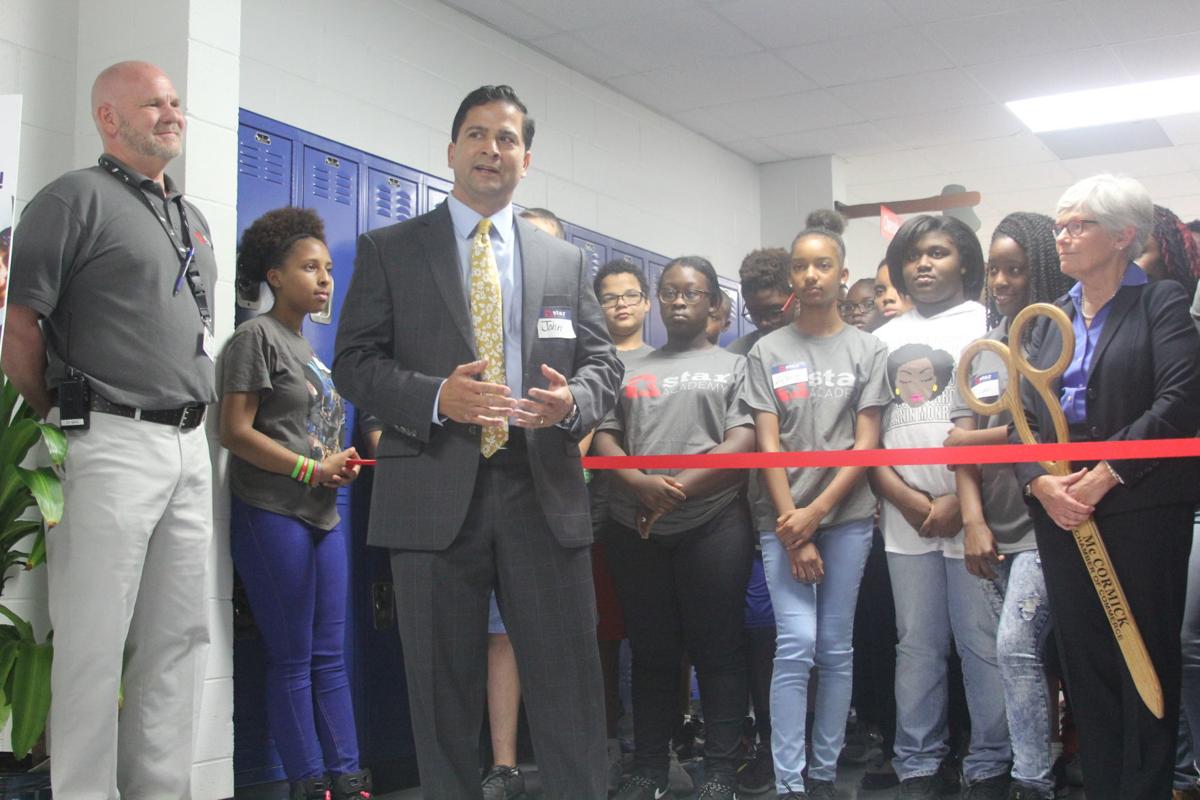 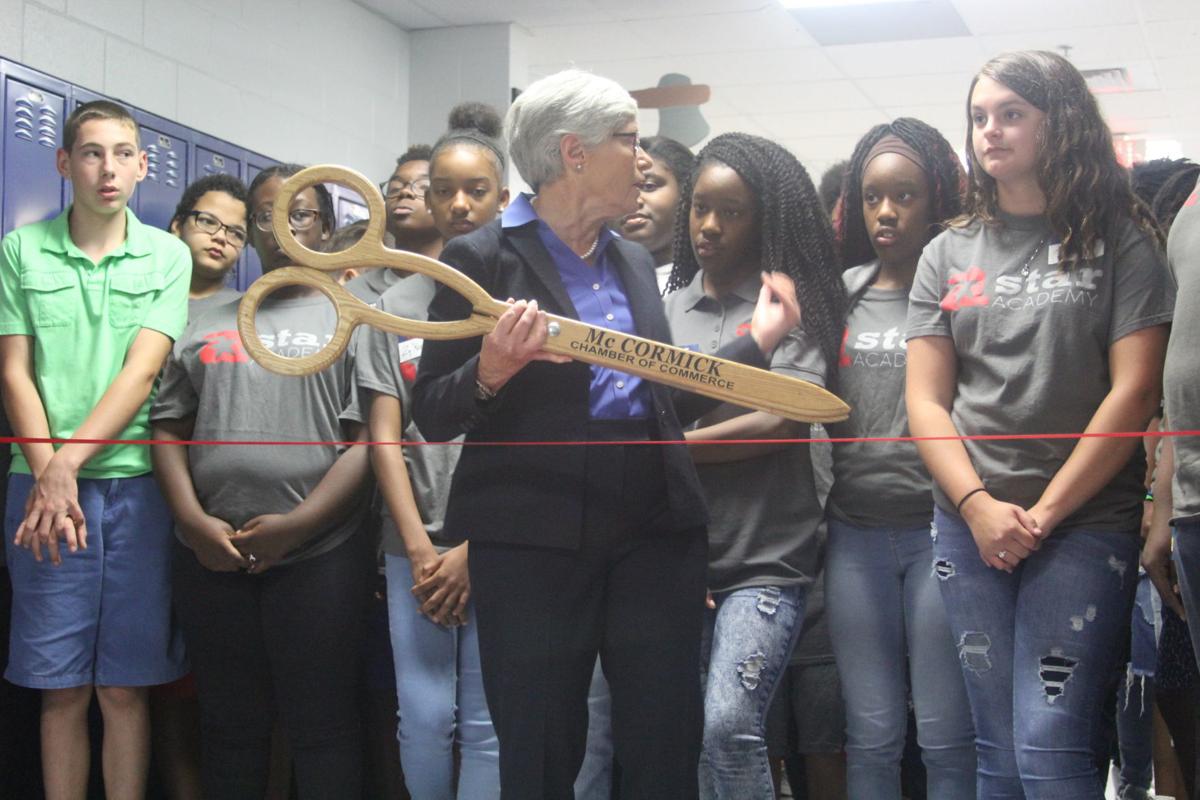 “These are not 1960s high school students,” interim superintendent Betty Bagley said. Lessons will be made relevant and tangible by tying concepts to real-life scenarios and providing hands-on experiences.

“These are not 1960s high school students,” interim superintendent Betty Bagley said. Lessons will be made relevant and tangible by tying concepts to real-life scenarios and providing hands-on experiences.

The first semester of McCormick County School District’s Star Academy Program — a “school within a school” — is in full swing, and to celebrate its first year, the district held a ribbon cutting at its high school.

The hope is that it will have a profound effect on the rates at which students drop out and graduate in McCormick.

“These are not 1960s high school students,” interim Superintendent Betty Bagley said. Lessons will be made relevant and tangible by tying concepts to real-life scenarios and providing hands-on experiences.

Star Academy is focused on eighth- and ninth-graders, Star Academy sales manager Sam Zimmer said, because their research has shown that students who drop out typically do so by the ninth grade.

“All we need is the classroom and teachers,” Zimmer said. Training, furniture, modules and computers are provided by Star Academy.

“Teachers are more like facilitators,” Zimmer said, helping students, who do the majority of their work on computers, when they struggle with an assignment.

Lee Hunt, a social studies teacher at McCormick High, said “It’s been a learning curve for both the students and the teachers,” Although it took several weeks to get used to the program, Hunt likes it.

“To be honest, I thought it was gonna be lame,” said Ka’Lynn Neal, a student in Hunt’s class. But she likes the intimate atmosphere and the option of taking a Chromebook home to finish work she wasn’t able to complete in class.

Best of all, “It’s not like the teacher is blabbing on about stuff you won’t even remember,” Neal said.

The Star Academy Program, a subsidiary of NOLA Education LLC, services districts in several states. It serves other districts in South Carolina, including districts in Pickens, Berkeley and Richland counties.

This is not Bagley’s first time at the helm of a school district offering Star Academy classes.

When Bagley was superintendent of Anderson School District 5, its schools featured Star Academy classes. Having seen the effect it had on student outcomes and dropout rates there, Bagley embraced bringing the program to McCormick.

Anderson 5 no longer has Star Academy, however. School districts, including Anderson 5, had to slash budgets during the Great Recession. Star Academy is expensive, Bagley said, and they could no longer afford it.

Money to pay for the program was in a proviso approved by the state Legislature but overridden by Gov. Henry McMaster. If the veto is not overridden in a session held next week, the district, rather than the assembly, will have to pay for it.

The district decided to move forward with the program despite the possibility that it would have to foot the bill “because it was obvious the students need it,” Bagley said.

Nevertheless, Bagley said she would like to spread the program across all grade levels. Hunt, who has been a teacher in McCormick for 14 years, likes the idea. All teachers deal with some level of burnout and could benefit from a wholesale change every couple of years, he said.