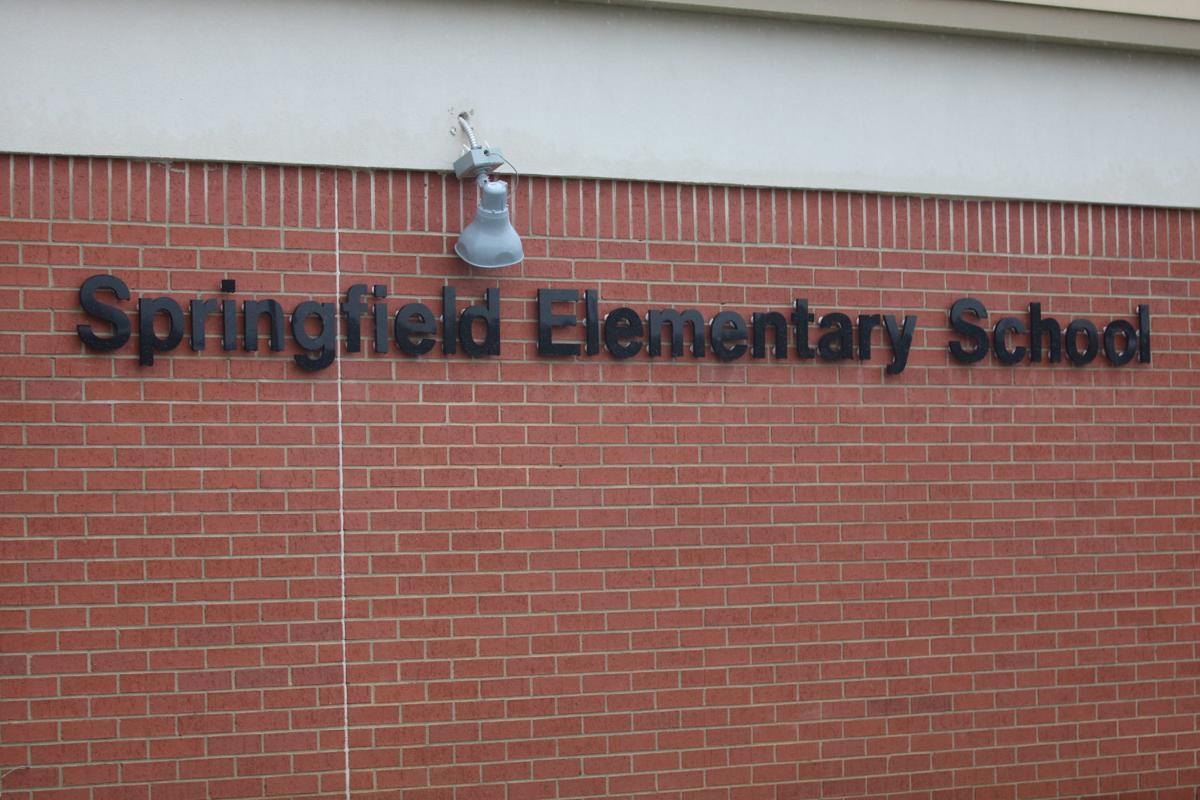 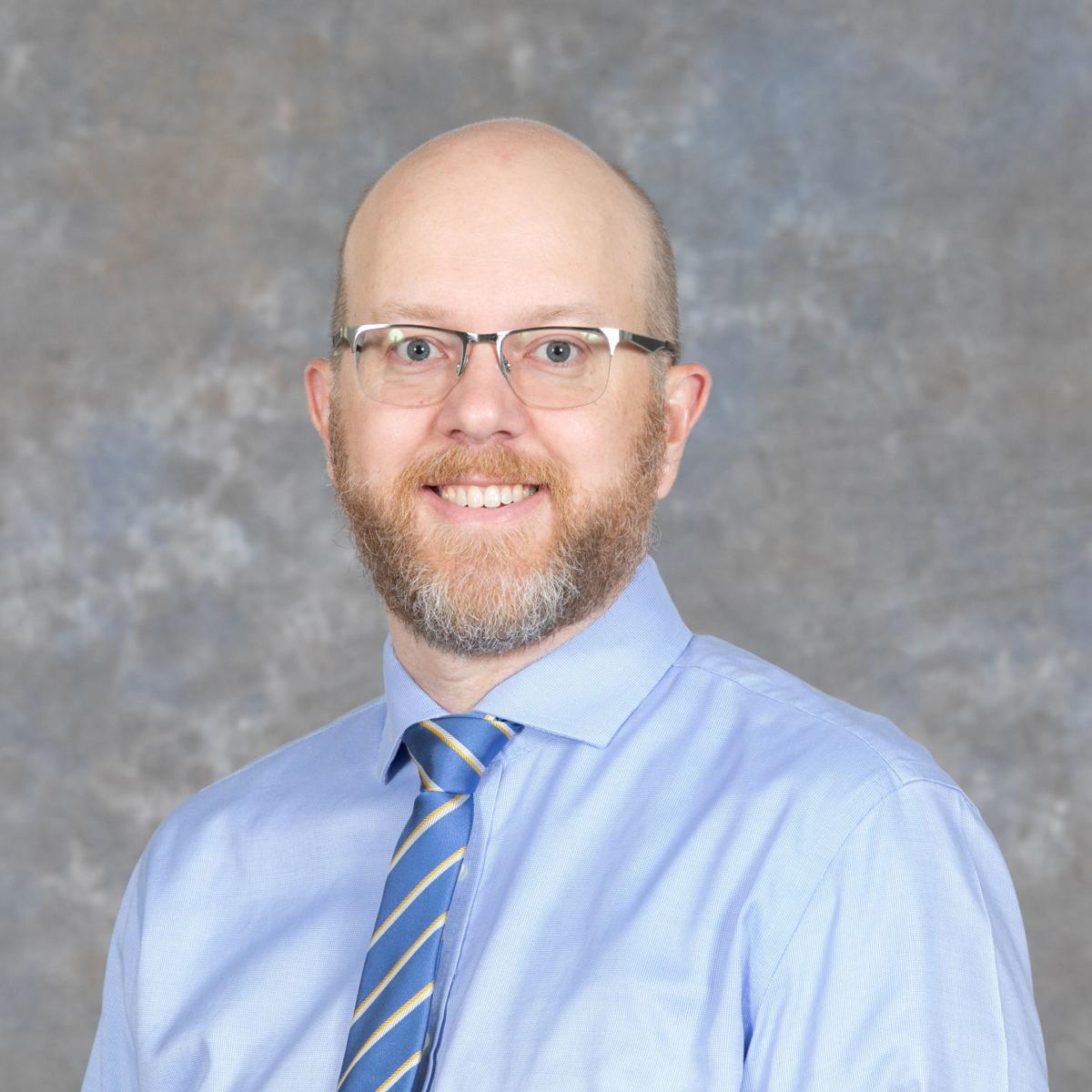 Morgan McWain doesn’t really understand why her school is named Springfield Elementary. The fifth-grader thinks her school should be named after civil rights leader and educator Benjamin E. Mays because “we never really honored him back then.”

Mays served as the president of Morehouse College in Atlanta from 1940-1967. He is credited for being the Rev. Martin Luther King Jr.’s mentor during King’s time as an undergraduate at Morehouse in 1944.

Mays’ emphasis on education and civil rights continues to impact students 80 years later, and Springfield Elementary Principal Tiara Watson saw an opportunity to spearhead the renaming of her school after reading an article that said Greenwood Mayor Brandon Smith wanted to rename one of the district’s schools in honor of Mays.

Watson shared how her grandparents where sharecroppers, just like how Mays’ parents were freed sharecroppers.

“Dr. Benjamin E. Mays’ story is kind of my family history as well,” she said.

Springfield Elementary GATAS teacher Anne Marie Glawe brought Mays’ story to the attention of students and faculty. She said she shares his story because of how “it connects so much with 21st-century history.”

“I think it (renaming Springfield) would be wonderful because he’s our hero, he’s a hero for everybody. Women, children, men, all different colors and races, poverty and no poverty.”

Akin to Mays’ teachings, she wants her students to “look at social issues and make decisions.” For years, Glawe has taken her students to the Dr. Benjamin E. Mays Historical Site so they could learn more about him and experience what it was like to work for an education at such a young age.

“The site is so beautiful,” Glawe said. “They love the cotton fields and they love to do the farming. They pretend that they are a friend of Dr. Mays and travel back in time. It’s a really neat resource and we don’t use it enough.”

Christopher Thomas, the site’s director, said Glawe “is the only professor in the last six years who has taken in interest in the site.”

Glawe was a recipient of the Mays Legacy Reward last year, and Thomas said her work alone had done the lion share of lifting to make Springfield a reasonable choice to be renamed in Mays’ honor.

He and the rest of the board felt challenged by Smith’s call of action, and he said it was “it was now in the board’s hands to respond.”

Vartanian did some research on Mays and he spoke with Thomas at the historical site, and both men saw the opportunity and need for a school in the district to be renamed in recognition of Mays.

Springfield became a viable candidate to be renamed in Mays’ honor when Vartanian spoke with Glawe, and from their conversation he learned “what Springfield stood for.”

Springfield third-grade teacher Kendall Minor invited Vartanian to teach third-grade students about Mays and how his upbringing was not so much different from theirs.

Vartanian described this experience as an honor, but also a “real challenge.”

Instead, he taught Mays’ positive actions and reserved the negative aspects of his path for “another time.”

After lessons from Vartanian and Glawe, the students became advocates for their school to be renamed “The Benjamin E. Mays Academy.”

Several Springfield students attended the December board meeting to speak on why they wanted their school to be named after Mays.

“I think (that) was really exciting, hearing their voices,” Vartanian said.

The board not decided whether to rename Springfield, but Vartanian expects such a vote in the coming months.

Thomas said changing Springfield’s name shouldn’t get much push back from residents, because it was originally named from a cartoon, “The Simpsons.”

“They had a vote at the time and they went with the Springfield of the Simpsons,” he said.

Thomas thinks honoring Mays with a school could assist in his legacy being taught in more classrooms around Greenwood, and hopefully be integrated into the South Carolina social studies academic standards.

“Mays is such a unique contribution to American society and the fact that he came from Greenwood County is something that we should honor and teach,” he said.

"Because he’s a great person and back then nobody really honored him and he wasn’t like a big thing back then. I think he needs to be honored and have like a school for him, and it’s in Greenwood." — Ella Hinton, fifth grade

"I want our school to be named Benjamin E. Mays because I think that he was a very powerful person and he took education very seriously and not many people have really heard of him. I think if there a school named after him then it would be more appreciated." — Olivia Polatty, fifth grade

"I think the school name should be Benjamin E Mays Academy because Benjamin E. Mays was a very great guy [and] he fought for nations of nonviolence and civil rights and I think we should just honor him through a school because he was a great person. He taught Martin Luther King and got information from Gandhi. He’s a very great guy." — Patrice Lowe, 10-years-old and in the fifth-grade

"There reason why I want this school to be named by Dr. Benjamin E. Mays is because he was a really great guy and he helped Greenwood by helping people be free so they can do more things in life and be successful." — Tatum Bonaca, fifth grade

"The reason why I want to name this school Benjamin E. Mays is because he was a guy who helped with equal rights and taught Martin Luther King Jr." — Wiley Perrin, fifth-grade

"The reason why I want our school to be called Benjamin E. Mays Academy is because it just feels like an honor to have somebody that’s so powerful to be the name our school, like if you want Abraham Lincoln to be named after a school, that wouldn’t really sound right but you get my point." — Liam Frederick, fifth-grade

"It’s an inspiring name and some people might not know him and if we do change it a lot more people might come here." — Monet Bishop, third-grade

"I wanted to change the school name because I think some other schools want you to think about another man who likes school. I want the name to change to brand new and to his first name." — Joselyn Carlos, third-grade

"I think the school's name should be changed because he was very good in school and smart and all his teachers said he was a bright kid." — Wyatt Lindler, third-grade

Eilish, who gives voice to troubled youth, tops the Grammys

The Latest: Nadal beats Kyrgios to reach QFs in Australia