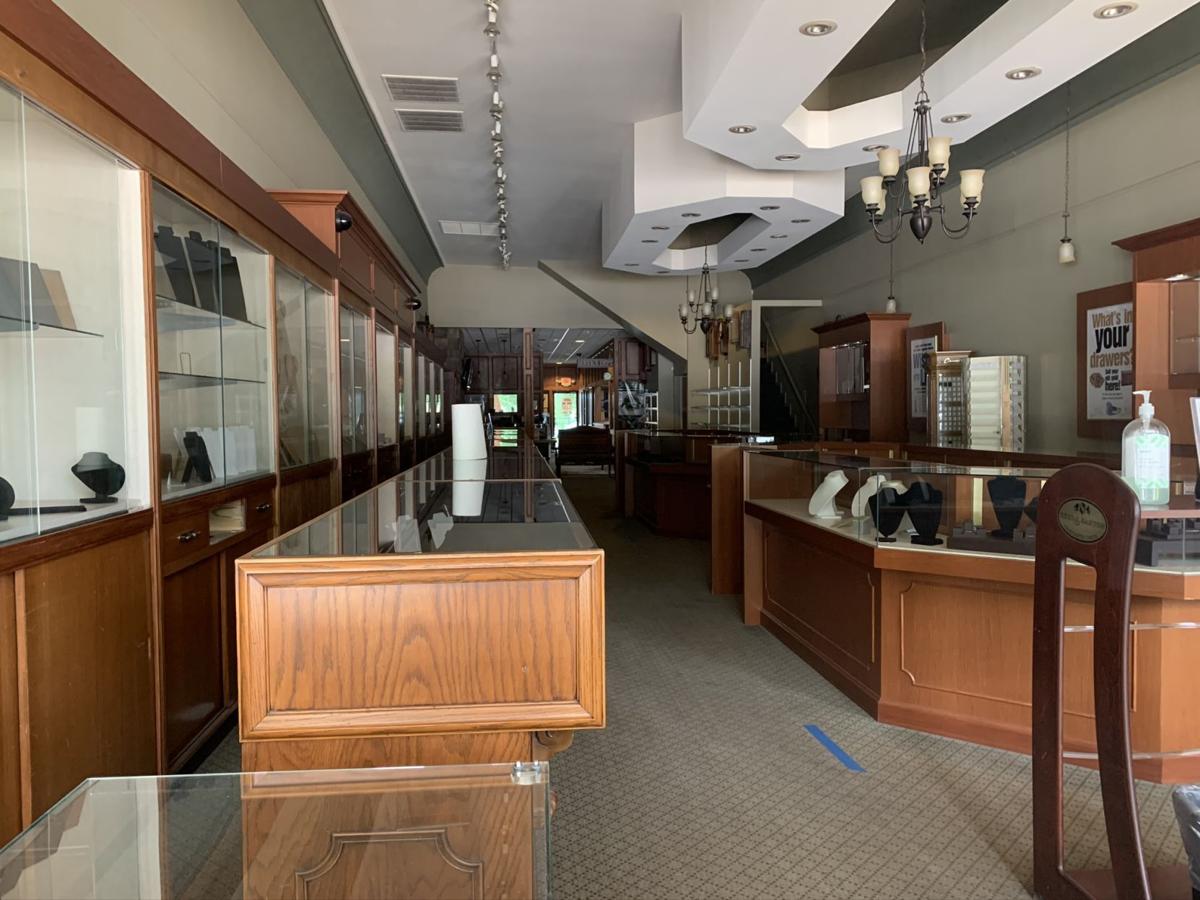 H.H. Turner Jewelers closed its doors early on Tuesday and removed all the jewelry from its display cases ahead of the Black Lives Matter protest. 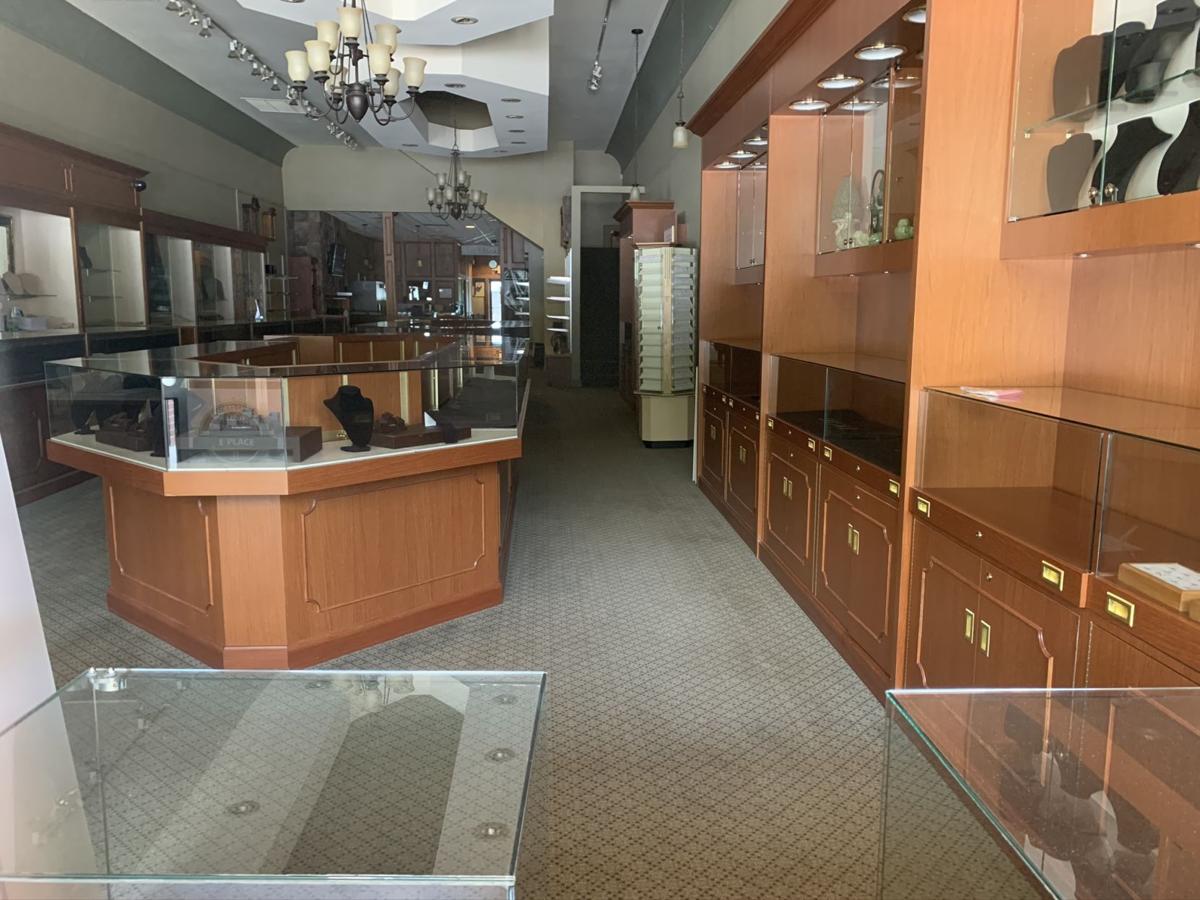 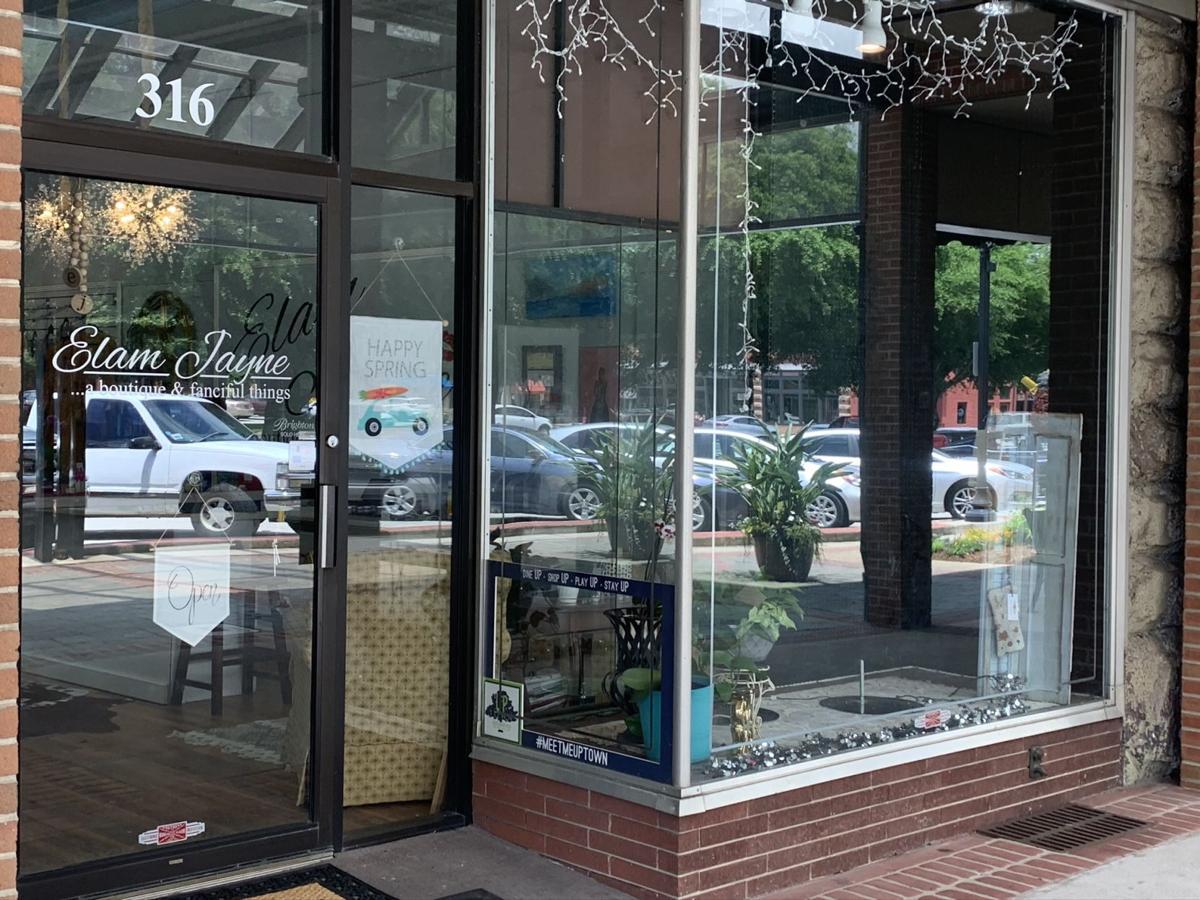 H.H. Turner Jewelers closed its doors early on Tuesday and removed all the jewelry from its display cases ahead of the Black Lives Matter protest.

Whether to close or stay open was the question many Uptown Greenwood businesses were deciding Tuesday ahead of 4 p.m. Black Lives Matter protest.

Many businesses in Uptown had already shuttered their doors and removed items from their display windows by 2 p.m.

H.H. Turner Jewelers had cleared all of its displays and was closed before 2 Tuesday. Other stores in Uptown Greenwood, such as Sugar, Main Street Market and Rudd’s Camera and Video were all closed, some with signs and others just with locked doors.

Kosovare Bela, a sales associate at David Lindsey Clothier, said the store planned to close at 2 p.m. Bela said there was some concern after seeing what has happened at other protest locations across the country.

Thayer’s Furniture and Fine Gifts opted to wait and see what happened, with the hope things would stay peaceful around Uptown.

“I’m praying that it’s a peaceful protest,” Taylor Tucker, manager at Thayer’s, said. “We love Greenwood and we are not going to run away.”

Allison Finley, a deliverer at The Floral Case, said the store planned to close between 3:30 and 4 p.m. while Sammy Nasrollahi, owner of Rugs of Distinction, said he closed his store at 4.

Elam Jayne owner Kristi McElrath said she planned to close her store at 3. She also was concerned about her store’s safety.

“I pulled my mannequins out,” McElrath said Tuesday. “I’m thinking of putting away some of the more expensive things.”

Whether they decided to close, the consensus among business owners was they hoped for a peaceful demonstration.

Greenwood Police Chief Gerald Brooks said officers did not advise any Uptown businesses to close early, but did share some information with business owners.

“We have tried to apprise them of the situation as best we understand it,” he said.

Brooks said while officers had heard rumors of people being bused in from other communities, the information was unreliable and officers had not shared it with businesses. Travis Greene, co-founder of Black Lives Matter — Greenwood, said no one was being bused into Greenwood in connection with the planned protest, although he had also heard the rumors.

Brooks said protesters had been demonstrating peacefully in Greenwood for days, and he gave them credit for their approach.

“They’ve worked to get their message out peacefully and lawfully,” he said. “I commend that and I admire that.”

He said officers have been watching national news closely following the killings of George Floyd and Ahmaud Arbery. He said the Minneapolis police officer’s killing of Floyd was inexcusable, and he decried the officer’s actions.

“It’s despicable, it’s horrific and there’s no excuse for it,” Brooks said.

In a news release sent Tuesday afternoon, the Greenwood County Sheriff’s Office acknowledged concerns about the day’s upcoming protest. The release said Greenwood County Sheriff Dennis Kelly had met with community leaders, law enforcement officials and public safety heads in preparation for any possible outcomes, and that he advocates for peaceful protest.

The release quotes Greenwood pastor Carlton Klugh, who emphasized the need for change along with the need to advocate for it peacefully.

“I stand with the challenge to change our culture towards unarmed black and brown citizens, however Greenwood has no place for riots and violent behavior stealing the stage of a powerful change that is coming, and we as clergymen and leaders need to lead our communities to peace and harmony and not drive them down a road of evil,” he said.

The release said county officers informed residents and business owners that additional officers were prepared to respond if needed.