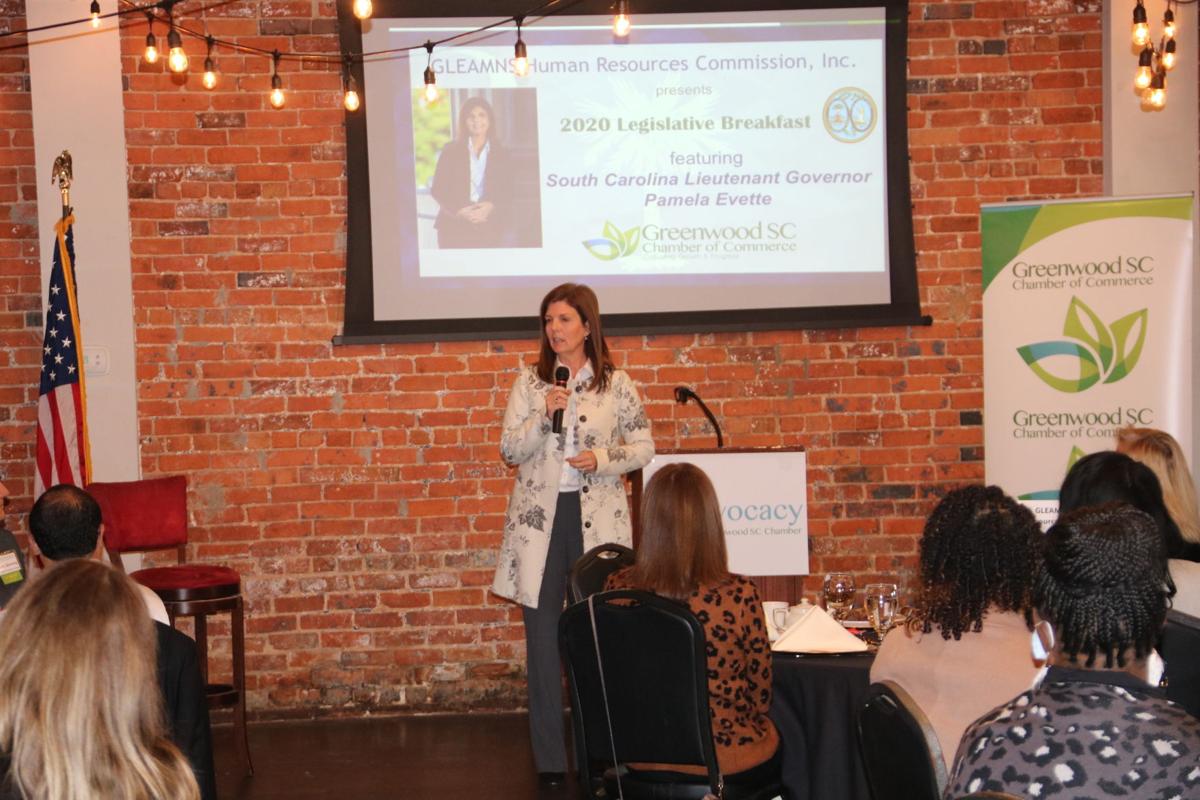 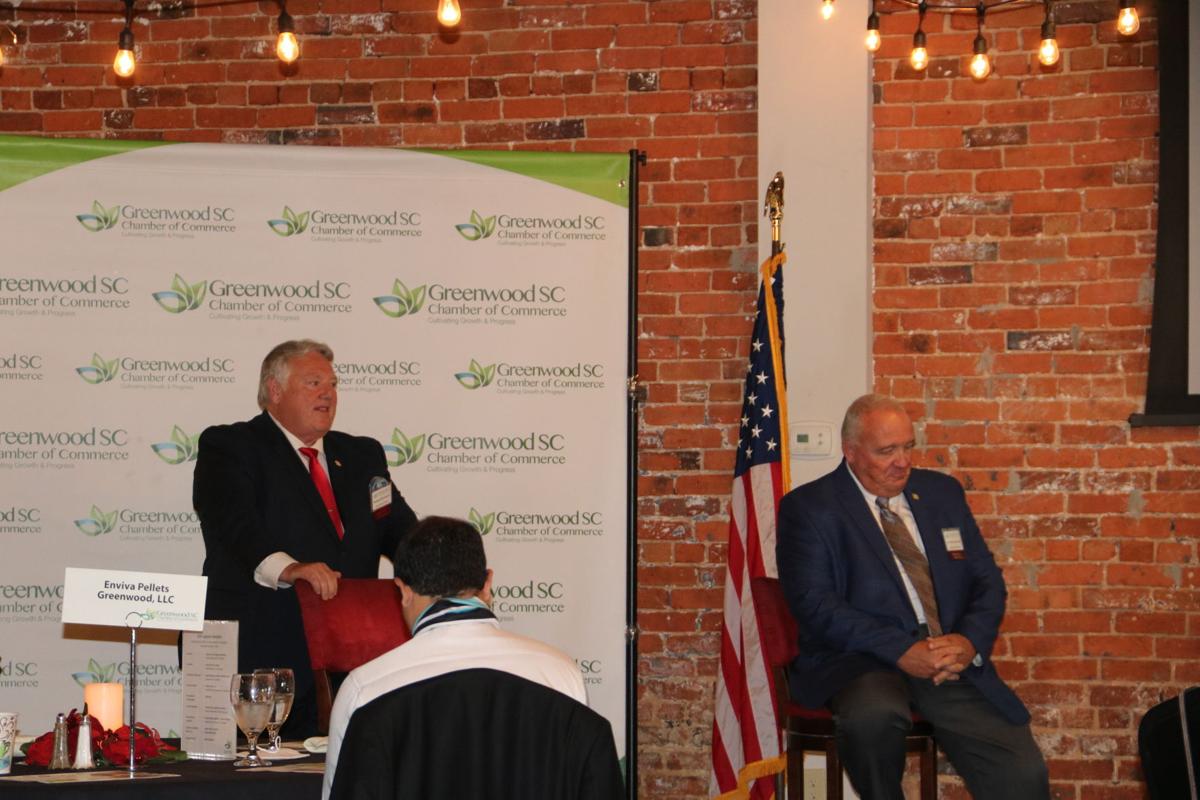 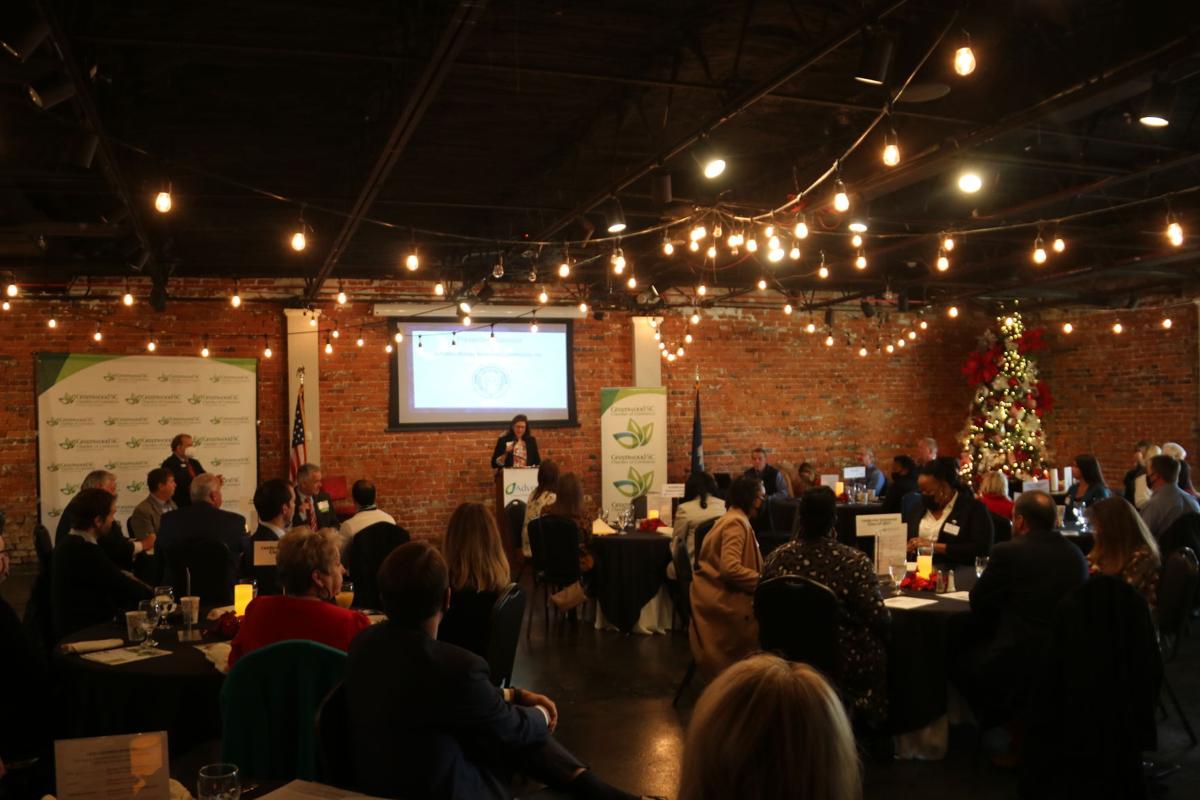 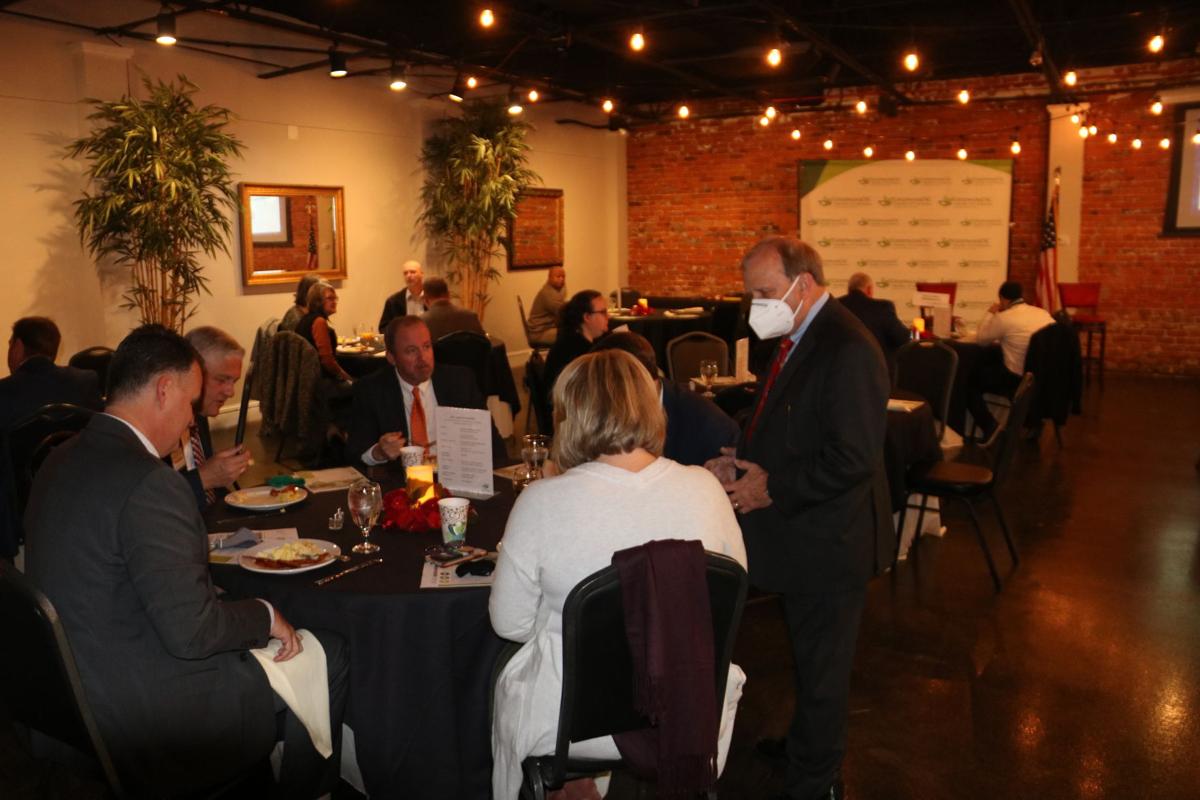 Greenwood SC Chamber of Commerce conducted its annual legislative breakfast on Tuesday at the Inn on the Square.

“It’s been a different year, to say the least,” Evette said.

Evette said being elected as South Carolina’s first female lieutenant governor was the first time she ever ran for public office.

“I wasn’t even my class president in high school,” Evette said.

Evette spoke about Gov. Henry McMaster’s response to COVID-19 and the creation of AccelerateSC.

“We brought everybody to the table,” Evette said.

She said all of McMaster’s guidelines were created with input from the business community.

“We are the sixth lowest unemployment in the country,” Evette said.

Evette praised the passage of the most recent stimulus bill.

She said education and expanding broadband in rural South Carolina is still a top priority. The legislature passed a bill in September which allowed electric cooperatives to utilize their existing infrastructure to deliver broadband to rural areas.

She said while the short-term solution was to set up hotspots, the state is working with carriers to expand their broadband reach.

Evette said being a parent and having to take on educating her children when the schools shut down was tough, something every parent across the state was having to deal with.

“This has been the most challenging year we have had,” Evette said.

Evette said children need to have face to face instruction.

She said SC’s technical colleges are some of the best in the country and contribute to economic development.

When companies look at workforce development and a particular skill is needed that is not taught at South Carolina’s colleges, the state sends a delegation to the prospective companies country to learn what skills need to be taught and brings that information back to work into curriculum for developing a workforce for the company.

She said the workforce can be taught while the company builds its facility.

State Sens. Mike Gambrell and Billy Garrett were also on hand to give Chamber members an update on their legislative priorities for the upcoming session.

Gambrell said his top priority always has and will continue to be constituent services.

“That’s the bare bones of what we do,” Gambrell said.

Gambrell, who Garrett said was instrumental in getting the broadband bill passed, is vice chairman of the South Carolina Rural Infrastructure Authority.

Garrett said rural broadband access is very important but the state should prepare for something else on the horizon.

“We need to be thinking in terms of 5G, that’s the future,” Garrett said.

He said platforms will need to be built to support this future expansion.

“Why can’t we build these in South Carolina?” Garrett said.

He said he also would like to see Rep. John McCravy’s fetal heartbeat bill make it to the Senate. Garrett said 57 legislators support the bill.

One of Garrett’s top priorities is the expansion of roadways between cities from two lanes to four lanes.

“There is no reason we can’t have some four lanes,” Garrett said.

He also would like to see the area start the process to have an interstate connect the Lakelands with other parts of the state.

“We have got to have an interstate,” Garrett said.

He said it is important for further economic development in the area.

US to spend $3.2B on treatments for COVID-19, other viruses