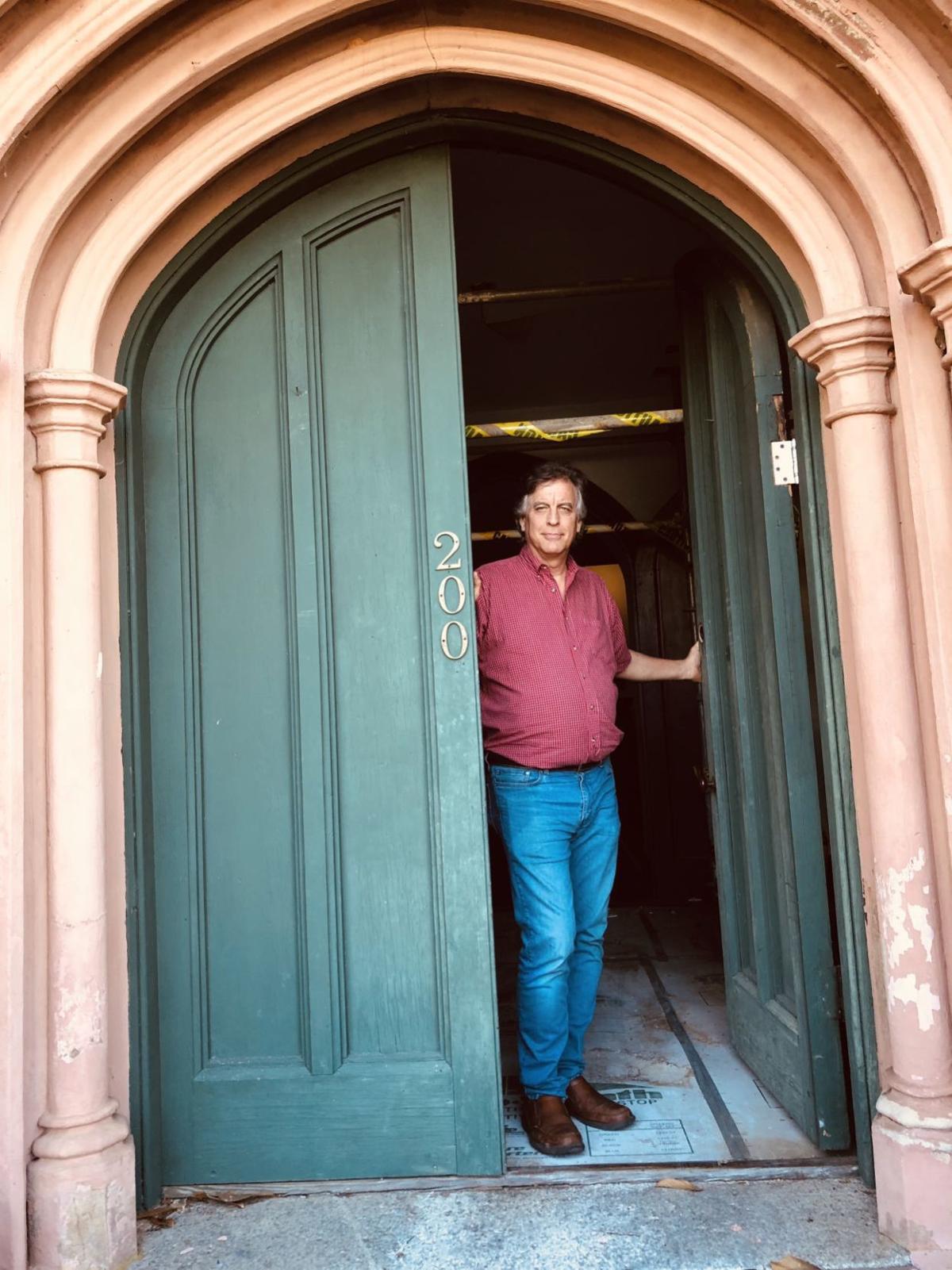 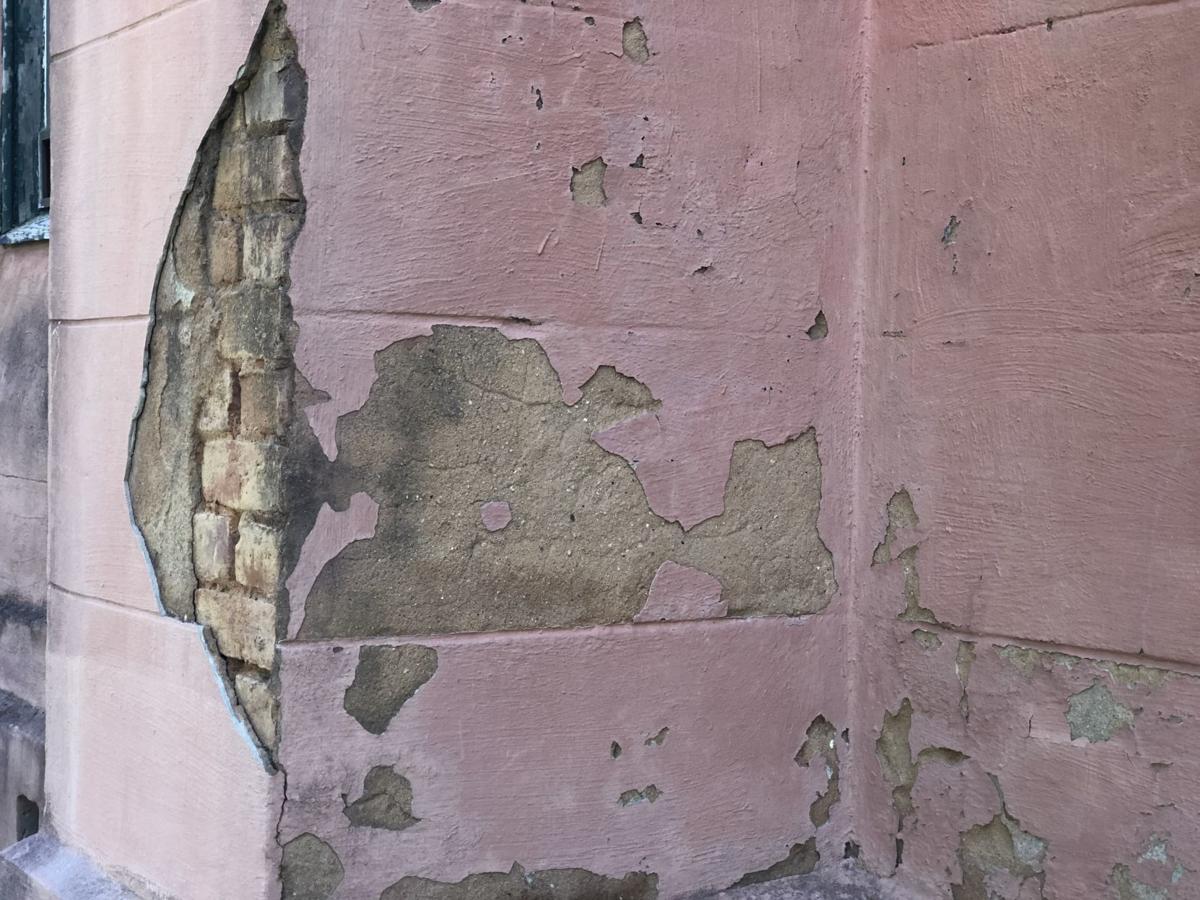 Among needed repairs at Trinity Episcopal Church in Abbeville are ones to the exterior and the stucco. 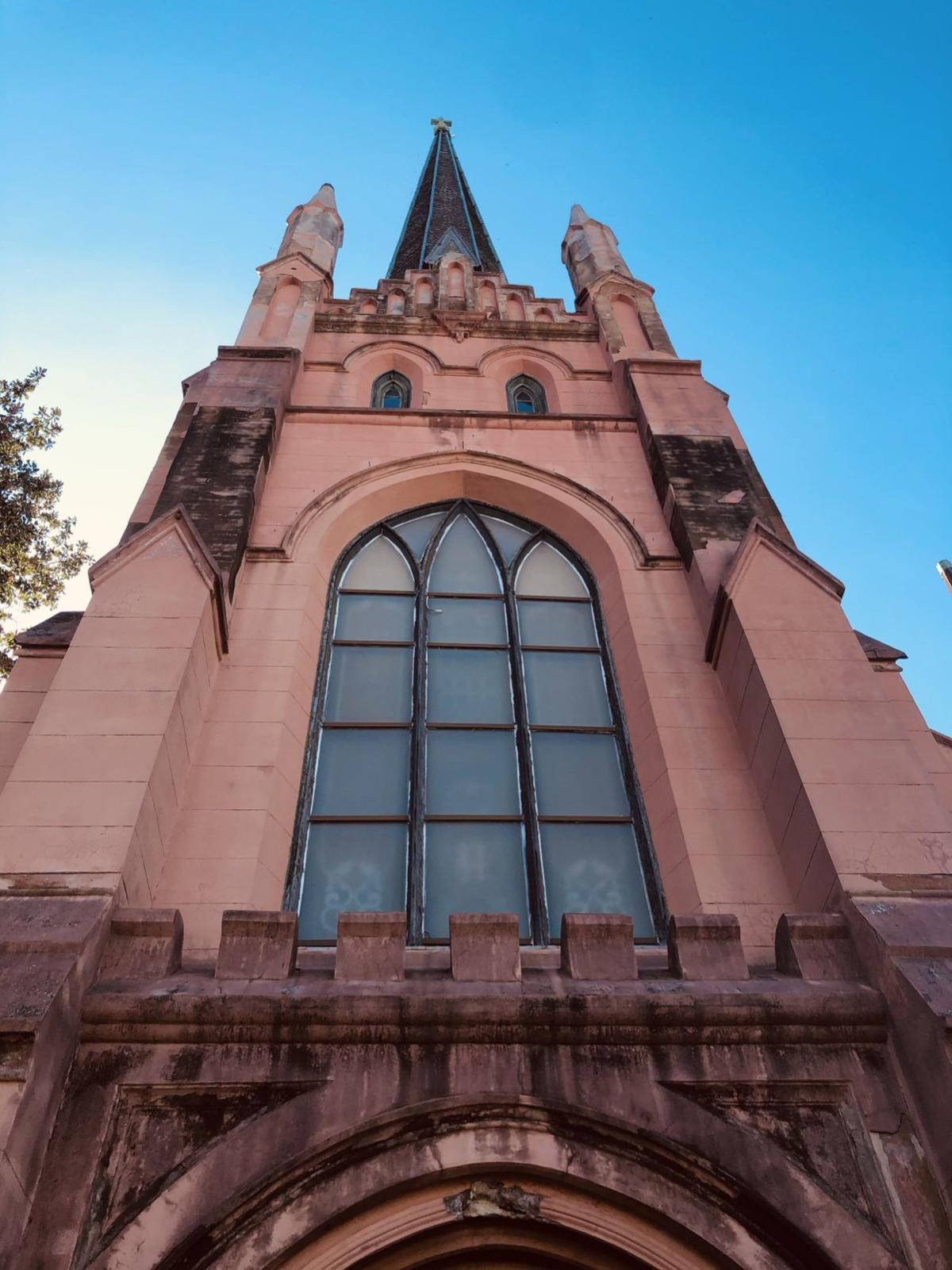 Before people can be allowed back inside Trinity Episcopal in Abbeville on a routine basis, the church’s steeple must first be stabilized.

Among needed repairs at Trinity Episcopal Church in Abbeville are ones to the exterior and the stucco.

Before people can be allowed back inside Trinity Episcopal in Abbeville on a routine basis, the church’s steeple must first be stabilized.

ABBEVILLE — Trinity Episcopal Church is set to be awarded a national preservation grant that will help in restoring the Trinity Street landmark.

The National Fund for Sacred Places is awarding preservation grants to 10 historic congregations in the country — totaling $1.9 million — and the gothic revival church in Abbeville is among them. Plus, it’s the only one in South Carolina for this granting cycle.

“The grant Trinity is being awarded is $250,000,” said Mike Bedenbaugh, Preservation South Carolina executive director. “However, that national preservation grant is tied to matching funds that we have to raise to get the full amount.”

“When we raise one quarter of the required matching funds, we will be allotted one half of the national preservation grant,” Bedenbaugh said. “We hope this will give folks incentive to rally around saving this church structure.

“This national grant is to be applied to the stucco work needed for the church’s exterior. ... The largest cost of this restoration will be redoing the exterior repair and restoration and restoring the original interior finishes,” Bedenbaugh added. “The total of all that is in excess of $1.2 million.”

Chad Martin, director of the National Fund for Sacred Places, works for Partners for Sacred Places. Martin said Trinity Episcopal in Abbeville first reached out to his organization a couple years ago.

“They clearly have continued to work and plan and build a deep network of partnerships,” Martin said. “That’s all contributed to why this felt like the right time to have them join our program. ... We are hearing a resounding signal from the Episcopal Diocese (of Upper South Carolina) that they are fully supportive of what Trinity is doing. In fact, their goal has been to off-load some of the heavy lifting, if you will, of the capital building project, from the shoulders of the parish alone. ... The diocese involvement is really critical. The other piece is the development of the partnership with Preservation South Carolina. We think of that as a game-changer for this project.”

The National Fund for Sacred Places is a Philadelphia, Pennsylvania-based grant-making program of Partners for Sacred Spaces, in collaboration with the National Trust for Historic Preservation.

“The fact that Preservation SC is a statewide organization is something we want to observe really closely,” Martin said. “To have a pre-existing and statewide organization stepping up to help with the management of the building is unique. ... In our work, we have one foot in supporting congregations and one foot in historic preservation. We have rarely seen this kind of partnership before. If they find success in this partnership, this could be a model for others across the country to learn from.”

A few key players in Trinity’s restoration are traveling to Chicago on Nov. 19 to learn more about the preservation grant requirements, Bedenbaugh said.

Bedenbaugh, along with church senior warden Cynthia Jefferies, Ann Waigand of Friends of Trinity and volunteer Patti McAbee will make the trip to the Midwest.

Retired Episcopal clergy have been leading worship services at Trinity.

“We average between 20 and 25 active parishioners,” Jefferies said. “It’s a wonderful group of Episcopalians. We’re excited about the restoration and it’s been a long time coming.”

Jefferies said the church applied for a National Fund for Sacred Places preservation grant last year, but did not get it.

“It’s a real plus that we have been awarded one now,” Jefferies said. “Nationwide, churches apply for these grants, so to be chosen as the only church in South Carolina, it’s exciting. ... We’re lucky the church is still standing. South Carolina is fortunate to have such a special property.”

Additionally, Bedenbaugh said a key piece of the first phase of the restoration process — stabilization of the steeple — could soon have a start date in sight.

The steeple is leaning, Bedenbaugh said. Timbers in its foundation have compressed over a period of years. Deteriorated timbers have to be replaced.

The Episcopal Church in Abbeville dates to 1842, with the establishment of a small-frame church. The cornerstone of the current structure was laid in 1859, and the church was consecrated in 1860.

“For the past six months, we’ve been reassessing the best way to stabilize the church’s steeple,” Bedenbaugh said. “We should have answers on proceeding with the steeple stabilization in the next few weeks.”

Bedenbaugh said steeple stabilization needs to be done first so that Trinity’s congregation can once again worship in the space and people can visit the church.

“The only thing keeping people from being inside the church right now is the steeple not yet being done,” Bedenbaugh said. “After we get the church stabilized, we would like to also get the church’s John Baker tracker organ worked on. It will take two years for that organ to be restored. We also want to repair the church’s windows for their longevity.”

“Our aim is to raise $4 million to be able to award small grants to other churches around the state, to make sure they are restored as well,” Bedenbaugh said. “The culmination is attracting other philanthropy to help save other churches. Trinity is a catalyst for that. If Trinity debilitated more, the ability to fix and repair it would be almost impossible. Faith put it in our path and we are here to elevate it as best we can.”

Learning more about the need and the project by visiting:

Wife of victim says UConn student was looking for neighbor