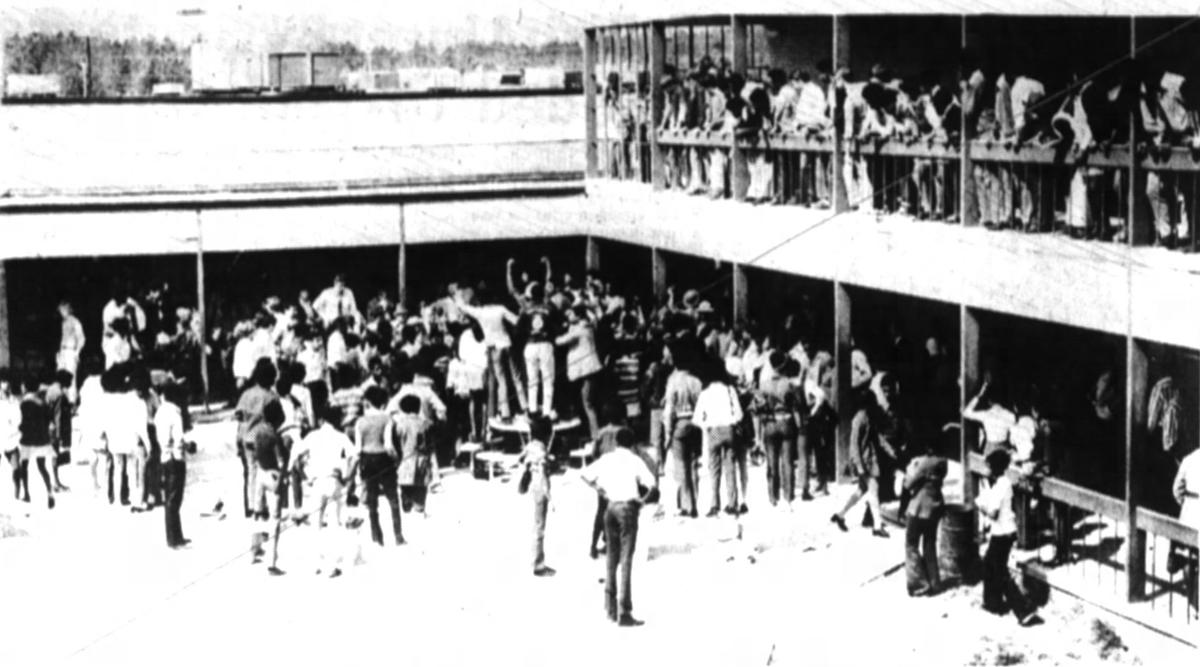 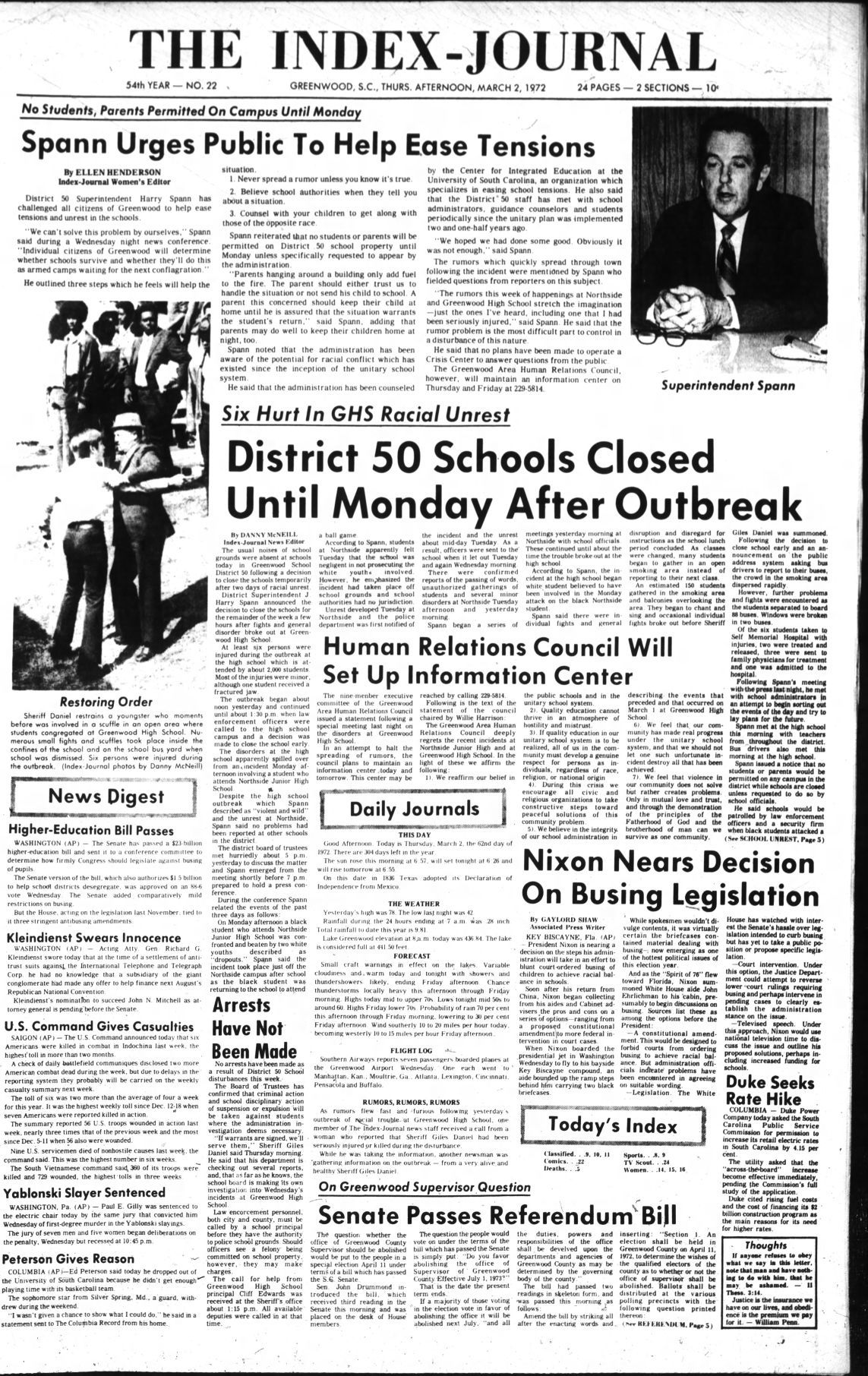 The front page of The Index-Journal on March 2, 1972 — one day after fighting and racial strife caused administrators to close Greenwood County School District 50 for the remainder of the week.

The front page of The Index-Journal on March 2, 1972 — one day after fighting and racial strife caused administrators to close Greenwood County School District 50 for the remainder of the week.

A boy was walking back to Northside Junior High School to attend a game when two 17-year-old boys, described by school officials as “dropouts,” attacked him.

News accounts don’t say what led to the confrontation, which happened 47 years ago today, but one detail is clear: the assailants were white while their target was black.

The school system took no immediate action after the attack, which happened nearly two years after Greenwood County School District 50 integrated, as it happened off campus.

The following day — Feb. 29, 1972 — unrest began at the school, where students were unhappy that no action was taken in the wake of the assault. Unapproved student meetings and disruptions caused officials to call police.

The situation came to a head on March 1, 1972, when black students at Greenwood High School attacked a white student they thought was involved in the Northside assault. Afterward, the school faced a number of disruptions and several fights broke out. Six students were injured, law enforcement was eventually called out and district administrators canceled school for the rest of the week. The district also expelled 23 students.

While the fight two days earlier was the immediate cause of the episode, J. Harry Spann, then the district’s superintendent, was quick to tell media that this had to do with underlying racial tensions going back to when the district integrated.

Greenwood was hardly alone. Similar strife was seen in schools in Richland, Charleston and York counties during the same span, with Gov. John West calling on students of both races to “cool it.”

After schools reopened, further fighting at Northside led to officers arresting three people at the school. No one was injured in those scuffles and no additional disruptions were reported. That same week, the two white boys who were involved in the initial fight were found guilty and sentenced to a $100 fine, a 30-day suspended sentence on payment of $80 or service of 30 days.

Part of resolving the tensions seen at Greenwood High in 1972 was allowing the students to choose the school’s mascot and colors. Green and gold had been the colors for what had long been the Greenwood Emeralds.

Write-in campaigns for adopting the Eagle as the school’s mascot and black, white and gold as the colors overwhelmingly beat options listed on the ballot. Students behind the campaign chose the Eagle because it represented freedom. The colors represented the schools that had been merged — gold had been a Greenwood High color, while white was a classic color at the recently closed Brewer High School, which had served black students. Using black and white in the school colors was meant to reflect the racial diversity at Greenwood High. Winners were announced on March 31 of that year.

While most students were satisfied with the changes, a number of parents and high school alumni were unhappy about them. One letter writer compared the changes to a man receiving a dishonorable discharge. “The only difference,” he penned, “is that Greenwood High School has not lost its honor, yet it is being stripped and treated in the worst kind of manner.” However, Spann said choosing a new mascot and colors, which had not changed from when Greenwood High was a whites-only school, was needed to ensure harmony.

This information came from the Index-Journal’s archives.

Do you remember? Were you there?

Send your recollections to us: letters@indexjournal.com. Please include your name, street address and daytime phone number for verification purposes. Letters should be limited to 250 words.

Long lines at Pro Bowl to get Jackson's autograph, picture

Firmino scores late to give Liverpool 2-1 win at Wolves