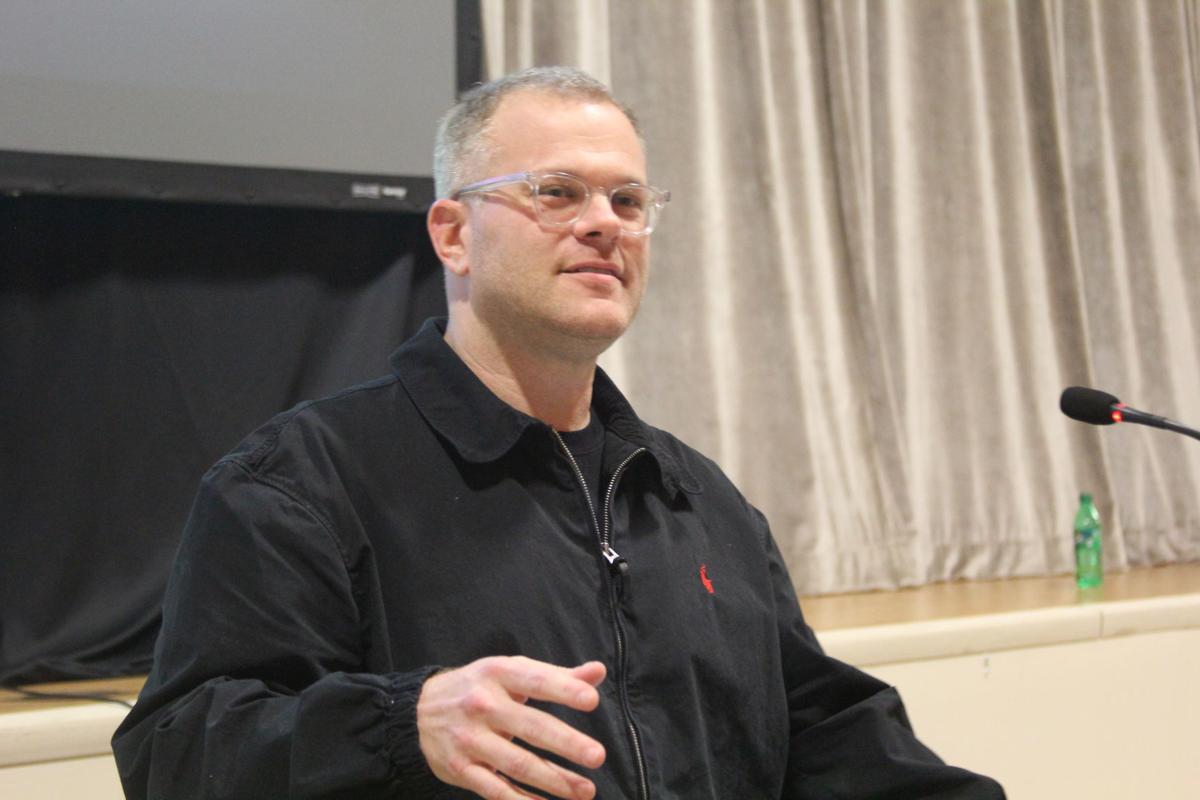 In 1999, Ryan Hampton was working as a young staffer to President Bill Clinton. Four years later, he was homeless and addicted to opioids. Now, he’s an activist and author who travels the country telling his story. 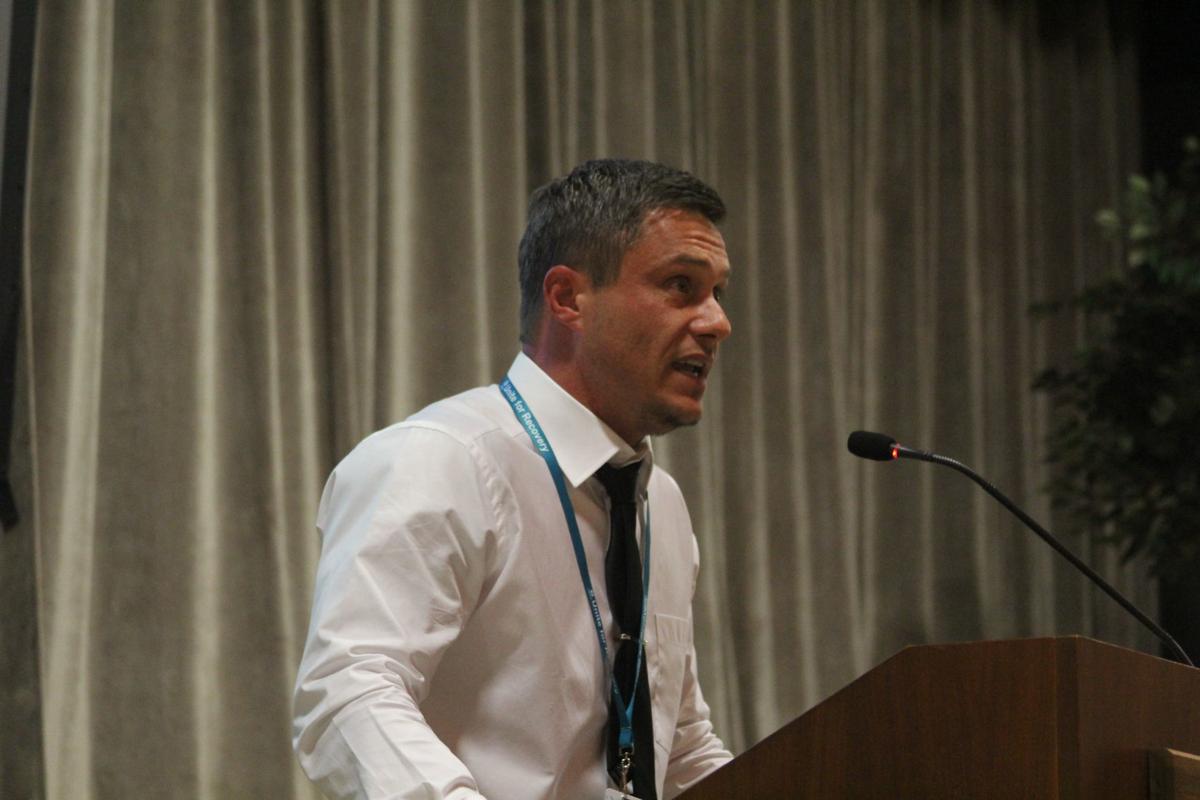 Brian Ready, founder of Oaks Recovery Center in Greenwood, led more than 500 people on Saturday in celebrating success stories as part of their journey back to sobriety. 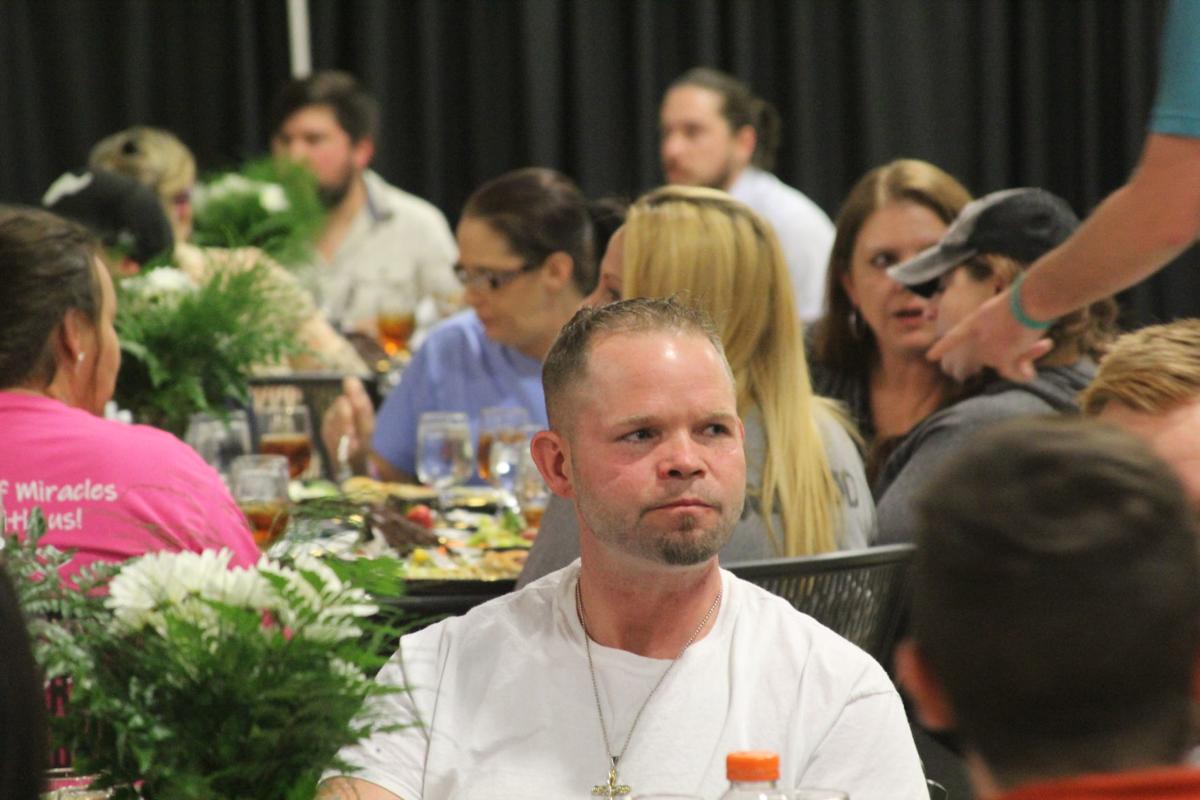 Jeff Moorer, a New Jersey resident who’s receiving services at Oaks Recovery Center in Greenwood, wants to share his story to inspire others who are seeking help from their own addiction.

In 1999, Ryan Hampton was working as a young staffer to President Bill Clinton. Four years later, he was homeless and addicted to opioids. Now, he’s an activist and author who travels the country telling his story.

Brian Ready, founder of Oaks Recovery Center in Greenwood, led more than 500 people on Saturday in celebrating success stories as part of their journey back to sobriety.

Jeff Moorer, a New Jersey resident who’s receiving services at Oaks Recovery Center in Greenwood, wants to share his story to inspire others who are seeking help from their own addiction.

Anywhere they saw a camera on Saturday night, Bailey and Moorer ran to it, flashing a grin – an occurrence that seemed unthinkable for both when 2019 began.

But they had reason to smile. Being in front of a camera’s lens for them was not a matter of vanity. It was a testament to survival.

Bailey, from Charleston, and the New Jersey native Moorer are a month clean from the drug abuse that controlled them and are now enrolled at Oaks Recovery Center in Greenwood.

“I’m only 30 days in, but I’m way happier than I ever was on drugs and I know I could trade that in for more misery at any moment,” Bailey said. “One thing I’ve learned over the years is that when you turn that addictive attitude into a positive, you can do great things.”

The men were among hundreds who gathered Saturday night at Piedmont Technical College’s Medford Events Center to take part in Unite for Recovery, an evening that celebrated success stories like their.

National industry leaders and celebrities were among the guests, including Jackass star and professional skateboarder Brandon Novak.

“My name’s Brian Ready, and I’m an alcoholic,” were the first words uttered Saturday by the founder of Oaks Recovery, looking out over a crowd of more than 500. He’s also a three-time father, a husband and a civic leader.

“When we first had the vision for this night, we knew that with what was happening in our community, we needed to begin starting to talk about this epidemic that’s happening not only in our country but right here in Greenwood, South Carolina,” Ready said. “You get people like us sober, and we can do amazing things.”

As overdose deaths – especially from opioids – continue to soar nationwide, so too does the cost. In November 2017, the White House Council of Economic Advisers pegged the cost of fighting addiction at $504 billion, or 2.4 percent of the gross domestic product, accounting for lost work productivity, crime and health care expenses.

Ready and Ryan Hampton, a nationally acclaimed speaker who worked under President Bill Clinton in 1999, said the narrative surrounding addiction is well established. The next step is de-stigmatizing recovery.

By 2003, Hampton was homeless and living on the streets of Los Angeles, destitute, near death and hooked on IV heroin and opioids. He’s been drug free since Feb. 2, 2015.

“Peer support like the support that Oaks Recovery offers saved my life. Yes, treatment allowed me to safely detox and get back on my feet from the constant, miserable hustle of my addiction, but I had access to housing, I had access to people who would help me, and that connection is what made the difference for me,” Hampton said.

“I can tell you the people in this room, whether you see yourself this way or not, you are all on the cutting edge of an emerging movement that is revolutionizing the way we see and talk and treat about addiction not just here in Greenwood, but across the country,” he added.

Less than a mile from the site of Saturday’s event is a billboard offering information for people who are struggling with addiction. Inside the Medford Center, those in recovery said faith is their greatest ally – whether through friends, or spiritually.

One man wore a T-shirt that said, “Dopeless Hope Fiend.” Another said “God is Dope.”

“You can go from a nightmare to a dream. I’m so blessed. I shouldn’t be alive,” Moorer said.

He acknowledged that his newfound sobriety is challenging, but it’s a life he’s ready to embrace.

“For me, it’s abnormal at the moment, to be honest. But before I started getting high, I lived a normal life, so it’s just kind of getting the training wheels back on.”

Last summer, Hampton and other activists staged the largest-ever protest in front of Purdue Pharma, a Stamford, Connecticut-based opioid manufacturer. The company has been named in several lawsuits claiming damages – including a pending one filed by Greenwood County officials.

“This is a company that profited over $13 billion from the death of my friends and my community and your community too, and we’re holding them accountable because we need to make sure that money that comes from those lawsuits goes directly back into communities just like Greenwood,” Hampton said. “When we work together, we can cause powerful change … We need to keep speaking out and reminding them this thing we call addiction and this thing we call recovery is not a theory, it’s real. We’re living it. We’re talking about us. We are not statistics.”

Ready said his ultimate goal is to be unemployed.

“Recovery is happening. We’ve got to get out of the shadows, this stigma of addiction has got to stop, and what we have to do is bring it to the forefront and start talking about this. It’s got to be done. It’s the dirty little secret, it’s the Joneses down the street, it can’t be my son or daughter. It is, you know, and that’s why we’re here. We’re here to put an end to it,” he said. “Maybe one day, we’ve got to shut Oaks down because there’s no one else to help. How awesome would that be? Then, I’d have to find a new job, and that would be great.”