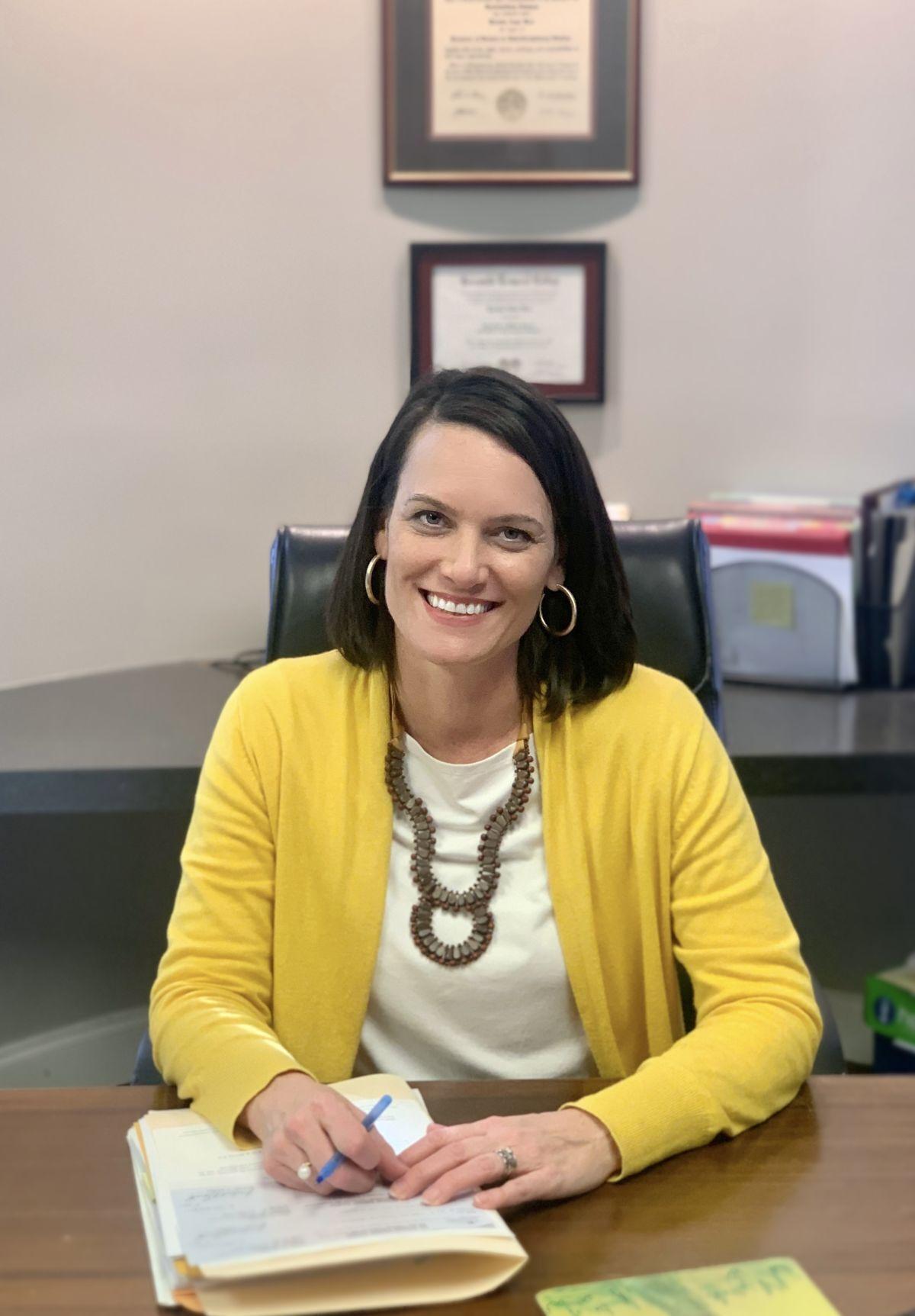 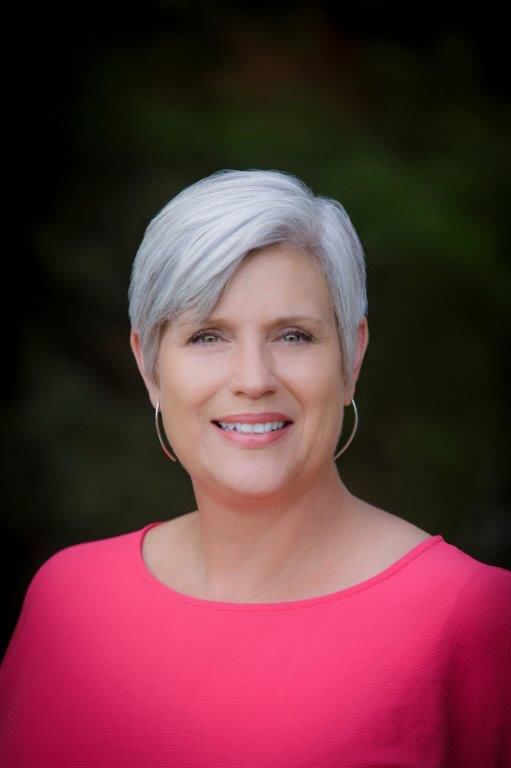 With hundreds of thousands American lives lost to COVID-19, the local legal community stresses the importance of having your legal affairs in order.

Take steps now to eliminate hurdles, in the event of an untimely death or serious health crisis.

Attorney Lena Y. Meredith and paralegal Kirstin V. Sherrer, both of Nicholson, Meredith and Anderson law firm in Greenwood, say they noticed a sharp increase in inquiries about legal documents in the summer of 2020, as novel coronavirus cases surged across the country.

Through phone calls, videoconferencing, socially-distanced meetings and even having you sign legal documents while still seated in your car, Sherrer and Meredith and working to meet clients’ needs safely during the pandemic.

Sherrer said they have received phone calls weekly from people with loved ones hospitalized or in isolation as a result of COVID-19.

“Do everything you can now, take steps, before you are unable to communicate about your wishes for beneficiaries,” Sherrer said, noting there are numerous legal professionals in the Lakelands with expertise to help. “COVID respects no boundaries of age or socio-economic status or health.”

Sherrer said one client unexpectedly lost a spouse to COVID-19 after Christmas. Sherrer and Meredith received permission from the client to share a bit of her story.

“This particular couple did not wait until they were in an emergency situation to get legal documents taken care of,” Meredith said. “They came in several years ago and were diligent about making sure it got done. The wife called me after Christmas to tell me her husband had died. He went into the hospital and never came out.”

The widow thanked Meredith, she said, and her team for helping the couple get their affairs in order, before it became an emergency.

“She said she had no idea that the day he went out the door of their home was the last day she was going to see him,” Meredith said, noting the man self-quarantined away from family for a time, before he was admitted to the hospital.

“She said it gave her great comfort to know their children and estate planning were taken care of, by having things in order,” Meredith said. “Having a road map there is such a relief.”

Meredith said they’ve encountered a number of situations where people have been hindered by not having necessary legal documentation in place.

“You can’t wait until someone is no longer competent to execute these documents,” Meredith said. “You need to do periodic reviews and updates at times of major family changes and health changes, to make sure the provisions you have made still apply.”

“Recently, the state of South Carolina has updated statutes for power of attorney and health care power of attorney,” Meredith said. “If, for example, you wish the person acting in your place to make a financial gift as your power of attorney, there has to be specific language in your document so that they are able to do so. It’s important too, to know where bank accounts are, and if they are designated on death to third parties or joint account holders.”

If you cannot afford a private lawyer, legal aid services are available throughout South Carolina and there are volunteer-manned legal clinics that can also help through the South Carolina Bar, Meredith said.

“We’ve had people on fixed incomes who have taken advantage of monthly payment options to get services they need,” Meredith said. “We like to have a comprehensive conversation and that includes getting a list of assets. That includes if they only have a percentage of ownership, such as a vehicle that is jointly-owned, or some type of retirement plan or anything that has a designated survivor.”

This comprehensive assets review should be done at routine intervals, before one faces serious health challenges, if possible, and updated accordingly, Meredith said.

“It’s important to look at all your real estate and how that’s titled, to determine if you hold it the way you want to hold it,” she said.

Updates should be made at times when there are major changes in a family, such as marriages, divorces, births, deaths, adoptions, retirements, plans for long-term care and even moves out-of-state, Sherrer said.

“For example, if you want to access someone’s lockbox at a bank, it now has to be specified in that person’s durable power of attorney,” Meredith said, noting this is a change in state statutes.

In South Carolina, if you are married and you die without a will, what your spouse receives upon your death depends on whether you have living descendants — children, grandchildren, or great grandchildren.

“But, that might not be the manner in which you want your estate to be distributed,” Meredith points out, noting without a will, you could inadvertently leave out a stepchild whom you care for very much.

Attorney Hannah K. Metts, of McDonald Patrick Poston Hemphill and Roper LLC in Greenwood, wrote via email that the firm has had to handle “situations created by the pandemic” citing individuals’ quarantine requirements, hospitalizations and temporary closure or limited availability of a business or government office.

“Planning we recommend, for any adult, not specific to the current pandemic is executing a durable general power of attorney, a health care power of attorney and a last will and testament, as part of estate planning,” Metts wrote.

Attorney Peter Manning with the Manning Law Firm, PA of Greenwood, said while he’s known people who have died from COVID-19, the virus does not seem to be a driving force behind requests for legal services.

In a number of states, 18 is considered legal age. A general durable power of attorney allows a college student to give another person, such as parents, authority to make financial/legal decisions on behalf of the student.

Likewise, a health care power of attorney can grant parents the ability to make decisions on a child’s behalf should he or she become incapacitated in a medical scenario. Otherwise, the Privacy Rule of the Health Insurance Portability and Accountability Act, or HIPAA, could get in the way of medical information being disclosed about a child of legal age, unless a HIPAA release authorizes it.

Manning said it’s good to think about personal key legal documents as a package deal. All are important and should be handled together, to be most effective.

“A will talks about what happens when you die,” Manning said. “So, it doesn’t do you any good for health care decisions or financial decisions during your lifetime.

With a rise in hospitalists taking care of patients in the hospital, as opposed to one’s primary care physician, Manning said fewer of his clients are opting for living wills, giving doctors the final decision on ending life support, particularly when hospitalists might be strangers to patients and their families.

With laws and requirements varying from state-to-state, Manning advises against online legal technology companies that help you create legal documents without necessarily having to hire a lawyer.

“The documents are only as good as the people who prepare them,” cautions Manning. “You might save a little money on the front end, but in the end, it could cost you a lot, if documents are not done properly. South Carolina has unique provisions in its law. If you do it yourself, you may wonder, ‘Did I do it right?’”

South Carolina’s Code of Laws has a section that deals with access to things such as social media accounts, Manning said, noting last wills and testaments and powers of attorney can specify the agent you designate can have access to those and use your passwords.

“My Facebook account is not worth anything, but for someone with millions of followers, there could be financial value to that. The person might want to designate beneficiaries for that when he or she dies,” Manning said. “Nobody wants to talk about dying. It’s hard to address some family issues, but it’s a whole lot better to address them while you are alive.”

From his perspective, Manning said it’s healthy to think about when you are not here and what’s going to happen.

“You prepare for dying just like any other trip you go on,” Manning said. “You wouldn’t go to Europe without making plans.”