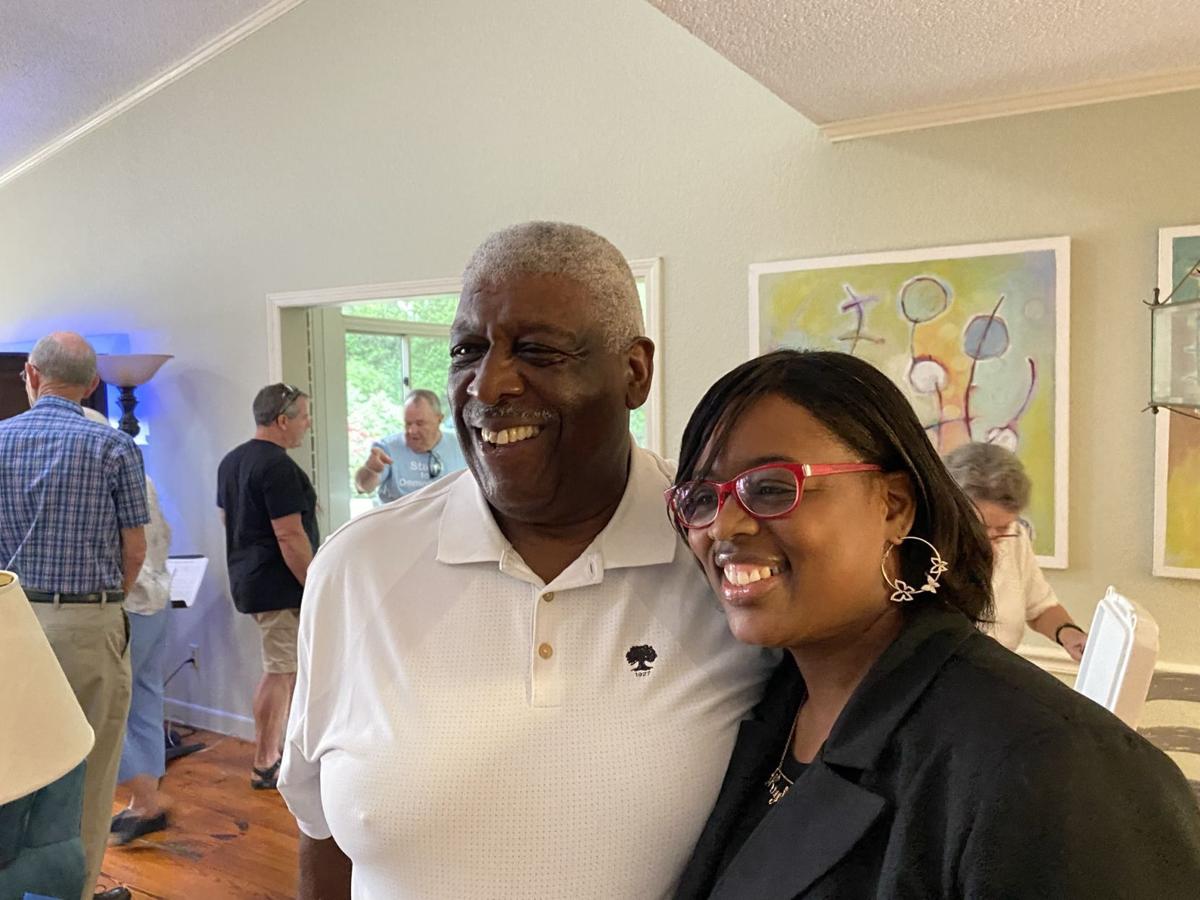 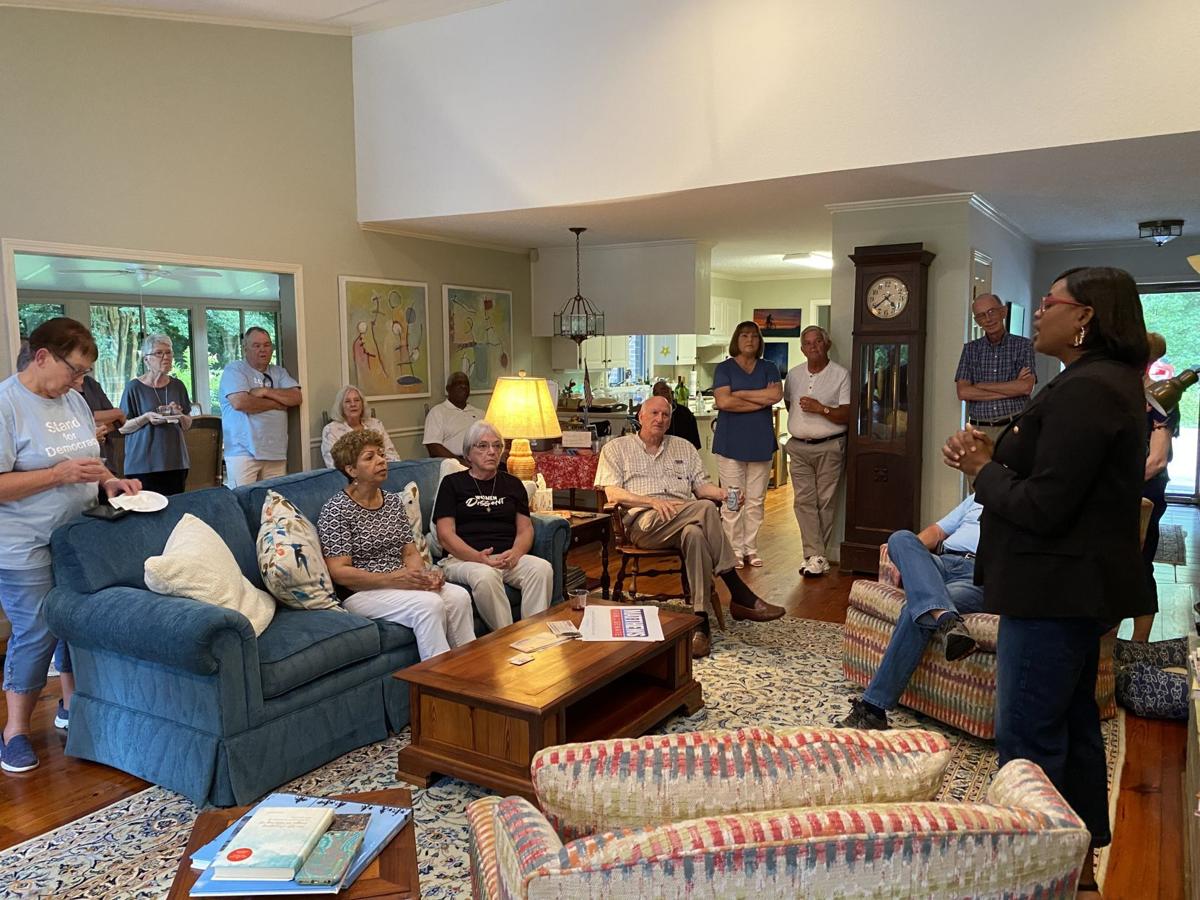 With the reputation for being one tough mother — a single mom of five children that is — state Rep. Krystle Matthews, D-Berkeley, is seeking to become the first female U.S. senator from South Carolina. But first, she has to defeat Republican incumbent Sen. Tim Scott.

Matthews, 40, visited the Lakelands on Thursday for a meet-and-greet at Suzy Holloway’s home in Greenwood.

“I don’t feel like the leadership that Tim Scott is showing us is real leadership,” Matthews said. “I don’t think it reflects our state as a whole.”

Matthews made her first trip Thursday to Greenwood for the event but promised a 46-county tour during the campaign. She said she wants to work on raising the minimum wage and credit score reform.

“Those are the things that nobody is paying attention to,” Matthews said.

She recounted the experience of buying her first home.

“I never saw myself buying a house without a husband.

While Scott has attempted work on police reform, Matthews said she has a few different ideas.

“We definitely need to deal with qualified immunity,” Matthews said. “You can’t avoid those hard areas just because it’s not politically expedient to do so.”

She said police reform is not something that you can just flirt with.

“You’re going to have to commit,” Matthews said.

Matthews, an engineering planner at Boeing, is from Sandusky, Ohio. After working for General Motors for a few years, she moved to Virginia before eventually landing in South Carolina in 2008.

A self-proclaimed nerd who likes math, Matthews said she is good at applying pressure which comes in handy in the statehouse.

Matthews was elected to the state House of Representatives representing District 117 in Berkeley and Charleston counties in 2018. She defeated incumbent Rep. Bill Crosby 53% to 46% in the general election. She was reelected in 2020 besting GOP challenger Jordan Pace by a 53% to 47% vote.

She was elected in 2018 besting an opponent with more than $51,000 in total contributions, according to the state’s campaign disclosure database. Mathews total: $440.

“She is really concerned about the people,” said former state Sen. Floyd Nicholson, who was among the 30 people who attended the event.

Nicholson said he is excited about her candidacy.

“We really need someone like her,” James Thompson, first vice chair of the Greenwood County Democratic Party, said.

Matthews serves as committee secretary for the Medical, Military, Public and Municipal Affairs Committee and secretary/treasurer on the Operations and Management Committee in the state House.

Matthews said while running for U.S. Senate she will also run for reelection to her House seat. A supporter of term limits, Matthews said she wants to focus on infrastructure and economic stability.

“I want working families to have a seat at the table,” Matthews said.

Mike Davis takes break as CEO to be US Open caddie

Dresse, Ledecky romp to wins at US Olympic swim trials