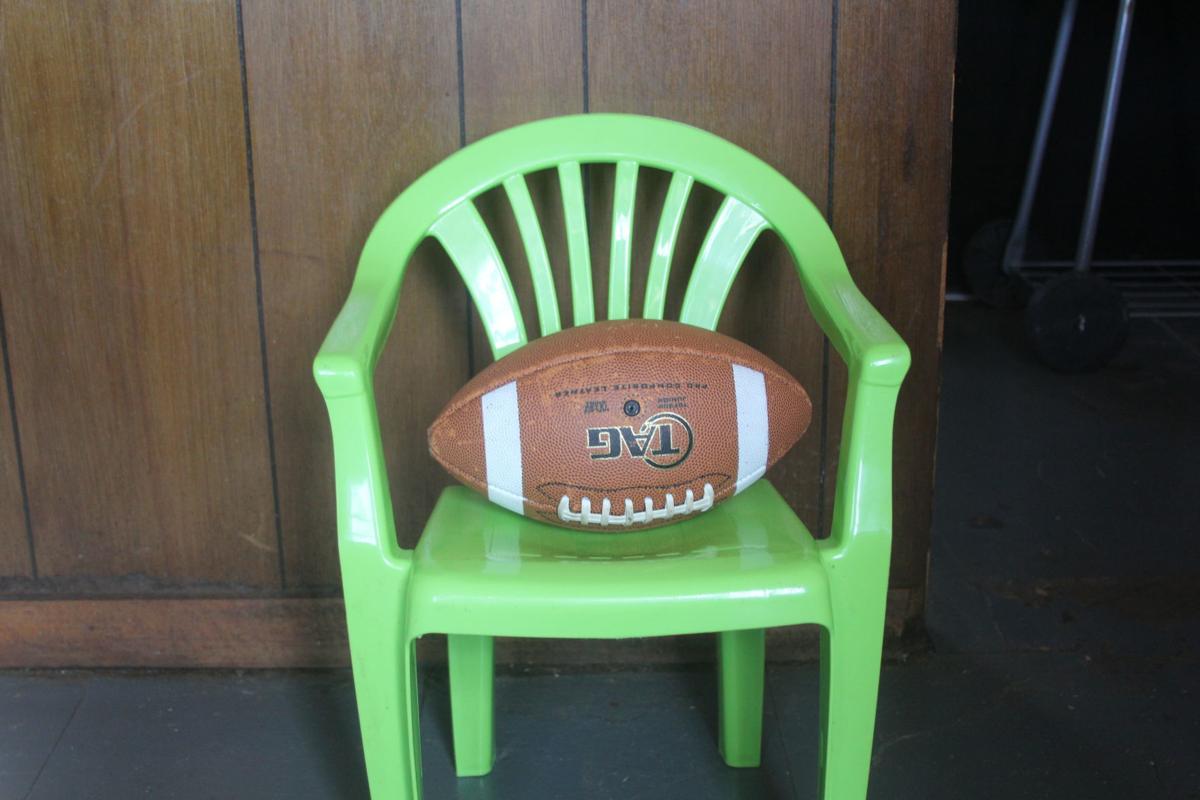 The chair Da’Moni would sit in and watch Carolina Panthers games with his father, Dexter Simpkins, now holds a football his father bought him. 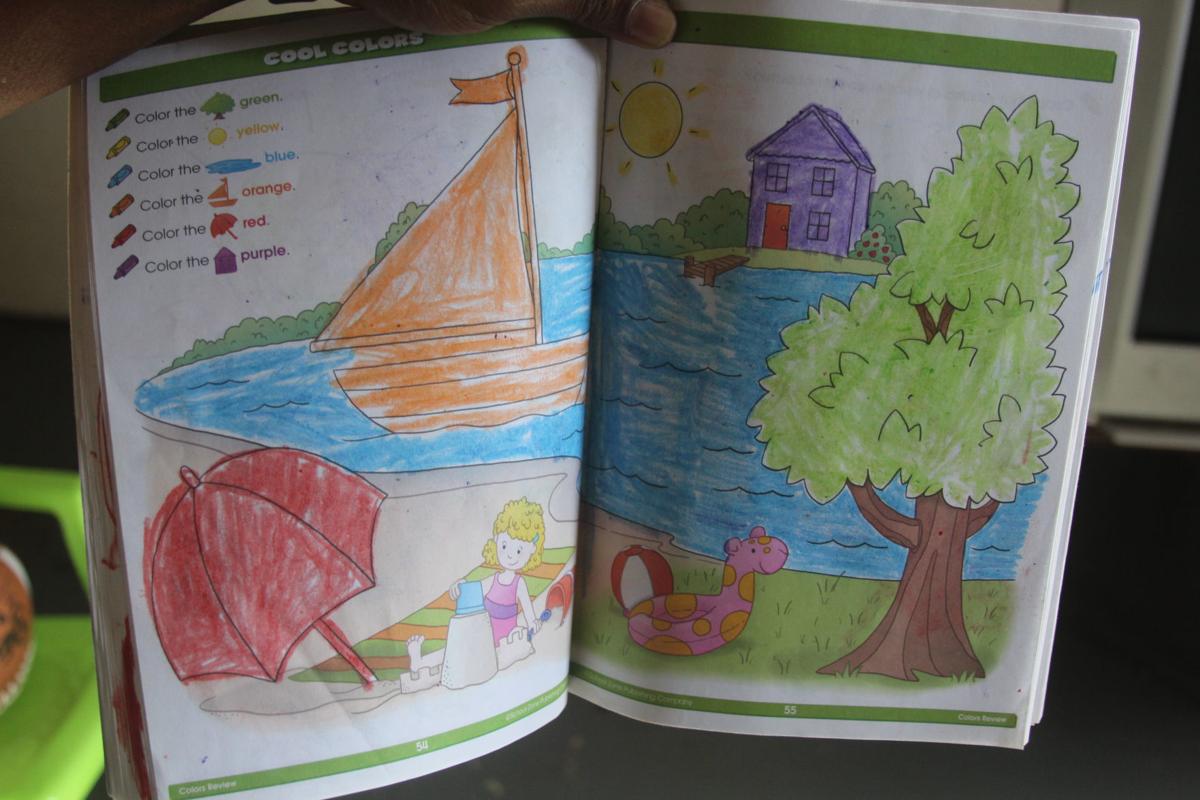 Da’Moni Simpkins enjoys coloring and this is the first page he ever colored in. 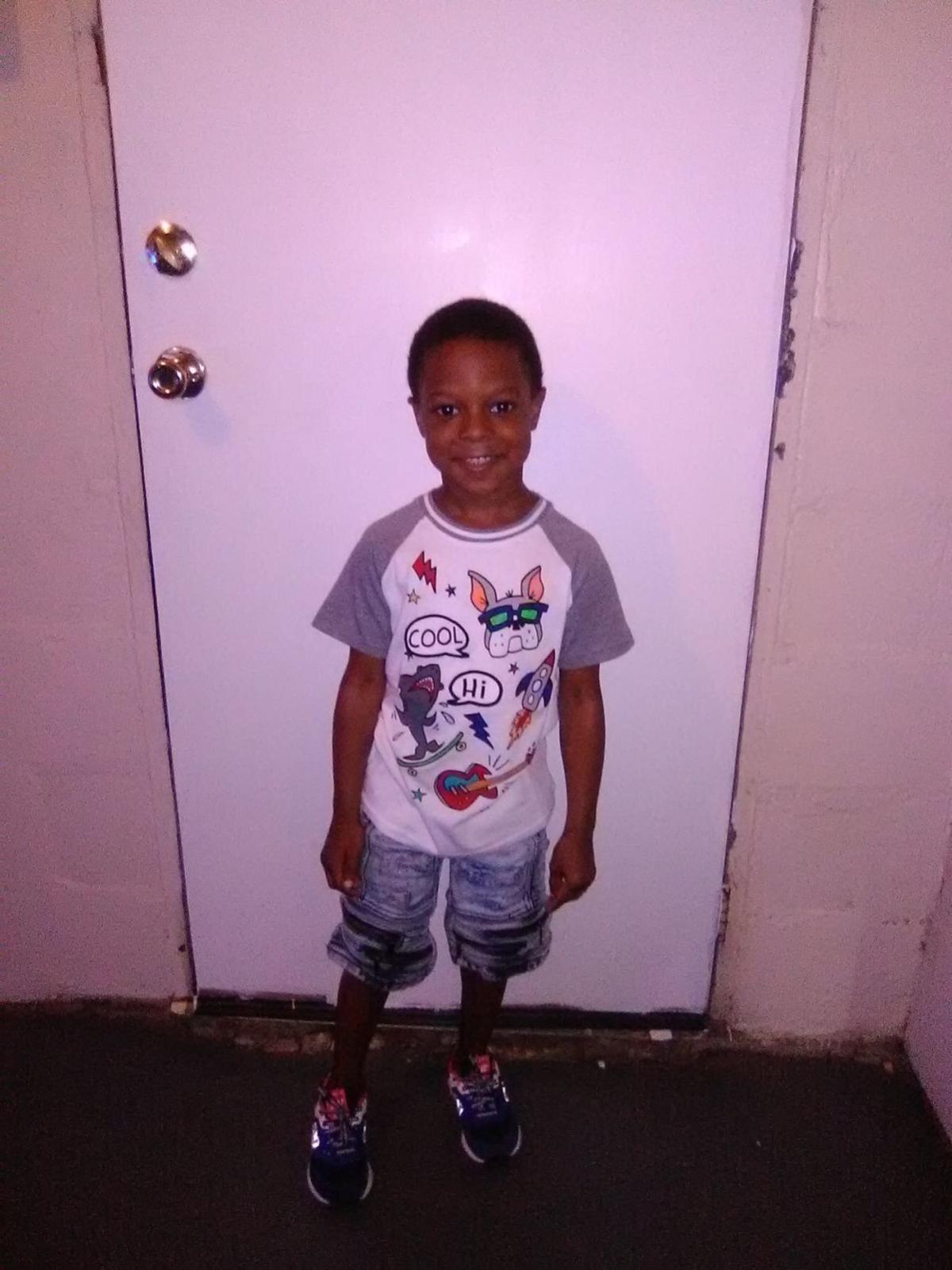 The chair Da’Moni would sit in and watch Carolina Panthers games with his father, Dexter Simpkins, now holds a football his father bought him.

Da’Moni Simpkins enjoys coloring and this is the first page he ever colored in.

Five-year-old Da’Moni Simpkins was involved in a near fatal accident on Halloween night, one that put him in a coma in a Greenville hospital.

Da’Moni, like most kids his age, went trick-or-treating to gather as much candy as possible, but he never got a chance to indulge in any of the sweet treats he had gathered that night. Da’Moni was struck by a van at about 7:40 p.m. along East Cambridge Avenue.

A bystander said Da’Moni was frightened by a resident while he was trick-or-treating at their house. He ran into the road where a driver of a 2006 Honda Odyssey hit him. The driver, 48-year-old Felipe Torres Aviles, was later arrested and charged with driving without a driver’s license.

Da’Moni suffered head trauma, respiratory insufficiency, a kidney injury, multiple fractures, a broken hip and cervical spine instability. A gastrostomy tube had to be inserted to assist feeding and he recently endured a tracheostomy to help with his breathing.

His father, Dexter Simpkins, said Da’Moni is doing much better.

Da’Moni’s no longer in a coma and he’s breathing on his own, but he does need assistance from a breathing machine at night. He’s also been going through physical therapy every day to help gain movement back in his arms, hands and feet.

The next step for Da’Moni is more physical therapy treatment in either Atlanta or Charlotte. Simpkins thinks his son will be able to come home and finish rehabbing in Greenwood, presumably in February or March. He is also considering moving to Greenville in the near future because Da’Moni’s doctors are there.

Simpkins and Da’Moni’s mother, Keisha Martin, aren’t together, but they’re trying to pull together to help their son recover.

“The next step for us is just to take care of him, love him and get him back to his regular self,” Simpkins said.

Simpkins remembers the night his son was hit. He recalls having a “funny feeling” that something was going to happen.

Simpkins, an employee at N&T Janitorial Services, stopped by Martin’s house before work to help his son get ready for the night.

Da’Moni was dressed up as a Ninja.

The misty rain and fog was not ideal weather for trick-or-treating, but to Simpkins’ surprise other kids were outside knocking on doors and collecting candy as usual.

“I ain’t think no kids was going trick-or-treating, that was my thought the whole night,” Simpkins said.

Simpkins left work immediately once he found out about his son, and the entire situation left him “messed up.”

Simpkins is not upset with Aviles, because he did help Da’Moni the moment he realize what had happened. While he does not hold any ill will, he does wonder why Aviles was going so fast on a night where the streets were filled with kids.

Halloween’s become a yearly tradition geared toward kids, and Simpkins thinks that adults should tweak the holiday so that it’s more contained and safer. He suggests kids go to churches to receive candy because it wouldn’t be dark and adults will be present to help watch over them. Simpkins also said bringing kids to the church would remove the demonic stigma that some associate with Halloween.

“I don’t understand the holiday itself – period,” Simpkins said.

Simpkins wants people to know Da’Moni is a respectable kid who is very smart, playful and filled with joy. He noted that his teachers and other kids in the neighborhood love him.

When Da’Moni visits his dad on the weekends, he sits down right beside him in a green chair. The two would watch the Carolina Panthers play every Sunday, and Simpkins was about to get Da’Moni more into playing football. He had just bought him a football that the two could throw around at the park near his house.

“He’s my little best friend,” Simpkins said. “I’m just thankful to still have my son here with me.”

Da’Moni’s mother started a fundraiser on Facebook so people can donate and help cover her son’s medical bills as he recovers.

French carmaker to evacuate workers from China amid outbreak