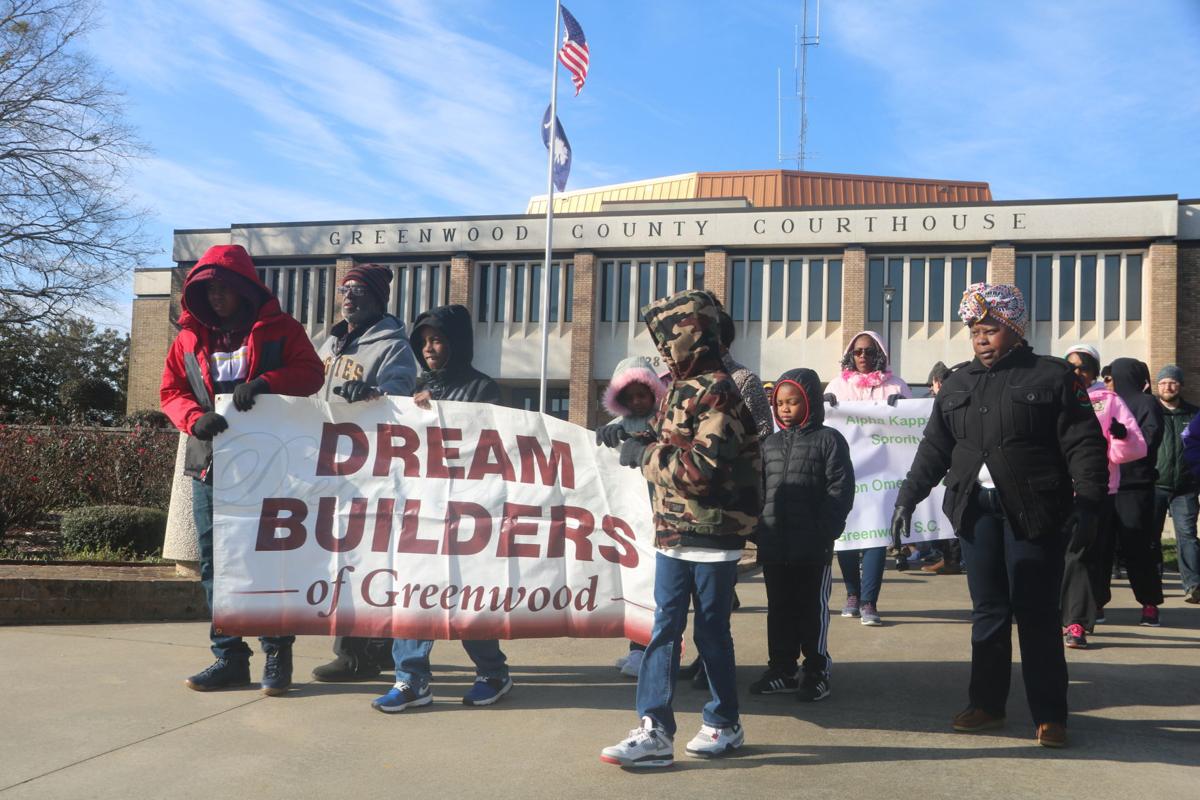 For the 16th year, people gathered Monday morning outside the Greenwood County Courthouse to march in honor of everything Martin Luther King Jr. stood for, and to keep his legacy and memory alive by continuing to fight for justice. 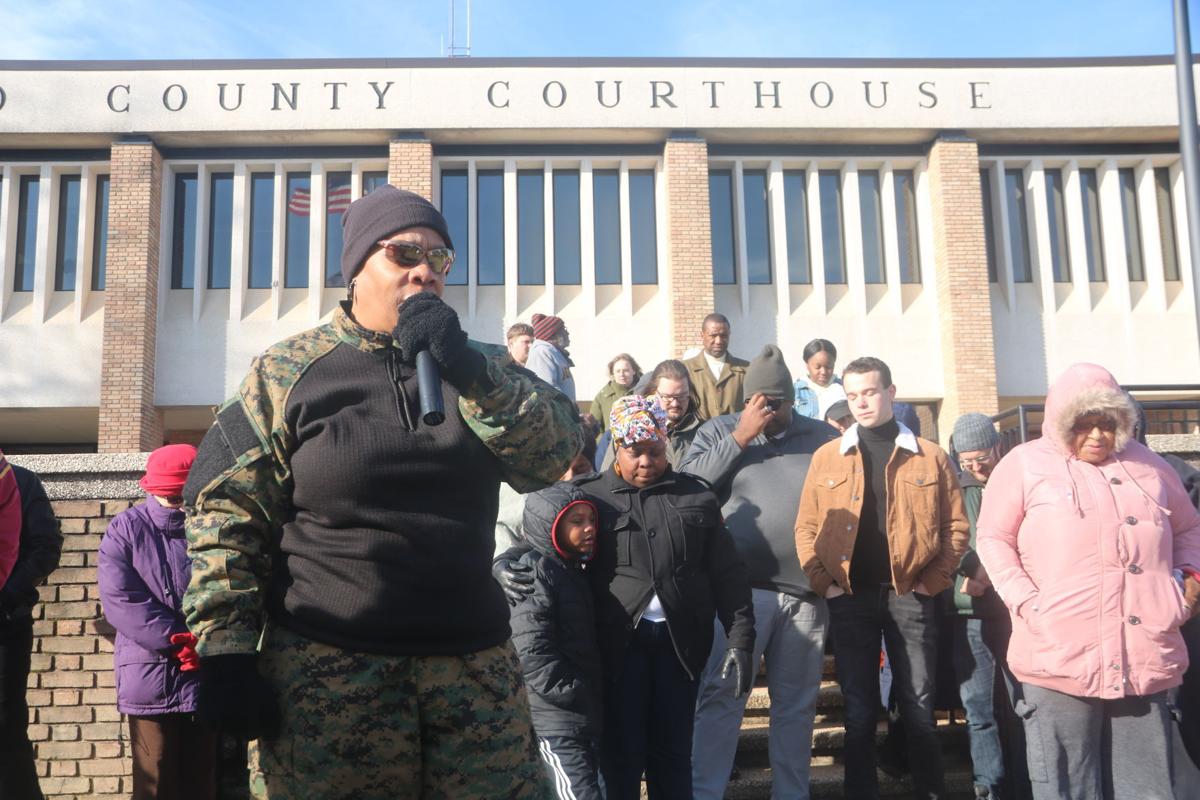 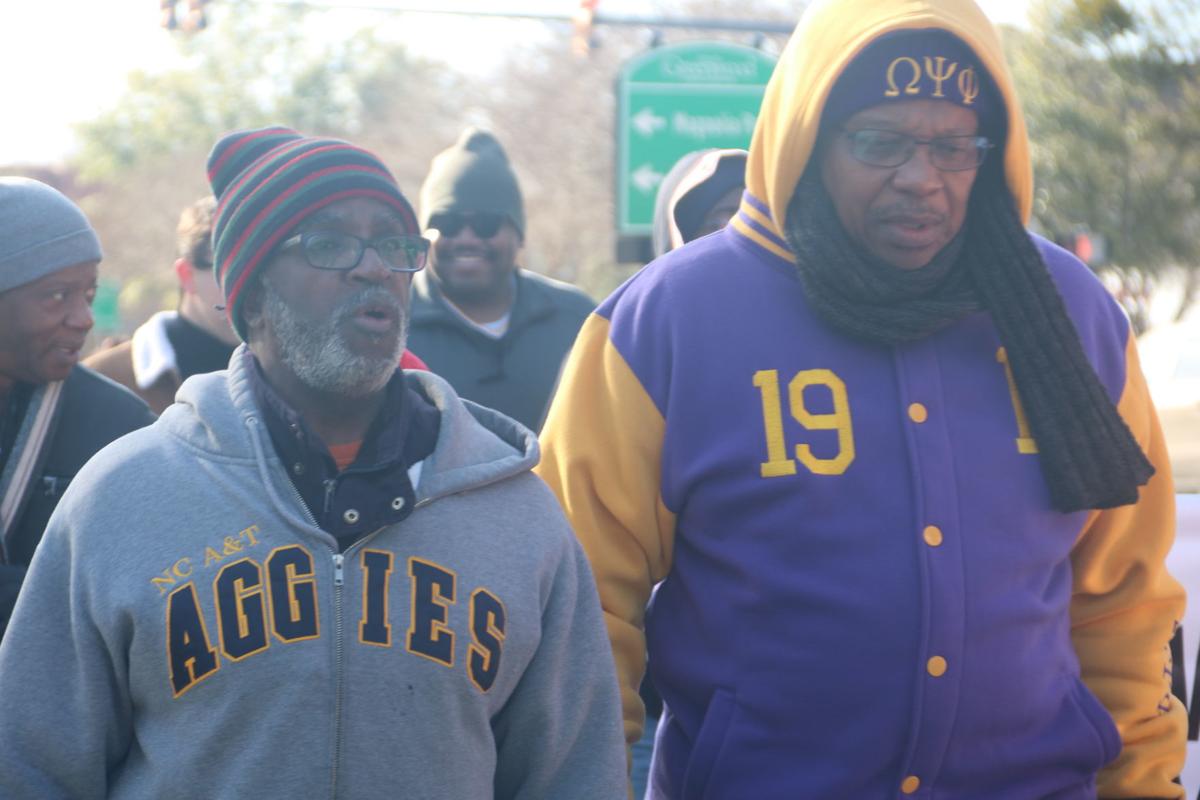 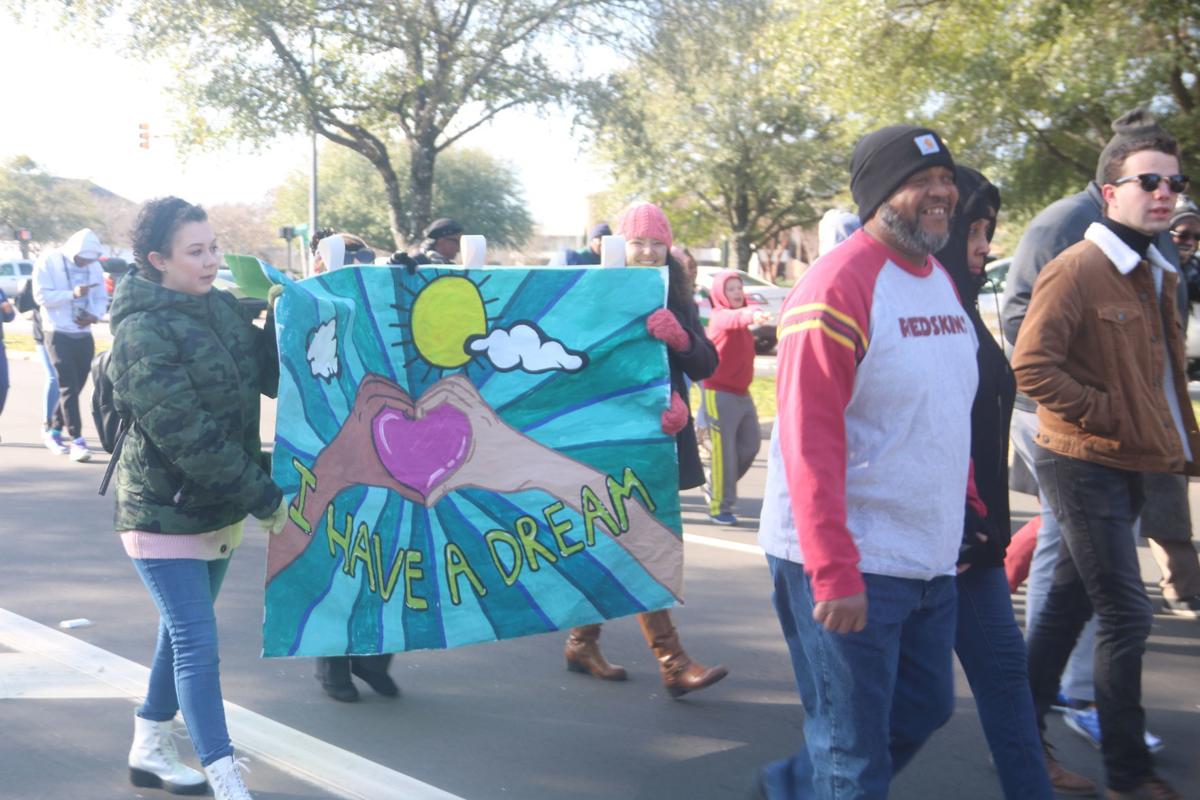 For the 16th year, people gathered Monday morning outside the Greenwood County Courthouse to march in honor of everything Martin Luther King Jr. stood for, and to keep his legacy and memory alive by continuing to fight for justice.

Biting cold couldn’t stop Greenwood’s unity-seekers Monday morning, as more than 50 people gathered at the Greenwood County Courthouse to march in memory of Martin Luther King Jr. and the legacy of the civil rights movement.

Donning hats, gloves and scarves, temperatures in the 30s didn’t deter the members of mentoring and educational group Dream Builders, or the dozens of others who came together to march for the 16th year in a row. People of all ages, creeds and colors came out to celebrate and learn from the history of the ongoing battle for civil rights and equality — and that diversity in the crowd is key, multiple marchers said.

“Our coming together is so critical,” said Suzy Holloway. “We’re not ignoring our differences, we’re celebrating them.”

For Annette Edwards, marching each year is a way of keeping King’s dream alive and recognizing that, as he said, injustice anywhere is a threat to justice everywhere.

“That’s why I keep marching, and that’s why we have to come together like this,” she said.

The marchers carried banners for Dream Builders, the Alpha Kappa Alpha Sorority and Greenwood County Diversity group. Staff from the Greenwood Arts Center marched with a painted banner of two different hands coming together to form a heart, with the words “I have a dream” underneath.

The route led people north through Uptown, with police stopping traffic for the march as it continued along Seaboard Avenue and onto East Cambridge Avenue to Weston Chapel AME Church.

After prayer, first up to the microphone was 11-year-old Jayce Little, a sixth-grade student at Brewer Middle School. In a speech he wrote, he said people have been marching in Greenwood for 16 years, and others have been fighting for equality and respect for longer, yet still today divisions run deep.

He said he’s heard racial slurs used and still sees prejudice as a daily obstacle for many — which is all the more reason to keep fighting for justice.

Charlotte Cabri spoke about the founding of the Greenwood County Diversity group. After the county library hosted an event series called “Let’s Talk About Race in America,” several people wanted to see the spirit of dialogue continued and expanded on. Cabri said that spawned the diversity group, which meets to have frank discussions on race, history and politics, and to try to better understand the varying opinions and backgrounds people bring to the group.

“In Greenwood, the conversation has begun,” Cabri said. “Let’s continue it.”

The diversity group meets at 3 p.m. the first Sunday of each month, at 502 Reynolds Ave.

City Councilwoman Betty Boles, whose ward includes Weston Chapel, was the only local elected official there Monday morning. She said for the past few years, Greenwood has been a community where people live in fear of violence.

“I don’t know what’s in the hearts and minds of those who choose violence. I think they’re cowards,” she said. “We need to start speaking out — speaking to our families, our children, our nieces and nephews.”

She urged people that if they see or hear of conflict that could lead to violence, to intervene and try to steer people toward peace.

Burton also spoke on local violence, saying how he’d want to sit down with the shooters in Greenwood to learn why they make such deadly choices and get to the root of the conflicts. He also spoke on national politics, deriding President Donald Trump and saying during his term that America has suffered from greater division and increasing racial and economic strife.

No matter what people believe, he said it’s essential that everyone registers to vote and makes it to the ballot box for national, state and local elections.

“Lindsey Graham, Jeff Duncan, all of them — meet them at the ballot box, put someone up against them and put them in the unemployment line,” he said.

President Trump goes on clemency spree, and the list is long

Manfred apologizes for calling WS trophy a "piece of metal"

Bloomberg to go face to face against rivals after ad blitz

Police: Girl, 6, was killed by neighbor who then killed self

Trump to visit South Carolina ahead of Democratic primary