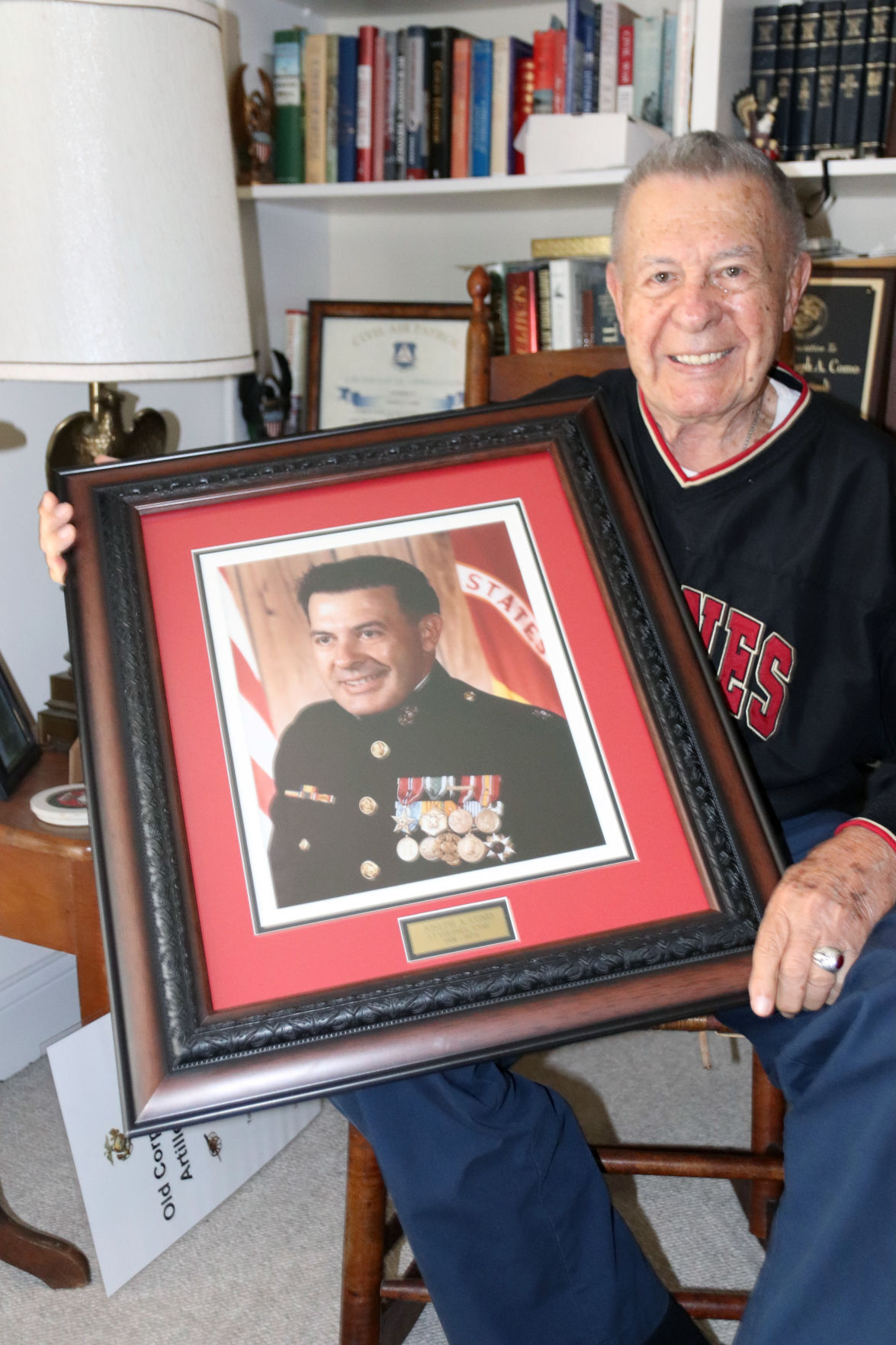 Retired Lt. Col. Joe Como, of Greenwood, holds a picture of himself given to him during his retirement from the Marines. 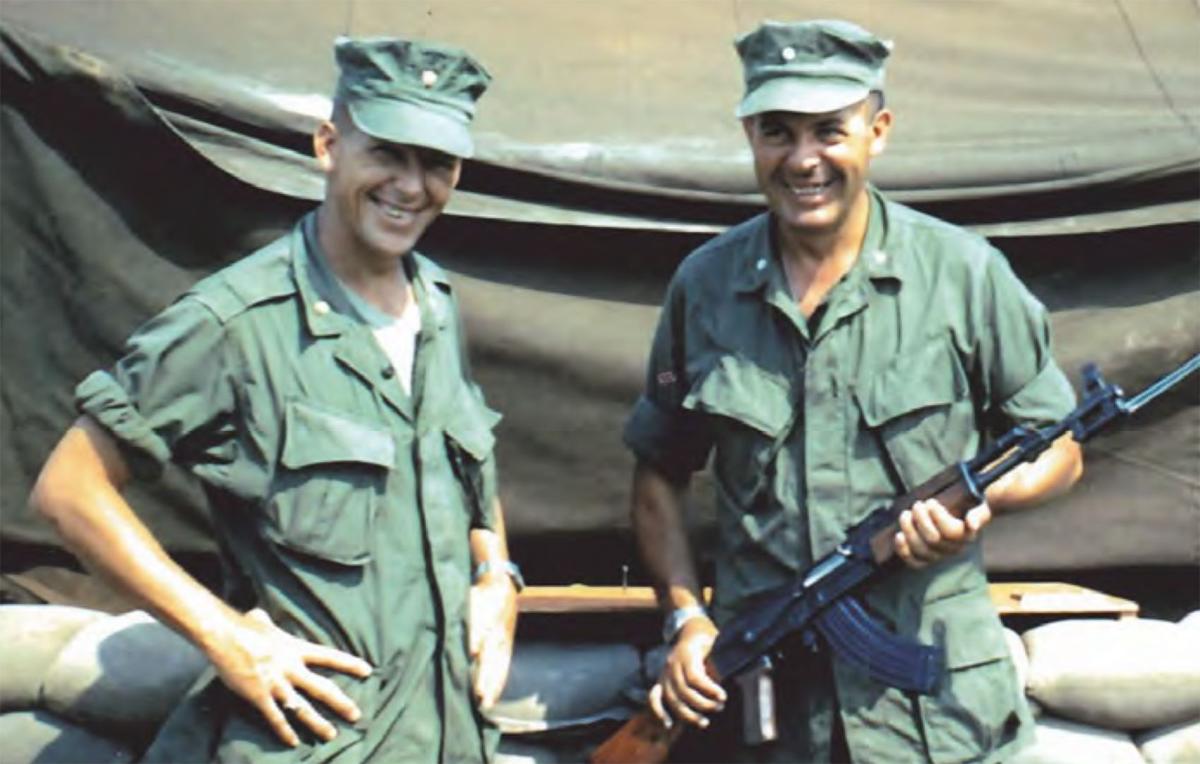 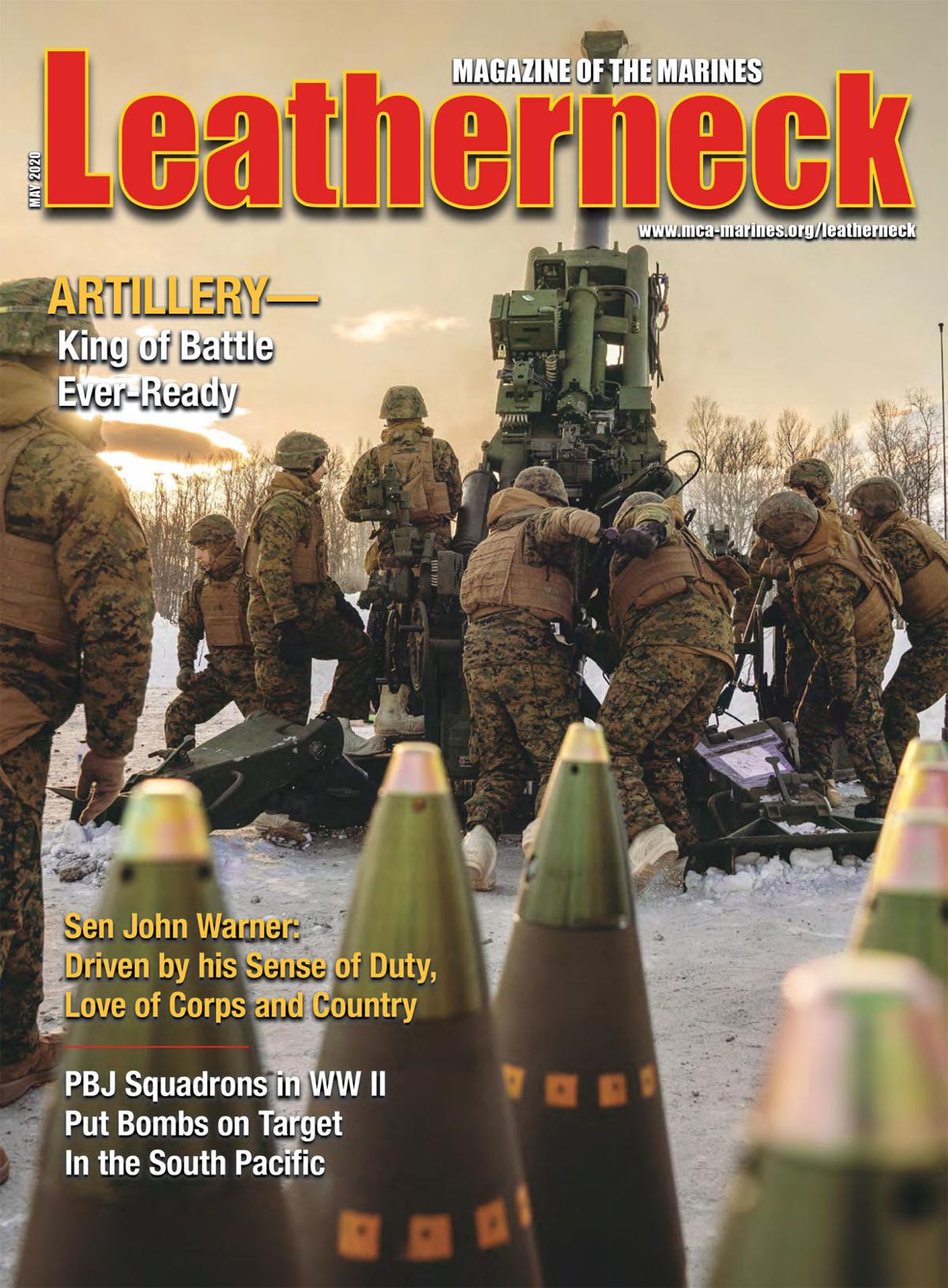 Retired Lt. Col. Joe Como, of Greenwood, was featured in the May issue of Leatherneck magazine.

Retired Lt. Col. Joe Como, of Greenwood, holds a picture of himself given to him during his retirement from the Marines.

Retired Lt. Col. Joe Como, of Greenwood, was featured in the May issue of Leatherneck magazine.

He choked up while talking about the men he served with during the war in Vietnam. He clinched his fist near his face to compose himself, then he continued.

"You know, with officers, you are not supposed to show your emotions," retired Lt. Col. Joe Como said while sitting in a room full of war memorabilia in his Greenwood home.

The 91-year-old remembers plenty of rubber body bags containing dead soldiers while on the airplane on his journey home from Vietnam.

“It’s what I trained for all my life," Como said of his role in the Battle of Dai Do. "I got a chance to do it. We did it well. I was so thankful to God that I was going to go home and see my kids grow up. These kids (in the bags), they aren't going to make it. It's something that will stay with me. It will always stay with me."

He also recalls arriving back in America after his service to chants of "baby killer." It was in stark contrast, he said, to the hero's welcome service members received following the end of World War II.

"In World War II, everybody was together," Como said. "Vietnam was very controversial."

Como served as the commanding officer of the 3rd Battalion, 12th Marines at the time of the Battle of Dai Do, which lasted from May 1-3, 1968. The then-38-year-old was in his fifth overseas deployment and third in the Far East.

Como was in charge of the artillery, which provides fire suppression support for infantry regiments.

Maj. Gen. James Livingston, commander of Echo Company, 2nd Battalion, 4th Marine regiment, said in a letter that "the intensity of the struggle could not be underestimated."

Livingston wrote, "Without Joe Como and his artillery, I would probably not be writing this letter."

It wasn't until many years later that Livingston learned Como was responsible for the lifesaving fire support missions he said led to the victory at Dai Do, which was in the vicinity of the Quang Tri province of Vietnam.

"Without the on-time, on-target artillery support from the 3rd Battalion, 12th Marines, many of us Marines and sailors would not have survived the battle," Livingston wrote. "In fact, I doubt that we would have won, and the entire province would have most definitely fallen into enemy hands, altering the military strategic and tactical equation and the public perceptions of our presence in South Vietnam. The political implications would have been irreversible."

Como received no specific honors for his successful support during the battle; however, in May of this year, Leatherneck, a national magazine for Marines, featured Como in an article about the battle — and about his pivotal role.

Como keeps the article in a binder, along with several letters and reports about his role in the battle. It's a small part of a vast collection of war memorabilia in his home. He is a war history buff, and his home is filled with not only Vietnam memorabilia, but lots of Civil War historical items.

One writeup in Como's folder said he was "everywhere during the course of the Dai Do battle." It says he instilled confidence in his artillerymen by "his presence and steadfastly urging them on."

Como also recommended novel harassing and interdiction artillery battle plans based on military intelligence, which a lieutenant general in the Vietnamese forces called "extremely effective" some 30 years after the battle.

"I never gave somebody an order I wouldn't do myself," Como said.

Col. W.H. Cuenin, chief of staff of the 3rd Marine Division, and Maj. Gen. Raymond Davis wrote at the time of the battle that "during the reporting period, his (Como's) battalion delivered devastating and accurate fire in direct support of infantry units during some of the most difficult fighting ... His battalion kept mobile and responds to direction to displace. Lit. Col. Como is aggressive, yet calm and collected. Despite the fact the battalion is spread wide, he fulfills all administrative and logistic requirements, and his unit has an excellent maintenance record."

Como was a 1967 graduate of the Marine Corps Command and Staff College at Quantico, Virginia, and a two-time graduate of the Army Artillery School at Ft. Sill in Oklahoma. He previously commanded the 105mm artillery batteries in the 1st, 2nd and 3rd Marine divisions.

He remembers the night presidential candidate Sen. Robert Kennedy was assassinated. Como, in Vietnam at the time, juxtaposed how the word would always remember the day Kennedy died, but, for the young men going home in body bags, few would ever remember. It's something that caused him to reflect on his fellow Marines and the sacrifices they made.

Como spent three years at the Marine headquarters after returning to America. He taught at the Command and Staff College for three years until he retired in 1974.

The military wasn't the direction Como originally planned for his life to go.

"I always wanted to be a history professor," he said. "I was always thinking historically."

He attended Williams College in Williamstown, Massachusetts. He went out for the football team and broke his leg. His left ankle was in a cast for nine months.

"I was hopping around campus on crutches," Como said. "I knew I had to get there early because of the stampede of students. So, I was always an early bird to get there."

The head of the history department at Williams College was a lieutenant in World War I.

"My objective when I started the school was to be a high school history teacher and a basketball coach," Como said.

But Como remembered a time when he was working for a highway crew while still in college. Four of the five men working took a break and told each other Army stories while the boss was gone. One man, a Marine, kept working. That man told Como that, as a Marine, he had a job to do and he was going to do it. That impressed Como, who decided the Marines instead of the Army would be his course.

He was sent to Parris Island for boot camp.

"I was one of only three enlistees," Como said. "The rest were all draftees."

He graduated from boot camp and then went to sea school for a month in Portsmouth, Virginia. He spent 18 months as an enlisted man, six of which were at sea in various locations. He then went to Quantico for officer training.

"It's like going through boot camp again," he said.

He was commissioned as a second lieutenant in December 1952. He went home on a 10-day leave and proposed to his then-girlfriend. He received his infantry training there before going to Fort Sill to train in the Army artillery school.

From there, he received orders to go to Korea. He was involved in field artillery during the Korean War, but got there about three months after the armistice was signed. He first spent time training in Japan.

"We were training in Japan to go to Korea, then the shooting stopped," Como said.

He served until 1954 before going home to see his child and wife in San Clemente, California.

"He (his son) was 9 months old when I saw him for the first time," said Como, who was due to leave service but was talked into becoming a regular Marine by a colonel who promised him a job as battery commander at Camp Pendleton.

He then got orders for recruiting duty in Boston, where he spent three years. He later went to Camp Lejeune, North Carolina, where he joined the 2nd Marine Division and had command for another battery. He spent seven months on a ship in the Mediterranean Sea and on training missions in the area. He returned to Camp Lejeune, then was sent orders to go to Okinawa for 13 months. During that time, the Cuban Missile Crisis took place. The Marines sent him to the Suez Canal to back up the forces on the Mediterranean side.

"By the time we got to the Philippines, it was all over," he said of the Cuban Missile Crisis. "They landed us in the Philippines and we trained there for a six-week period. That turned out to be great because they had all that ammunition still there for World War II."

He returned to California for three years, then went to Quantico, where he graduated in 1967.

"Half of our class at the Command Staff College had just come back from Vietnam, and the other half knew we were going," Como said.

It was in Vietnam where his experience and reality met. The Battle of Dai Do would be the highlight of his career.

Even at 91, he still has all the memories, though.