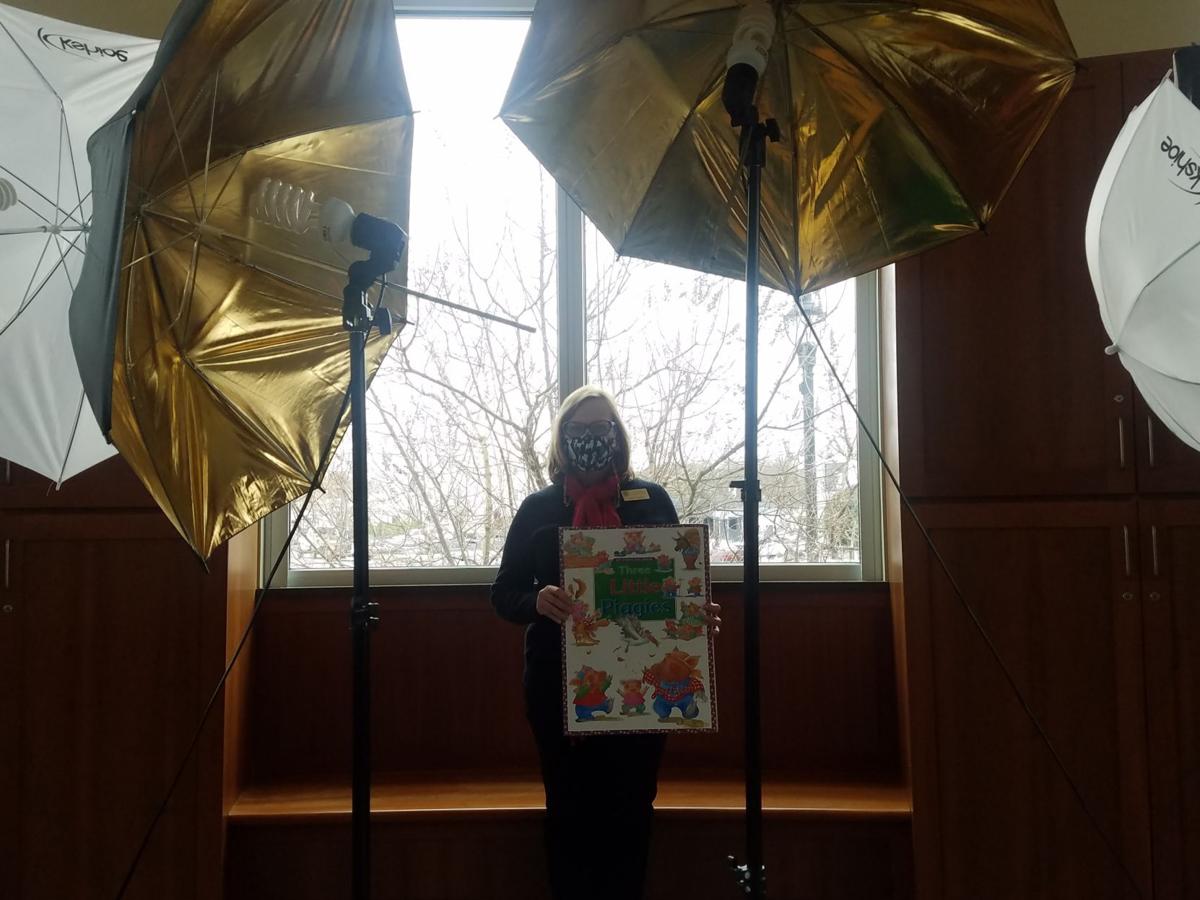 Reflective lights hide just behind the camera’s frame when Jody Gable, Greenwood County Library System’s children’s services coordinator, is filmed doing her story read-alongs for children who can’t gather at the library for a story because of COVID-19. 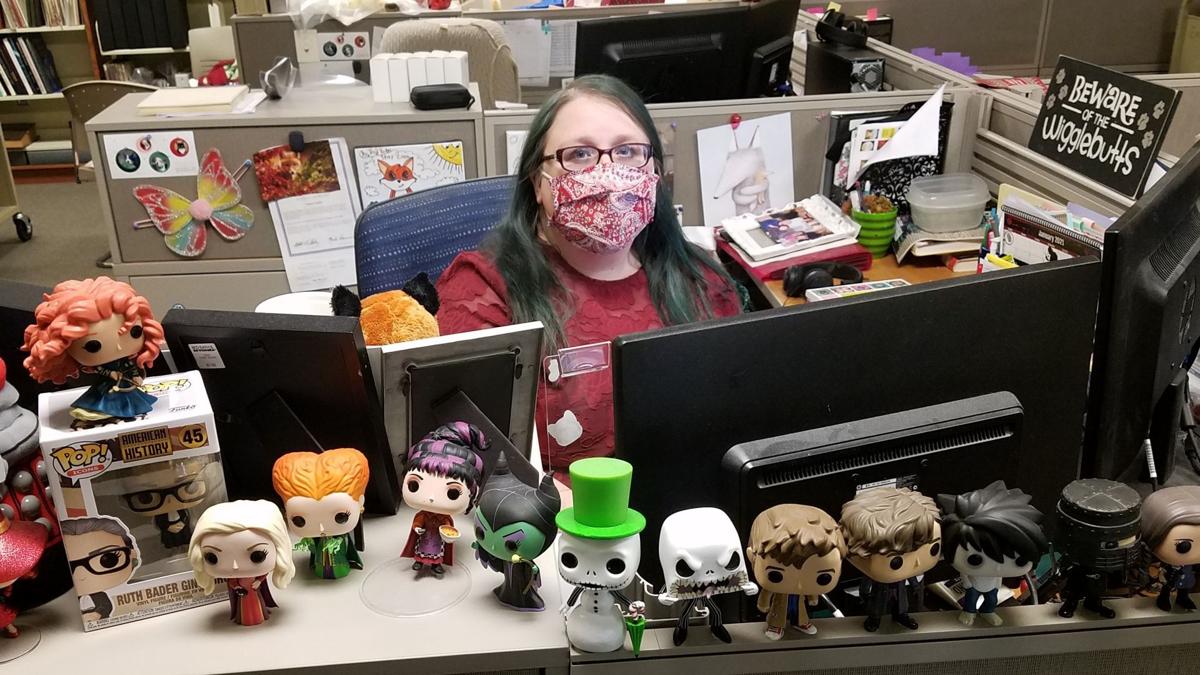 Behind a row of figurines, Jessica Howard works to edit and produce the educational and entertaining videos that go up as virtual programming for the Greenwood County Library System.

Reflective lights hide just behind the camera’s frame when Jody Gable, Greenwood County Library System’s children’s services coordinator, is filmed doing her story read-alongs for children who can’t gather at the library for a story because of COVID-19.

Behind a row of figurines, Jessica Howard works to edit and produce the educational and entertaining videos that go up as virtual programming for the Greenwood County Library System.

There’s little shushing going on at the Greenwood County Library these days.

Where once programming for children and families of all ages drew in little laureates to sift through the stories, enjoy a puppet show or do crafts, the coronavirus pandemic brought all this in-person activity to a halt.

Displays that once enticed people to grab a hold of books they were unfamiliar with were pared back to reduce the amount of near-constant cleaning required. Even the furniture that dotted the first floor, creating cozy corners to sink into with a book, are now spartan.

But being apart hasn’t put a stop to the staff’s passion for educating and enriching children’s lives — it’s just moved some of that effort online. By September 2020, the library had online programming in the form of story readings, craft videos, STEM learning exercises, book recommendations and more. Now, after a brief break during the holidays, the library staff is ready to continue bringing movie magic to the stories they share.

In spring 2020, the county library system’s now-Teen Services Coordinator Jessica Howard had attended the national Public Library Association Conference. There, she had learned a lot about video production and online programming, which came in handy once COVID-19 forced many people to forego their usual gatherings.

“It was such a quick decision with Jessica, to get to do our regular story time, just virtual,” Gable said. “It is a hard time, though, because it is hard to keep the creativity going without feedback from the kids.”

Video programming turned the library’s iconic rotunda from a space used for puppet shows and read-alongs with a group into a production studio. Green fabric draped over shelving units or on projection screens created green screens Howard could use to put the librarians in any setting she wanted through video editing — from reading about dragons in front of a mystical forest to doing sing-alongs in a cartoon music studio.

Reflector lights sit just behind the camera stand’s view to light the shot well. Instead of doing video uploads live, Howard said she records the library staff doing their videos ahead of time, so she can edit any bloopers and add her after-effects.

In the absence of a live audience, however, it can feel a little silly reading a children’s book to yourself while being recorded. Gable said she’s had a number of bloopers of her own, and it can be tough to muster up the energy you have when reading to a group of children when you’re really only reading to the camera.

“It seemed so easy to be creative when you’re getting that feedback,” Gable said. “Without the patrons, it has been hard.”

But each member on the staff has a role to play in getting the virtual programming where they want it to be. Gable’s background is in education and working with young children, but others bring in experience from STEAM learning, theater, puppetry, crafts and music, to keep the videos well-rounded, entertaining and educational.

“I have to be there to pump them up and get their energy up,” Howard said with a laugh.

Staff from the Ninety Six and Ware Shoals library branches also come to work with Howard, to develop videos with their own staff. She said it serves as a great way to get people involved with the library at a time where they might not want to come in as often.

“Right now we have all these people who don’t come into the library and see what we do,” she said.

The library is still open, operating Monday through Friday, 9 a.m. to 5:30 p.m. To view previous video content from the library system and keep an eye out for new videos, subscribe to the Greenwood County Library Children’s Room on YouTube at bit.ly/39i2aWQ. The library is online at youseemore.com/greenwood, and on Facebook as Greenwood County Library System and Twitter as @GwdCoLibrary.