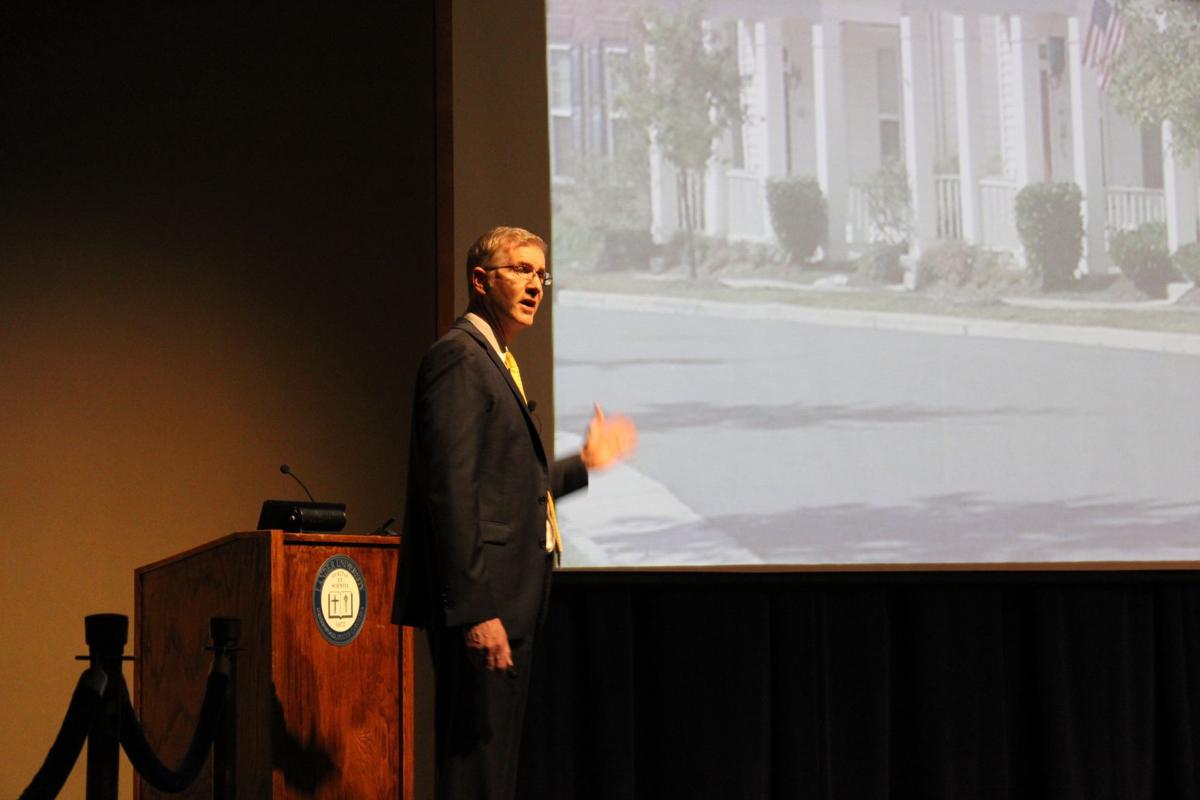 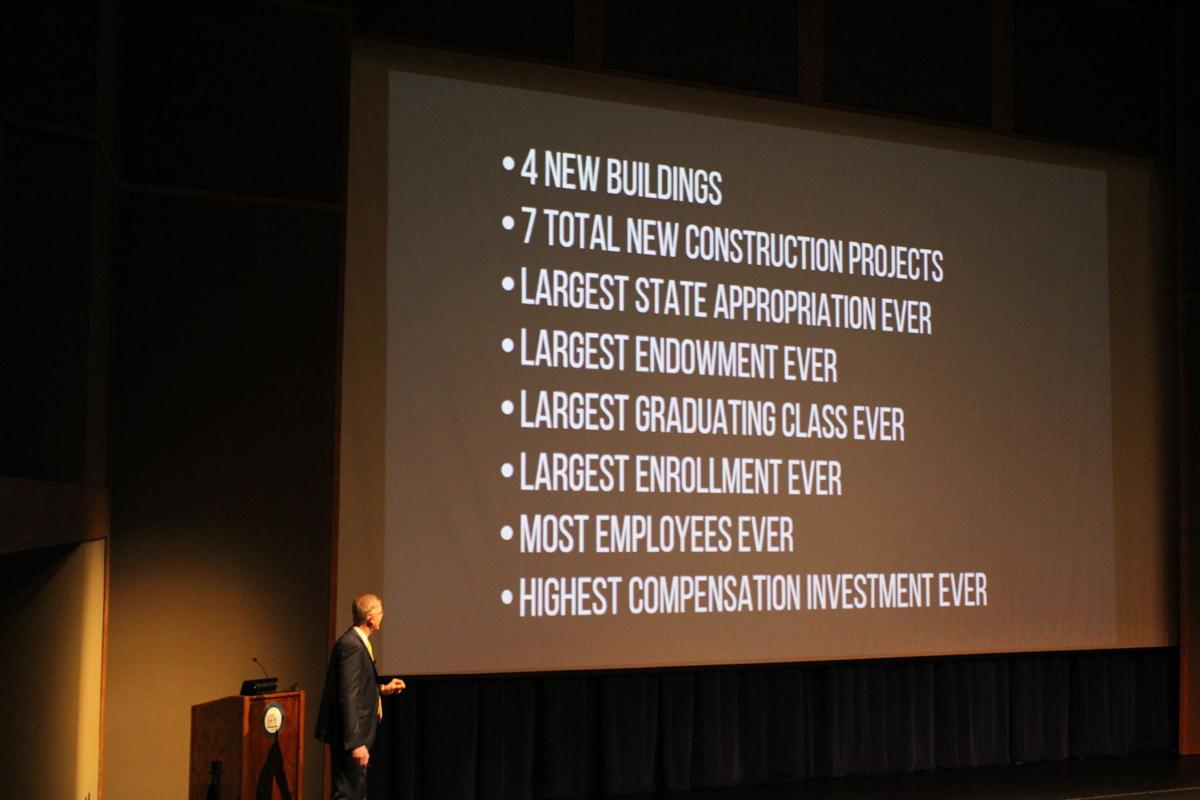 Lander President Richard Cosentino goes over the high points of the state of the university.

Lander President Richard Cosentino goes over the high points of the state of the university.

Lander University is “the place to be.”

University President Richard Cosentino reiterated the point many times Monday during his State of the University address.

The 149-year-old university has boasted continual growth in recent years with enrollment rising from 2,701 in 2015 to 3,839 this fall. Lander grew last year at a rate more than all other state universities and colleges combined.

“Our growth is exceptional, it’s overwhelming,” Cosentino said. “Sometimes I look at these numbers and I’m just blown away by us. This is the place to be. If you are a student you want to come to Greenwood to come to Lander University.”

While enrollment climbs, tuition has remained the same, frozen for seven years.

Cosentino said the school’s board of trustees cares about the cost of education. “They want a quality education but they don’t want our students graduating with a whole bunch of debt,” he said. “And they were the first to lock up tuition and they locked it up for going on seven years.”

He said the board is expected to vote during its meeting today to continue the tuition freeze.

Cosentino talked about the growth in faculty and compensation that has come with rising enrollment.

The funds allocated to Lander by the state legislature this year include funds for a new nursing building and more than $11 million for maintenance and renovations. The total appropriation for Lander from the General Assembly is more than $17.7 million.

The maintenance and renovation money will be used for such projects as elevators, sidewalks and roofing.

Multiple campus facilities will be receiving an upgrade — a new venue around the campus pool is in the works, an update to the Chipley Hall traffic circle is coming down the pike and there are renovations to the iconic bell tower at Laura Lander Hall being planned, among other things.

Cosentino spoke on managing growth, and how growing pains such as limited parking availability, dining and residential space will be addressed.

To wrap up, Cosentino talked more about the future. His priority request to the General Assembly this coming year will be for a new library that will be “packed with technology, packed with meeting space and space for kids by themselves to study.”

“It’s going to be really amazing,” he said.

He said the idea is to build a new library and convert the current library building into a classroom and laboratory building.

“Because with all this growth, we need space,” he said. Constructing from scratch a building like the current library would be very expensive, he said, but building a new library and renovating the current building would be more cost-effective.