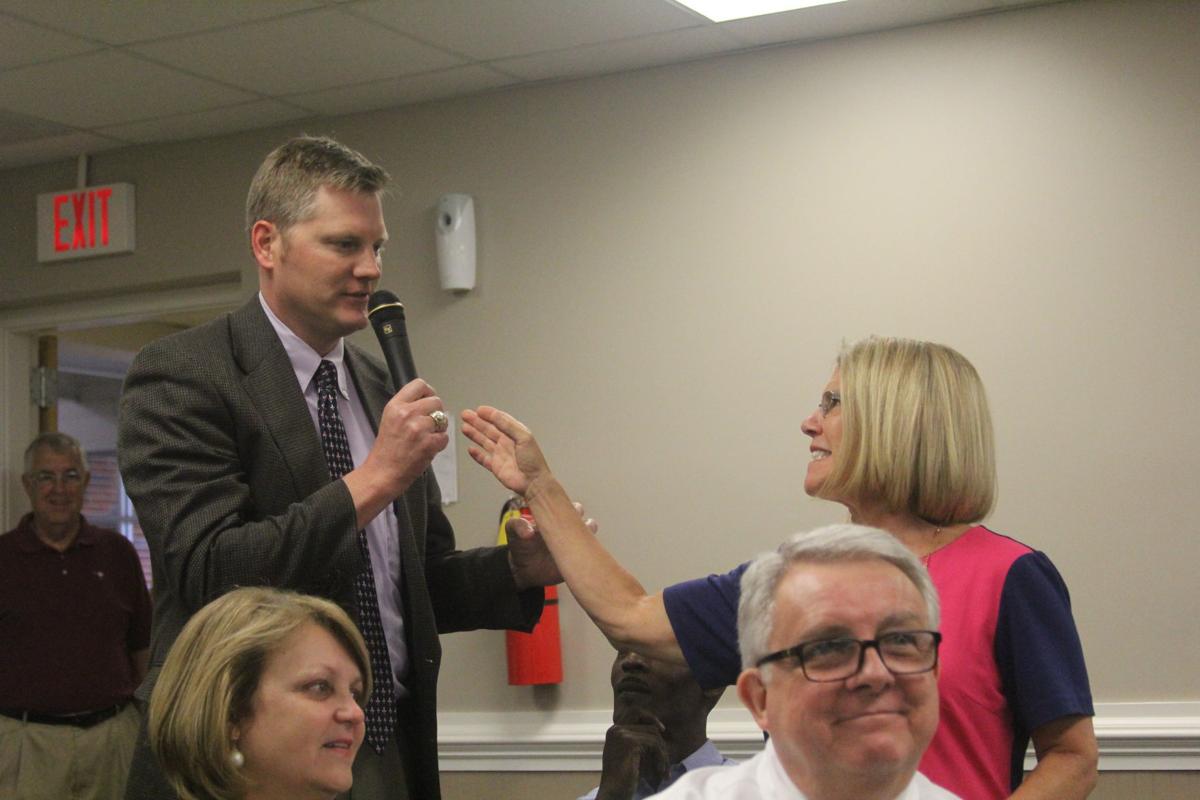 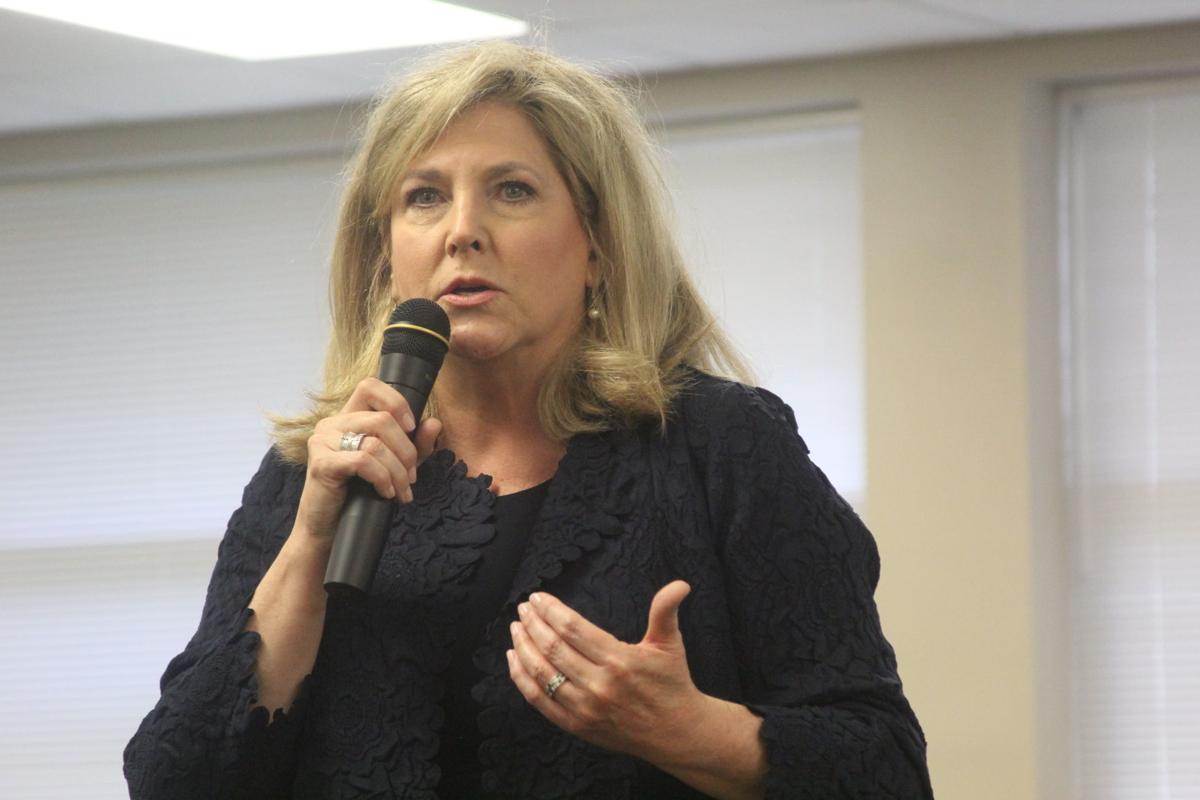 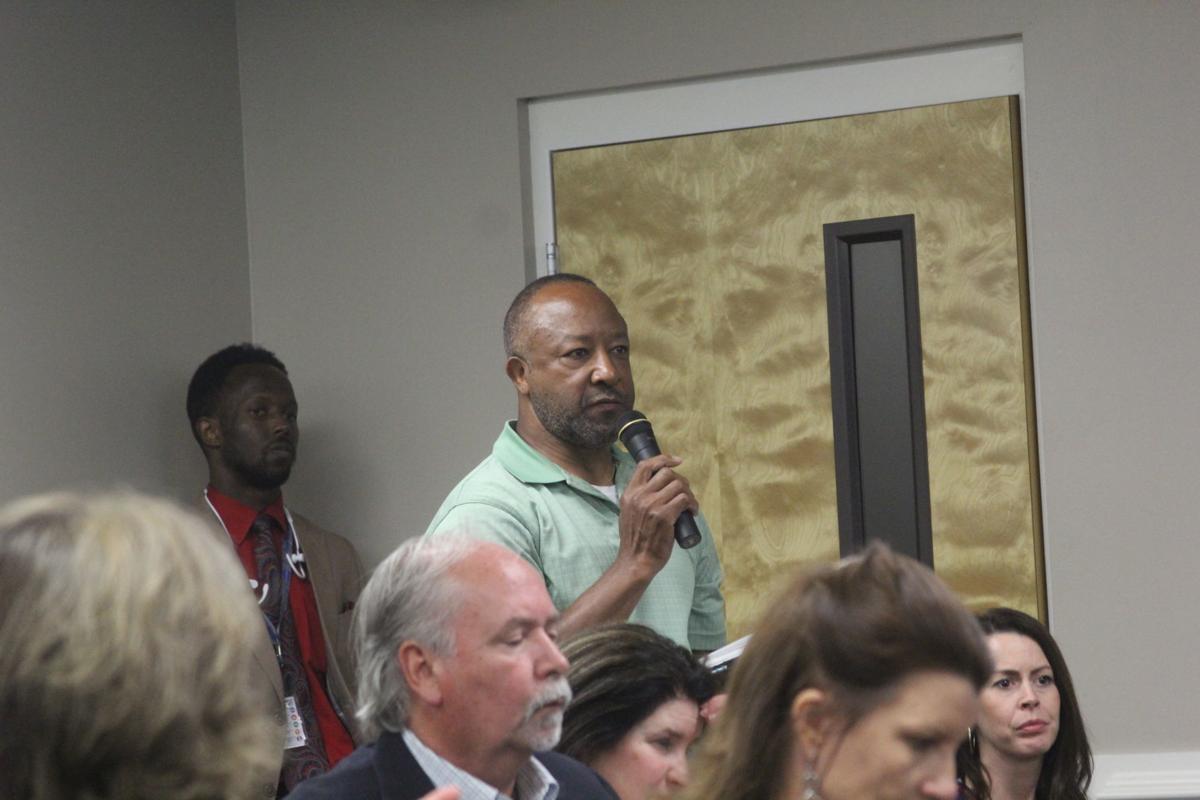 At the Wednesday forum showcasing two of the four finalists for District 50 superintendent, people in the crowd asked most of the questions, which touched upon hot-button topics like class sizes and teacher recruitment. 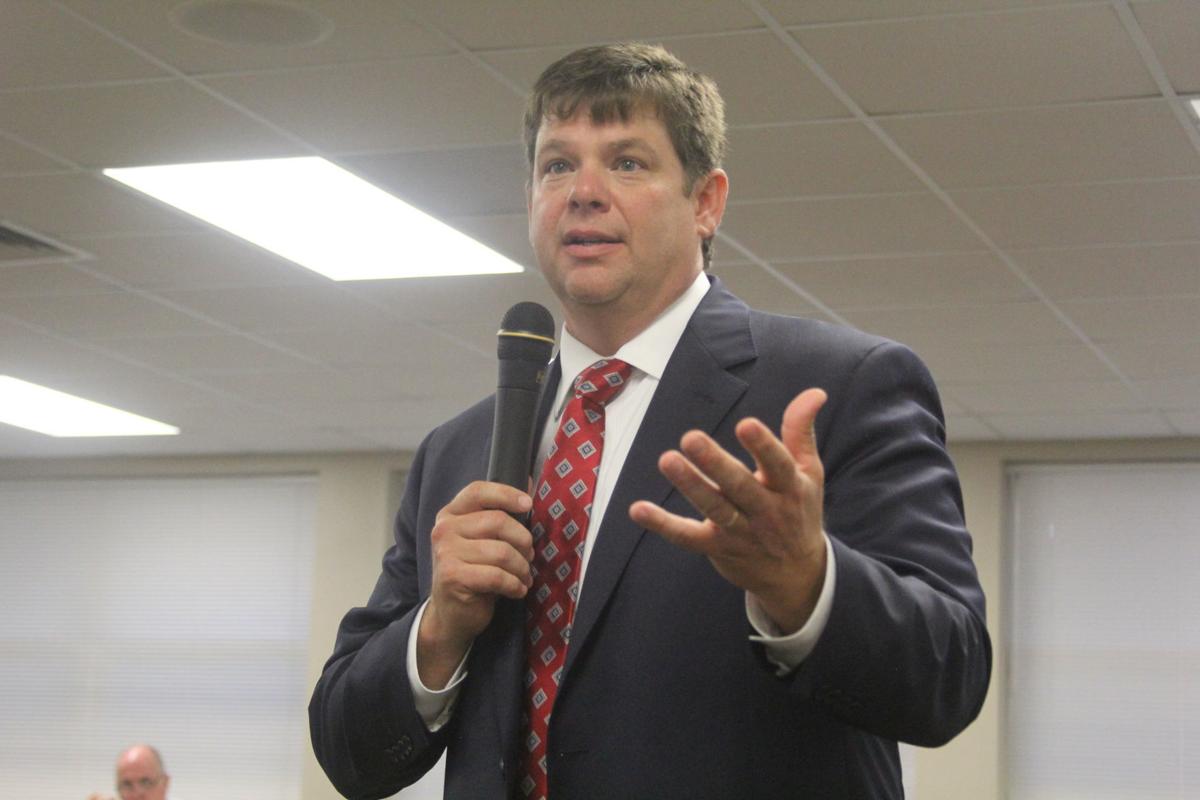 Steve Glenn was the second of two candidates for District 50 superintendent to speak to a crowd that had gathered at the Genesis Education Center.

At the Wednesday forum showcasing two of the four finalists for District 50 superintendent, people in the crowd asked most of the questions, which touched upon hot-button topics like class sizes and teacher recruitment.

The crowd that had come to see them asked the majority of the questions, which touched upon other hot topics, such as teacher recruitment amid a shortage, class sizes, testing and the teachers’ May 1 Statehouse rally.

But Jeff Smith, the executive director of the community foundation, opened the forum asking the candidates’ their opinion of the Read to Succeed act, with mandates holding back students who still struggle with reading at the end of the third grade.

Fowler described Read to Succeed as “fabulous” legislation, albeit with major flaws. “It is a wait until you fail model,” in which intervention isn’t made until third grade, when it’s already too late for a child who is struggling to read.

“Why can we not replicate (the Greenwood Promise) and provide a 4K promise where we have universal 4K?” Fowler said. “Where it’s mandatory for all students at the age of 4 to attend kindergarten? We have got to fix what’s happening on the front end of education.”

Glenn said there’s no choice but to abide by Read to Succeed and that meeting the law’s mandates is all about having enough competent teachers.

Smith asked Glenn what he would do to recruit and keep those teachers.

“My jobs to do what I need to do in order to have that culture so that they want to stay,” Glenn said. Later, in response to another question, he said, “We’ve got to let teachers be professional and treat them as professionals and allow them to teach.”

Meanwhile, small class sizes, a competitive salary, opportunities to grow and a good principal are what make teachers want to come and stay, Fowler said.

“I said today, to a group, I’m being very transparent … some teachers have left your district to come to Abbeville County, and I can tell you, it was not to make more money.” She said. “I think, addressing morale, when you have high performing schools, typically morale is high.”

In the past three months, Fowler said, Gov. Henry McMaster and the head of the Senate education subcommittee in North Carolina have called to ask her how Abbeville’s school district does so well despite its relatively high poverty rate and shoestring budget.

“You know what the number one thing I tell them is? Small class sizes,” Fowler said, something that the district had identified as a priority before she came on board in 2017. “They don’t have money to buy every software program or curriculum that every vendor is peddling.”

Glenn said District 50 does an excellent job of providing for certain groups of students, in particular, those deemed gifted and talented and those with special needs. It needs to find a way, however, to invest more in those students in the middle, he said.

David Trent, chairman of District 50’s board of trustees, said those who couldn’t make the forum could watch a recording of it at the district’s website, where they could also find a link to submit their opinion of the candidates.

The board plans on hiring the next superintendent before Darrell Johnson retires July 1.

The Latest: Zverev advances to 4th round at Australian Open