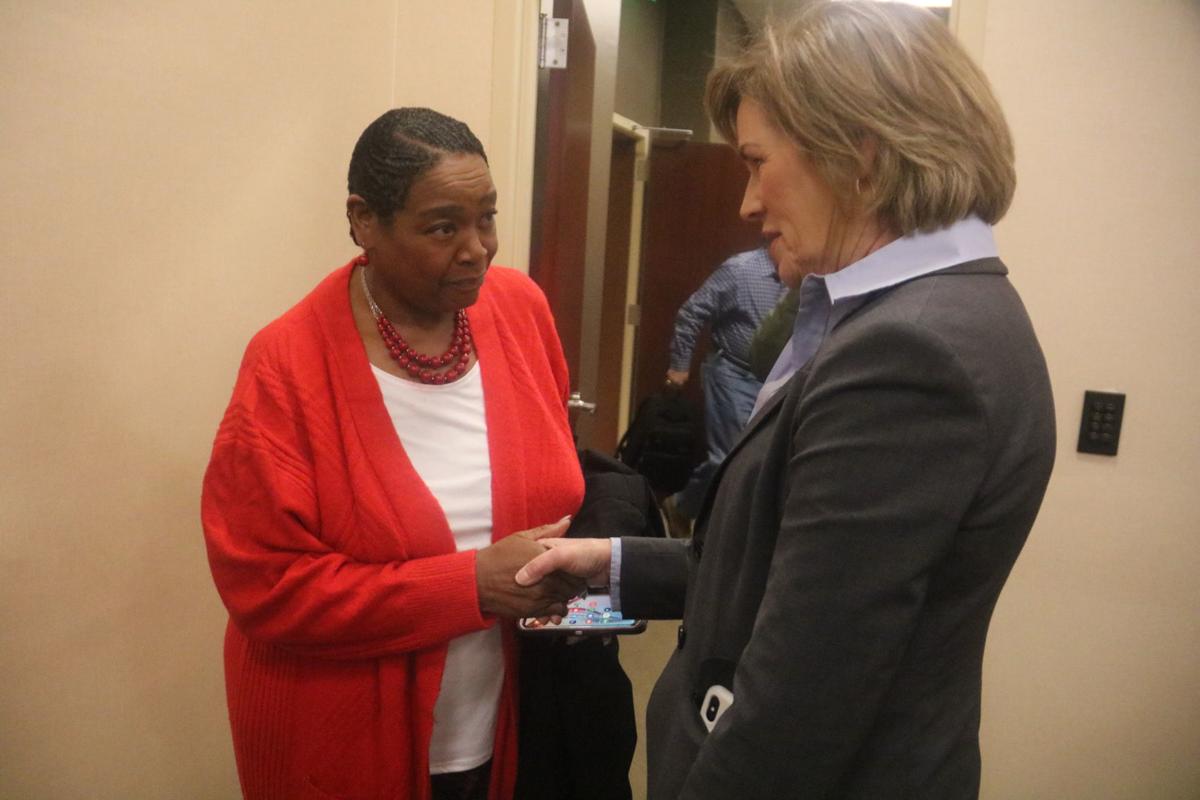 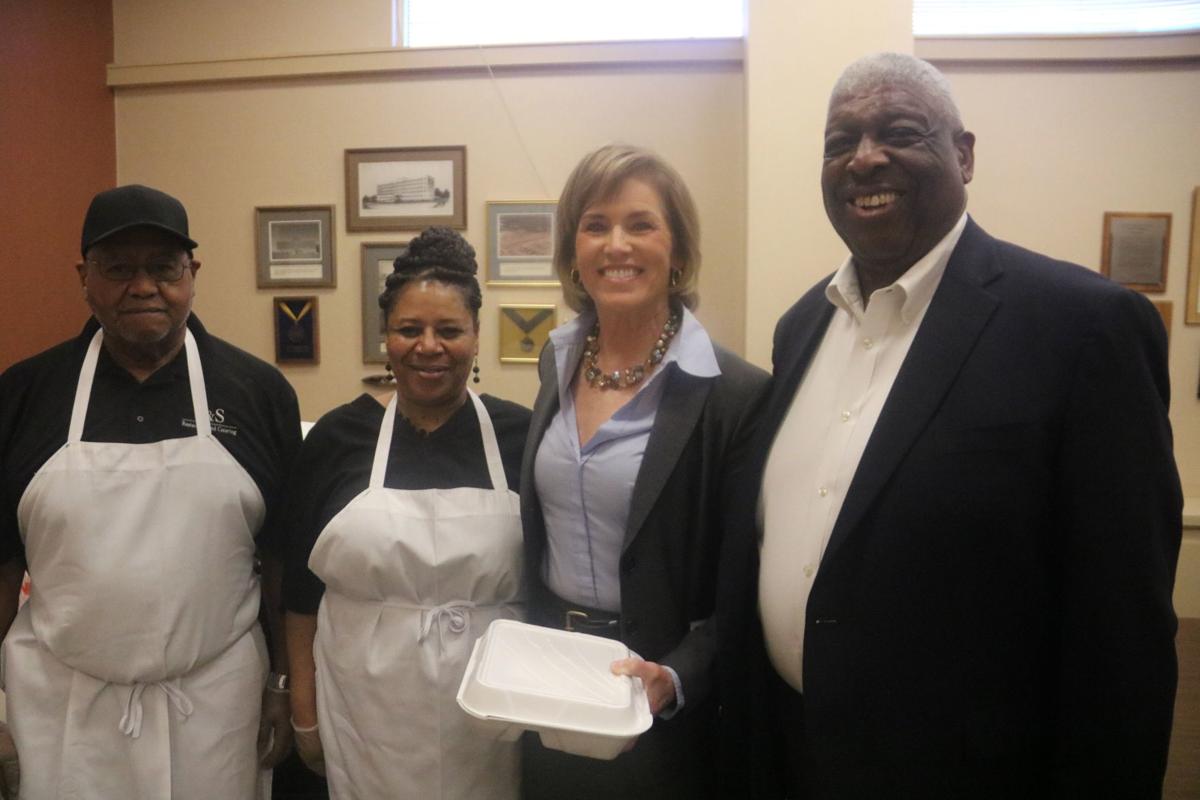 Kat Taylor, center right, poses for a picture with state Sen. Floyd Nicholson, right, and two people who prepared the meal for the luncheon. 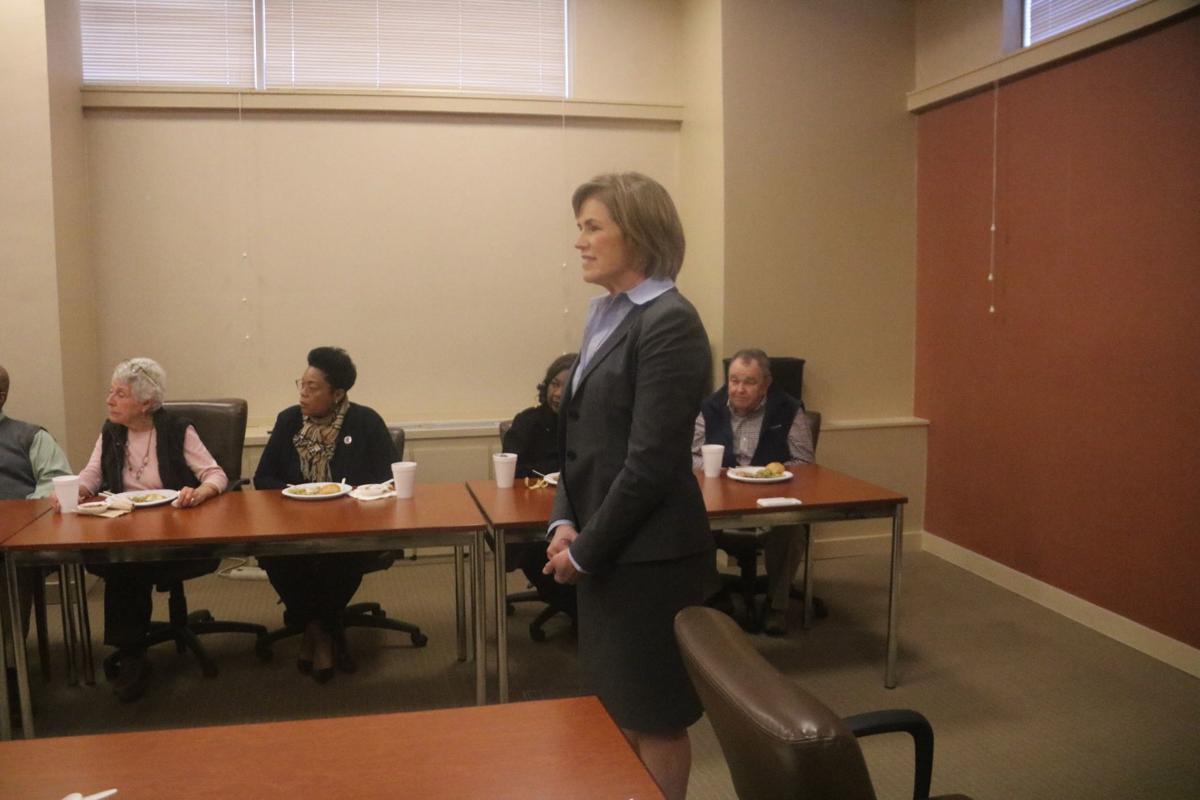 Tom Steyer's wife, Kat Taylor, spoke to Greenwood leaders about his platform and listened to their concerns.

Kat Taylor, center right, poses for a picture with state Sen. Floyd Nicholson, right, and two people who prepared the meal for the luncheon.

Tom Steyer's wife, Kat Taylor, spoke to Greenwood leaders about his platform and listened to their concerns.

Taylor stopped by Greenwood as part of a three-day tour through the state after campaigning she campaigned in Greenville on Saturday and Sunday.

“We’re spending a lot of time in South Carolina listening to the people and the communities about what the primary issues are for them,” Taylor said. “Greenwood’s a super important place and we made a special effort to get here this time and spend some time with people; seeing wonderful community-based organizations, the churches, the elected and a lot of people running tremendous organizations.”

“Who we need to appeal to is anybody who wasn’t voting before because maybe they thought their vote didn’t count,” Taylor said. “We need to give them something to vote for.”

The last time a Democratic presidential candidate carried the Palmetto State was in 1976 when Jimmy Carter challenged incumbent Gerald Ford, whose popularity did not recover after pardoning Richard Nixon, his predecessor in the post.

Taylor was adamant about Steyer’s “5 Rights” platform, which she highlighted throughout the luncheon. The platform includes having the right to high-quality education, to affordable health care, to a living wage job, to exercise individual liberties including voting and the right to “breath clean air, drink clean water and have healthy soils.”

She also said her husband would bolster traditionally marginalized groups, such as women and minorities.

“He’s very focused on constituencies like the black and brown populations, the women’s vote and the black women’s vote because those voices have been kept out of the political process too much and too long so we want to give them access to a presidential race and ultimately president,” she said.

She made digs at President Donald Trump during the luncheon in reference to the $1 trillion federal budget deficit under his administration, calling him “an absolute fraud and a failure as a businessperson and as a steward of the American economy.”

To help the economy recover, she suggested revoking the Tax Relief Act and instead “impose a wealth tax on the richest Americans.”