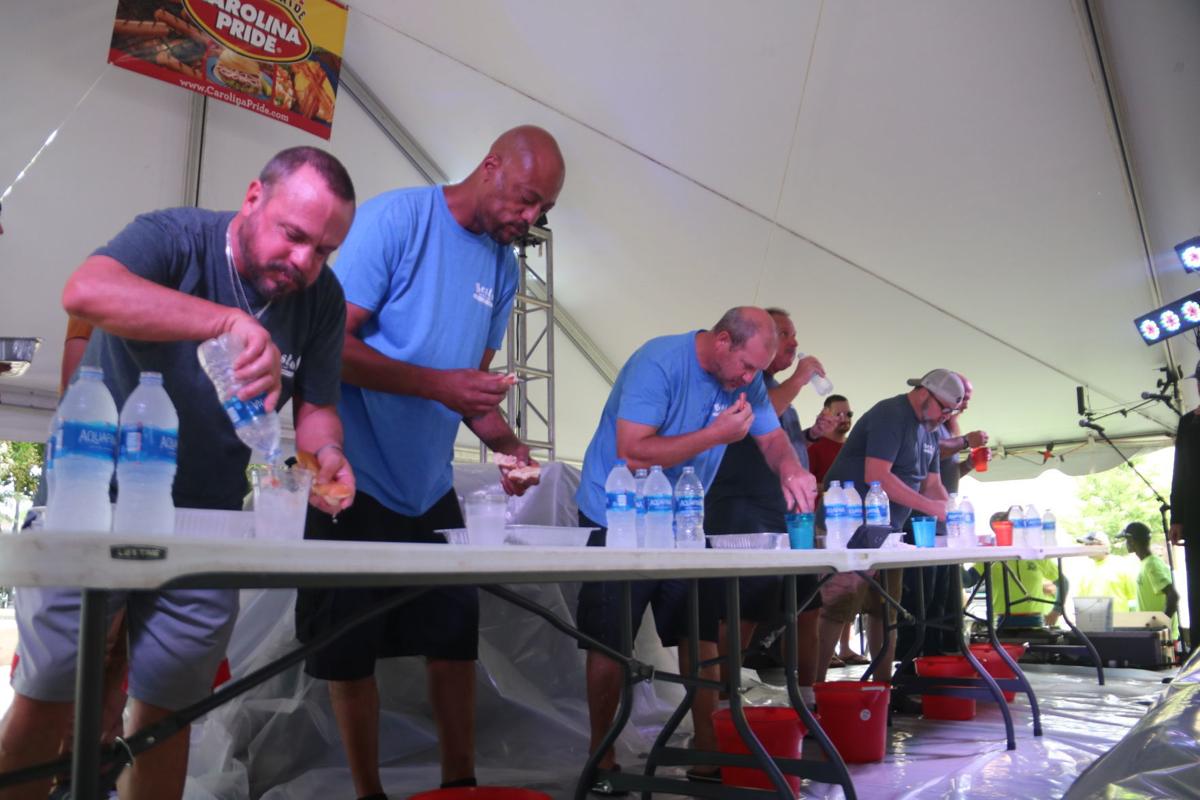 Six contestants squared off Saturday afternoon under the S.C. Festival of Discovery main stage tent to see who could scarf down as many hot dogs as possible in 12 minutes. 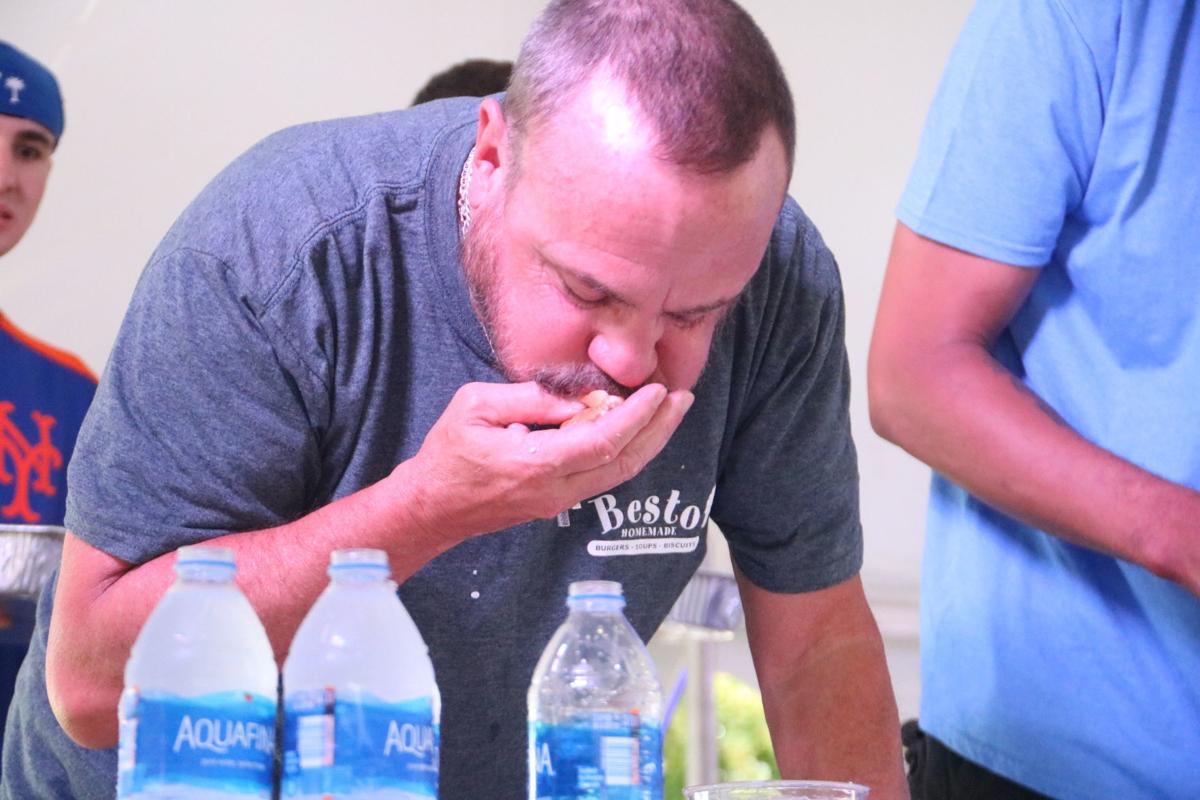 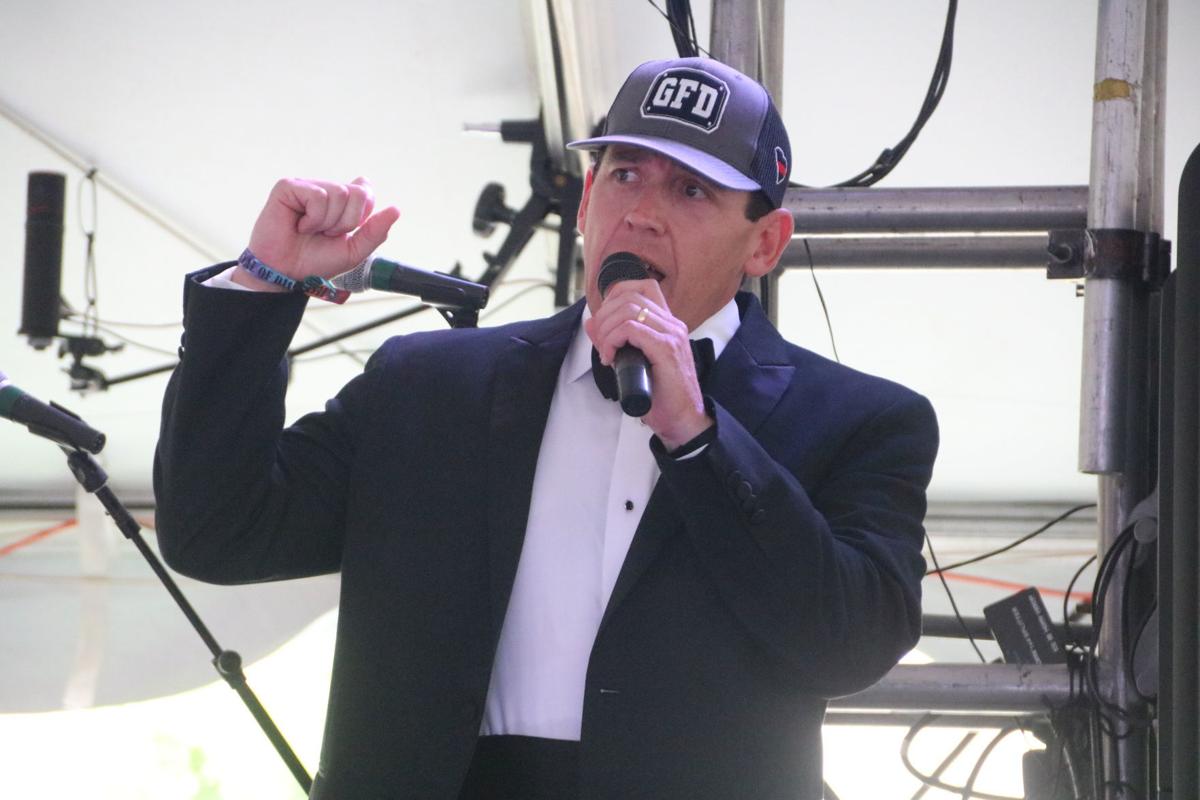 Serving as emcee for his first S.C. Festival of Discovery hot dog eating contest, Mayor Brandon Smith wore a full tuxedo as he cheered the contestants on. 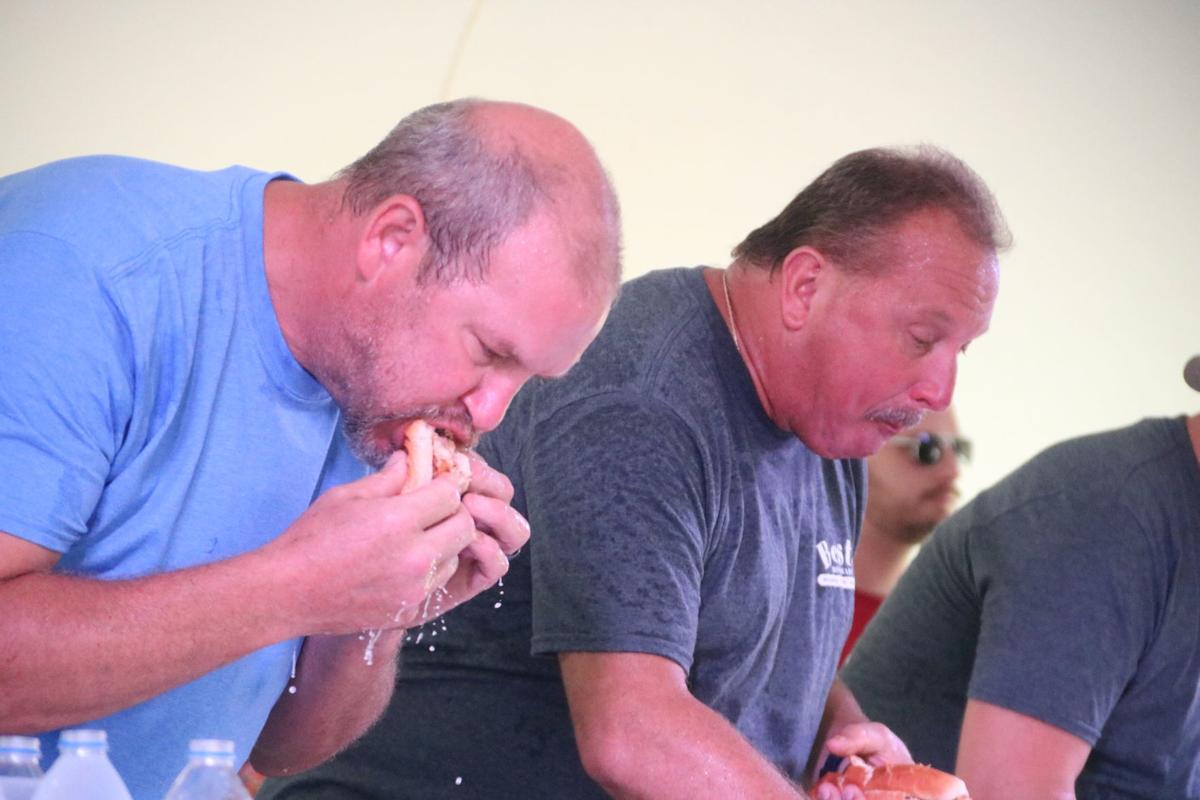 Six contestants squared off Saturday afternoon under the S.C. Festival of Discovery main stage tent to see who could scarf down as many hot dogs as possible in 12 minutes.

Serving as emcee for his first S.C. Festival of Discovery hot dog eating contest, Mayor Brandon Smith wore a full tuxedo as he cheered the contestants on.

For some it’s grotesque gluttony, but for others it’s all part of the festival’s fun.

Saturday saw contestants scarfing down as many hot dogs under the S.C. Festival of Discovery’s main tent as they could in just 12 minutes.

Each year, the hot dog eating contest brings in contestants from beyond Greenwood to battle it out onstage for the title of champion. Five-time winner Michael Diebold, of Anderson, returned to compete yet again, with hopes of wresting his crown back from last year’s winner, Mark Lyle.

“The last two years the same guy beat me, so I’m trying to take it all back,” Diebold said before the competition.

Taking the stage for his first time as the competition’s emcee, Mayor Brandon Smith is no stranger to the contest. He competed in 2014 and 2015.

“In 2014 I wore a Japanese kimono, a headband and a Breathe Right strip, with outfielders grease paint under my eyes,” he said.

The following year, Smith wore a pair of overalls. That’s it; nothing else.

This year, since he was stepping into the iconic role former City Manager Charlie Barrineau fulfilled with electrifying enthusiasm, Smith said he donned a full formal tuxedo so he could rise to the occasion.

“I’m trying to distract from my lack of Charlie-isms,” Smith said with a laugh.

A plastic tarp protected the onstage sound equipment from any spilled water — or any other liquids that might be suddenly ejected from any of the competitors. A bucket was placed underneath each competitor’s spot at the table for their convenience.

Once the countdown was finished, contestants had 12 minutes to eat as many Besto’s hot dogs as they could. Everyone started at a quick pace, but as the chants of “Eat, eat, eat” rang through the crowd and contestants’ stomachs filled with soggy buns and half-chewed wieners, the pace slowed to a sweaty, queasy crawl.

By the end of it, newcomer Bob Kuhns, a 61-year-old former competitive eater visiting from Columbia, took home the victory with 25 hot dogs eaten. Defending champion Lyle wasn’t too upset about taking second place with 20 hot dogs — besides, he and Kuhns are old friends who used to go to competitions together. He invited Kuhns to this contest.

“I knew when Bob was coming here that it would be a tough time,” Lyle said. “I wasn’t as primed as usual. Neither of us were, but it’s all in good fun. I’ll definitely be here next year.”

Kuhns, in a show of hot dog dominance, ate another half frankfurter when Smith announced he was the victor. Offstage, Kuhns said he was proud of the win, though it doesn’t come close to his personal record of 56 hot dogs, which he said he set in younger years.

The most fun competition he’s ever eaten at, he said, was a hands-free blueberry pie eating contest. Though Greenwood’s hot dog contest didn’t get quite as sloppy, the dog-downing champion still walked away a happy camper.