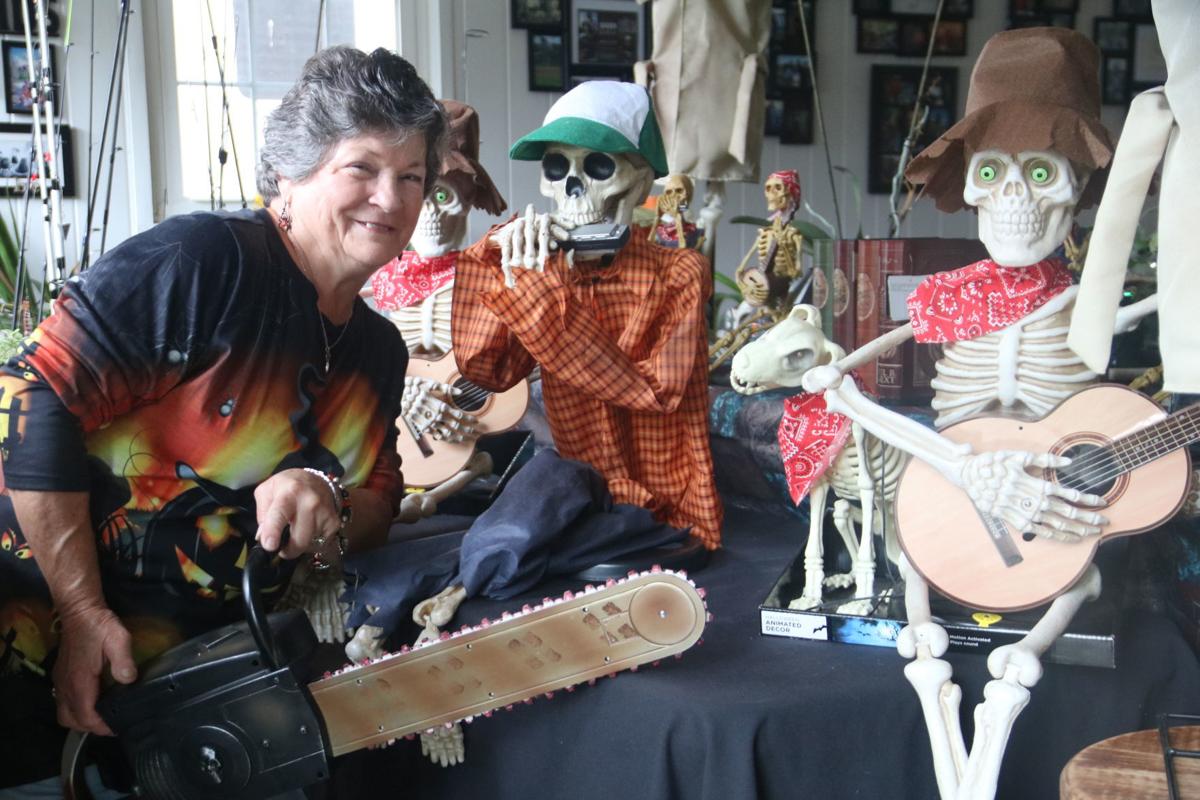 Brenda Barnett goes all out for Halloween each year, decorating her house with fun animatronics and props that help make the day a frightfully fun festival for all the children who come trick-or-treating. 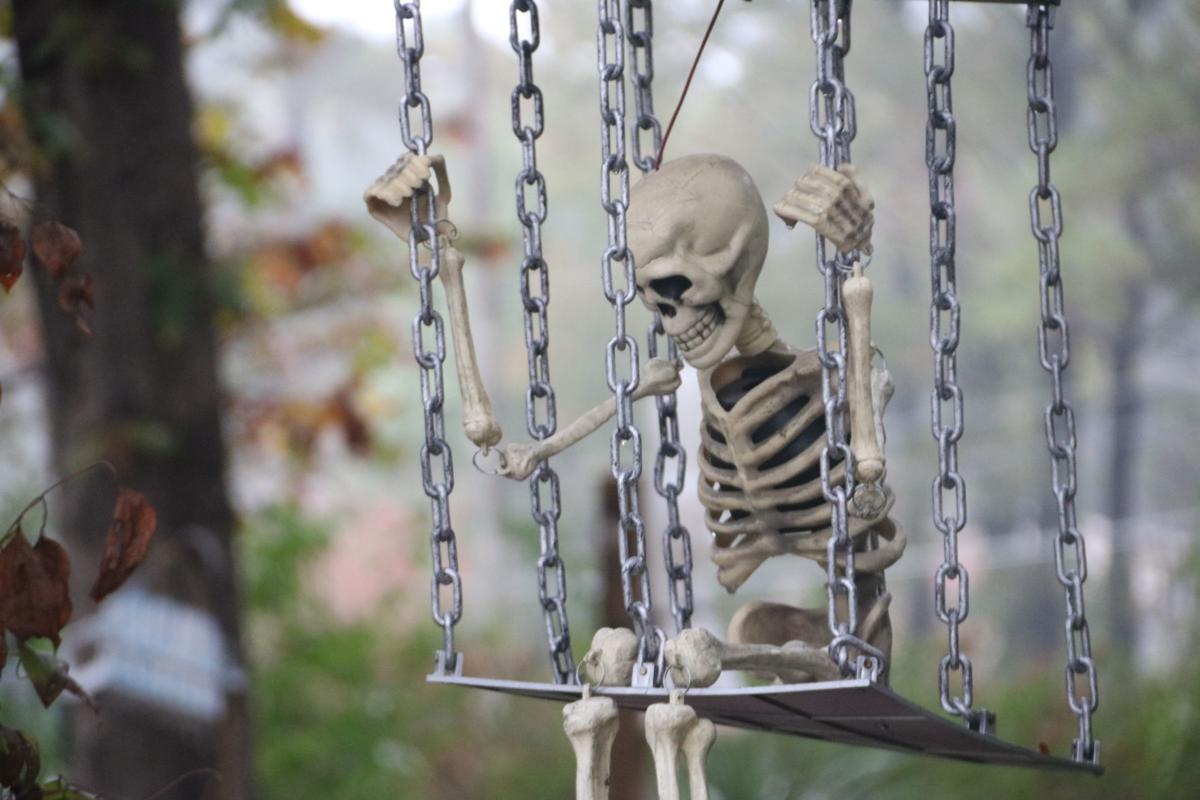 Over years of decorating for Halloween with her family, Brenda Barnett said she has amassed a collection of spooky seasonal characters. 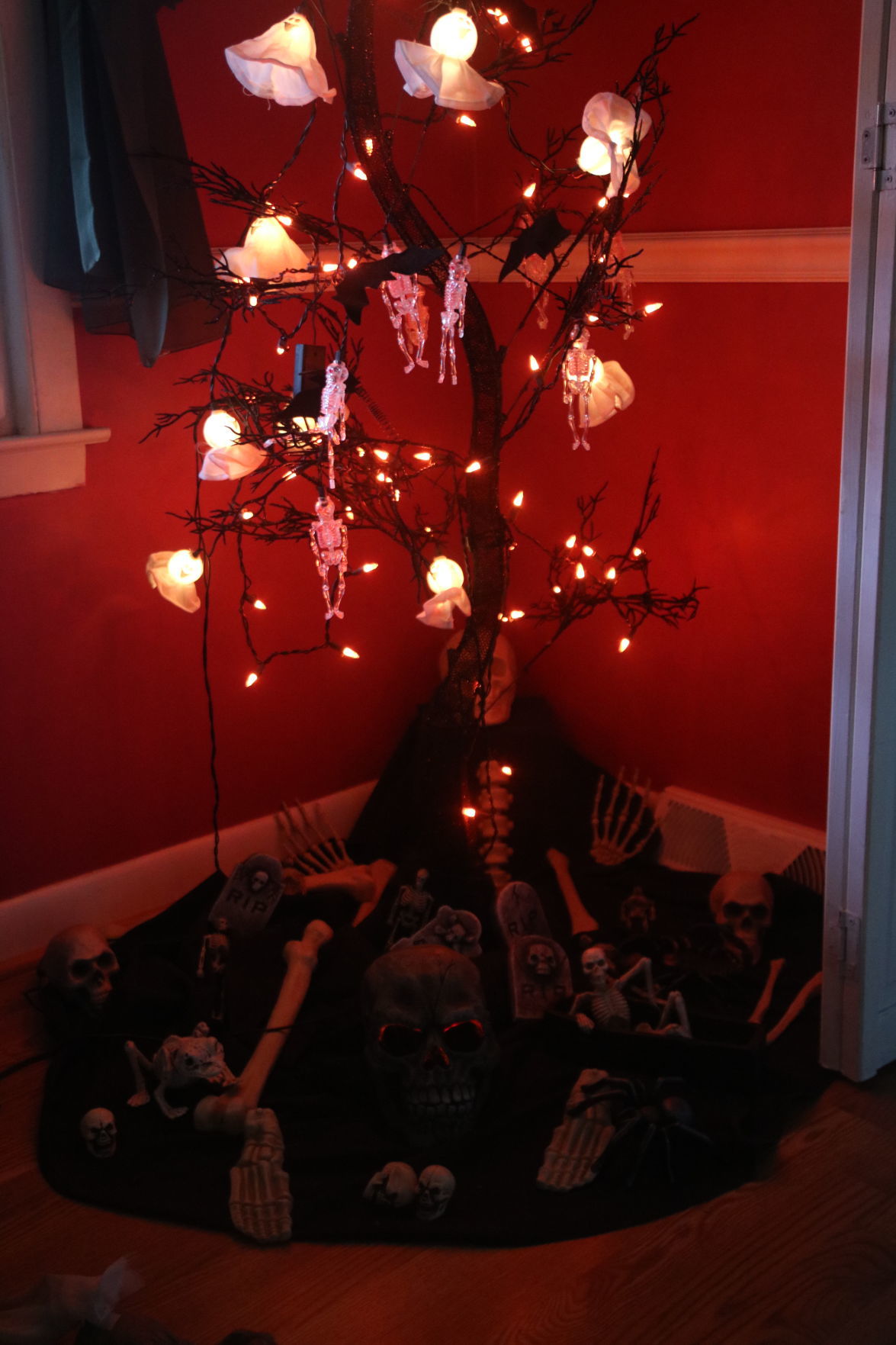 Even inside her Belle Meade home, Brenda Barnett decorates as much as she can to create a fun, spooky atmosphere for trick-or-treaters who stop by on Halloween.

Brenda Barnett goes all out for Halloween each year, decorating her house with fun animatronics and props that help make the day a frightfully fun festival for all the children who come trick-or-treating.

Over years of decorating for Halloween with her family, Brenda Barnett said she has amassed a collection of spooky seasonal characters.

Even inside her Belle Meade home, Brenda Barnett decorates as much as she can to create a fun, spooky atmosphere for trick-or-treaters who stop by on Halloween.

Halloween has a special place in many people’s hearts, inspiring creativity and an interest in the ghoulish and macabre.

But it’s all in good fun, and the specters and skeletons that haunt so many well-decorated houses are there for the enjoyment of the costumed trick-or-treaters who will stalk the night seeking candy from door to door. For Brenda Barnett, the fun started with her family and over decades blossomed into a tradition that her whole neighborhood takes part in.

Flying ghosts, spindly spiders, cackling witches and skeletons galore haunt her home in the Belle Meade subdivision. She’s been living there with her husband, Bob, since the 1970s and always loved to decorate the house for Halloween and Christmas for her children. Then she kept decorating it for her grandchildren, and even though some of them have graduated college now, she still decorates with her family.

“I get carried away sometimes, but we grow each year,” she said with a laugh. “That’s what it’s all about: It’s for the children.”

She delights in seeing the children explore her yard, filled with inflatables, animatronics and props of all kinds. In a cast iron “witch’s cauldron,” she keeps chili hot for her family and anyone who wants to eat with them. Inside her home, she’s decorated from floor to ceiling and will let trick-or-treaters walk through a part of it to get their candy and experience some fun frights.

“Kids just love the excitement,” she said. “People stop by and say they really appreciate this for the community. The work is worth it, always.”

She starts decorating in the last couple weeks of September and has the decorations up and lights on by Oct. 1, so people can enjoy the atmosphere and aesthetic all month long. She does the same thing for Christmas, which is why she said neighborhood children have dubbed her house “the light house.”

She said tonight, weather permitting, her yard will have a robotic skeletal band playing music, and she’ll be serving themed snacks like deviled egg eyeballs, spider sandwiches and hot dog mummies. Her family helps set the tone for the evening, and her son, Tracey Barnett, likes to dress up in costume to delight and spook children who stop by.

“I just like the decorations and I like seeing kids get scared,” he said. “It’s fun to get a good scare.”

The scares are fun because it’s harmless fright, said Ryan Hewitt, director of the recent Greenwood Community Theatre production of “The Addams Family.” It’s what’s behind the appeal of scary stories and horror movies — the audience can imagine themselves in the dangerous situations the characters are in, but without being in any real danger.

“And the people in those movies always make the worst choices, and that’s the thing — you’re always watching and saying ‘I wouldn’t have gone in that house,’” Hewitt said.

Halloween is about making the grim and ghoulish fun and enjoyable, which is what appealed to Hewitt in directing “The Addams Family.”

“Everything they’re doing is absolutely normal to them,” he said. “I think it’s really cool to think about, for a Halloween show, that this stuff we celebrate once a year like dressing up and things being really spooky, to ‘The Addams Family’ that’s totally normal.”

Halloween is naturally fun as a performer, he said, because it’s a theatrical holiday. Putting on a costume and pretending to be someone else is what actors do all the time, so having a holiday where everyone gets to give it a try is a blast, he said.

Worry, haste, retail therapy: What have we bought and why?

World TeamTennis plans to have fans at West Virginia matches